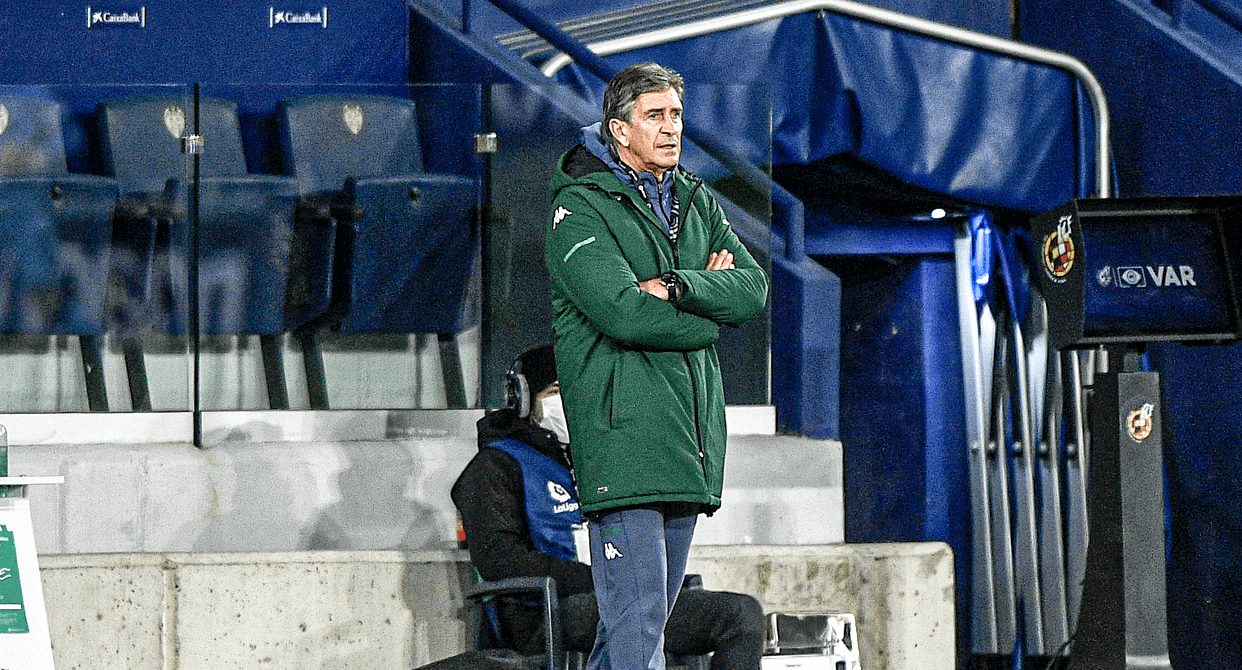 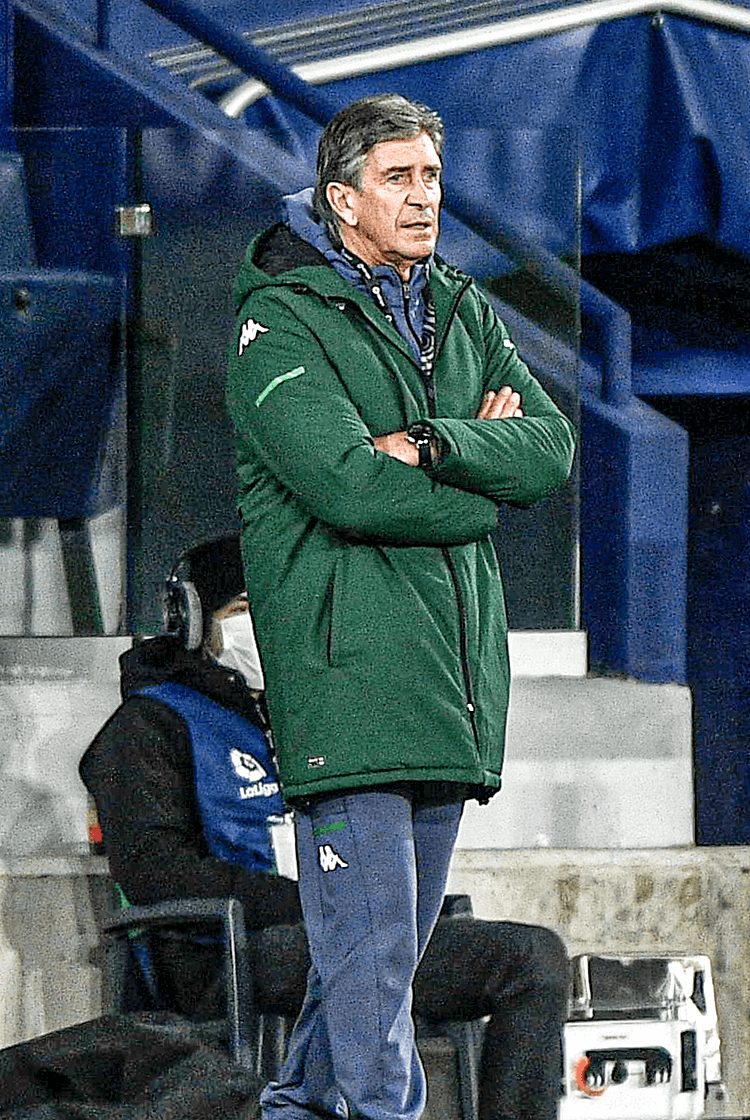 Profile
It was the experienced and respected Manuel Pellegrini, perhaps arriving in Seville with a point to prove, Real Betis turned to when recruiting a new manager to lead them into the 2020/21 La Liga season. The Chilean was sacked by West Ham in December 2019, the first club he struggled at since so impressively enhancing his reputation while at Villarreal.

Having built Villarreal's best ever team, he continued to succeed to varying degrees at Real Madrid, Malaga and Manchester City, before a move to China's Hebei China Fortune preceded him heading to London, after which Betis became the ideal next move. Inheriting a squad in which full-backs Emerson Royal and Álex Moreno, and Sergio Canales, Guido Rodríguez, Borja Iglesias, Joaquín and Nabil Fekir were already established, he has started to develop another entertaining team.

Playing style
Preparation is one of the crucial aspects of Pellegrini's management. He increasingly favours a 4-4-2 system that evolves into a 4-2-3-1 when his teams attack, and one that features a passing game built from the back and geared towards retaining the ball for as long as possible. A core feature of his sides' attacking play involves positioning wide forwards high but them then attacking infield, encouraging their full-backs to eventually contribute in the final third.

He also demands his players believe in themselves, because of his belief that a collective confidence breeds a big-team mentality and inspires that team to be greater than the sum of its parts. He memorably transformed Villarreal, previously a small club, into one of the best teams in Spain and, for a period, Europe. Although his structure then involved using two strikers, who alternated their runs and positioning, Pellegrini’s full-backs consistently made slightly delayed overlapping runs. Consistent movement across his teams’ attacks have been another familiar theme, which, when undertaken correctly by those in midfield, create further spaces for his strikers to rotate into.

At Real, Pellegrini adapted his approach to most commonly use a 4-2-3-1 and 4-3-1-2, both of which represented particularly attacking in-possession shapes and featured freedom for either Kaká or Rafael van der Vaart, and Cristiano Ronaldo playing behind Gonzalo Higuaín, Karim Benzema or Raúl. Xabi Alonso, complemented by Marcelo and Lassana Diarra, provided a key, vertical passing link between their defence and midfield.

Real’s game was quick, yet organised, frequently featuring third-man runs and triangles to generate spaces in between the lines (below), and a noticeable change of pace in the final third to pursue the spaces that were created in behind. The dramatic overhaul of Real’s squad in that summer of 2009, however, meant that the Chilean struggled to use a consistent XI and had to remain patient while new signings settled and adjusted to the movements and rotations he demanded.

His next position came at Malaga, where his team converted from a 4-4-2 to attack with a 4-2-2-2 designed to encourage both numerical superiority in the final third and attacks with numbers through the centre of the pitch. Joaquín and Santi Cazorla supported attacks led by Isco, Julio Baptista and Ruud van Nistelrooy, who worked to occupy their opposing defenders and therefore to create spaces for their teammates. The full-backs behind them again delayed their advances before eventually providing the main elements of their attacking width once those sought-after overloads had been created.

When attacking they worked to pin back opposing central defenders through their numbers in central areas, where secondary movements created imbalances in the opposing defence with well timed forward runs and rotations. It was also relevant that Malaga had high-quality attacking players whose variety invited Pellegrini to subtly change his team’s attacking strategy according to the demands of each game. A high technical ability is another necessity for Pellegrini, as was shown when possession was progressed through the lines of their structure; a direct approach remained only a last resort.

City, who Pellegrini inspired to the Premier League title in his first season in English football, regularly started with a 4-4-2 but, unlike in Malaga, attacked with a 4-2-3-1. Fernandinho and Yaya Touré and their back four frequently started building play, and Touré was encouraged to advance further and lead the next phase of their attacks. Their right-sided forward Jesús Navas largely maintained a wide role to draw his opposing left-back with him, and therefore to encourage the influential David Silva to operate between the lines. Similarly to Malaga, numerous players attacked through the inside channels, where Sergio Agüero and another – perhaps Samir Nasri – drew the opposing central defenders out of position, again creating space for delayed advances from their full-backs (above). The use of a second striker in Álvaro Negredo or Edin Dzeko furthered City’s central attacking presence.

In his next position in England at West Ham, Pellegrini again favoured a 4-4-2 and 4-2-3-1, but unlike in his previous roles he also often used a single pivot at the base of midfield. West Ham sought to quickly attack after regains often made via their withdrawn defensive block – in contrast to the possessional dominance and higher pressing demonstrated by City and Real.

Declan Rice’s role in operating between their defence and midfield gave increased freedom to those in front of him. Even during transitional moments, Pellegrini instructing his attackers to occupy both the opposing central defenders – one ran in behind, and the other supported in deeper territory and combinations into wide players moving infield – mirrored the attacking structure of many of his former teams, and featured similar changes of pace and attacking depth.

Most recently with Betis, Pellegrini has prioritised a 4-2-3-1 that is particularly similar to that he oversaw with City. Fekir operates as their number 10, and offers a variety of runs around forwards Loren Morón, Borja Iglesias, Cristian Tello, Aitor Ruibala or Joaquín. Their full-backs Emerson and Alex Moreno advance as their two defensive midfielders progress the ball forwards, and Tello, Ruibala and Joaquín run infield to create space for overlaps to be made. Where they are more similar to Pellegrini's other previous teams can be seen in the way their wide forwards work to pin back the relevant full-back to create space for Fekir, or Sergio Canales advancing from central midfield, between the lines (below).

Pressing and defending
A consistent feature of Pellegrini’s best teams has been an organised and stable back four that provides security for those pressing higher up the pitch. In the same way that they contribute so much going forwards, when his teams are transitioning into defence, his full-backs move to limit the spaces that exist in central areas and aggressively press from alongside his defensive midfielders.

Malaga often defended with a 4-4-2, and Pellegrini prioritised complementing a compact defence (below) within a mid or high block with an intense press that proved most effective in the moments after his side conceded possession, when the numerical superiority that often existed in the central areas of the pitch facilitated quick regains. When the numbers they offered there meant teams eventually sought to avoid them and to instead transition into the wider areas, their full-backs advancing, after a delay, also made it easy to initiate a wider press that could have been played around had they done so at an earlier stage, making them essential to the control Pellegrini sought.

During his three seasons in Manchester, City were among the Premier League's leading teams for making regains in the attacking half, which they did via a similar pressing structure to that seen with Malaga. Their 4-4-2 featured a central midfielder, most commonly Touré, advancing to support behind their front two; from their 4-2-3-1, their number 10 would advance to alongside their starting striker to also form a 4-4-2, and their wide forwards worked to block passes infield and then pressed outwards towards their opposing full-backs. Nasri, Silva, and Navas were particularly effective at doing so.

In contrast, throughout his one full season with West Ham, Pellegrini’s team ranked lowest for regains in the attacking half. Instead of pressing with aggression and height, they prioritised creating space to counter into. That they increasingly struggled to break down resilient defences contributed to their press being replaced by a defensive screen that was much deeper than is common for one of his teams. There, similarly, were occasions when a 4-3-3 was used to increase the numbers with which they defended in midfield, and from which their wide forwards were responsible for tracking back with their opposing full-backs and to add numbers to their defensive block and the pressure they attempted to apply infield. If a reduced higher press and reduced regains were a consequence, they did succeed in tempting opponents forwards, and therefore in creating spaces they could transition into after regains.

As with City, Betis press with both a 4-4-2 and 4-2-3-1. Their double pivot is extremely active in supporting higher pressure – one of the two regularly advances to support those in front of them, and most commonly does so when Fekir is particularly high and alongside their striker (above), instead of behind him.

Their wide players are more cautious than were City's. They work to become compact and contribute to the formation of their slightly withdrawn 4-4-2, but remain committed to supporting higher pressure and, when needed, taking their opposing full-backs when doing so. Should one of those wide players advance as their highest presser, the full-back behind him will also advance, and their double pivot will drift across to provide secondary cover. There is little doubt that for Pellegrini the flexibility to defend and press with either a 4-2-3-1 or 4-4-2 remains key.