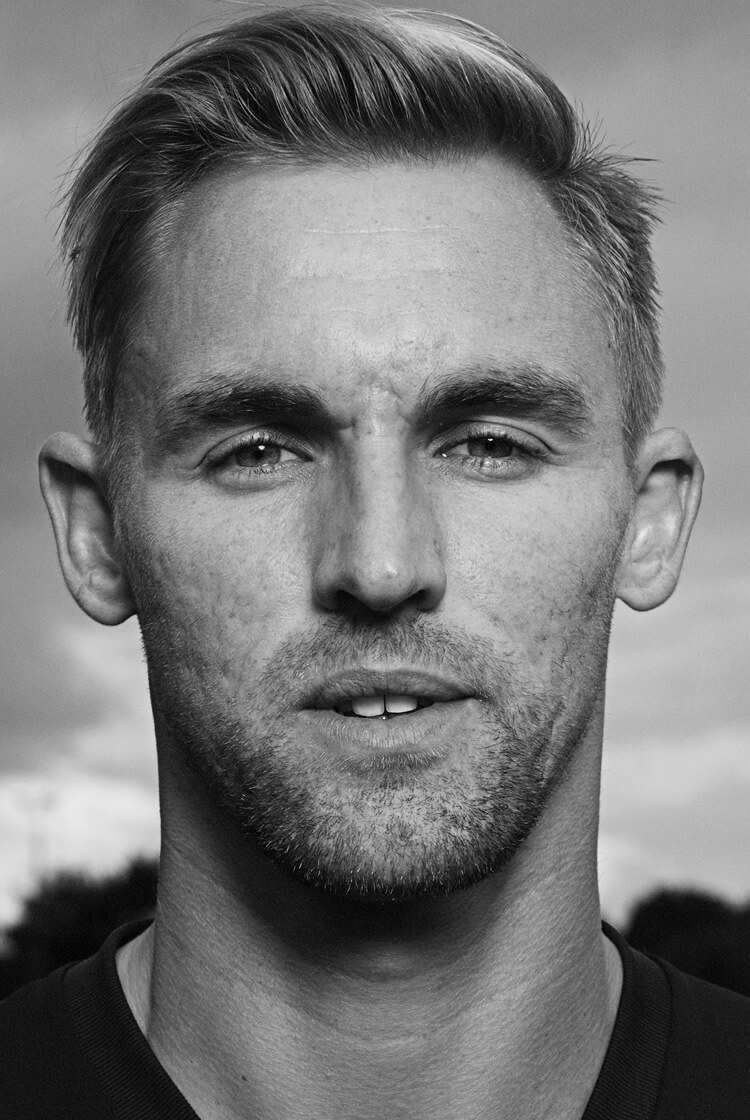 I remember it really clearly.

We were playing a game of two-touch and, when the ball came to him, he spun really quickly and dinked Rob Green from about 25 yards.

Everyone just stood there and applauded. It was the most outrageous goal I’ve ever seen.

You could say Gianfranco Zola made an impression in our first training session with him after he became West Ham manager in 2008.

He’d only joined in because we were a player short in a small-sided game. The thing that really sums him up is that, as we were stood there applauding, he started apologising to us.

He was genuinely sorry about what he’d just done. He just couldn’t help himself.

From that moment on, the boys really wanted to work hard for him and learn from him. I think that was a real reason we did so well that first season he was in charge.

I loved playing for Gianfranco. To get the chance to learn from someone like him was incredible. As a youngster, he gave me real belief that I could get in his team and have an impact in first-team games.

Now that I’m a coach, it’s really useful for me to be able to look back at my own playing career. I’m fortunate to have that experience of playing at the highest level.

But when it comes to coaching, I’m still finding my way; still trying to build my own philosophies and ideas, and to put my own twist on how I intend to go about it.

Part of that means taking little bits from every coach and manager I worked with. With Gianfranco, it’s the amount of time he took to try and understand you as a person – not just as a player.

"Gianfranco Zola was always looking to give us that edge"

Obviously results were very important, but for him it wasn’t just about results. He also wanted to try and help you develop as a player.

We’d have a training session with the team, then he’d want to work with me for 15 or 20 minutes afterwards, to try and improve bits of my game. He obviously felt he could improve me and knew that, by doing that, it was going to have an impact on the team.

Even at times when I wasn’t close to the starting line-up – when I was just a young lad – he took the time to do that. It wasn’t just me, either. He’d be doing free-kicks with Diego Tristan and Mark Noble after training – trying to teach them how to hit them the way he used to.

I also remember how he took the extra time to ask how your day was or how your family were. That’s the stand-out stuff I take from him, and that I try to input into my coaching now.

It wasn’t just Gianfranco who left a mark on me, though.

Sam Allardyce opened my eyes to a lot of things. His attention to detail is probably second to none in terms of the way he shaped his team, knowing everything about the opposition, and knowing your job inside out within the team.

He’s probably one of the best I’ve ever seen at using video analysis and doing the classroom work. You knew exactly what you had to do when you went out on to the pitch.

There’s no secret. That’s the reason why he’s had success almost everywhere he’s been.

"Sam Allardyce’s attention to detail – it's second to none"

Sam was very ahead of a lot of people. Always looking for that edge; that extra percentage. Whether you could find it from doing ice chambers on a Sunday, or by getting the cryotherapy chambers down to the training ground, or improving our nutrition and trying beetroot shots or different supplements that might give us that extra percentage when it really mattered.

I was also fortunate in that I got to work under Eddie Howe at Bournemouth. I really like the way he went about his business in terms of his training. The intensity; how organised he was.

Leading up to a match day, his preparation was incredible. It was a real eye-opener to see someone like that being so obsessed and dedicated – sending his team into a game every weekend in the best position possible.

I played under some fantastic managers, but I’m also making sure I listen to voices from outside of football. You can learn a lot from successful people, whether they’re from rugby, cricket or any other sport or business. It’s always good to hear their take and different ideas on things.

If I hear or see something I like and feel that it’s going to help me develop and, more importantly, help the kids develop, then I might try to input it into what I’m doing. Why wouldn't I?

Every day I’m learning new things, whether it’s from the great coaches I’ve been working with, or whether I'm just trying out new things myself.

We want to give the players every tool they need to get a job out of the game of football. So there’s lots of video analysis work; gym work; psychology sessions. We’re just trying to tie everything together so they’re in the best position to succeed.

If you asked the boys what kind of coach I am, they’d probably say: enthusiastic. I love being out on the training pitch and I try to make sessions fun.

I look to give players a bit of freedom within a structure. I like players who are able to express themselves – not playing safe and feeling as if they’re strapped in.

I want them to be loose and really show me what they’re like. Both as people, and out on the football pitch.

There’s just one thing that gets to me now that I’m a coach – I can’t stand it when players are just going through the motions and not giving their all. I can’t accept that.

Whatever club you’re at, you’re not going to have 20 lads out of a squad of 20 who are fully focused. You know the ones I mean – those who have that real love and desire for the game, because being a footballer is all they’ve ever dreamed about.

It’s about pinpointing the ones who do have that, and focusing on helping to develop them. Of course, there might be one or two who surprise you along the way, but you can only get so far on talent. If you aren’t going to work hard, and don’t have that desire – that willingness – to do it day in, day out, then there’s only so far your talent is going to get you.

If a player gives me everything, but makes mistakes in training or a game, then I really don’t mind – it’s about learning. But to get the most out of that learning, they have to put everything in.

It’s exactly the same for me as a coach.