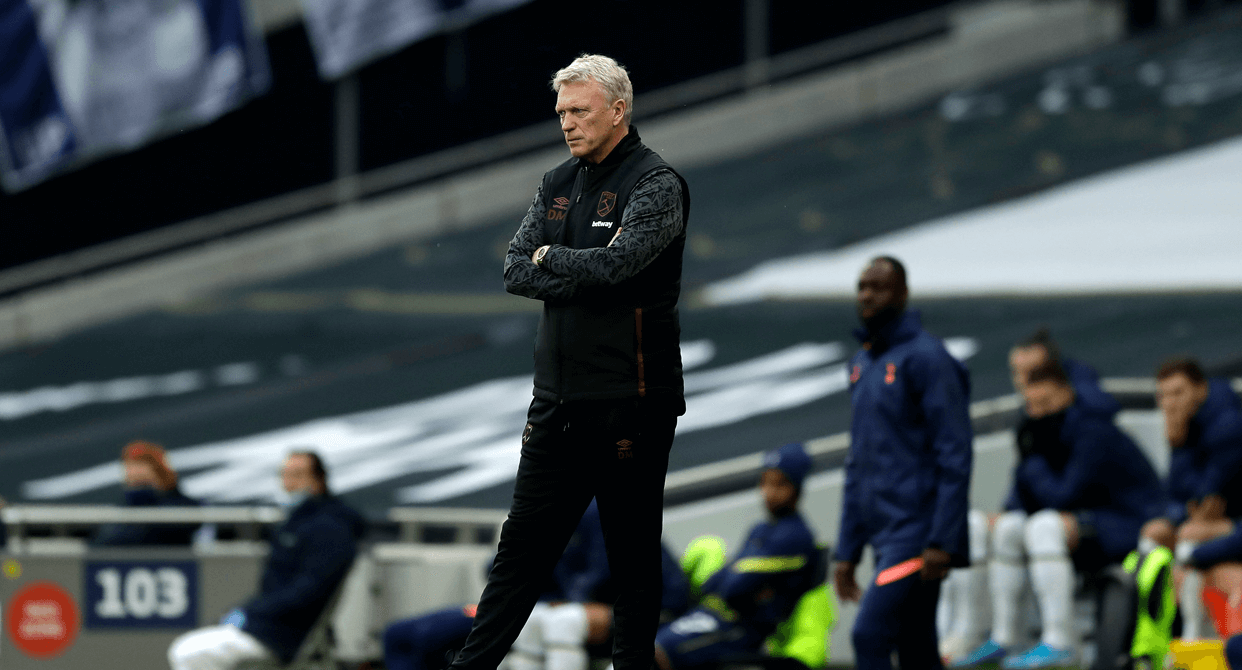 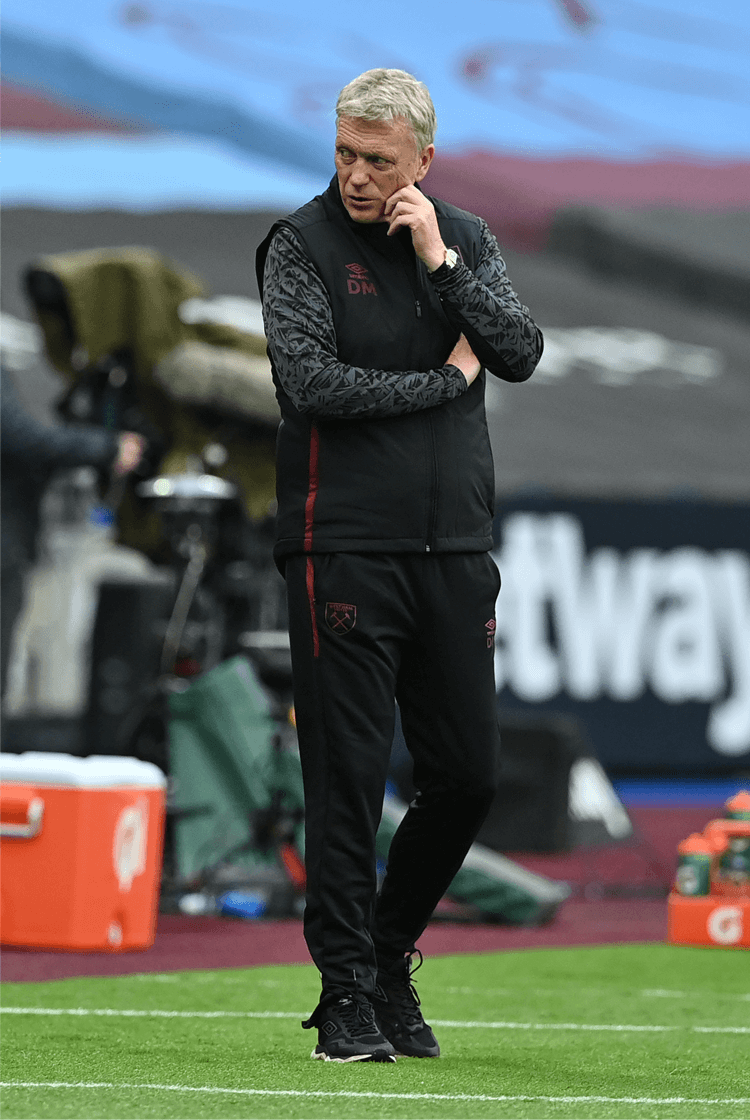 Profile
When West Ham appointed David Moyes to preserve their Premier League status they were doing so for the second time in three seasons. It was December 2019 when he succeeded the sacked Manuel Pellegrini, appointed in the summer of 2018 after Moyes had first led them to safety following the departure of Slaven Bilic.

By December 2020 West Ham were not only still in the Premier League, they had made such a promising start to 2020/21 that they had moved into contention to compete for a return to European football for the first time since 2016. Moyes' reputation, having suffered during his time at Manchester United and Sunderland, has also been rebuilt, and not least because of the recruitment of Jarrod Bowen, Tomas Soucek and Vladimir Coufal that has proved similarly effective to that he oversaw while managing Everton. "There might be periods of the season where we have to change but at this moment in time it’s working," the Scot said of his team's progress. "I (also) want to be flexible and play with a back four when we need to and play with two centre forwards when the time is correct as well."

Playing style
As once applied to Everton, West Ham are increasingly attacking with width, and demonstrating a variety of rotations and movements around their influential full-backs or wing-backs. Leighton Baines, particularly, sought to play direct, diagonal passes into the penalty areas; that approach evolved when Everton's full-backs advanced further and overlapped their wider midfielders, who attacked infield.

West Ham offer further rotations away from the in-possession player, particularly if their system features a back three – one in which Aaron Cresswell often advances as their left-sided central defender to provide an additional wide option capable of feeding their attack (below). Their use of a back three – a 3-4-3 or 3-5-2 – made a significant contribution to their results improving during Moyes' first spell as manager, when they often played directly to Marko Arnautovic, who, like Manuel Lanzini, rotated away from their opposing central defenders.

A back three has been rarer since his return, owing to what has largely been a preference for the 4-2-3-1 with which Everton – who regularly reorganised into a 4-4-2 because of the ability of Tim Cahill and Marouane Fellaini to advance and support a recognised striker – also impressed. West Ham's shape changes less regularly, but their starting shape and ideas in possession are similar. Full-backs overlap, wide midfielders attack infield, and those forming their double pivot offer cover behind them and potentially create a four-on-three in midfield with those wide midfielders.

Consistent, whether using a 4-2-3-1 or a 3-4-3 that means them often defending with a 5-4-1, is width and support around their striker, rotations in those wide areas, and wider defensive cover; if Soucek advances from the base of midfield to attack as once did Cahill and Fellaini, Cresswell moves into midfield to restore their double pivot. Inside forwards, when attacking with a 3-4-3, or a number 10 and a delayed central runner similarly support their central striker – most commonly Sébastien Haller or Michail Antonio. Pablo Fornals' influential emergence as a creative midfielder who favours attacking infield is also reminscent of Moyes' finest teams at Everton, in which Mikel Arteta and Steven Pienaar performed similar roles.

Pressing and defending
Moyes has also demonstrated a flexible defensive approach. Everton defended with a lower block when David Weir, Joseph Yobo and Alan Stubbs were their senior central defenders, because of their ability to impressively defend the penalty area, and their back four was regularly protected by a single pivot at the base of midfield, ensuring they remained compact in the central areas of the pitch. The full-backs outside of them also rarely attacked, largely because of the decreased cover that would have existed behind them.

It was when they had a 4-2-3-1 that featured Phil Jagielka and Joleon Lescott, or later Sylvain Distin, in central defence that they were capable of defending higher up the pitch in a mid-block, as West Ham are also. That those defenders were not only faster, but superior in possession, also meant that those in midfield had less need to withdraw into deeper positions to receive the ball; the employment of a double pivot similarly invited Everton's full-backs to attack. As also applies to West Ham's Soucek and Declan Rice, those in Everton's double pivot complemented defensive qualities with the ability to receive and build possession.

That both full-backs could advance and their wider midfielders moved infield meant that the nature of their press also changed. With both of those midfielders in narrow positions when the ball was lost, Everton were capable of pressing in a central and advanced position, and therefore made more regains in midfield. Their higher defensive line enhanced that ability. The 5-3-2 West Ham had been using during lengthy periods of defending meant that they consistently had six players in the three central lines; the 5-2-3 they adopted from their 3-4-3 offered an improved first line of defensive pressure, and therefore a higher press and a mid-block.

The 4-2-3-1 that has since been seen also resembles that eventually favoured at Everton. Those as defensively strong as they are capable of receiving under pressure form their double pivot, and are capable of linking defence to attack. Everton were perhaps at their strongest under Moyes in 2013 in his final season there, before he was recruited to succeed Sir Alex Ferguson, and largely because of the extent to which they had improved. West Ham aren't yet demonstrating that same discipline or level of organisation between their units that was one of Everton's strengths, and therefore remain vulnerable in central areas, even when in a settled defensive block. During moments of transition their shape means that they offer similar pressing patterns, but that they can also beaten by balls over the pressure they attempt to apply if they are played towards a suitable striker.