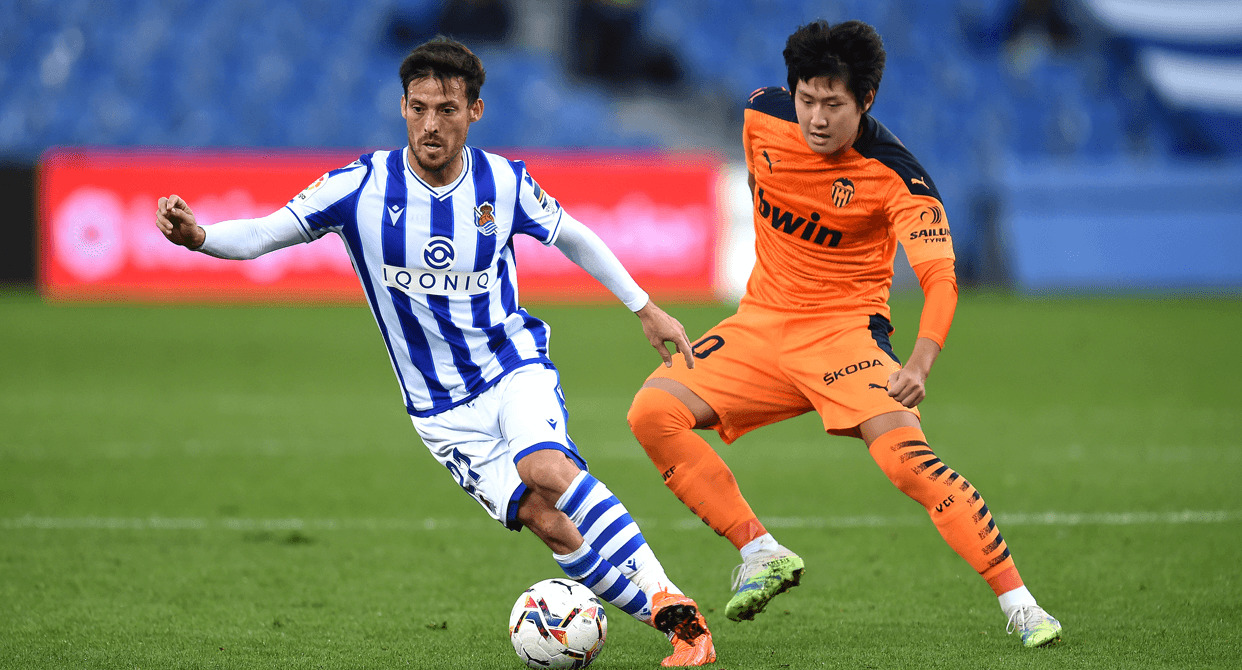 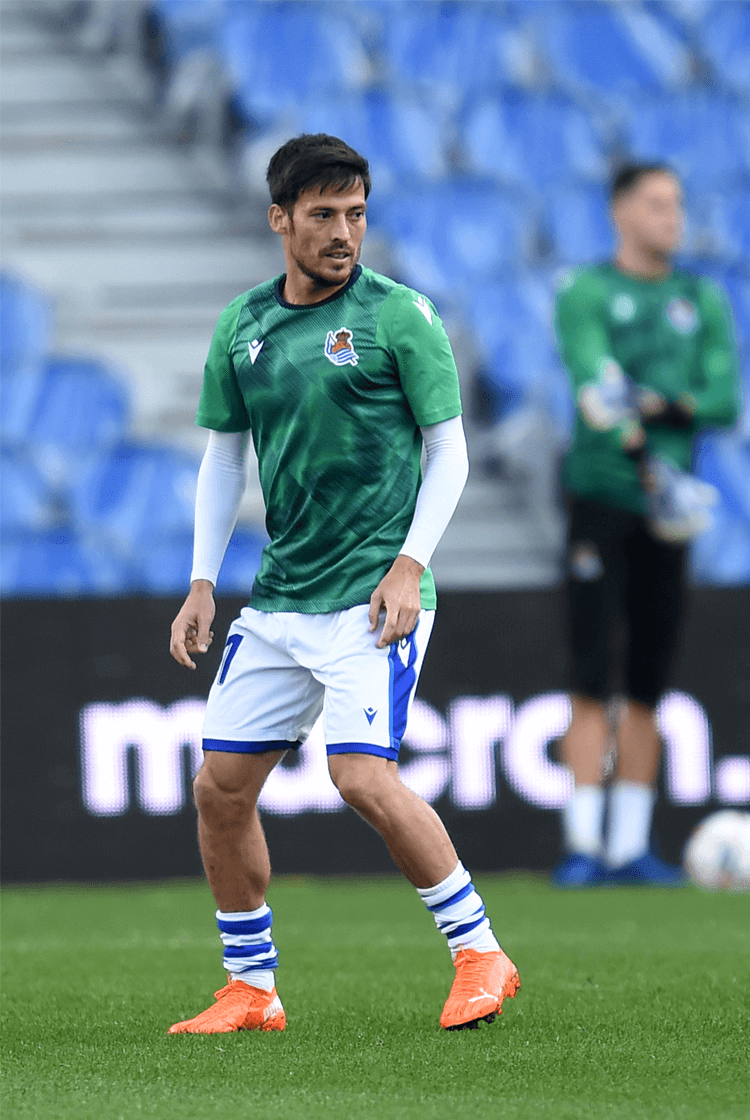 Profile
Real Sociedad secured the signing of one of the finest players of the Premier League era when they tempted David Silva to resist the advances of Lazio and join them upon his departure from Manchester City in August 2020. Even at the age of 34, and 10 years after he arguably became City's most important signing of the modern era, his sophistication and technique meant his arrival as a free agent represented a coup.

"In my first year at City, I'd talk to him about how surprised I was that he came (to the Premier League)," said City's manager, Pep Guardiola, about the classiest of midfielders. "A league so physical, so tough, so imposing, with this climate, this style of football. How he was able to survive or adapt and do it so well."

Tactical analysis
Silva remains one of the world's most intelligent attacking midfielders. He relishes operating between the lines, either in the central lane or as a number eight with the freedom to roam the inside channels for space between his opposing full-back and central defender. His vision and awareness, and his understanding of the movements made by his teammates, makes him capable of consistently breaking lines with passes many others wouldn't even see (below). The timing of his release – often delayed until the relevant teammate has an advantage over the defenders alongside him – also complements those making runs in behind.

The weight of his passes is similarly impressive. Precise passes are played into the feet of those moving in behind at speed, and lighter ones to those with time and space to receive. It is only when he attempts to play over defences that he can mistime his execution or overhit the ball.

Silva is far from fast, either with or without the ball, but he does have the ability to decelerate quickly and come to a complete stop. When he does so, and then plays a disguised pass or turns, he has to potential to both create and beat an opponent one-on-one. He can glide past opponents because he can stop more efficiently than they can after forcing them to follow him and then overcommit, in turn opening a new passing lane.

His agility also helps him turn away from intense pressure, as he often needs to when between the lines. Although he is unlikely to dribble past numerous opponents, he willingly carries possession to instead draw them out of position. When a defender moves to press him, he responds by subtly targeting the space that the defender has vacated.

His awareness of when is best to play passes is matched by his understanding of when and how to move to receive them (below). His off-the-ball contributions regularly involve him supporting attacking play – particularly in central areas – and he excels when recognising how and when to move behind his marker, making him effective in helping build team moves, particularly given he can play off one touch against deep, compact blocks.

By a midfielder's standards he is also a reasonable goalscorer who has occasionally reached double figures across the course of a season. Most of those goals owe to the positioning and timing that enable him to avoid defensive pressure, find spaces inside the penalty area, and move into advanced positions at an early stage to score with a simple finish.

Role at Real Sociedad
Since his return to Spain, Silva has largely operated from towards the right of Sociedad's 4-3-3. As at City and under Guardiola, he plays as an attacking central midfielder, but his contributions between the lines and when he moves in behind (below) instead involve him starting from the right. He has swiftly become one of their most creative players, developing promising understandings with Portu and Adnan Januzaj, who most consistently start on the right of their front three.

Where Portu favours moving infield to feature as a second striker – presenting Silva with an additional target for his forward passes – Januzaj remains deeper after drifting infield, ultimately in an attempt to create. Passes into the right inside channel for Portu are often disguised, and come after Silva turns towards the centre of the pitch before playing back across himself on to his stronger left foot. When he instead targets Sociedad's furthest striker, often Alexander Isak, he plays clipped passes over his opposing defenders or diagonal ones between them.

Januzaj's more withdrawn positioning encourages Silva to advance, and he does so in the knowledge that their right-back, either Andoni Gorosabel or Joseba Zaldúa, will overlap to provide their attacking width. That Silva operates mainly from the right for Sociedad means that the ball is often on his weaker right foot, and in advanced areas that often forces him to turn back and delay crossing or shooting, potentially missing the best chance to do so.

If that can be a frustration, a starting position to the right of a midfield three regardless encourages him to spend longer in the central lane. When play is built towards the left, he has the freedom to drift infield, and into the positions and spaces he most relishes. When he does so, he continues to impress in linking play and creating goalscoring chances, whether through targeting a striker with through balls, switching possession out to Sociedad's overlapping right-back, or combining with fellow central midfielder Mikel Merino or left-sided forward Mikel Oyarzabal.