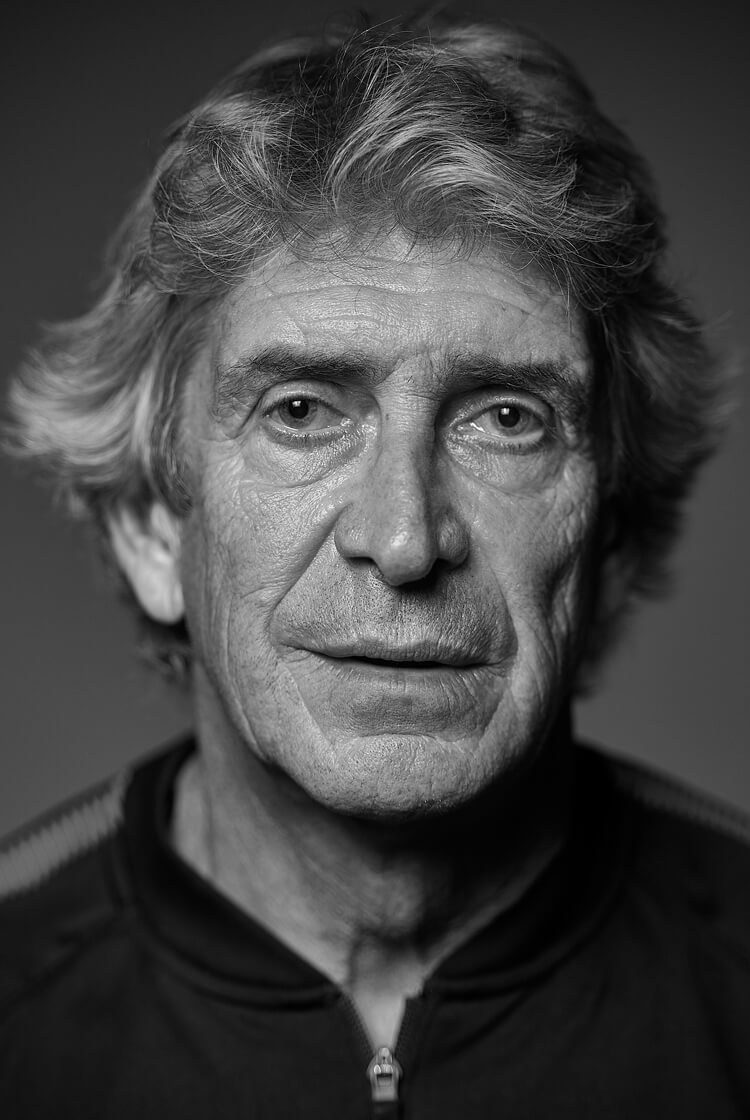 I have a healthy envy for people who can do things I’m incapable of.

I can’t paint, sing or do any other type of sport, so I admire people who have the knowledge to do those things. And that's why, in life, I strive to be an apprentice every day.

The key is to try to keep on learning. To be demanding of yourself on a daily basis, to learn new things. I think it’s the only way to survive for as long as I have as a manager. Football has evolved a lot, so I have to evolve as a manager, too.

Over the years, I’ve also had to adapt to the idiosyncrasies of different countries. I started my career at home in Chile, but then I went to Ecuador and Argentina – three entirely different experiences in South America. And after that came the leap to Europe.

To Spain, firstly, where I had many important experiences. Experiences I was able to learn from, and build on.

With Villarreal, it was the hurt of losing to Arsenal in the semi finals of the Champions League. We were better than Arsenal, and I believed strong enough as a group to win the trophy that year.

At Real Madrid, I had the challenge of working in difficult circumstances. Six months before the season even started, I had differences with the chairman over some technical and executive aspects. So it was a tough job, but I left there with great memories of the players, the club and the backroom staff.

And at Malaga I had perhaps the most emotional phase in my life. We had a very troubled first year, in which we were close to going down, but in my second year we ended up qualifying for the Champions League.

The level of football we achieved in that competition was spectacular, taking us all the way to the quarter finals, where we faced Borussia Dortmund.

In the days that we prepared for the return leg in Germany, my father died.

"As painful as it was in the end, maybe that final campaign was what allowed me to make it to a team as great as City"

I returned to Santiago for the funeral, and landed back in Germany on the day of the match. It was hard. Harder still when we lost, after a truly incomprehensible mistake by the referee in the final minutes. Those were very painful times for everyone.

When we returned to Malaga, though, there were more than 3,000 people waiting for us at the airport. At three in the morning. Days later, the whole La Rosaleda Stadium paid tribute to my father.

The affection I received from the fans was incredibly uplifting.

I look back on my time in Malaga as three wonderful years. Three years when we played an attractive style of football with a team that was unbeaten in its Champions League group, topping it above even Milan.

And, as painful as it was in the end, maybe that final campaign was what allowed me to make it to a team as great as City.

Because by the time they came to look for me, I felt in many ways prepared for a move to England.

The more you know, the more you prepare yourself for any activity. Then, when the right opportunity comes along, you don’t waste it for lack of preparation. You have everything ready so that you succeed.

When Txiki (Begiristain, Manchester City’s director of football) came to speak to me in 2013, it seemed like that right opportunity.

"We mixed the football I had practised my whole career with something a bit more direct, which the English league requires"

They chose me because of what I could offer in terms of football. And, for me, Manchester City was a club that was similar to Villarreal in some ways: very hierarchical, very well organised and a place where you get all the facilities, trust and support to work well.

The idea of football that City’s chairman Khaldoon (Al Mubarak), executive director Ferran Soriano and Txiki had was similar to mine, too. Attacking football. The kind of football where people go to the ground not only to see their team win 1-0, but to see a team that tries to be entertaining.

In my first year at the club, we had the opportunity really to shape things how we wanted, with the players we wanted.

It was a team that put on a fantastic show. A team that scored 100 goals faster than any other in Premier League history. A team that beat Liverpool in a wonderful late race for the title in the last few matches.

That run of games showed just how strong the group was, to win them all and take the Premier League title, having already won the League Cup at Wembley.

It was an amazing year. Unforgettable times in my life as a manager.

Coming into a new league, you might need time to adjust. Luckily, having been in Europe for many years I already had a great understanding. Maybe there were a lot of doubters, but to win the Premier League in that first year – with the ideas I had about football, and then instilling them in the team – was just so satisfying.

I think we were able to combine the very direct style of play in England with possession football. Not exaggerated possession, because you have to respect the idiosyncrasy of the English fans, who like the direct approach – the second ball, the crosses into the box, the finish.

What we had was a mixture of the football I had practised my whole career with something a bit more direct, which the English league requires.

I did make one mistake in my time at City, though.

"As much as you don’t want it to be this way, the group has a tendency to relax. To start thinking about the next step"

I said I would end my contract after three years. After that, I said we would see. Not just for me and my career, but because of Ferran and Txiki’s plans to carry on their strategy with Pep Guardiola, who they had worked with at Barcelona for a long time.

There is a lot of trust between those two and myself, so I was always kept in the loop about the plans to try and bring Guardiola to the club. I knew that if he hadn’t wanted to come to City for any reason, they weren’t going to interview for a manager. They would come straight to me.

But I learned something from the experience in my final season. It’s the same in the case of Sir Alex Ferguson. With all the experience and influence he had at Manchester United, he made his first retirement announcement several months early. I think he always described it as a mistake in his career. I also describe mine as a mistake.

Because, as much as you don’t want it to be this way, the group has a tendency to relax. To start thinking about the next step.

That’s why I say that as a manager you have to keep on learning. Carry on reading.

To be a manager in the Premier League is an unforgettable experience. One that I would always recommend to managers who haven’t been able to do it yet. As far as I’m concerned, it’s the best league in the world as a whole. No doubt about it.

Okay, I’ve always said that perhaps the best football from a technical point of view is played in Spain, because there are great players and you have teams like Real Madrid and Villarreal that make it particularly attractive.

But if you add it all up – the whole football environment around a league, the quality of the spectacle, the respect of the fans, the respect for the players, the football grounds, the emotions, the party atmosphere, the support of the fans, which is the same whatever match the team is playing – it’s a league that, as a manager, you just can’t stop enjoying.

It’s an experience you have to have, if you get the chance.

Now, after almost 15 years in South America and 12 in Europe, I am in Asia. The manager of Hebei China Fortune. The country is spectacular in so many different ways, that every day I learn something new about it.

I think I still have several more years of my career left, so we’ll see where this takes me next. But for now I’m very happy with a club that has given me the opportunity to be part of a project that’s developing. To set up a whole team. To never stop learning.

To continue being the apprentice.