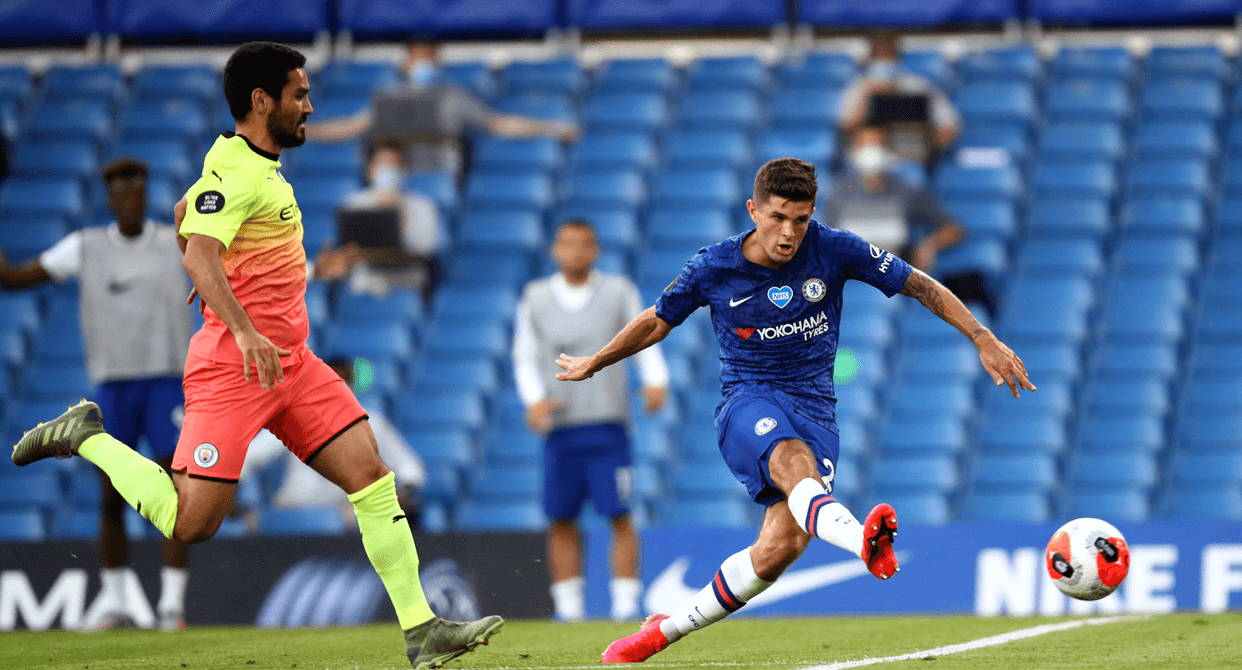 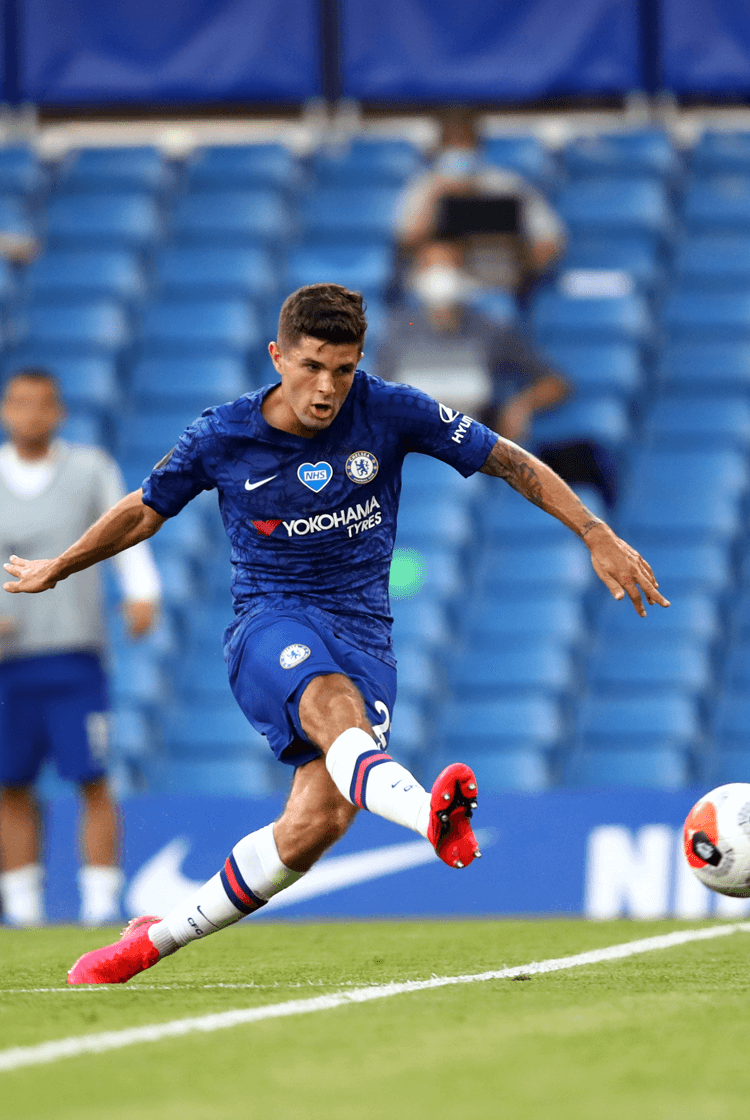 Liverpool were crowned Premier League champions after Chelsea beat Manchester City at Stamford Bridge. Pep Guardiola's team required victory to remain in contention to win their third successive title, but their eighth defeat of 2019/20 leaves them 23 points behind Liverpool with seven remaining matches. City had lost a total of only six league matches during 2017/18 and 2018/19; they fell behind when Christian Pulisic finished during the first half, and though Kevin De Bruyne scored with a fine free-kick, Fernadinho was sent off for handball and Willian secured Chelsea's victory from the resultant penalty. “They have played an incredible season,” Guardiola said of Liverpool. “Liverpool won the Champions League and it gave them an incredible confidence. The fact that they had gone 30 years without winning the Premier League gave them incredible focus and they played every game like it was the last game. In the beginning we didn’t play in that way and when they took that advantage of course the pressure on us was bigger.” 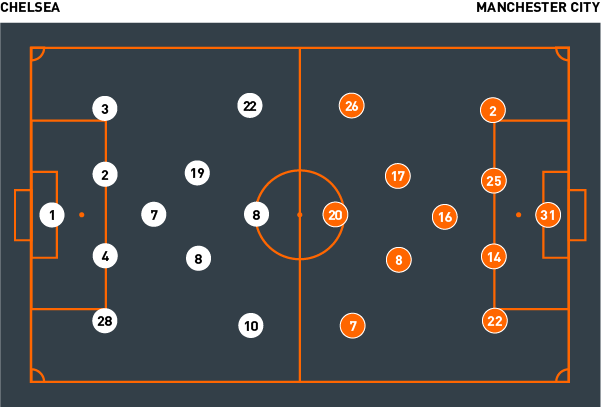 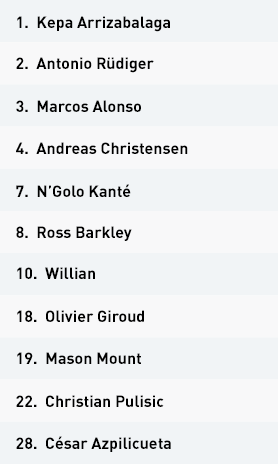 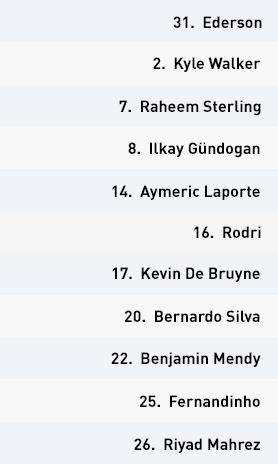 Frank Lampard set Chelsea up in their usual 4-3-3 fromation while they had possession. Ross Barkley started in midfield, and Christian Pulisic and Willian supported Olivier Giroud further forwards; Manchester City remained in their 4-3-3 when they were without possession.

Chelsea ceded possession to their opponents and allowed City to build from the back without pressure. They relied on counter-attacks and direct play to create goalscoring chances; Giroud’s inclusion gave them a focal point to play early balls to, and the Frenchman sought to receive passes with his back to goal. Chelsea also looked to provide support to Giroud so that he had a simple option when he received possession, and runners beyond him in their attempts to get beyond City’s defensive line.

Bernardo Silva was instructed to screen and stop passes towards N’Golo Kante, and to apply pressure to Kepa Arrizabalaga, and Riyad Mahrez and Raheem Sterling were responsible for closing down central defenders Antonio Rüdiger and Andreas Christensen. City had some success in nullifying Chelsea's tactics, by working in pairs. When Rüdiger had the ball and Mahrez pressed him, for example, Kevin De Bruyne moved across to occupy either Mason Mount or Marcos Alonso, depending on which direction Mahrez was taking play.


Too often one of City’s players ever so slightly hesitated, however, and therefore allowed Chelsea to play out. Even when they didn't, Chelsea still managed to progress possession by playing a vertical pass into the feet of a wide attacker – both frequently moved into a more central position, and rarely remained wide.

Chances regardless proved hard to come by, and it took a lapse in concentration and a misunderstanding between Benjamin Mendy and Ilkay Gündogan on the halfway line before Chelsea could break and score – the irony of which will not be lost on Liverpool fans, who experienced missing out for the title in 2014 following a catastrophic slip by Steven Gerrard against José Mourinho's then-team. In the second half, Chelsea introduced Tammy Abraham, who provided them not only with the out ball that Giroud had given them, but increased quality when running in behind. This was significant against the 35-year-old Fernandinho, who was deputising in central defence and struggled when balls went behind him.

As the game progressed, Chelsea aimed to protect their lead and only ever attacked on the break, which suited them perfectly. These counter-attacks were not limited to defending deep and transitioning over 70 yards, as City presented them with opportunities to launch shorter counter-attacks by making uncharacteristic mistakes with their passing, often in their own half. Despite having only having 35 per cent possession, Chelsea managed 10 shots on target to City’s two, demonstrating the efficiency of Lampard’s game plan.

Manchester City were organised by their manager Pep Guardiola into a 4-3-3 formation, led by the less familiar front three of Raheem Sterling, Bernardo Silva and Riyad Mahrez, during the periods they had possession. When they did so, Chelsea defended with a 4-1-4-1; N’Golo Kante operated as their most defensive midfielder.

City dominated possession but encountered an extremely well-organised defensive structure. Chelsea operated predominantly in a mid-block, and were particularly compact in midfield, ultimately to minimise City's hopes of advancing in central areas and half-spaces, where their most influential players so regularly excel. Guardiola's team therefore sought to take advantage of the spaces that existed outside of their hosts' structure; they often created a box in midfield that featured Ilkay Gündogan forming a double pivot with Rodri, behind Silva and Kevin De Bruyne, to create a four-on-three.

If this made Chelsea's midfield even more compact, and created space for City to play possession to their full-backs or wide attackers, they struggled to make the most of doing so, and rarely succeeded in clipping passes in behind Chelsea's defence – ones which were then well defended. When possession was wide, Chelsea's full-backs tightly marked City's wide attackers, and Ross Barkley, Mason Mount and Olivier Giroud combined to prevent Rodri from receiving it.


This defensive mentality led to City circulating possession, and eventually playing wayward passes or taking optimistic attempts at goal – Benjamin Mendy, in particular, was guilty of the latter. Chelsea also demonstrated fine defensive awareness on the occasions City's players advanced to between the lines in the half-spaces, and it was this that led to City creating so few chances of significance.

City were far more threatening when they played early passes, or tried to take advantage of moments of transition – not least because of the dynamism Sterling, De Bruyne and Mahrez offered in the final third – but it was rare that they were in a position to. Unusually for one of Guardiola's teams, there were too few penetrative movements beyond the opposing defence.

For all that those defenders impressed, too little was done to escape the attentions of those defenders, or to create spaces. City often appeared tired, and flat.