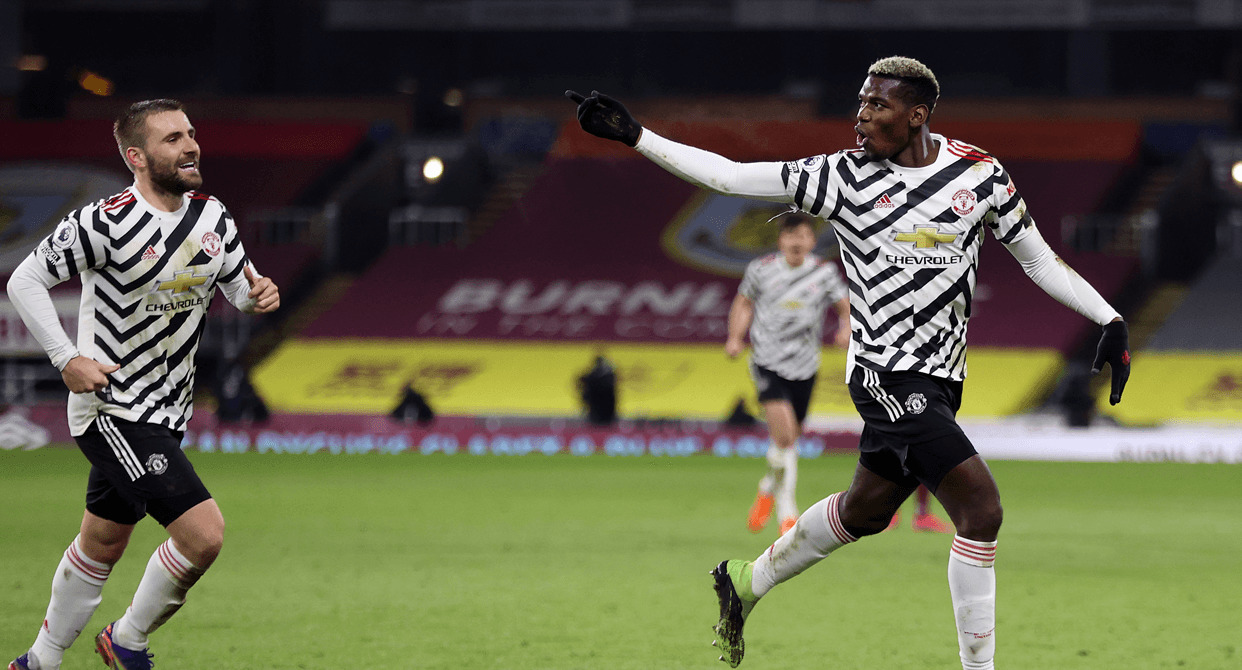 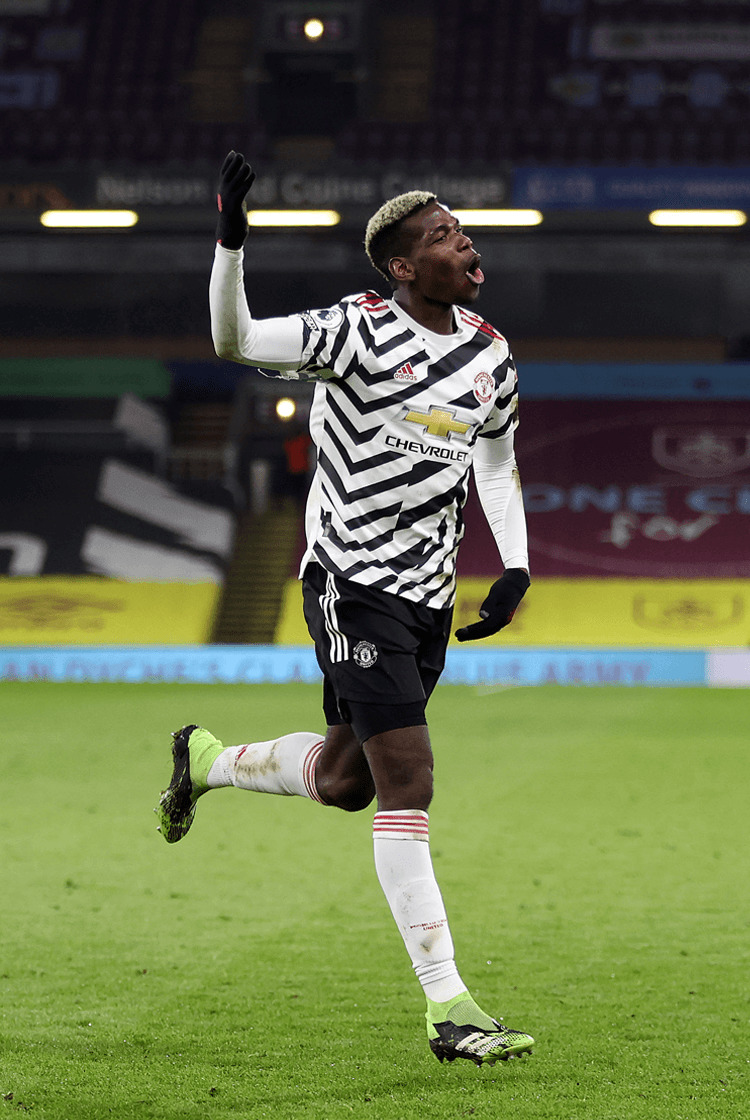 A second-half volley from Paul Pogba gave Manchester United victory at Burnley and took them three points clear at the top of the Premier League. Despite the disappointment of their eliminations from the Champions League and League Cup, as the Premier League season approaches its halfway stage, United have their best chance since the days of Sir Alex Ferguson of winning the title. They have not been first after 17 league fixtures since December 2012 – Ferguson's final season in management. Since then they have never previously been higher than second at that point – it was 2017/18 when they last were, when José Mourinho was their manager. "The goal was top, great execution and style," said Mourinho's successor Ole Gunnar Solskjaer. "Paul Pogba really played well. We feel very confident going into games. Away from home we have really done well." His opposite number Sean Dyche, whose side sit 16th, said: "It was a decent performance against a top side on decent form. We are growing into our season. Performances and results have improved." 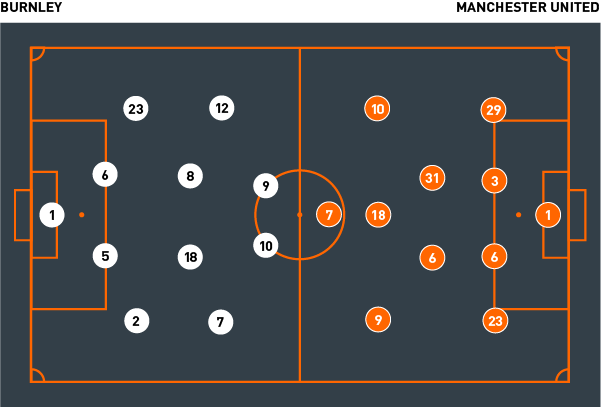 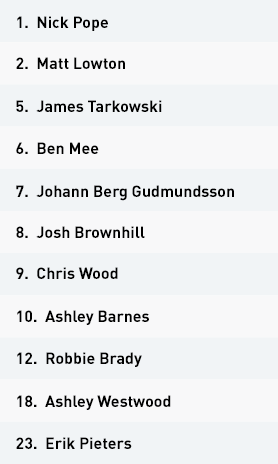 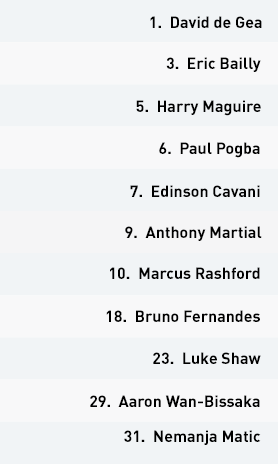 Burnley were set up by their manager Sean Dyche into a 2-4-4 formation built on the central defensive partnership provided by James Tarkowski and Ben Mee. Their opponents, Manchester United, remained in their long-favoured 4-2-3-1, in which Paul Pogba and Nemanja Matic featured at the base of midfield.

United started by applying pressure to Burnley's defenders when they had possession, but that pressure was only mild, and applied at specific points. They resisted pressing with aggression, because of the numbers that that would require them to commit forwards, and in turn away from the defence that they were trying to protect in the event of the direct balls Burnley were expected to play.

Edinson Cavani led that press, to the outside shoulder of the in-possession central defender when the ball reached the edge of the hosts' defensive third, at which point Marcus Rashford, Anthony Martial and Bruno Fernandes pressured those around them, and Pogba and Matic continued to offer protection in front of their back four. Burnley sought to play direct passes to Wood and Barnes, at which point one would compete in the air while the other offered a threat in behind and support was provided behind them from those in midfield.


Burnley used the potentially chaotic elements from those situations to create opportunities to shoot, but those opportunities were not consistent enough. Their other approach involved them working possession wide and then delivering crosses into the penalty area. They attempted to draw Rashford or Martial into pressing one central defender by drawing Cavani into the other and then switching play; if they did, they fed their full-backs via a diagonal pass or a bounce pass via the relevant central midfielder.

Further forwards that contributed to the creation of a two-on-one against United's full-backs; Johann Berg Gudmundsson and Robbie Brady largely remained high and wide, in front of Matt Lowton and Erik Pieters, though overlaps were also occasionally offered. Burnley were also aware of their superior physicality, so worked to draw fouls via Woods and Barnes, when they would then pose a threat at set-pieces.

During the second half they remained in deeper territory, owing to their defensive approach, which ensured that goalscoring chances were more difficult to come by. They regardless had to attack after conceding, and did so via an increased tempo and more crosses and switches of play. Matej Vydra's introduction also gave their attacks a different approach, because of his movements in the final third and ability to turn and quickly shoot if controlling a second ball.

Manchester United were organised by their manager Ole Gunnar Solskjaer into a 4-2-3-1 formation led by the returning Edinson Cavani. Their hosts, Burnley, defended with a 4-4-2.

Sean Dyche's team applied different approaches to pressing, determined by whether they had a goal kick or were instead attempting to build play. At goal kicks, their strikers Ashley Barnes and Chris Wood were braced to move to Eric Bailly or Harry Maguire should they receive. Josh Brownhill or Ashley Westwood were positioned between Paul Pogba and Nemanja Matic, and took whoever became the ballside midfielder, at which point Burnley's free striker took the other, in turn allowing Brownhill or Westwood, again, to prioritise Bruno Fernandes and therefore negate the three-on-two that would have existed further forwards. Johann Berg Gudmundsson and Robbie Brady had narrow starting positions and moved to press their opposing full-back if they received the ball, therefore compromising United's hopes of playing between the lines and in the half-spaces.

If United were instead building play, Barnes and Wood took Matic and Pogba, and the four midfielders behind them sought to prevent play between the lines. In response, Matic adopted a position as a false central defender or false full-back to create a three-on-two that encouraged United's central defenders to drive out with possession or to play diagonal passes into their full-backs. Matic's positioning meant that United regularly advanced out of their defensive third, but Burnley appeared content for them to do so if possession wasn't played back infield.

When it moved wide, the hosts' wide midfielder and full-back restricted diagonal passes infield, as, on occasion, did their nearest striker, ensuring that United remained predictable and continued to operate in areas Burnley were comfortable defending. The visitors sought to create spaces infield via their wide attackers making runs intended to draw an opponent with him, but they offered too little presence in the central areas of the pitch to sustain an effective attack.


Burnley's defensive approach manipulated United into continuing to play with width before playing aerial crosses into the penalty area, where James Tarkowski and Ben Mee were positioned closely together and proved capable of defending against those deliveries. United required a solution, and in the second half used their full-backs in more advanced positions to invite their wide forwards to move infield and more effectively combine.

Solskjaer's team also offered more direct, penetrative runs that provided improved angles for lower crosses in behind, or for cut-backs. Burnley defended with greater depth in their attempts to secure a draw, and in turn, United found it easier to progress possession, but that the numbers between the ball and goal made it even more difficult to create goalscoring chances.

Their wide forwards' positioning and forward runs from Pogba led to wall passes from a wide area and back inside being followed by a penetrative run, but Burnley were similarly efficient at delaying those passes and blocking any crosses or shots that followed. It was regardless those more direct runs and their increased variety that led to Pogba scoring the game's only goal, when a clipped cut-back to the edge of the area found the midfielder, whose volley was deflected past Burnley's goalkeeper Nick Pope. Once they had started playing lower crosses, and offering different movements, they had posed an increased goalscorig threat, and were eventually rewarded.