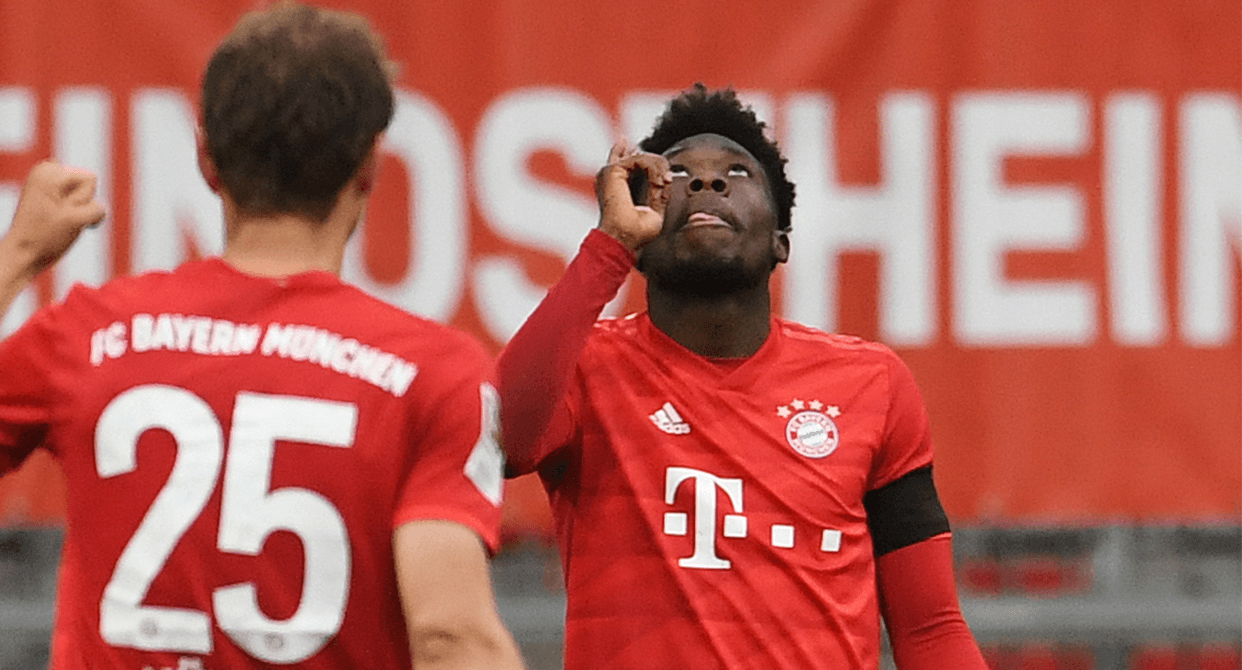 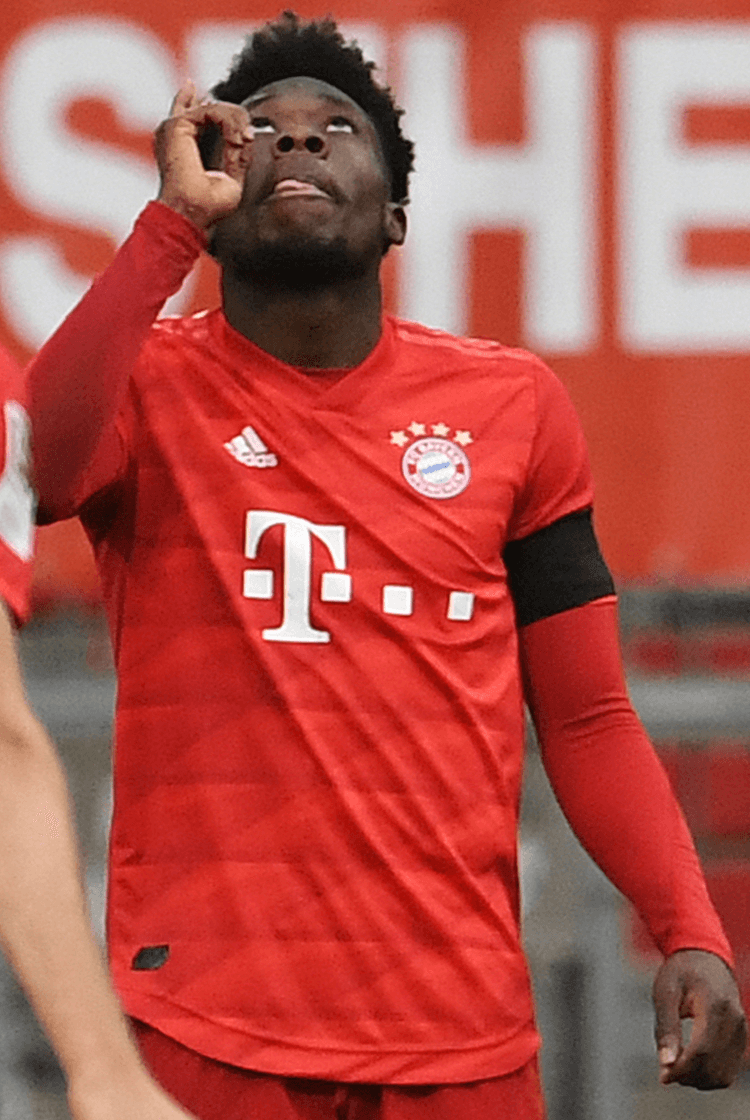 Profile
His performance in the Champions League against Chelsea may have furthered his reputation, but Alphonso Davies had by then already established himself as crucial to Bayern Munich's plans. The 19-year-old was born in a refugee camp in Ghana in 2000, after his parents had fled the second Liberian civil war. By those standards, European football's most dangerous attackers should give him little concern.

Davies' family moved to Canada as refugees when he was five years old. He joined Vancouver Whitecaps in 2015 at the age of 14, made his Major League soccer debut a year later and, in the summer of 2018, agreed terms to join Bayern the following January for a MLS record £9.84m.

If Bayern's recruitment continues to prove effective, so does their ability to improve even the most promising players. "Davies brings his strengths to the pitch and wins a lot of defensive balls with his pace," said manager Hansi Flick. "He was originally signed as a winger, but he's doing an incredible job at left-back. His development has been phenomenal."

Tactical analysis
Davies' greatest quality remains his versatility. His athleticism means he can be influential in both the first and final thirds, and can cover a huge amount of ground regardless of his nominal position. Like other explosive wide players, he can slow down to perform a pass, turn or shot after an explosive moment – but, unlike others, he does so without losing control.

Those abilities become particularly influential when he attempts a run from deep territory. If advancing into space, he does so with confidence, identifies those in more central positions, and favours accurately playing possession across the penalty area. When there aren't suitable targets for him to cross to, he will instead play a one-two with a teammate to draw an opposing defender and then receive the return pass further forward.

It is while he is defending that he most needs to improve. His athleticism frustrates opponents when they attempt to beat him on the outside, and represents a strength when Bayern are defending during transitions or with an organised defensive block – but he can become vulnerable if they move into a blindside position (below). Davies has proven himself adept at making timely interceptions, but if asked to defend in a block for any sustained period he can occasionally lose the relevant attacker – particularly when attacks are built on the opposite wing.

The best players excel at adjusting their body shape in a way that allows them to monitor their direct opponent while facing and potentially defending crosses from elsewhere. Davies already offers promising aerial ability; if his defensive nous can improve to match the rest of his game, he can grow into the complete full-back.

Role at Bayern Munich
Injuries to teammates contributed to Davies' conversion into a full-back – and there are few clubs more capable of transforming a player's position to such effect. As has previously been seen with Philipp Lahm, David Alaba and Joshua Kimmich, Davies quickly appeared naturally suited to his new position. Indeed, in their recent 5-0 Bundesliga victory over Fortuna Dusseldorf, Bayern started with Davies in a back four alongside Alaba, Lucas Hernández and Benjamin Pavard – essentially, a defence made up of four full-backs.

Even when selected at left-back, Bayern's usual dominance of possession means that Davies spends a considerable amount of time in the attacking half. His willingness to offer overlaps (below) contributes to the threat they pose from the left inside channel – Pavard offers similar potential on the right – and invites the wide forward in front of him, most commonly Serge Gnabry or Ivan Perisic, to drift inside and attack.

Since Flick's appointment, Bayern's attack has become one of the most fluid in the world. The impressive Thomas Müller continues to offer intelligent movements and to find pockets of space; when he is selected as their number 10, those movements often take him towards the left inside channel and invite him to combine with Gnabry or the overlapping Davies. Their striker Robert Lewandowski also withdraws into that same channel; from the right, Kingsley Coman, Gnabry and Muller all do the same.

With Thiago Alcântara, Philippe Coutinho and occasionally Kimmich advancing into the inside channels from deeper territory, and Alaba driving forward from central defence, Davies consistently has multiple options when leading or participating in an attack. He could offer more runs from wide into central areas, similarly to those offered by Kyle Walker since he has been coached by Pep Guardiola; runs of that nature would further increase Bayern's attacking options, even if their approach so far under Flick has not invited him to do so.