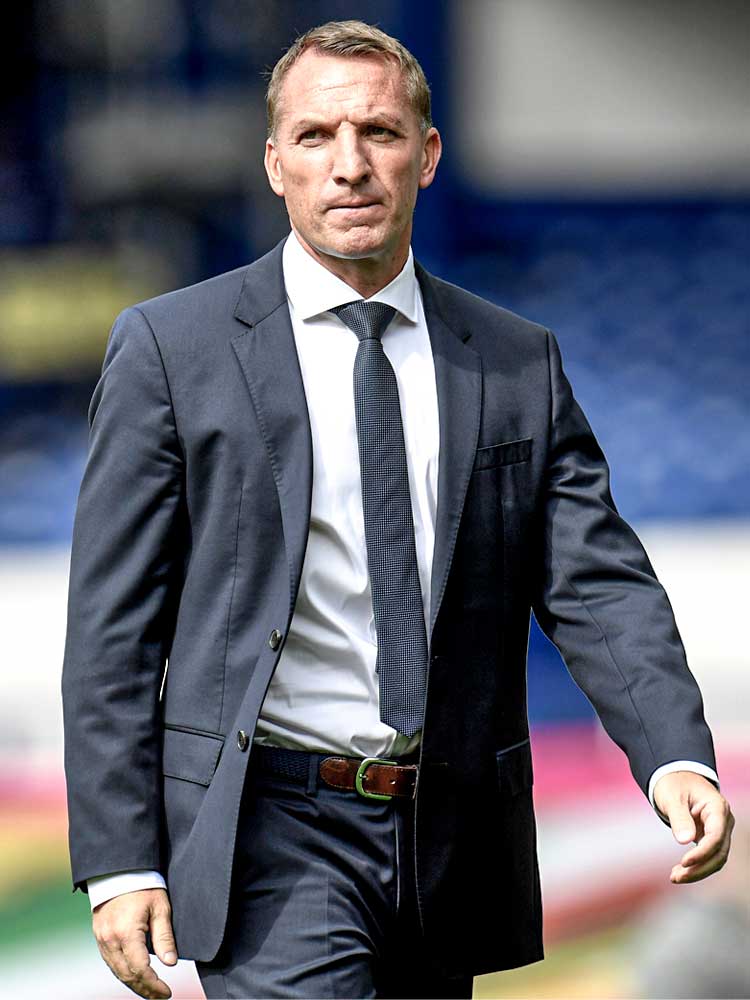 Profile
Leicester winning their first ever FA Cup in May 2021 demonstrated Brendan Rodgers' evolving methods as much as the progress he has made in rebuilding his promising team since the departure of the influential Ben Chilwell to Chelsea. Of the teams challenging at the top of the Premier League, Rodgers' team remain the biggest underdogs, and yet perform with a consistency that suggests they are far more than underdogs.

None other than his successor at Liverpool, Jürgen Klopp, is among those to have spoken about his admiration for Rodgers' latest work. "Leicester are built like you would like to build a team," said the German, who from 2015 reshaped the team he inherited from Rodgers at Anfield. "Brilliant team. What they do is really good. Exciting, fresh; defend well; play football and are especially threatening in counter-attacks."

Playing style
Though recognised as a manager committed to a free-flowing, possession-based brand of football, Rodgers has demonstrated throughout his career a willingness to be flexible to the demands of the players at his disposal. In 2019/20, much of the reason Leicester thrived was because of Ben Chilwell's willingness to overlap from full-back and advance beyond their right-footed left-sided forward – usually Harvey Barnes or Demarai Gray. That forward moving into a narrower position provided a link between those at the base of Leicester's midfield and those in the final third.

At Celtic, Kieran Tierney performed similarly to Chilwell, but in front of him Scott Sinclair, James Forrest or Patrick Roberts instead penetrated forwards, often as their highest attacker, and provided a direct threat on goal. Where Celtic's strikers often withdrew into deeper positions, Leicester's Jamie Vardy operates on the last shoulder of the deepest defender, and therefore provides their main threat on goal.

In Rodgers' three years at Celtic, their full-backs rarely both attacked at the same time – their right-back Mikael Lustig often remained withdrawn (below) to help form a 3-2-4-1, and their starting number 10 attacked towards the right. James Maddison, Leicester's 10, drifts to the left to encourage their left-back to overlap; he has also featured as their left-sided central midfielder when they have been organised into a 4-3-3, when he has again encouraged their left-back to overlap by moving to combine with Barnes or Gray.

Leicester's adventurous right-back Ricardo Pereira provides underlapping forward runs inside their right-sided midfielders, Ayoze Pérez or Marc Albrighton, who generally remain wide but attack closer to Vardy on the counter or when encountering particularly deep and compact defensive blocks. Pereira's movements ensure a presence in the inside right channel – drawing opponents away from Leicester's right-sided wide forward – and that he ends up in a position that a number 10 or further attacking midfielder might otherwise target.

Behind those full-backs exists a further consistency in Rodgers' approach – a preference for dynamic central midfielders. Wilfred Ndidi, Hamza Choudhury, Youri Tielemans, Nampalys Mendy and Dennis Praet vie for selection at Leicester; Stuart Armstrong, Scott Brown and Nir Bitton were influential at Celtic; at Liverpool, Joe Allen was one of Rodgers' first signings, recruited despite the presence of Steven Gerrard and Jordan Henderson. Liverpool, perhaps unexpectedly, were at their best on the counter instead of when dominating possession, owing to the potency of their transitional four-diamond-two (below) and narrow 4-3-3; their full-backs' attacks were also less frequent.

From the right of Leicester's double pivot, Tielemans or Praet support Pereira's attacks, in the same way Ndidi does towards the left. Should Pereira choose not to attack, delayed runs from a central midfielder – like those offered at Liverpool – replace his runs into the right inside channel. While Rodgers regularly starts at new clubs by favouring a 4-3-3 or 4-2-3-1, he eventually at least experiments with a back three; Liverpool's 3-4-3 inspired a fine run of results during 2014/15; Celtic used a back three while with possession and then a four without it; Leicester often defend with a five, from a similar shape to that used at Celtic.

Leicester differ from Celtic in that they have inside forwards attacking from both wings instead of a number 10 and a left-sided forward moving infield. Their central midfielders and two inside forwards form a central box (below), and an additional player behind that box moves to help form a back three, reducing their presence between the lines but providing a more convincing method by which they can build play from defence.

Their inside forwards increase their potential at attacking transitions because they are already in positions to support Vardy – akin to the narrow front three Daniel Sturridge, Luis Suárez, and Raheem Sterling formed when Liverpool were countering – and their central midfielders are ready to support, freeing up Vardy to attack rather than link play. Leicester, like Liverpool, can attack with variety without changing shape, and yet still change shape if there is a need to retain the ball. Maddison and Cengiz Ünder are their most creative players against compact defences, but if they are instead attacking on the counter, Barnes, Pérez, Gray and Kelechi Iheanacho provide their most direct threats. To a degree, Leicester combine Liverpool's attacking transitions with Celtic's more patient build.

Defending and pressing
The press Liverpool applied (Liverpool image, above) when challenging for the 2014 Premier League title was perhaps the most impressive demonstrated by any of Rodgers' teams. For all of the qualities of Suárez, Sterling and Sturridge when they had possession, they sometimes pressed even more impressively, doing so with tenacity and forcing possession infield and towards their diamond midfield. If the first line of that press was broken, Gerrard, Henderson, Allen and Philippe Coutinho provided additional pressure, giving Liverpool vast potential at attacking transitions. Leicester's midfield may apply an effective press, but not to the same extent as Liverpool's; Vardy also doesn't attempt to press from the first line; he begins deeper, targets one central defender, and works to restrict passes between opposing central defenders.

Once play passes him, he retains his position to discourage backwards passes instead of moving to mark those in defensive midfield, leaving Leicester's midfielders to press the ball, largely to preserve his own energy levels but also to seek a better position from which to counter. In midfield, Ndidi's work ethic, ability to cover ground and awareness of when to move forwards from his starting position is crucial in holding up play and ensuring Leicester's full-backs and central midfielders have time to recover their defensive positions and negate potential counters.

If direct balls are attempted, Jonny Evans and Caglar Söyüncü are authoritative in the air, and Söyüncü is also comfortable covering behind their full-backs. Behind them, the vocal Kasper Schmeichel is influential in organising their often disciplined defensive approach – including when they press – and his ability as a sweeper-keeper means that those in front of him can apply pressure in midfield with confidence. Leicester counter effectively from the lower block they occasionally use – one Rodgers increasingly favoured at Celtic against opponents dominating possession in the Champions League. What often becomes a 5-4-1 (above) involves Vardy prioritising an opposing defensive midfielder, and the midfield and defensive lines behind him being particularly compact.

When that means opponents target the inside channels or wide areas, Leicester's wing-backs explosively jump to press and prevent the first-time crosses that can be so potent against a back five, and the wide midfielder in front of him will move to fill the inside channel. If their opponents instead build with patience, Leicester's wide midfielder instead moves to press, the wing-back behind him retains his position in their back five, and the nearest central midfielder fills the space that has been created in the inside channel. That demonstration of an organised low block and the preservation of the positioning of Leicester's three central defenders is ultimately a further demonstration of their versatility.