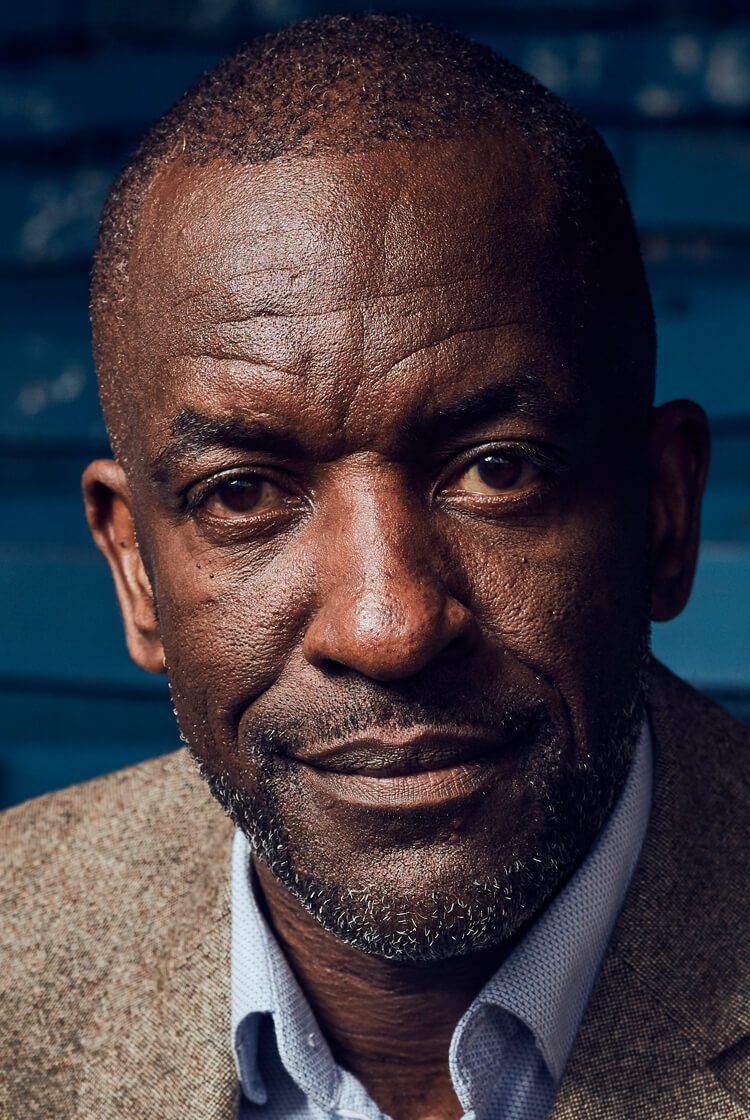 What a strange feeling.

Less than 24 hours earlier I’d been in my apartment in Leicester, settling down for an evening in front of the television.

Then my phone rang. It was Leicester City’s chief executive. Seven months earlier, I’d finished my playing career at the club. Now I was there coaching the first-team and Under-21s.

My first question was: “Does Sven know?”

Sven-Göran Eriksson had been Leicester’s manager for a few months, and I was enjoying working with him. He was nothing like how people perceive him. He was a great organiser and he was fit – out on the training ground every day. I was learning a lot from him.

As long as Sven knew about it, then okay. Why not?

The next day I got the train to London for a two-and-a-half-hour interview. With no real time to think about it, I went in feeling really underprepared.

But I brushed up on my knowledge of the squad. And I was fortunate that I knew Charlton as a club from my playing days. I knew about the fan base and the infrastructure. And I always kept an eye on what was going on from afar.

I planned to jump on a train to Leicester straight after the interview, to make it back in time for a game that evening. But, as we shook hands, Charlton’s chairman told me to stay in London for a few hours.

I had nowhere in particular to go, so I just walked around central London. Killing time while I waited for my phone to ring.

An hour after I left the interview, the morning after I’d first heard they wanted to speak to me, I was the manager of Charlton Athletic. A club I’d been through so much with as a player.

"Every day, I had an education in how a manager works with his staff. It was basically an apprenticeship"

In my final season, it was Leicester's manager Nigel Pearson who gave me the belief that coaching was something I could do.

I’ve always had a natural empathy with players. When I was captain at different clubs – even when I wasn’t captain – I would talk to others. I wasn’t afraid to say my piece, in the right way.

I’d look at games, look at my own performance and look at the team. And I would ask myself questions. Why are we doing this? Then I’d work the answer out for myself.

In my last year as a player, I started doing more of something that I’d done instinctively throughout my career: I was helping players with their game. The younger full-backs would come to me and I’d discuss their game with them.

To Nigel, the next move was obvious.

“You’re actually coaching and managing. You may not think you are – but, unofficially, you are.”

Towards the end of my career, it was so important that someone noticed those things about me.

Nigel knew I was planning to retire at the end of the season and told me he’d like to keep me on as a coach at the club.

Looking back now, that was crazy. Someone was giving me an opportunity to take the next step in my career. I’d been PFA Chairman, and was looking at going into the administration side of football. But, if you’re not playing, the next best step is coaching and managing.

Actually, why am I thinking about it?

I joined the coaching staff straight away – while I was still a player. Every day for the rest of that season, I had an education in how a manager works with his staff. I was in every meeting.

Watching, listening, making notes upon notes. I saw how they reacted to the weekend. How they planned the week and month ahead. How they handled individual players. How they dealt with elements of the game they liked or didn’t like.

All of it was played out in front of me. It was basically an apprenticeship.

"As a new manager you’re constantly outside of your comfort zone. Always asking yourself, is this right?"

So when Charlton offered me the manager’s job, this time I didn’t hesitate.

I was excited, but I’ll be honest with you – I was quite apprehensive as well. Charlton hadn’t won a league game in two months when I arrived. When you go in at a time like that, everyone’s looking at you for direction. Players. Staff.

It was something I wasn’t used to.

The first six months were tough. But it’s my first game that really stands out. And probably not for the reasons you’re thinking.

We were playing Plymouth at home. I’d run through what I was going to say to the players before the game the night before – but, when it came to it, I didn’t say what I wrote down. It just came from the heart.

After I said my piece, the players went out for the warm-up and Peter Reid, who was the Plymouth manager, came into my room.

He started talking to me about his troubles at the club, and I’m looking at him thinking: "Is this normal? Does the opposition manager usually come in?" I’d never seen it before.

Is he trying to unnerve me?

I was already nervous, thinking about all the things I had to do. About the pressure. We’ve got to start winning games, getting points.

But looking back now, I can see he was just being himself. Being friendly. I’ve never forgotten that moment, though.

As a new manager, you’re constantly outside of your comfort zone. Always asking yourself, is this right?

That day, we beat Plymouth 2-0. It was a great start and the momentum stayed with us for the next three games, too.

But then the winning stopped.

"Signing 16 players was a bold step, but I felt I needed to do it. The club needed new heroes"

For 11 games, we couldn’t get over the line. In fact, we only won two more games for the rest of the season. Like I said, it was a tough six months.

In my interview for the job, I’d said I was going to change the whole culture of the club. That summer, I knew that was what we had to do.

It helped that I knew Charlton. Over three separate spells there as a player, I’d played more than 250 games for the club. I knew the supporters, too – I’ve been there so many times, I think I know every single supporter.

I knew what it took to get that club back on track.

My first six months gave me time to look at the squad. Time to see the disconnect between the club and the fans. There was a downbeat feeling that I knew we could change if we got the supporters on side.

That summer we signed 16 players.

It was a bold step but I felt I needed to do it. The club needed new heroes. A new way of thinking.

People say that players need time to gel, but we put a lot of planning and foresight into our recruitment to make sure that time was as brief as possible.

We made sure that the players we brought in could not only handle playing in League One, but also, if things went well, stay with us in the Championship. I wanted players who I felt could grow, organically, with the club.

I knew from my time as a Charlton player what that club can be like with momentum. That next season, we really got it going. When that happens, it feels like you’re riding the crest of a wave and you can just keep on going.

It’s something every manager wants to have. And it took us all the way to the League One title.

"I had to shield a lot of what was going on from the players. Sadly, I had to keep it away from the fans and my staff, too"

But, over the next 18 months, things changed.

We had a strong first season in the Championship, just missing out on the playoffs. But we couldn’t build on it.

At the beginning of 2014, the club got a new owner. I could see the way things were going.

Things weren’t great on the pitch and I knew that, when takeovers happen, invariably there’s a change of manager.

At that point, I became scared for the identity of the club. Scared that all the hard work people had put in could go to waste.

People were very dismissive of the players we had. There was an idea of parachuting in players from other clubs to play in the Championship.

I’d tell them: "They need to be able to play at this level. It’s unique. Tough. Relentless."

During my last few months as manager, I had to shield a lot of what was going on off the field from the players. Sadly, I had to keep it away from the fans and my staff, too.

I took a lot of it on myself, which was tough.

But it was a time that helped me to understand one of the key factors to being successful as a manager.

Your relationship with your owner and the people that run the club is key. It really is.

Ultimately, you’re judged on what you do as a football club and what results you get. And you’ve got to have that link – that relationship – to make the whole thing work.

It was a good lesson to learn so early in my career.

I left Charlton disappointed with how my time there ended. But I also left knowing that feeling of being a manager was one I wanted to have again.

It didn’t feel strange any more. It felt like I belonged.

Chris Powell took part in the 2018 London Marathon for Prostate Cancer UK. If you'd like to donate please visit www.justgiving.com/fundraising/chris-powell2018