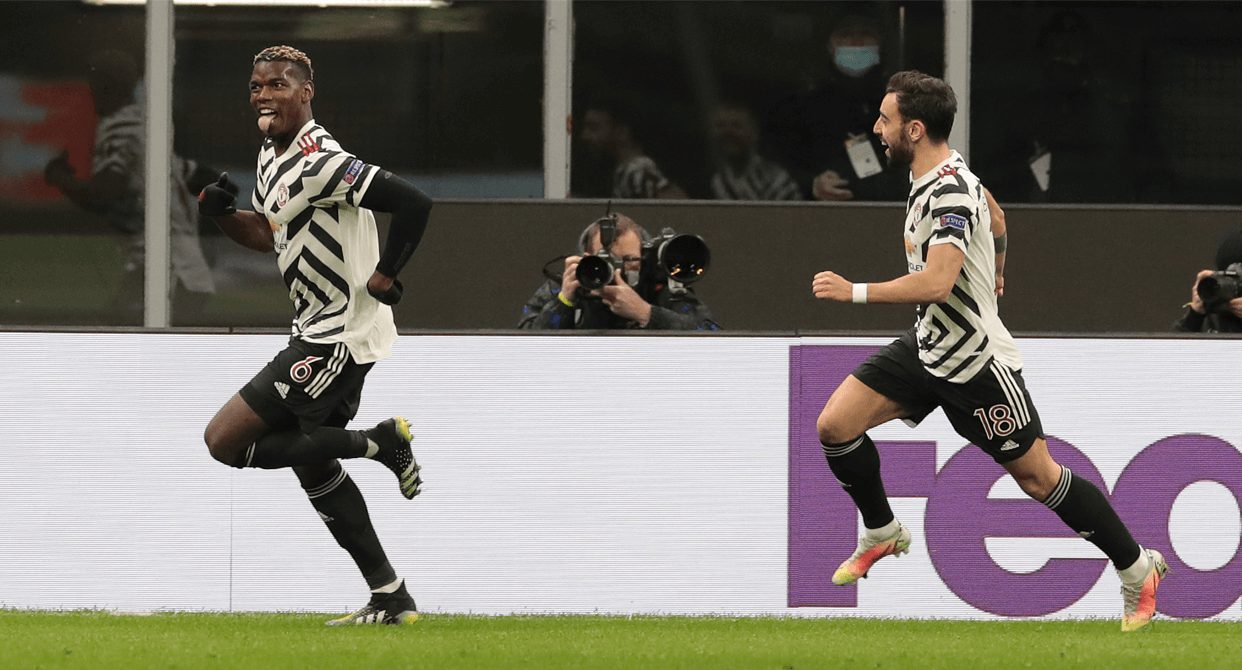 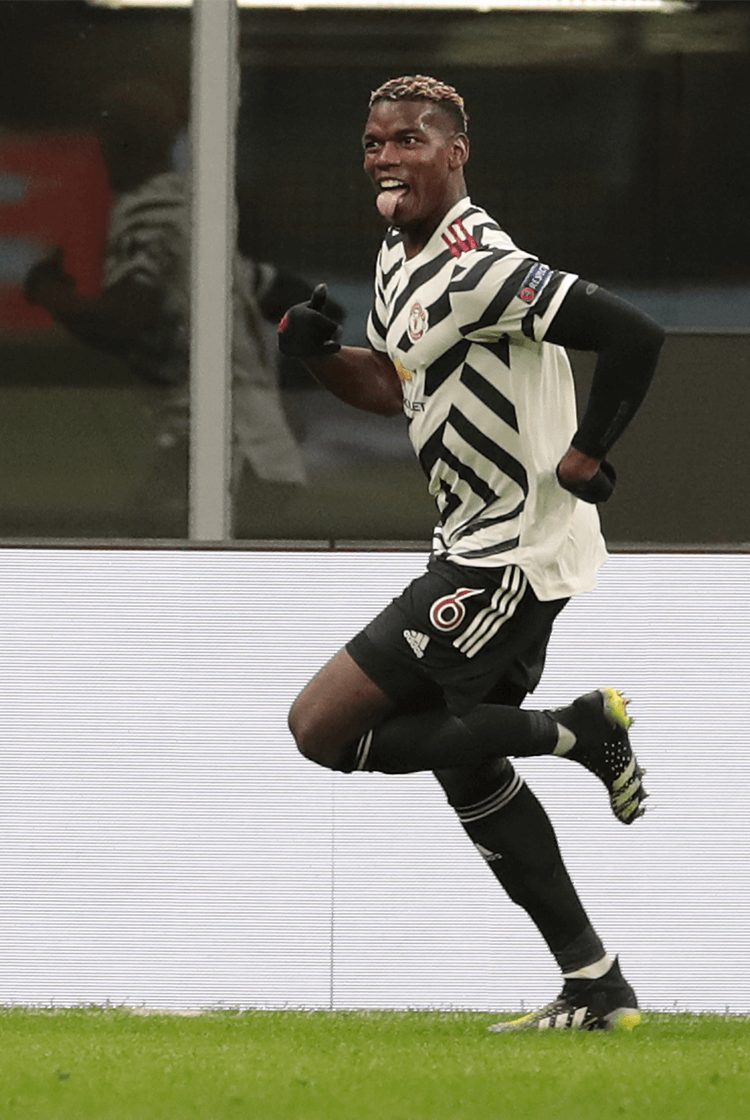 Manchester United progressed to the quarter finals of the Europa League by beating AC Milan at San Siro after substitute Paul Pogba's second-half goal. Last season's semi finalists remain on course to go at least one better in 2020/21, and ultimately to deliver the trophy that has so far eluded their manager Ole Gunnar Solskjaer. Pogba was making his first appearance this season in the competition, having been absent since February 6 with a thigh injury. "We've come through a very difficult tie against a fantastic club and we've overcome some difficulties," said Solskjaer. "There are many good teams left but you've got to be spot on. It's a cup competition and anything can happen. But we are through and we feel confident." His opposite number Stefano Pioli said: “Two excellent performances on our part, but at certain levels the errors come at a high price. We made a mistake that we paid for. I don’t think Milan deserved to go out, but not scoring despite the various occasions and the two goals conceded in that way made the difference." 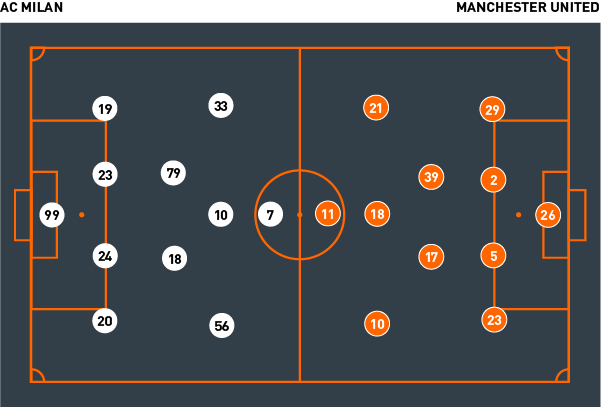 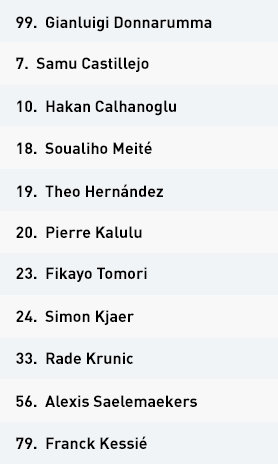 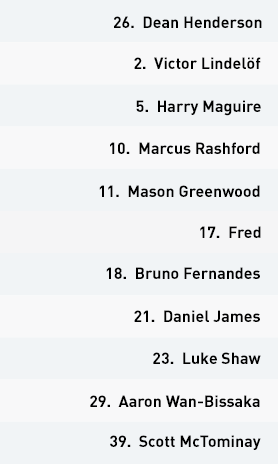 AC Milan were organised by their manager Stefano Pioli into a 4-2-3-1 formation led, on this occasion, by Samu Castillejo. Their opponents, Manchester United, defended either with that same shape or with a more expansive 4-2-2-2 with which they sought to win possession and quickly transition forwards.

Pioli instructed his full-backs to adopt advanced positions, alongside those forming their double pivot, to create a line of four that gave their central defenders passing lanes around or through United's attacking players. When they sought to build possession they often dictated the pace of what was unfolding, and for lengthy periods maintained possession close to their goal, tempting United forward and, in turn, Milan to play forwards and into the spaces that emerged as United did so.

United, regardless, resisted regularly applying a high press during the first half, which meant Milan often having time and space to retain possession and pursue the spaces they sought to progress it, and the in-possession player was also regularly supported. With United attempting to remain compact, Theo Hernández and Pierre Kalulu continued to advance from full-back to receive forward passes; Milan built possession towards one side of the pitch before changing the point of their attack, at pace, via their defensive midfielders to capitalise on space on the opposing wing before United could adjust.

During the lengthier periods of possession that took place in United's half, Milan committed further numbers forwards to the extent that only one defensive midfielder and their two central defenders remained withdrawn. When progressing to behind United's attacking and midfield lines, Milan sought to drive forwards with the ball and to offer rotations between their attacking players that were difficult to track, leaving their opponents instead attempting to delay them.

Though they struggled to create overloads in the final third, Pioli's team succeeded in creating spaces with clear passing lanes between their attacking players that encouraged one-touch play which, when executed well, proved difficult for United to defend against and contributed to the creation of goalscoring chances – mostly from outside of the area. The absence of an orthodox striker meant Castillejo and Hakan Calhanoglu offered complementary movements before possession arrived in the final third, often even withdrawing into midfield to combine with the defensive midfielders behind them.

The introduction of Zlatan Ibrahimovic, for Castillejo, gave Milan a new focal point and a different attacking threat that meant them becoming more direct in their pursuit of the goal they needed after Paul Pogba had scored. They also started to take more risks – their goalkeeper Gianluigi Donnarumma had a higher starting position, and increased spaces existed between their full-backs and central defenders.

They increasingly drove balls towards Ibrahimovic to then target knockdowns, but convincing chances remained rare, not least because United reorganised to defend with a compact, patient 4-4-2 led by Bruno Fernandes and Mason Greenwood. Their shape made it particularly difficult for Milan to break lines.

Ole Gunnar Solskjaer again demanded Manchester United play with their long-favoured 4-2-3-1 formation, and in the absence of Anthony Martial and Edinson Cavani, selected Mason Greenwood as his starting striker. AC Milan chose to defend with a 4-5-1.

Unlike as has recently been the case, United's full-backs Aaron Wan-Bissaka and Luke Shaw were reluctant to advance and create overloads in the final third, but had more advanced starting positions because of the willingness of Fred and Scott McTominay, again selected at the base of midfield, to withdraw to between them and their closest central defender. United favoured building from deeper territory, tempting Milan's attacking players to advance; Milan consistently sought to apply a high press, and occasionally forced errors when they succeeded in putting their opponents under pressure.

Greenwood often withdrew into central midfield to receive possession from Harry Maguire or Victor Lindelöf in an attempt to disrupt Milan's defensive shape, so Bruno Fernandes instead often became their most advanced player. Maguire and Lindelöf limited the space between them, and United increasingly committed more numbers to the attacks, ones led by attempting to occupy territory in Milan's half at a reduced tempo, and therefore reliant on their technical ability instead of creating overloads in advanced, wide areas.


The introduction, for the second half, of Paul Pogba proved significant. He interchanged with Greenwood in operating either from wide on the left or as a false nine, and largely succeeded when attacking one-on-one. His ability to retain and set possession to teammates also positioned towards the left created time and space for United to attack into elsewhere, contributing to Wan-Bissaka advancing further forwards from right-back and Shaw moving to support around Pogba and combining with him to produce one-touch football.

Fernandes' freedom led to him supporting close to Fred and McTominay, who were often marked tightly, and, though possession was not always played into Fernandes, his positioning challenged opponents uncertain over whether to press the ball or mark him tightly. Their increased compactness, discipline and patience, having taken the lead, proved particularly effective – they became content to preserve their one-goal advantage and to transition forwards.