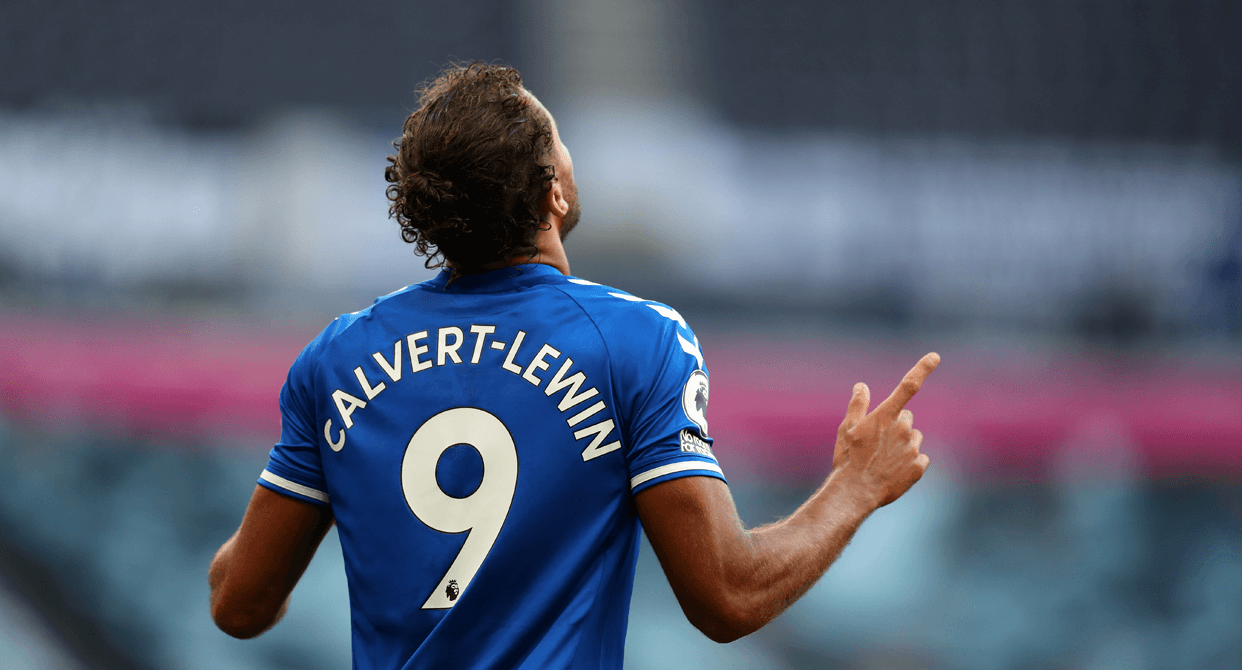 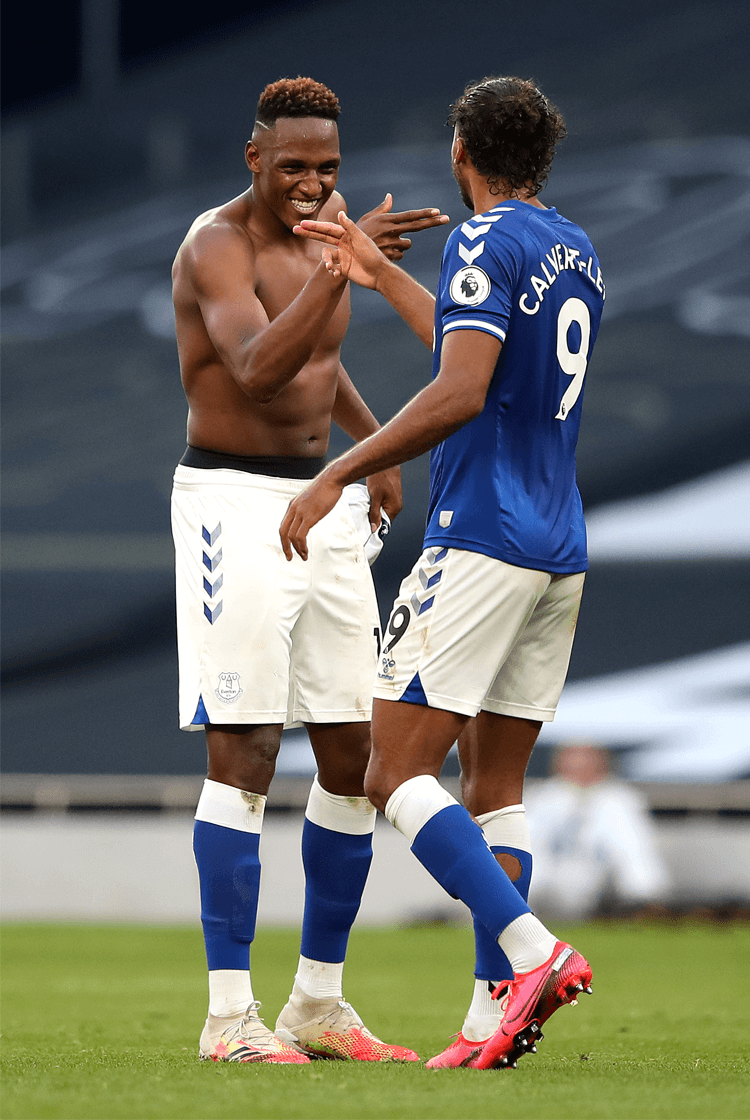 Dominic Calvert-Lewin's second-half header gave Everton an encouraging start to the 2020/21 season as they provided the latest demonstration of their potential under Carlo Ancelotti, this time at Tottenham. Calvert-Lewin, perhaps their most improved player since Ancelotti's appointment, met Lucas Digne's outswinging free-kick with a powerful header, and Spurs otherwise offered too little attacking threat to deserve an equalising goal. James Rodríguez, Everton's highest-profile summer signing, also impressed. "We are satisfied, I am satisfied, the performance of the team was brilliant," Ancelotti said. "I am pleased we started the season well and we showed we can compete which is the most important message to take." The similarly decorated José Mourinho, Spurs' manager, said: "I was expecting much more individually and collectively. It wasn't a very good performance; not a consistent performance; not a performance that leaves me with a very good feeling that all of my players gave everything." 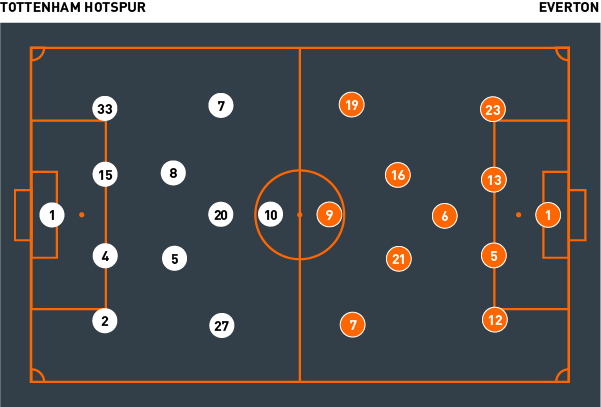 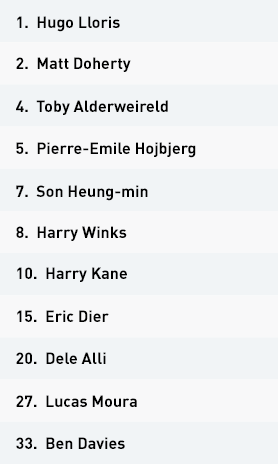 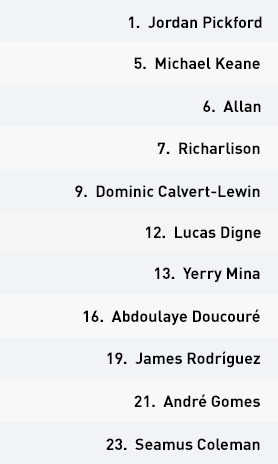 Tottenham used a 4-2-3-1 formation, but José Mourinho set his team up to attack with an asymmetrical shape; left winger Son Heung-min moved high and beyond centre-forward Harry Kane, even when Spurs attacked down the right. Matt Doherty, a debutant at right-back, pushed forward frequently, leaving a back three, and right winger Lucas Moura moved inside to support Kane. Dele Alli played as the central number 10, often drifting into Spurs' left inside channel to support Son.

James Rodríguez, another debutant, played on the right side of midfield in Everton’s 4-1-4-1, but he didn’t always work back well, and that meant the left inside channel giving Spurs the most time on the ball and their most promising route towards goal. Seamus Coleman was tested early with direct balls to try and get Son in on goal. Everton also pressed Spurs' centre backs with one of their number eights pushing up alongside Dominic Calvert-Lewin, and whenever it was the right-sided number eight who moved forwards, the left inside channel was again left vacant.

However, Spurs struggled throughout to progress beyond Everton’s defence. Kane dropped deep to help link in midfield and spray passes out wide to Doherty or Son, but it was when he was further forwards that Spurs created their best chances, such as from Son’s inswinging cross that just evaded Kane. Doherty’s penetrative run and combination with Kane then forced a good save from Jordan Pickford. Overall, the striker had far too few touches inside Everton’s penalty area.


In the second half, Moura moved into the number 10 role in place of Alli, who was replaced by Moussa Sissoko, but Spurs could not take control of midfield and service into their attack was worse than during the first half. Mourinho tried to change things again, through Steven Bergwijn arriving as their third different number 10, but no matter who was playing in attack, their lack of line-breaking, penetrative passes – in particular from their double pivot – meant they rarely threatened.

With Kane struggling against two central defenders and Everton’s full-backs dealing with Spurs’ wider threats, Spurs had little success through the lines in central positions. Though Tanguy Ndombele immediately broke Everton’s central midfield unit within a few minutes of his introduction, his pass came to nothing as their defenders coped and, otherwise, Everton remained compact.

Carlo Ancelotti set Everton up in a 4-3-3 formation, but their most effective play came when they converted into a 2-3-2-3 during prolonged spells of possession. They pushed both full-backs forwards simultaneously, and Abdoulaye Doucouré and André Gomes dropped back into the inside channels, supporting Allan in front of their two central defenders. With Lucas Digne and Seamus Coleman providing their width, Richarlison and James Rodríguez moved inside; Rodríguez, in particular, operated between the lines.

Tottenham defended with a 4-2-3-1 that changed into a 4-3-3 with Dele Alli pushing high and Lucas Moura dropping back; Everton penetrated consistently when playing around their first line of pressure and then switching play. Rodríguez drifted towards the ball to draw his marker infield, leaving spaces out wide to make those switches of play even more effective. Richarlison also made diagonal runs forward to attack as a secondary striker, inviting Digne to move further forwards from left-back.

Despite all of Everton’s early possession and the impressive first stage of their build-up play, Spurs' defence coped well. Everton’s first real chance came when Richarlison pounced on a sloppy back pass from Ben Davies.


Spurs pressed higher as the game wore on, so Everton were unable to transform into their 2-3-2-3, with too little time to make the necessary rotations. They therefore focused on playing over Spurs' press, with Rodríguez moving inside and Richarlison wider and higher; Coleman and Digne were unable to advance as far as they intended. Rodríguez had the quality to provide the link between those aerial passes over Spurs' press and their attack, and he played a key role in helping Everton to turn defence into attack and to sustain periods of attacking pressure.

Everton focused much of their play on Richarlison’s wider positioning; both Dominic Calvert-Lewin and Rodríguez moved across to assist, with Calvert-Lewin attacking in behind and Rodríguez providing a passing option in front of Spurs' defence. It was through a set-piece, however, that Everton scored the only goal of the game, after build-up play down the left that earned the relevant free-kick.

Rodríguez moved further inside in the game’s latter stages, almost playing as a central number 10 from where he was able to link more quickly with Richarlison, who could move higher as a result. Rodríguez was then in a prime position to provide an option for cut-backs from Richarlison, who took advantage of the spaces created by Matt Doherty’s higher position as Spurs pushed for an equalising goal. Throughout the second half, Richarlison remained the most threatening player on the pitch and he looked the far likeliest to provide a second goal.