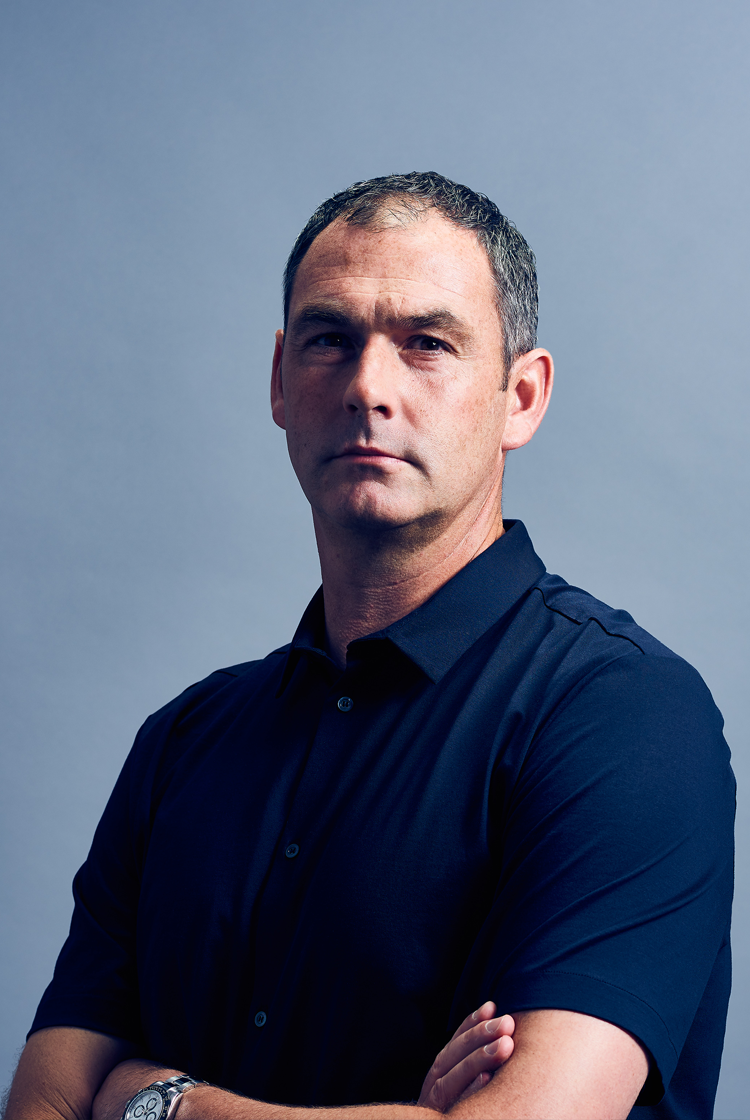 What would Carlo do?

Every player was suddenly rendered mute by a question they'd never had to answer before.

I stood at the front door with a marker pen in hand and a flip chart beside me, ready to write. A few feet away stood the Chelsea manager and my boss, Carlo Ancelotti. The two of us were waiting; expectant.

It was the night before the 2010 FA Cup final, when Avram Grant's Portsmouth were set to provide the last remaining obstacle in Chelsea's attempt to win a first Premier League and FA Cup double in the club's history.

Less than a week earlier Carlo and I had celebrated in the dugout as these now muted players secured the league title with an 8-0 thrashing of Wigan on the final day of the season. But in the back of our minds we were already thinking about Wembley.

"This is the last game of the season. We know what we're able to do and we know the opposition. What do you think the tactics should be?"

Carlo's question silenced a group of players not renowned for being shy. They weren't used to being asked for their thoughts; their ideas. But, gradually, baffled expressions turned into ones of contemplation, and then the hands went up.

Petr Cech, John Terry, Frank Lampard – all three made key contributions that night – and as the others warmed to the idea, more got involved. I scribbled notes down as fast as I could and, before you knew it, we had a list of defending points and a list of attacking ones.

"How amazing would it be to watch and learn from Carlo?"

That was it. The tactics were decided; the team talk was done and the next day the players went on and delivered.

A 1-0 victory; a historic double; a player-led approach.

Sometimes coaches are scared to give that responsibility to the players. But ultimately that's what it's all about. When a game goes on, how much can a coach influence what's happening, in a full stadium where the noise is deafening and you can't get information across to the players? They need to be able to make those decisions in split-second moments. The more responsibility the players take, the better.

That's just one thing I learned from Carlo.

There's so much more. As a coach and a tactician he taught me an incredible amount. But equally important is what I learned from him as a person. I watched how he dealt with people and relationships, managing to be strong in his ways and ideas and to make sure that the dressing room was a disciplined place, while at the same time developing strong relationships with players.

He made them feel comfortable. He got the best out of them.

He also did the same for me.

I remember when I first heard Carlo's name being linked with Chelsea, in the period after Guus Hiddink left. I'd never met him before, but I'd seen his teams play. First when he managed Juventus and they played Manchester United in the 1999 Champions League semi final. Then at Milan, where he had so much success – particularly in the Champions League.

Different names had been spoken about as replacements for Guus, but when I heard Carlo's I thought: 'How amazing would it be for someone with his experience to come to our club and potentially give me the opportunity to watch and learn?'

I was the reserve team coach at the time, but Guus had given me a taste of working at first-team level during his four months at Chelsea. It was a brilliant experience, but when he left my thoughts were that I'd go back to my role with the reserve team. It didn't stay that way for long.

Carlo came to the club with one assistant whose strengths were really in sports psychology, and Ray Wilkins stayed on as his assistant manager. But he needed one more coach in his team.

Frank Arnesen was Chelsea's sporting director at the time, and I'd worked closely with him in the academy. It was he who put me forward.

"Why don't you have a look at Paul? He's been here for the past four years and has some skills that could possibly help you."

For the first two weeks it was like I was on trial. I went with Carlo and the first team to the US on tour, but when we got back I told him it was probably best if I went back to work with the reserve team.

"No, no. The best experience for you would be to come and work with me. We'll be successful. You'll enjoy it." There was no turning down that opportunity.

Over time, as I moved with Carlo from Chelsea to Paris Saint-Germain, Real Madrid and Bayern Munich, he gave me more and more responsibility, on which I thrived. But initially, I think what he liked in me was that I brought some organisation. I was a good planner and I knew lots of different exercises. Those were the kind of skills he needed, based on the ones he and Ray Wilkins had. We worked well as a team.

"One conversation at Chelsea will remain with me forever"

There was one thing that really impressed me about Carlo, both at Chelsea and beyond. Almost 50 years old when he came to England, he didn't really have any language skills. He'd spent his whole career playing and coaching in Italy. Now he was embarking on a journey of Europe where he would embrace the different cultures and the languages.

He learned English, learned French, learned Spanish, more recently German – and all in his 50s. He'd study in the afternoons or after training with a language coach, determined to improve because he knew how important communication was to being a manager.

When you're a coach on the training field, you can get away with it a bit more. But when you're the manager, you have to communicate not only with players but also the media, the ownership and the fans. It's vital.

One conversation from our time together at Chelsea will remain forever ingrained on my memory. For reasons that will become very obvious.

"If there's a time that I leave this club and go to work elsewhere, would you be interested in coming with me as my assistant?"

"His words hung in the air. I wanted to grab hold of them"

When Carlo asked me that question, I had no idea where saying 'Yes' would take me; no sense of the opportunities it would lead to. If anyone had shown me a snapshot of what was to follow, I probably would have laughed – a lot.

Seven months had passed since Carlo had left Chelsea; six since I followed him out of the door.

"I've been offered the manager's job at Paris Saint-Germain. Do you want to come?"

I'd not long started work at Blackburn, where I was assisting the manager, Steve Kean. I had a wife and two children to think about, too, but I knew that joining Carlo was the right step for my career.

"I never saw Carlo get too high, or too low. I go back to that"

Some 18 months later, the next step became clear.

"Real Madrid have contacted me. There's a chance we could go there."

Carlo's words hung in the air. I wanted to grab hold of them to see if they were real. It was like a dream.

It was the dream.

I worked with Carlo in four different countries, leagues and languages. Despite the changing environment he was always consistent, not only in his messages to the players and in his personality, but in the way he managed success and times of difficulty.

I never saw him get too high, and never too low. As a relatively young coach at senior level, I learned a lot from that level-headed approach. Later on, in my time as a manager at Derby County and then Swansea, I often went back to those times. I recalled different situations and the ways in which Carlo managed them.

"What would Carlo do?"

Having worked side by side with him for so many years, I'm often asked how I would describe Carlo as a manager. The best way I can answer is to say that if I were a player, I would love to play for a coach like him.

He is by far the greatest influence on my career.