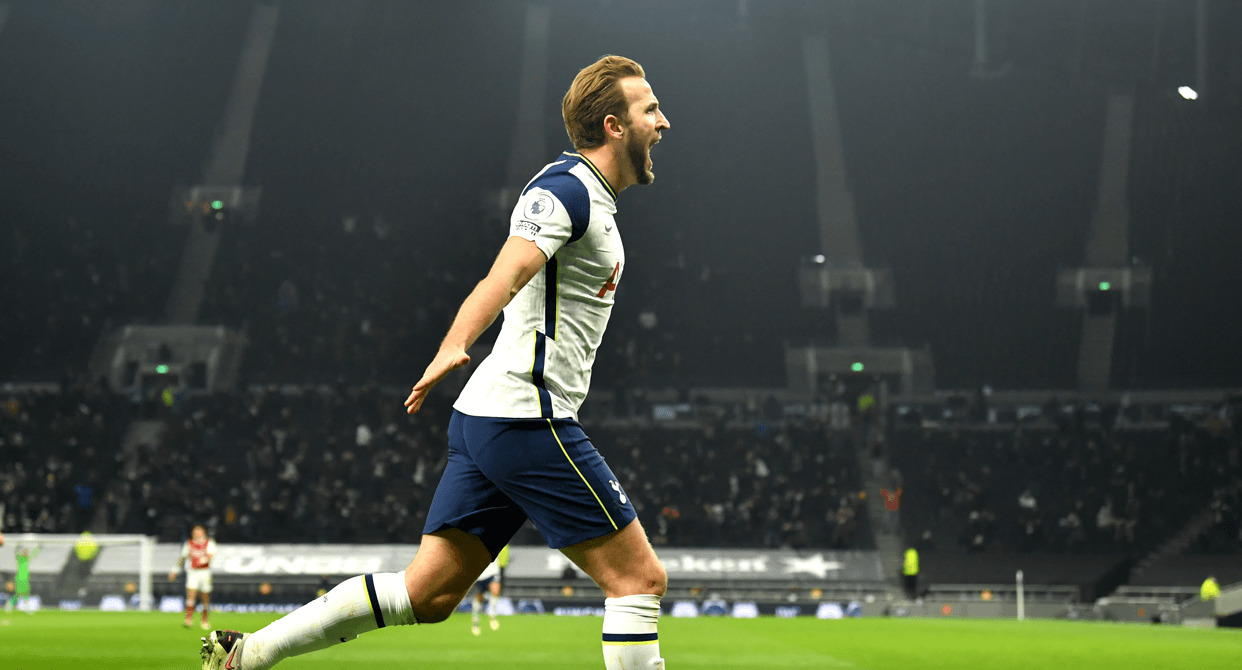 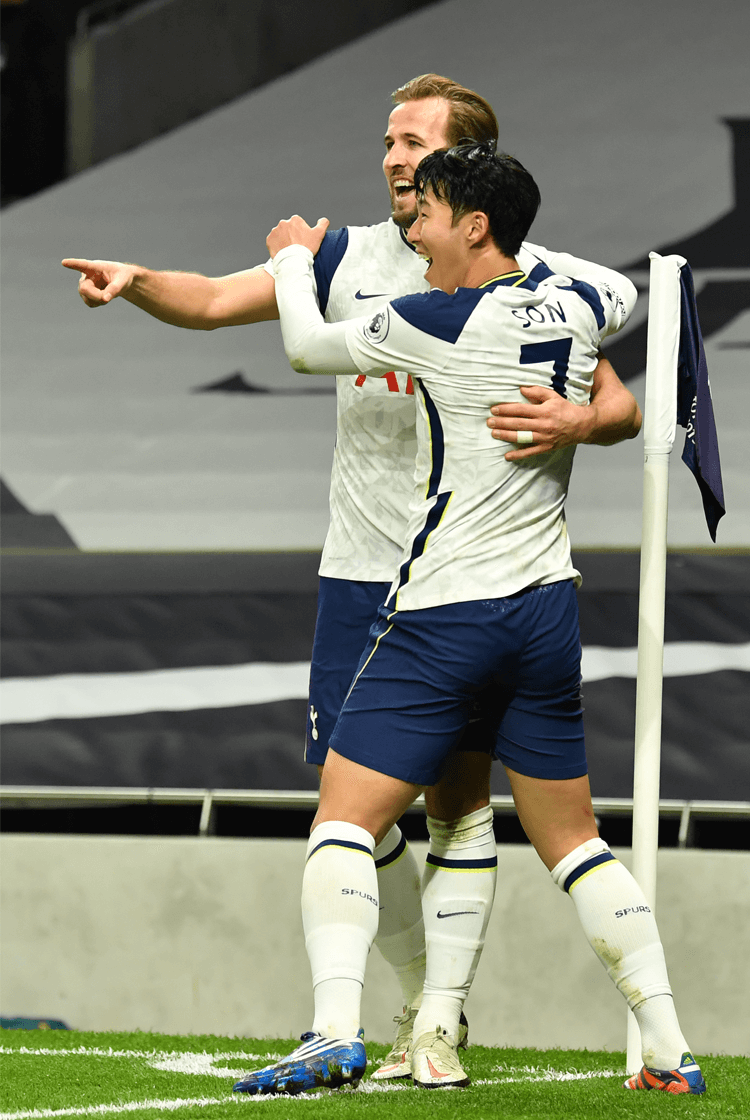 Tottenham celebrated victory in the north London derby by climbing to first in the Premier League as they provided the latest demonstration of their ability to challenge for the Premier League title. Ahead of defending champions Liverpool on goal difference, their latest three points came with the satisfaction of leaving Arsenal struggling in 15th. The increasingly impressive partnership between Son Heung-min and Harry Kane was again influential; Son gave them the lead in the 13th minute, and Kane doubled that lead on the stroke of half-time, after which Spurs professionally negated Arsenal's attempts to respond. Kane and Son have combined for 31 Premier League goals; only the 36 once recorded by Frank Lampard and Didier Drogba at Chelsea surpasses their total. "People could expect this past three matches (against Manchester City, Chelsea and Arsenal), three or four points or six and lose one," said Spurs' manager José Mourinho. "We did seven (points), we didn't concede one goal against phenomenal teams. We are top of the league for one more week, which is good fun." His opposite number, Mikel Arteta, said: "(We were) missing that final link, that final touch, that one-v-one with (Pierre-Emerick) Aubameyang, that header – I have a lot in my memory. At the end, in the opponents' box we were not ruthless enough when we had the chances and then we conceded two goals." 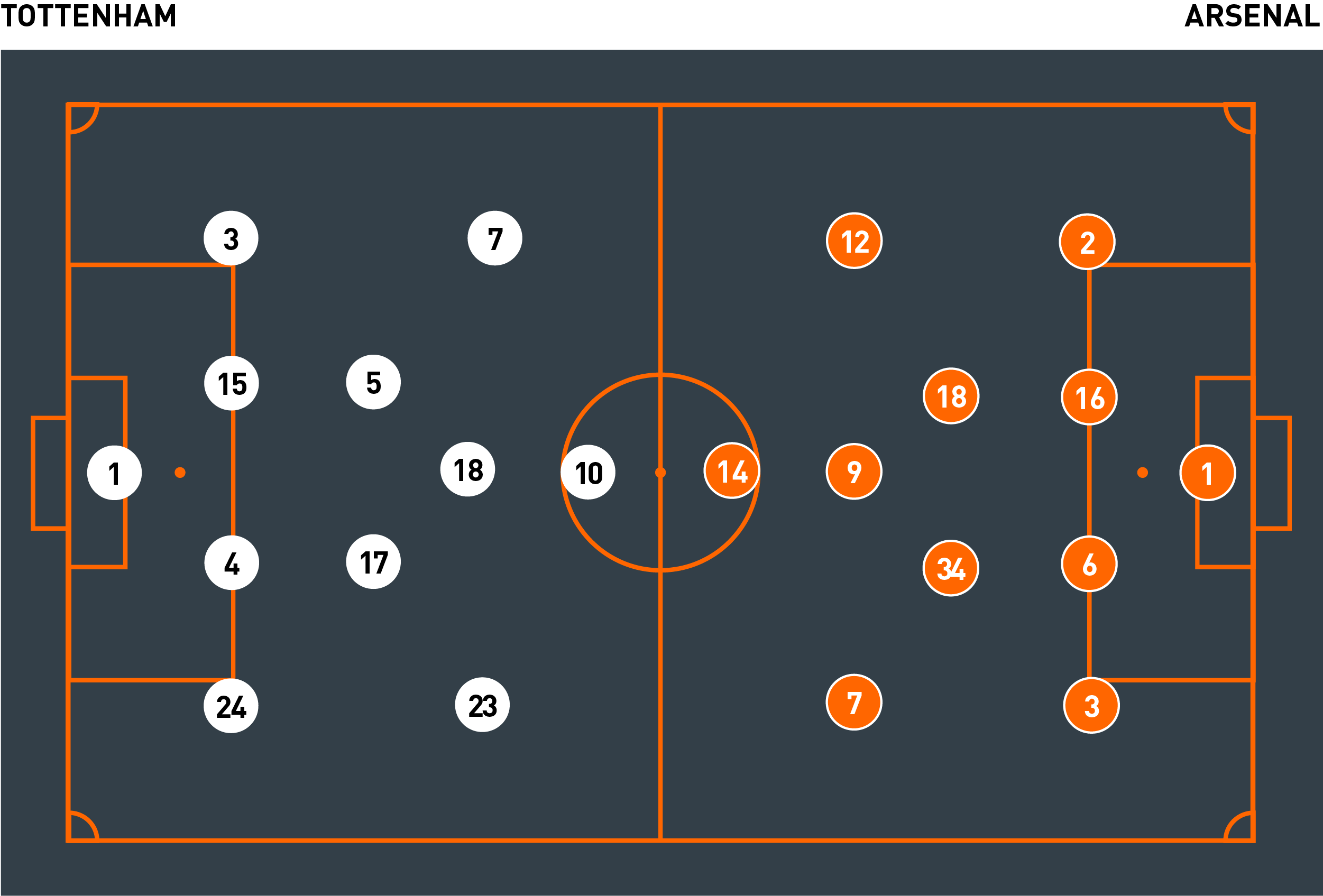 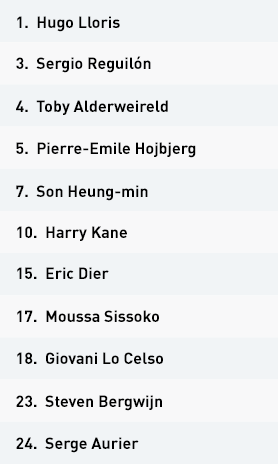 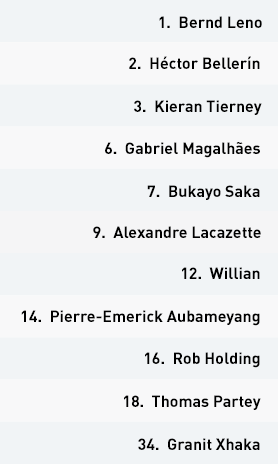 Tottenham were organised by their manager José Mourinho into a 4-2-3-1 formation led by Harry Kane, who was supported in the final third by Steven Bergwijn, Giovani Lo Celso, and Son Heung-min. Their visitors, Arsenal, consistently remained in a 4-2-3-1; Thomas Partey and Granit Xhaka formed the double pivot at the base of their midfield.

Spurs were regularly willing to sacrifice possession but they continued to offer variety when building play. Against Arsenal's high press, they initially sort to play short passes to their central defenders to draw that press, and then to play longer passes towards their attacking players. Arsenal's success in defending against both the first and second ball when they did so meant that Spurs instead sought to play through midfield.

Their opponents were vulnerable against the movements they offered, which regularly drew them out of position. By seeking to cover a player near the ball, another in a more advanced position was granted space. Thomas Partey was guilty of risking doing so on several occasions when he moved to towards Pierre-Emile Hojbjerg or Moussa Sissoko, whose intelligent positioning was regularly intended to influence that of their opponents, and therefore to encourage their wide players to move infield into the spaces vacated.


The reckless Granit Xhaka, like Partey, was too regularly drawn out of position; Héctor Bellerín was also too willing to move in response to a short movement at the expense of missing a more dangerous one. The extent to which the positioning and judgement of Mikel Arteta's team was being tested meant that they struggled to remain compact, contributing to Spurs' ability to advance through them.

Spurs' biggest threat, regardless, came on the counter. Their awareness that Arsenal's full-backs would advance meant that they often prioritised transitioning into the wide areas, via Bergwijn and Son making forward runs into them. Kane withdrawing to towards the ball shortly before their first goal forced Arsenal's unsettled defence to become even narrower, increasing the space Son ran into.

Arsenal had too little defensive cover and security against transitions during the first half. If that improved during the second, Spurs by then had minimal desire to attack, and were instead focused on nullifying their opponents' attacks, even if they retained potential on the counter. Spurs' deeper defensive block meant that they had to cover greater distances during transitions, contributing to Arsenal managing those transitions more effectively during the second half.

Arsenal were organised by their manager Mikel Arteta into a 4-2-3-1 formation led by Pierre-Emerick Aubameyang. Their hosts, Tottenham, defended with a 4-4-2, via Giovani Lo Celso advancing to alongside Harry Kane to form a front two, and Steven Bergwijn and Son Heung-min adopting more withdrawn roles in midfield either side of Moussa Sissoko

Spurs operated with a mid-block when they were without possession, in an attempt to force Arsenal to commit players further forwards, and they therefore also attacked on the counter. Kane and Lo Celso were content for central defenders Rob Holding and Gabriel Magalhães to retain possession and to instead restrict passes into the feet of Granit Xhaka and Thomas Partey.

Both central midfielders targeted adopting positions as a false central defender or false full-back, to develop a three-on-two and therefore progress possession beyond Spurs' front two, but proved ineffective at doing so during the first half because the central defenders alongside them didn't advance with the ball to commit one of Spurs' midfielders. By instead playing a pass, Spurs' midfield was able to negate their efforts by simply shuffling across.

Son and Bergwijn sought to screen passes into Arsenal's full-backs, and Hojbjerg and Sissoko reacted and contributed if they struggled to do so. The positioning of Spurs' central midfielders was particularly influential; they monitored and reacted to the movements in front of Spurs' central defenders, in the knowledge that Arsenal's full-backs would advance and their wide attackers would move infield. Hojbjerg was, again, particularly defensively aware, and regularly adjusted to negate Arsenal's biggest threat. It was his and Sissoko's ability to prioritise those threats, in contrast to Partey's and Xhaka's focus only on what was in front of them, that was the biggest difference between the two midfields' defensive efforts.

Even with the three-on-two they worked to create, Arsenal struggled to progress possession, and were largely limited to targeting the wide areas. Contrasting movements offered by their full-backs and wide forwards, complemented by Aubameyang and Alexandre Lacazette operating as a third man, occasionally contributed to them advancing outside of Spurs' shape, but their rivals' midfield continued to deny them space in behind. They therefore instead played crosses into the penalty area, but those were also defended effectively against.

That Spurs' defensive and midfield lines remained compact during the second half made them capable of engaging in those wide areas with both their wide midfielders and full-backs, potentially preventing crosses, and ensuring that the remaining three players in each line remained free to defend against crosses. Kane and Lo Celso also remained free to target the second balls that followed clearances.

The introduction, at half-time, of Dani Ceballos, who replaced Partey, gave Arsenal increased technical quality in midfield; the Spaniard prioritised dictating the tempo of their attacks. Holding and Gabriel were also instructed to more regularly advance with the ball, but their hosts were content for them to do so; they even resisted challenging them if they played passes towards the penalty area, because of the 11 men they offered behind the ball.

With Spurs defending the central areas of the pitch so impressively, Arsenal also experimented with playing vertical passes behind their full-backs, for their own full-backs to pursue. Yet that there was so little space behind Spurs' defence meant that those passes had to be particularly accurate to succeed, and that was too rarely the case.