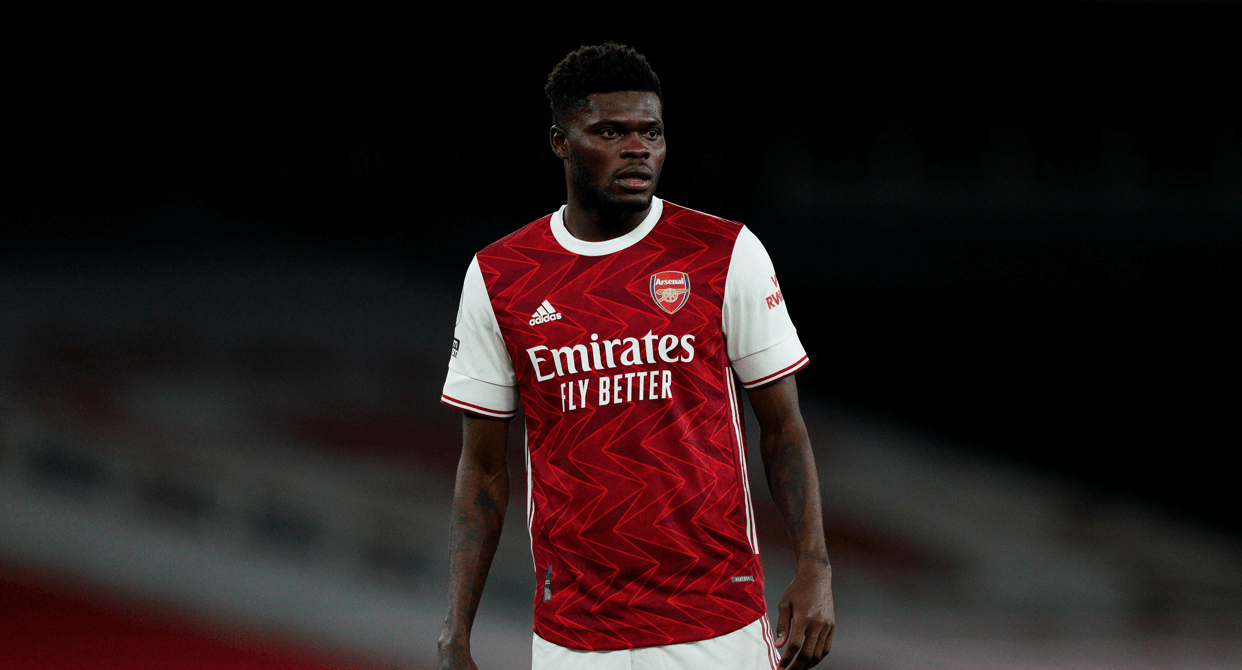 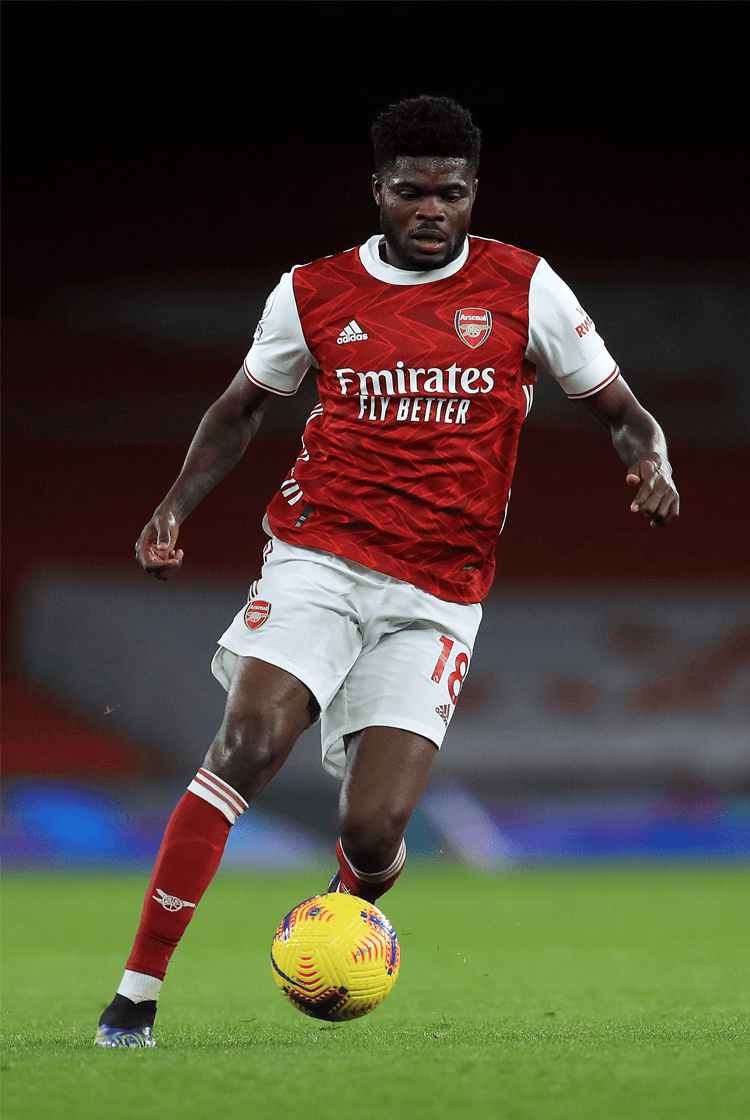 Profile
The long-running saga of Arsenal attempting to find a defensive midfielder who adequately protects their defence appears as though it may be coming to an end. Alex Song, current manager Mikel Arteta, Francis Coquelin and Granit Xhaka are among those to have been tried and ultimately failed there, but £45m signing Thomas Partey could turn out to be the solution.

Injury problems have dogged the early part of his Arsenal career but, when he has been fit, the former Atlético Madrid man has made Arteta’s team look far more assured. “You can see his quality,” Arteta said. “You can see the presence and the special qualities he provides to the team when he is on the pitch. I think it is just a fact of playing more games, getting some chemistry and understanding with his teammates and getting as fit as he possibly can.”

Tactical analysis
Partey is an effective defensive midfielder who gets around the pitch well and primarily provides protection both for his team’s centre-backs and their full-backs. If play is out wide, he likes to move over and double up on the in-possession player, working to block passes infield, and then either attempting to dispossess that opponent himself or force play towards a teammate who can then try to do so. He covers ground quickly and has an exceptional work rate; the combination of these, and the conviction with which he makes tackles or presses in a central position, makes him extremely influential when his team does not have the ball. Once he is able to engage an opponent in a duel, he tends to come out on top.

When defending in deep territory – something he became accustomed to doing while at Atlético – Partey prioritises covering the spaces between full-back and central defender, particularly when opponents have progressed into the inside channel. Similarly, if a full-back has been pulled wide or is beaten by his direct opponent, Partey is quick to cover the space that has been left and looks to intervene in the next phase. He has good positional awareness and shows impressive intuition about when to move out to press, when to hold his position and when to cover for others.

That defensive awareness and ball-winning ability may be one of his greatest strengths, but it is far from the only asset to his game. He is good in possession and keen to get on the ball when his team builds from the back. He likes to come short to receive short passes from the central defenders – in part so that he is in position to protect them should the ball be turned over – and then favours switches of play to a full-back or wide midfielder. He is slightly limited if pressed on to his left foot, from which he cannot play chipped passes with the same kind of accuracy as he can with his stronger right.

Through this ability to play longer passes and his dribbling, Partey provides his team with useful press resistance in central midfield. He has confidence in his control of the ball and takes risks in possession even when deep inside his own half. It can sometimes appear as though he is in trouble when he looks like he has taken a heavy touch, but he uses his lengthy stride to quickly regain control of the situation, and then uses a drop of the shoulder and a clever touch to find himself some space. In both defensive and attacking situations, this can be extremely useful because he draws opponents towards the ball (below), which in turn frees up others, but rarely actually loses possession.

He breaks lines with his dribbling, and likes to progress play wherever possible with his passing, too. When he is short of options, he is willing to play ambitious passes to try and find teammates further forwards, and he also uses the runs of teammates to disguise penetrative passes. For example, having shifted the ball away from the opposition, he is skilled at shaping to spread play out to the right, but then playing across his body and fizzing the ball into a teammate between the lines (below). This takes real skill and vision, and can be hugely valuable in breaking down the opposition quickly.

Role at Arsenal
Partey spent five years at Atlético Madrid playing – for the most part – in the 4-4-2 or 4-4-1-1 that Diego Simeone prefers. His main duty was winning the ball back, and he did that extremely effectively; in his final season in Madrid, Partey made the most ball recoveries for Atlético and the most recoveries in the opposition half. He is brilliant at both winning duels when in a deep position and pressing opponents to regain the ball.

Arsenal have tried and failed to sign an effective ball-winning midfielder on a number of occasions in the years leading up to Partey joining, but they now appear to have found one who fits the bill. After flitting between a 3-4-3 and a 4-2-3-1 in the early part of his Arsenal reign, Arteta has now settled on the latter, and Arsenal often take up a 4-4-2 out-of-possession formation. Given his history at Atlético, Partey is well-suited to this tactic.

He is disciplined in his positioning, and will more often than not be found sitting in front of the defence to protect the back four (below). His left-footed partner in central midfield, Granit Xhaka, is often needed in the back four as cover for Kieran Tierney, who is encouraged to attack at every opportunity from left-back, but Partey is instructed to hold his position. That is an area where Arsenal have typically been left vulnerable in years gone by, but Partey’s presence means they are getting caught on the break far less.

In the build-up phase, Xhaka tends to move into a false full-back position on the left, with the left-sided attacking midfielder – be that Pierre-Emerick Aubameyang, Bukayo Saka, Emile Smith Rowe or Nicolas Pépé – moving off the flank to a position between the lines. Meanwhile, Partey stays central, and looks to collect the ball from the centre-backs. Xhaka has very good distribution and is able to play excellent long passes, but Partey is more daring with his passes through the central lanes – when he has the opportunity, he is regularly able to find the lines of Saka or Martin Odegaard, who can receive on the half-turn and attempt to progress play through the middle of the pitch.

It is rare that you will see Partey move beyond the ball, so his threat on goal – both his shots and his attempts to create – tend to occur a long way out. His shots come from lay-offs from more advanced teammates, but he often slashes at these and regularly fails to hit the target. He is more effective when he attempts to find a teammate rather than shoot, by lifting the ball over a deep-set defence for a runner, but these are difficult to pull off and rarely lead to much.

However, that is not the job Partey was signed to do at Arsenal, and the protection he offers the defence ensures Arteta’s team looks far more secure when he plays. Keeping an injury-prone Partey fit could be key to this side’s success.