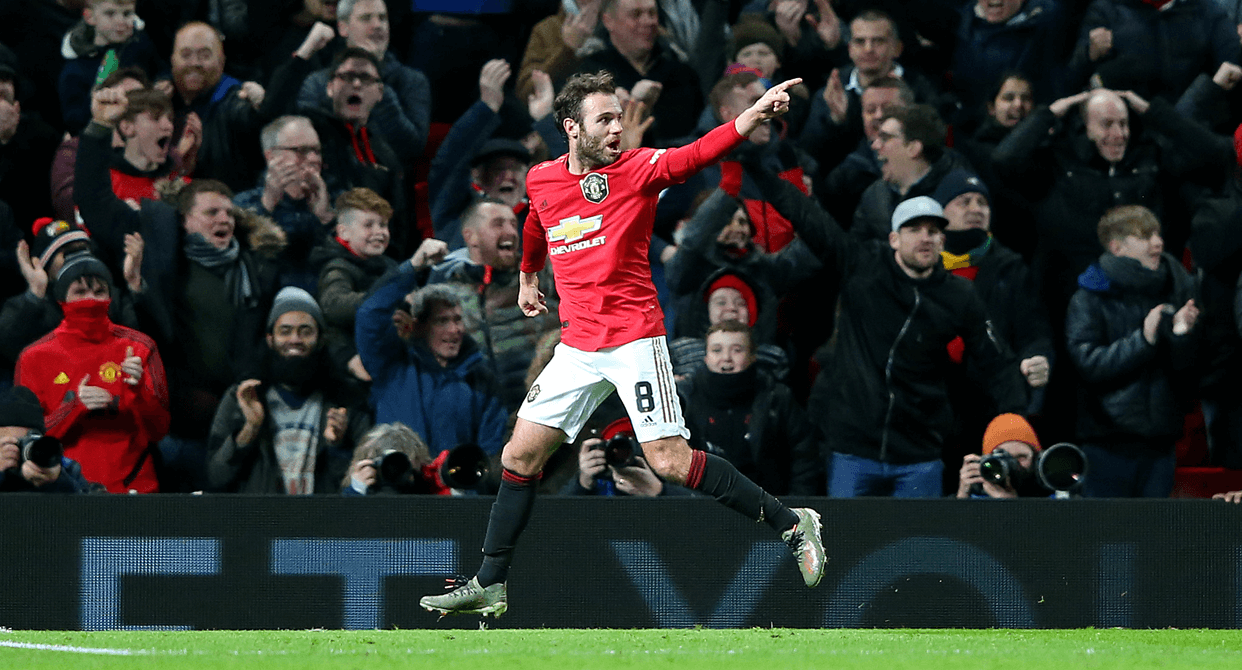 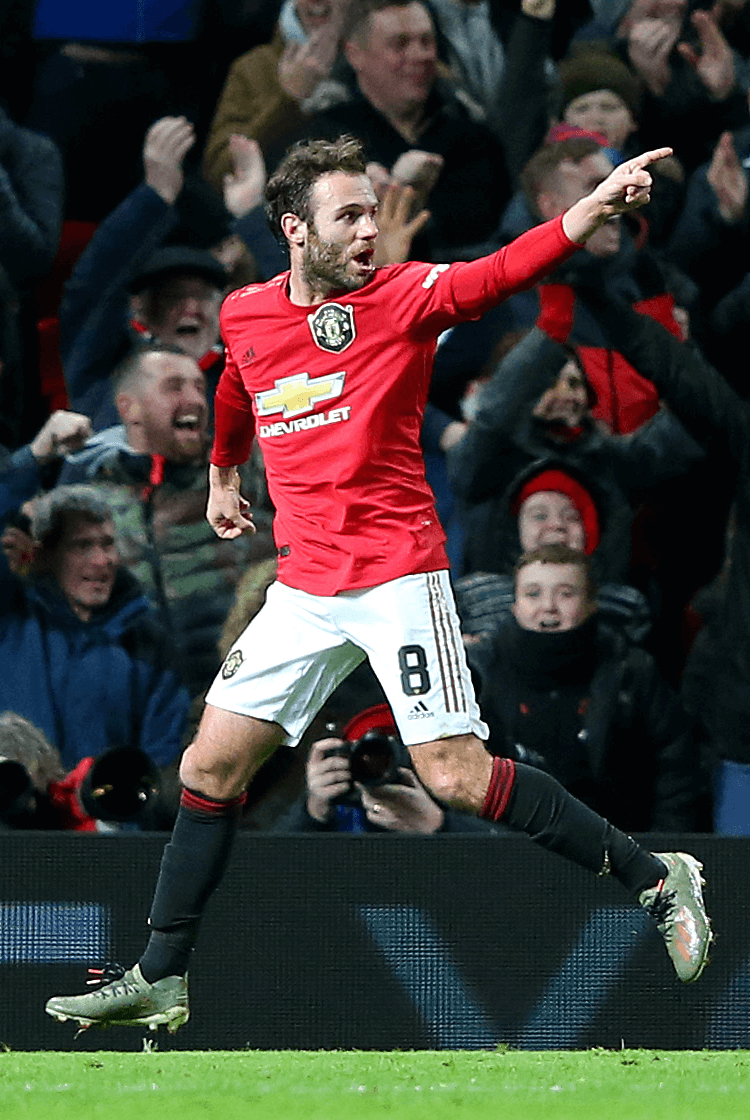 Manchester United advanced to the fourth round of the FA Cup, where they will next meet Watford or Tranmere, when Juan Mata's fine second-half finish eliminated Wolves. The Spaniard sent a deft chip beyond John Ruddy after being played through by Anthony Martial, though their victory carried the price of a back injury suffered by Marcus Rashford that could yet lead to the forward missing Sunday's Premier League fixture at Liverpool. The Video Assistant Referee (VAR) had ruled Mata's finish should stand, amid suspicions of offside, but that an earlier strike from Wolves' Pedro Neto should be disallowed because of handball. "He'll be tested in the next few days – we have to see for Sunday," said United manager Ole Gunnar Solskjaer of Rashford. "I didn't want to play him. He got a knock, a knee or something, in his back. He's a quick healer and he'll play through some pain, definitely, if he's capable and it's not a bad, bad injury, but we've seen that he's struggled lately." 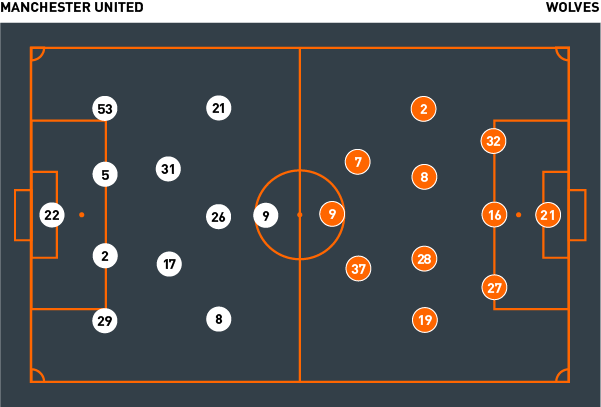 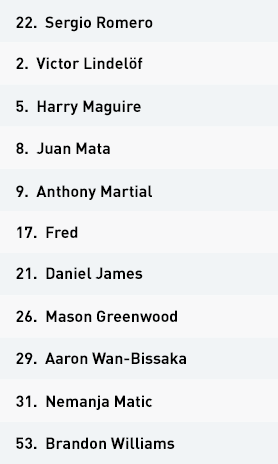 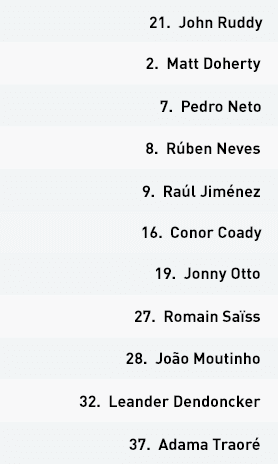 Manchester United were organised by their manager Ole Gunnar Solskjaer into what started as a 4-2-3-1 formation. This evolved when Juan Mata drifted from the right towards a more central position, to encourage Aaron Wan-Bissaka to advance from right-back to provide width; Brandon Williams was reluctant to be as adventurous from left-back, owing to Daniel James remaining wider on the left than did Mata on the right.

If the hosts largely targeted wider areas during steadier build-ups, they also had a more direct option they regularly used. Mason Greenwood or Anthony Martial withdrew towards possession and alongside Mata while the other offered forward runs alongside James when, in front of the double pivot provided Nemanja Matic and Fred, they operated from within a 4-2-2-2.

Unless using that direct option they struggled to penetrate beyond the 4-5-1 Wolves were defending with. United's two central defenders and defensive midfielders created an overload around Raúl Jiménez, largely negating the threat he posed but minimising their options ahead of possession when they needed to offer more between the lines – their attackers occupied their opposing defenders, so a further number would have unsettled Wolves' shape.


When they were without possession United adopted a 4-4-2 mid-block. The narrower positions they defended from invited them to quickly transition into attack via their front two, but they also encouraged Wolves to have possession in wide areas, where they have potential. For the second half they therefore instead pressed from a 4-2-3-1, and with greater aggression, to force possession along the relevant touchline and by positioning Greenwood in deeper territory where, in combination with Fred and Matic, he worked to limit Wolves' chances to switch play.

Amid the visitors also forcing possession wide during the second half both of United's full-backs increasingly advanced. It regardless took a long ball from Harry Maguire, after defending against an attack from Wolves, that led to Martial playing in Mata for the hosts' impressive winning goal.

Wolves attacked from Nuno Espírito Santo's favoured 3-4-3 formation. They prioritised wider combinations around Manchester United's mid-block and succeeded when playing around or over their midfield, particularly via direct passes from central defence that discouraged their opposing attackers to press, and because doing so avoided risking overloads against their full-backs.

Either Nemanja Matic or Fred, who featured as the double pivot in front of United's defence, soon moved to support the spaces around those direct passes, and Raúl Jiménez or João Moutinho were consequently able to capitalise, either through Jiménez withdrawing to link play, or Moutinho advancing from central midfield. It was regardless Wolves' wider combinations that offered the greatest potential. Adama Traoré and Matt Doherty provided width, Pedro Neto drifted inside from the right to draw Brandon Williams, and Jonny Otto offered underlaps from the left.

Traoré drawing Aaron Wan-Bissaka from right-back created space within the inside left channel for Jonny to target, in turn forcing Victor Lindelöf to move to cover. Wolves therefore regularly threatened when working balls towards Jiménez, or another advancing to offer support.

When they were defending Wolves adopted a 5-4-1 mid-block, through Neto withdrawing to in front of Doherty and, with Traoré moving to a more central position to minimise access to Mata, Jonny advancing to deprive United of the potential spaces his positioning created on the right. United were troubled by Wolves' shorter set-pieces, when second and third passes were played before a delivery into the penalty area.

In the second half, however, it was Wolves' defensive shape that often undermined them. When it contributed to possession being forced wide their wing-backs had to defend from deeper territory, and they therefore struggled to attack; it took Wolves' wide forwards penetrating from wider positions for them to progress with possession, but when they did so Jiménez became isolated.

When United applied pressure from their 4-2-3-1 they negated Wolves' attempts to switch play. If the ball was forced down the line Wolves also had less success, because Neto and Traoré received under pressure and while facing their own goal. They had fewer opportunities to build possession and therefore attacks, and were then punished when they struggled to defend against a routine long ball.