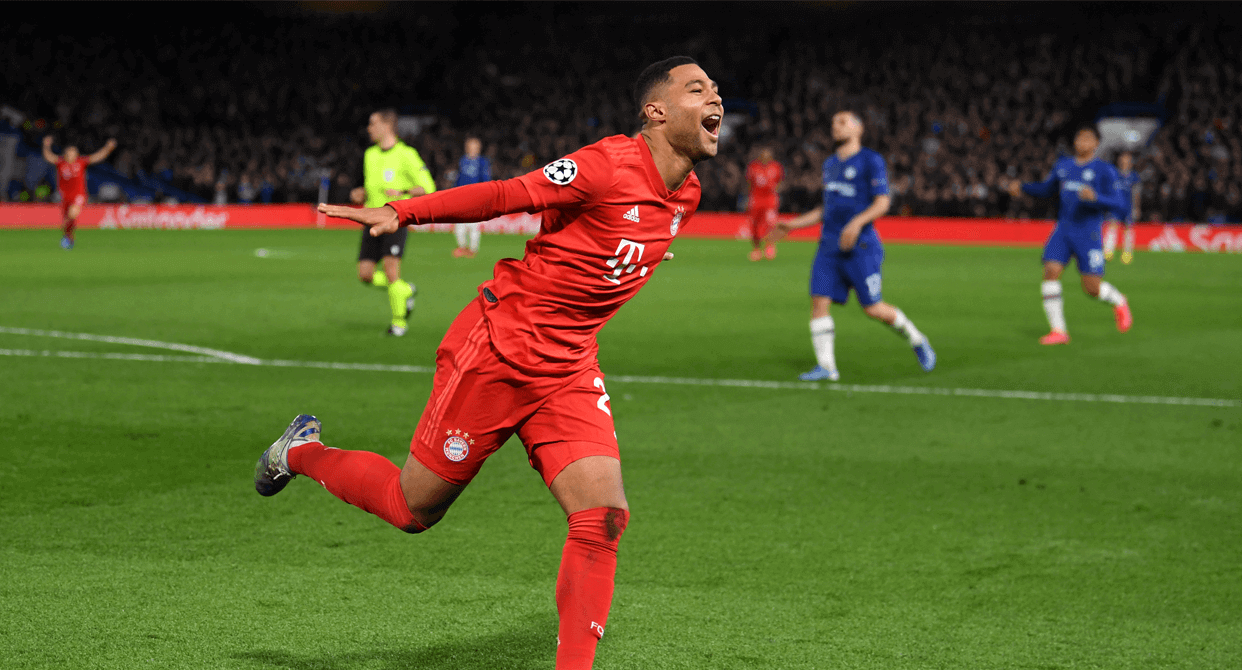 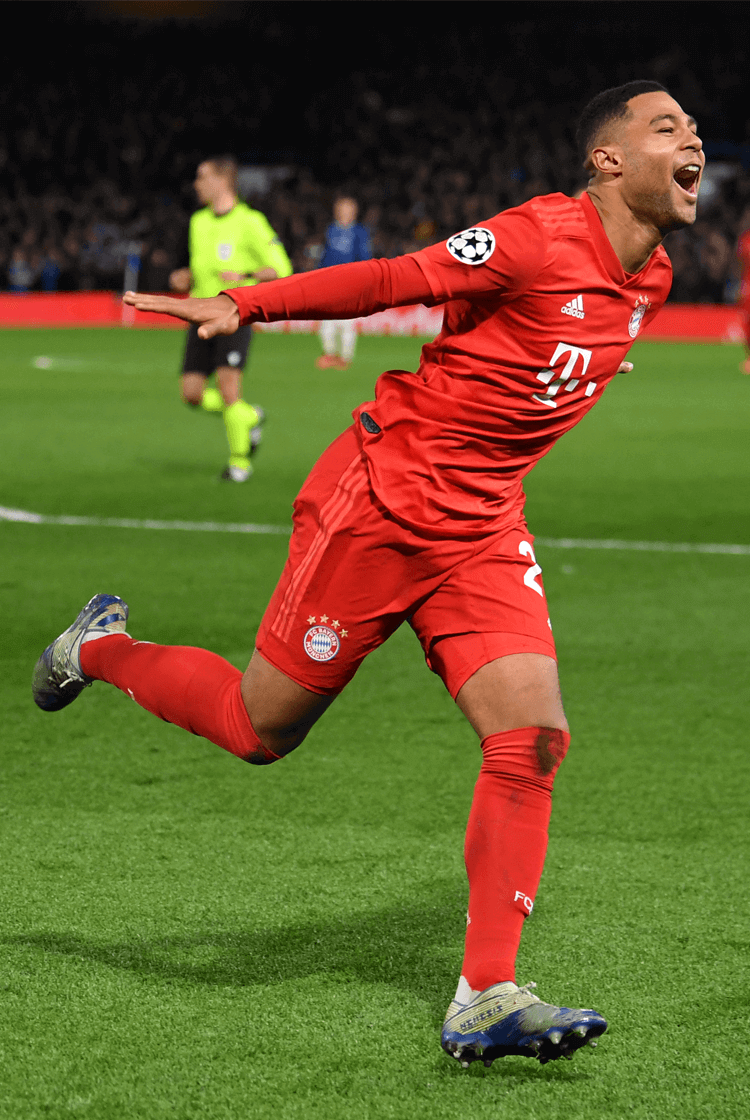 Chelsea were left on the verge of elimination from the Champions League when they were outclassed at Stamford Bridge, by Bayern Munich. Their visitors had already won in London earlier in 2019/20, when they eased past Tottenham, and they were similarly deserving of the victory secured by two second-half finishes from Serge Gnabry, and another from Robert Lewandowski. Chelsea will require the finest performance and result of Frank Lampard's reign as manager if they are to progress to the competition's final eight. "The performance was poor and sometimes you have to be brutally honest," Lampard said, of an increasingly disappointing evening in which Marcos Alonso was also sent off. "They outclassed us in every department and it's quite sobering. The level of team they are is why they challenge in the Bundesliga and Europe, year in, year out. If you look at the choice of passes they make, our choices have to improve. If our players have a bit about them, which I think they do, they will look at who they were playing against and the level they need to work to. How quickly can we get to the level?" 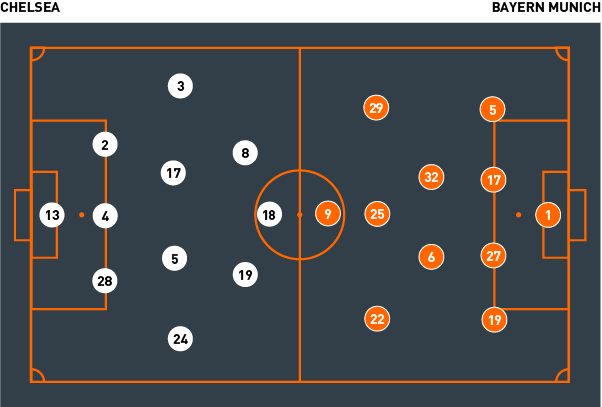 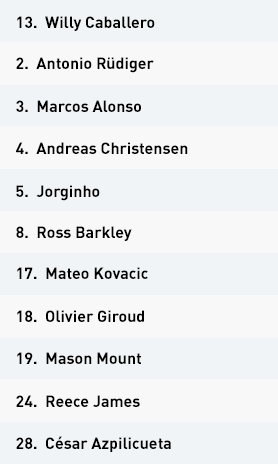 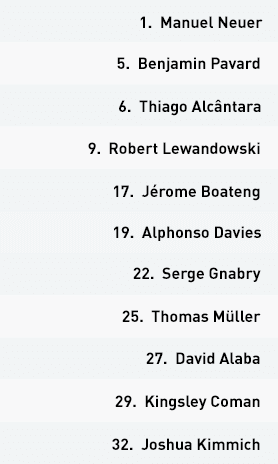 Frank Lampard organised Chelsea into the same 3-4-3 formation with which they so recently beat Tottenham. They initially prioritised attacking in wide areas, amid Bayern Munich blocking passes to the central midfield pairing of Jorginho and Mateo Kovacic, and also to their two narrow number 10s, Ross Barkley and Mason Mount.

When they chose not to press Bayern defended with a 4-1-4-1. Their compact three central midfielders left space in wide positions for Chelsea’s wing-backs Reece James and Marcos Alonso, who targeted Giroud with crosses, but Bayern’s central defenders largely negated these.

target="_blank" rel="noopener">Bayern ensured that numbers surrounded play in central areas, where Mount and Barkley attempted to control possession; Chelsea’s wing-backs were also discouraged from advancing by Bayern’s wingers, and were therefore too deep to contribute to attacks when a three-on-six could have become a five-on-six. Their finest chances ultimately came after rare mistakes made by Bayern, but they were ones they struggled to convert.

Lampard made a change in the second half that involved Jorginho moving to the right inside channel, leaving Kovacic as the single pivot and briefly offering another potential method of penetrating forwards. With Bayern’s full-backs advancing, Jorginho attempted direct balls into the spaces that they had vacated, but Chelsea's attackers struggled for the finishing touch. Bayern also adapted to the threat Jorginho posed to press with a 4-1-3-2, when their superior finishing took them so close to the competition's final eight.
In pictures

Bayern Munich dominated possession throughout the first half from the 4-2-3-1 formation Hansi Flick favoured, against hosts defending with a 5-2-3 via Marcos Alonso and Reece James withdrawing into defence. Chelsea were troubled when Jorginho advanced to towards Thiago Alcântara because he left spaces behind him that one of Bayern’s front three would then drift into. Bayern also used direct balls over Chelsea’s mid-block, amid their attackers taking turns to withdraw to receive possession; with runners also probing beyond Chelsea's defence the visitors had multiple methods of attack.

Bayern often built play via Joshua Kimmich moving to between their central defenders and Thiago positioning himself in the centre of Chelsea’s front three, and occasionally those two switching roles. Their full-backs also provided wider passing options, which proved influential when the first line of Chelsea’s pressure came in narrower territory.

Whenever Jorginho put pressure on Thiago, Bayern’s wingers moved inside, either side of Mateo Kovacic. Thomas Müller and Robert Lewandowski initially remained advanced, occupying Chelsea's defenders as Bayern often quickly moved into the attacking half.

Bayern’s counter-attacking was led by their wingers, who sought to exploit the spaces vacated when Chelsea’s wing-backs advanced. Again, Müller’s intelligent movements drew his opposing defenders and created spaces for Serge Gnabry and Kingsley Coman, and to the extent that Bayern could have scored during the first half.

A significant improvement in their finishing during the second half meant that those earlier misses mattered little. Central combinations proved Bayern’s best route to goal; they worked possession behind Chelsea’s central midfielders. A narrow diamond of Müller, Gnabry, Coman and Thiago moved the ball quickly to separate Chelsea’s back three, before runs were made in behind.

Attacks from full-backs Alphonso Davies and Benjamin Pavard gave Bayern another method of attack. Kimmich and Thiago formed a double pivot that protected their defence during defensive transitions, and Lewandowski linked with Davies, who advanced to cross for the striker to scored their third and final goal.