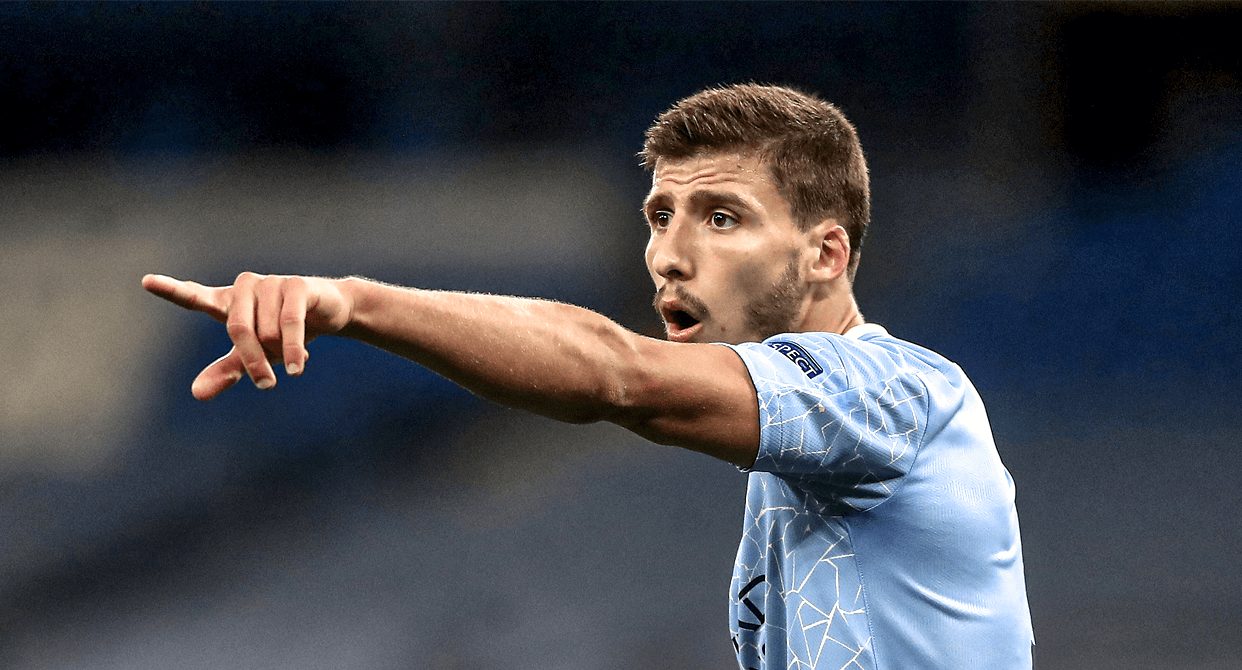 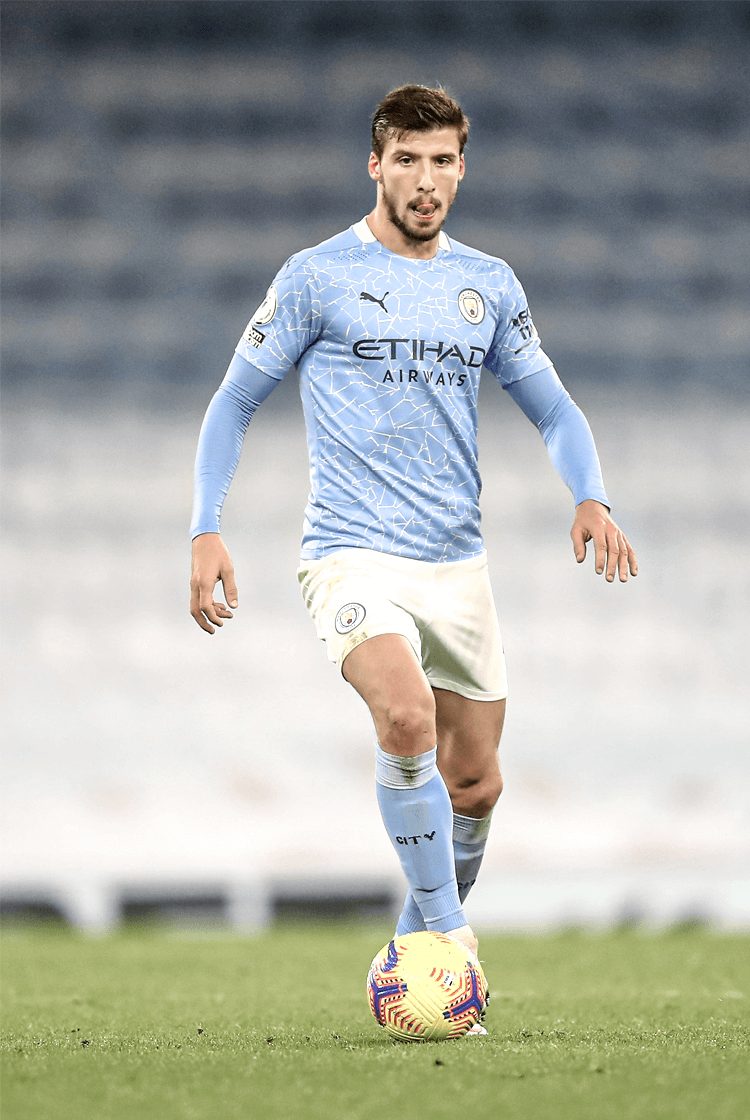 Profile
When Rúben Dias was added to the long list of expensive recruits to Pep Guardiola's defensive ranks at Manchester City, there were understandably some sceptics. Following Dias’ £65m move from Benfica, more than £400m had been spent on defenders during Guardiola’s reign at City, with mixed results. For every João Cancelo and Aymeric Laporte, there is a Nathan Aké and a Danilo, but Dias has proved those doubters wrong by quickly becoming integral to a resurgent City. Guardiola has been hugely impressed with how the Portugal international has settled in.

“His ability is incredible, as is his understanding of the game,” Guardiola said. “He wants to learn and all of us were impressed by how he takes care of his body and mind, every day. I can assure you that we signed one incredible player for the next five, six, seven years. That is not easy to find.”

Tactical analysis
Dias brings calmness and composure in abundance to his team’s defence, extremely comfortable in possession and also confident in his ability to retain control of a situation even when exposed. This assuredness has had a similar effect on Manchester City’s defence as Virgil van Dijk did to Liverpool’s. He is an imposing figure at the heart of their defence, and one who is not often beaten in physical duels.

He is clever in how he defends and, much like Van Dijk, is only very rarely seen going to ground to attempt to win the ball. Instead, he uses his impressive anticipation to spot moments to engage an opponent or step in to win the ball (below). Similarly, when left one-on-one against an opponent, he adopts a low body position and jockeys, waiting for a moment to use a step tackle. If the opponent pushes the ball past him to either side, Dias is quick to react and adjust, and prefers to make use of his long stride to lunge back and block any attempt on goal over going to ground with a risky challenge.

He is skilled at poking possession away from an opponent or stealing the ball, using his upper-body strength to move his opponent off the ball. A prominent technique of his when dispossessing an opponent involves Dias wrapping his leg around them and approaching the ball from the side. Doing so is most effective when an opponent tries to receive on the half-turn, but even if they succeed in keeping their back to Dias he is extremely effective at reaching to stick a toe out around their side (below).

Although that risks attackers turning him and bursting into space on the opposite side to that which Dias has committed to winning the ball from, he rarely lets that happen. He adapts his technique once inside the penalty area or when exposed higher up the pitch to take a more reactive approach to winning the ball. He seeks to apply the same initial pressure, but he recognises when there is a bigger risk in making a tackle and reduces the frequency of any lunges or attempts to tackle around an opponent.

When tested with long balls forward, Dias uses his body to manoeuvre his opponent away from the position he wants to take up in order to win an aerial duel. He does this to try and avoid individual aerial duels wherever possible, because he does not have a particularly big leap and his ability in the air is probably the weakest aspect to his game. If he gets drawn out of position and into an aerial battle, a centre-forward who is good in the air will have the chance to beat him to a flick-on.

In possession, Dias is extremely comfortable, and he has an impressive passing range. More than just a reassuring presence for midfielders to recycle possession through, Dias plays progressive passes out of defence, and is happy to play vertical balls into midfield or clip longer passes in behind from deep, which he does with accuracy. Given how often he is able to steal possession himself, he is regularly the player in possession at the point of a turnover and he plays accurate, direct passes in behind to try and take advantage of these situations, often diagonally towards the ring wing.

Role for Manchester City
First and foremost, Dias has added some much-needed leadership at the heart of City’s post-Vincent Kompany defence. He is a vocal player and readily applauds and congratulates his teammates for the kind of defensive interventions that only a passionate defender could get excited about.

Dias has also been crucial to the new shape which City have taken up under Guardiola. When they have the ball, City morph from what is on paper a 4-3-3 into a 3-2-5 formation, with one full-back – usually João Cancelo, though sometimes Oleksandr Zinchenko or Kyle Walker – moving into central midfield alongside Rodri. This leaves Dias alongside his central defensive partner – usually John Stones – and the other full-back to build with a back three.

Dias’ versatility is extremely useful, as he is comfortable either as the left centre-back, which is where he plays when Stones is his partner, and right centre-back, which is where he plays when paired with Aymeric Laporte. Depending on which position he is playing in and which full-back moves into midfield, Dias can end up in any of the three positions – right, centre or left – in the back three. It is most common, however, that he is the central player of the three (below).

He is comfortable bringing the ball out of defence, and given City have so many midfielders who offer greater threat further forwards, opponents often prioritise marking them, and  Dias is sometimes as the one left with time on the ball. When this is the case, he is happy to move the ball laterally across the back three, but he will also take up any opportunity to play into midfield if there is one.

In a team full of big-money signings and hugely talented attackers, Dias’ impact on the team from centre-back is all the more impressive. That a defender could have played such a key role in the transformation of Guardiola’s City says a huge amount about Dias’ ability.