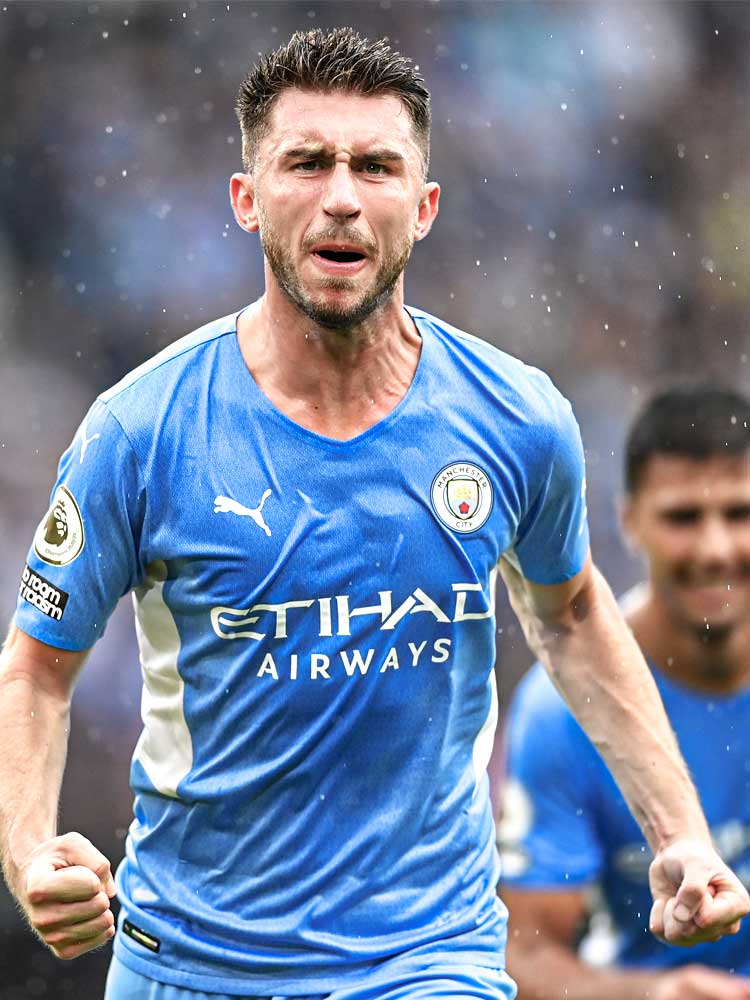 Profile
There is perhaps no greater demonstration of Aymeric Laporte's reputation as a ball-playing defender of the highest calibre than Luis Enrique's willingness to rely on him for Euro 2020 with Spain at Sergio Ramos’ expense. Once recognised as Manchester City's most important defender even while the decorated Vincent Kompany remained a teammate, he has justified them investing a then-club record £57m to sign him from Athletic Bilbao in January 2018 at the age of 23.

‘‘He’s the best left central defender in the world,’’ said Pep Guardiola, the manager who oversaw his arrival. ‘‘He is fast; strong in the air.’’

Tactical analysis
Laporte is a big, physically domineering central defender, but despite his sizeable frame he is still relatively agile and far from slow. He is comfortable both in and out of possession, and plays an important role for his team in both phases. Given how good he is with the ball at his feet, he is influential during build-up phases when he is content to take responsibility for bringing the ball out of defence and then to progress it into midfield.

He is not a defender who simply circulates the ball from side to side; instead he consistently looks for a route to a more advanced teammate and a forwards progression (below). He is calm and unhurried on the ball, and is comfortable playing difficult passes when under pressure as he pursues a central midfielder who has found space in the opposition’s structure.

To that end, he boasts precise passing, and will rarely lose the ball – his pass success rate in each of his first four seasons at City was impressively over 92 per cent. He plays the majority of his passes short but he is also adept over both medium and long range – his judgement means he makes the right decision about when to attempt longer passes and that he only rarely attempt balls that are likely to result in an aerial battle. Instead, his long passes are likelier to be switches of play or balls into the channels and in behind the opposition for a teammate to chase. When playing long balls, he will also put curve on passes when it is advantageous to do so and will help the player receiving the ball.

In his ongoing attempts to progress possession upfield, if he cannot find a suitable teammate to pass to he will step out of defence with the ball and will drive forwards until he is engaged by an opponent. It is at that point, when a teammate is freed up, that Laporte then uses his vision to pick out the unmarked player.

His positioning when his team are building play, by maintaining a good distance between himself and his teammates, is similarly sound and involves him offering a safe option from behind the player in possession if they need to turn and play the ball back to him (above). When he receives the ball, he will then quickly get his head up and look for a forward passing option. That inclination to take his first touch forwards is valuable when Laporte plays at left-back – he isn’t a natural full-back, largely because of his physique, but he can deputise there and advance play in wide territory when the ball comes his way. His preference remains to use his left foot whenever possible, but his right is also strong enough that he can, when necessary, rely on it.

When his attacking teammates instead have the ball, Laporte is alert to the potential dangers of a transition and will remain aware of the opposing forward’s position while pushing his team’s defensive line up high. In the event of a clearance and the threat of a counter, he prefers to move to towards the ball and engage in a physical battle rather than stand off and potentially leave himself open to a foot race that he is unlikely to win. He anticipates opponents moving to receive the ball (below), and takes every opportunity to try and win it early.

He is capable in one-on-ones, when he adopts good body positions to slow down his opponent and then waits for the ideal moment to tackle. He is rarely beaten when doing so, and times his tackles well when forced to go to ground. He regardless prefers to avoid resorting to those challenges, and will instead, where possible, engage his opponent by using his arms and upper-body strength to lever his opponent off the ball. He also uses that strength when contesting aerial duels, and wins most of his battles in the air, making him a significant threat at attacking set-pieces.

For all of his quality, a weakness that remains involves his attention too easily getting drawn to towards the ball when opponents are attacking with width. By extension, he can lose his direct opponent when a cross enters the penalty area (below).

Role at Manchester City
Guardiola most commonly selects Laporte as either a left-sided central defender or, on occasion, at left-back in what is nominally City's 4-3-3. A 4-3-3 is rarely how they are organised on the pitch, however; they instead adopt a 3-2-2-3 when building play, via one of their full-backs advancing into central midfield and the three other defenders bringing the ball out as a three. If Laporte features at left centre-back, the left-back – usually Oleksandr Zinchenko or João Cancelo – moves into midfield, leaving Laporte as the left-sided player in a back three. If Laporte is their left-back, it will be the right-back – usually Cancelo but occasionally Kyle Walker – who moves into midfield, when Laporte will again be their left-sided defender (below).

From the left he has more opportunities to bring the ball out of defence than the most central of the three, and he is comfortable doing so, as he demonstrates by always looking for a vertical pass into midfield. If he can’t do so himself, Laporte is capable of detecting when it will be beneficial to play a square pass to another teammate who can instead step out with the ball.

When City are defending they reorganise to do so with a back four. Laporte is likelier to be the more proactive of their two central defenders, when he is determined to step out and engage to win the ball while his defensive partner – Rúben Dias or John Stones – sweeps around from behind him. He is, just like Dias and Stones, vocal, and will bark instructions at his teammates and constantly attempt to organise them. Given how fluid City are in changing formations, that communication is vital to their success.

Laporte offers a notable presence at set-pieces at both ends in a team that isn’t populated with big players. Guardiola generally instructs him to attack the back post at attacking set-pieces; when defending them, he is one of the three players who lines up along the edge of the six-yard box to mark zonally, often in the central position of the three, and is key in making clearances.

City have invested heavily in defenders and done so with varied success, but Laporte, like Dias, is among their best purchases. A reliable defender and a brilliant passer of the ball, the Spain international is a key member of their squad.