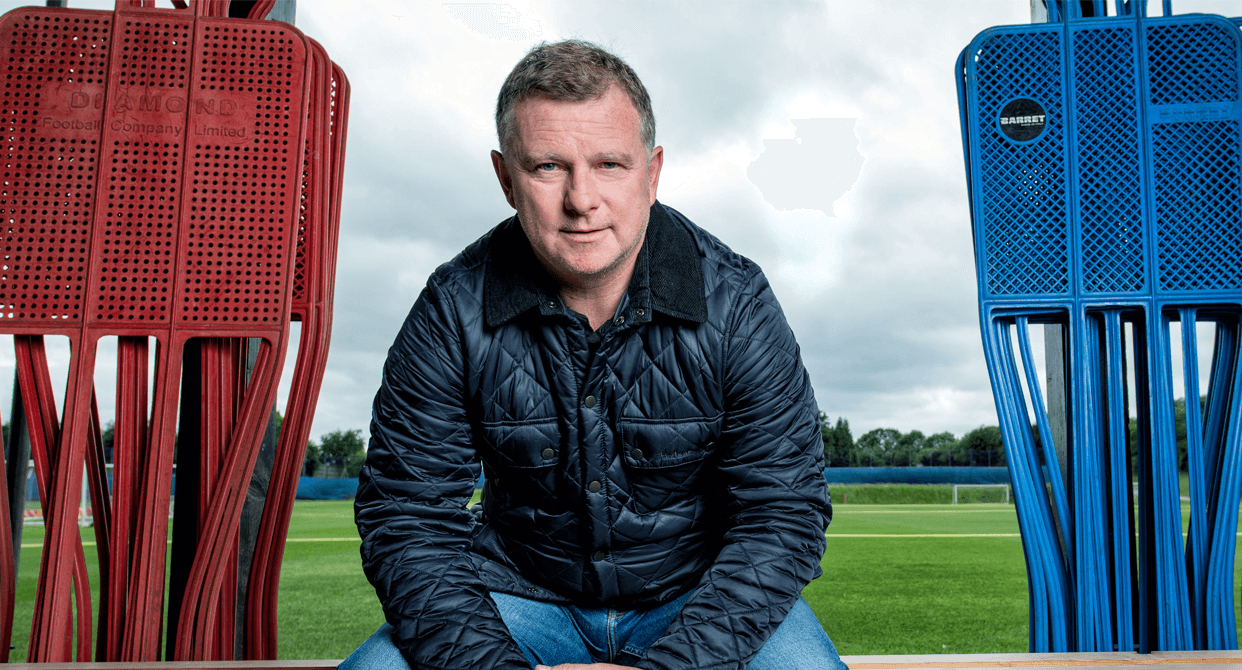 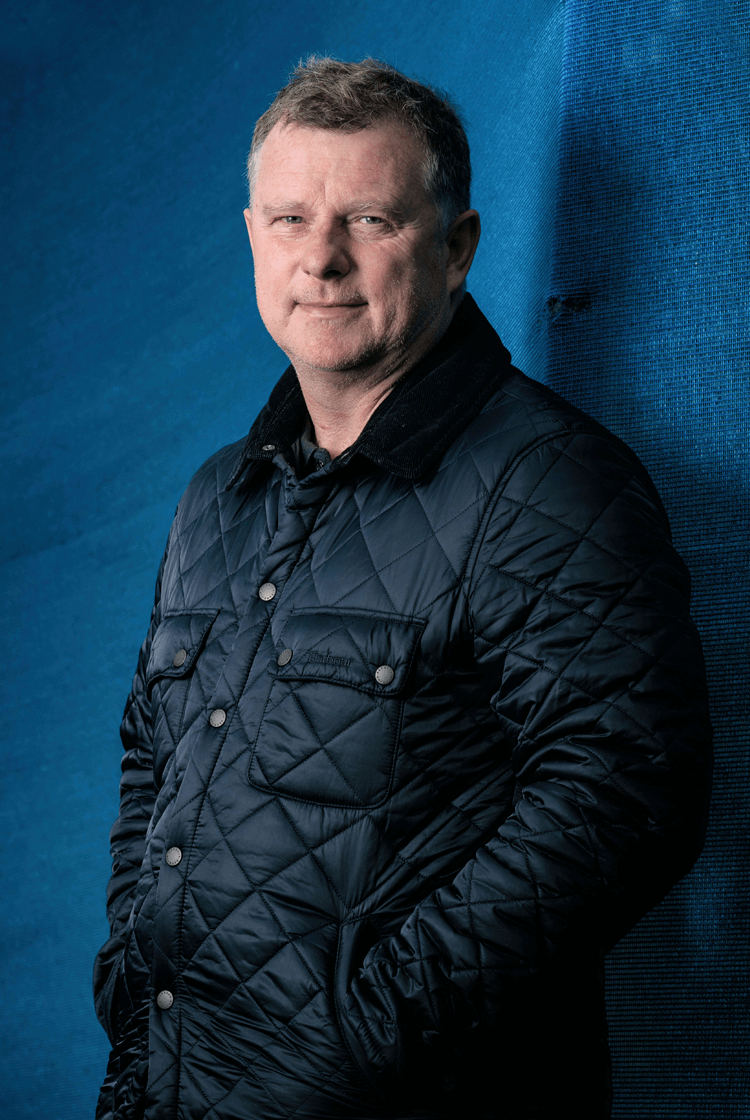 The seeds of recovery

It was going to be difficult to rebuild. The club was at its lowest point since 1959.

It was March 2017 and Coventry were bottom of League One, 13 points adrift of safety with 11 matches to play. They asked me to return as manager.

The club was in freefall, about to drop into the fourth tier for the first time in 58 years, but I felt like I had unfinished business, so I took the job.

There was a really low feeling around the place – lots of uncertainty about jobs – people who had been there for a long time were worrying about their futures. I set about ensuring the majority of those people could stay, then turned to trying to fix things on the pitch.

I had three games in the first week. We lost all three and didn’t score a single goal.

It was a really, really tough time, but there was something on the horizon to keep everyone going – Coventry were in the final of the EFL Trophy.

The league season was as good as over, but then with places in the team to play for in the final, everyone started trying to prove themselves. It was going to be Coventry’s first trip to Wembley in 30 years.

We won our next two games and that gave everyone a huge boost, but we still went into that game as huge underdogs.

We were playing an Oxford side chasing a playoff position – they were clearly better than us – and we had a load of loan players who were ineligible, too. We had three left-footers in the back four and a lot of academy players involved.

I knew it would be a special day, because I knew how great the fans were from my first spell at the club between 2012 and 2013. They’d made me feel so welcome, and were a huge part of the reason I came back.

We played really well and scored two brilliant goals. Oxford got one back, but we dug in and clung on for the final 15 minutes to win the trophy (above).

It felt like a huge moment. You could see the magnitude of it. We had so many fans there to enjoy it, but it also felt like we could use it as a turning point. This was what we had to build from.

There were still plenty of problems, though. Not long after the final, we played Charlton, and both sets of fans threw plastic pigs' heads on to the pitch as a protest against both clubs’ owners. It had happened at games before, but I’d never seen it first-hand; it was really, really bad. You see what it means to them – and so many of them, at that – and just want to give something back.

People talk about a 12th man – well, the Coventry supporters are exactly that. The role they’ve played in rebuilding the club can’t be overstated. With them behind you, you feel like you can achieve anything.

We eventually went down, but the board had told me they didn’t expect me to keep the club up considering the situation when I took over, so then we set to thinking about getting the club back to where it deserved to be.

It was a really tough season in League Two. We were forced to let a lot of players go, so there was huge turnover of the squad. It was only towards the end of the season that we started to click.

We snuck into the playoffs in the end, and that was huge for the fans. It was the first time Coventry had finished in the top six of any division since the 1969/70 season.

Then we put in our best performance of the season in the second leg of the semi final, away at Notts County. They had had t-shirts printed for the final, so I didn’t need to do a team talk. That was enough motivation for the players. We won 4-1 away from home against a really good team, and made it into the playoff final.

The experience at Wembley the previous year helped us out, and we won there again, beating Exeter to get straight back into League One a year after being relegated (above).

Marc McNulty (above) had been brilliant for us that season, and he was a great character to have off the pitch. He didn’t start off that quickly, but he soon came good and, ultimately, it was his goals that fired us to promotion. Understandably, he attracted interest from higher up the leagues.

I tried to keep him, but Reading came in with a really good offer during the summer and he told me he wanted to leave – so off he went. We signed Conor Chaplin as his replacement, but then Barnsley signed him off us a year later. It was the same with Tom Bayliss; Preston came in for him and we had to let him go. It was disappointing each time a player left, but this was the reality for us – we were playing well and developing players quickly, so we had to be ready for big clubs to come in for our best players.

We were prepared, though, because we’d already put things in place to improve our recruitment. The staff in the recruitment department have done amazing work, bringing in young players in whom we have spotted something, while there has also been a focus on giving academy players a chance in the team. It has meant that, every time a key player has left, we are ready, having identified a replacement. It’s been a huge part of why the club has been able to continue to progress in spite of players leaving.

We try to bring in a certain type of player – players like Liam Kelly, Matty Godden, Sam McCallum and Kyle McFadzean (below, right). They are good lads, leaders and, obviously first and foremost, very good players. They are people who like to have a good time and so have helped to build the brilliant team spirit we’ve got, but also take on board what you say to them and put our game plan into practice.

I’ve been able to let the players police themselves for the most part. They drive the culture and have policed themselves so, in that sense at least, they’ve made my job very easy.

Winning obviously makes a difference to the positive feeling at the club, and we’ve been doing a lot of that lately.

"We were playing some absolutely sensational football"

That first year back in League One, we weren’t great. We improved after January, when we brought in David Meyler, who had a real impact in the changing room, but we missed out on the playoffs. We were only two places off sneaking in, but we weren’t close really. We knew we weren’t good enough to go up at that point.

We worked hard on recruitment that summer, and changed things up again. We thought about developing our playing style, our philosophy, and how we could get the extra edge that would take us up a level.

There were off-field issues that could have been a real distraction, though. The club couldn’t reach an agreement to stay at the Ricoh Arena for 2019/20, so it was agreed we would play our home games at Birmingham City's St Andrew’s stadium (below).

We were only allowed to go into the ground the week before the season started, so most of the players only went there for the first time a few days before playing there. The first game we played there was a league game against Southend.

The St Andrew’s staff were brilliant and made us feel really welcome. I told the players this was our home – it was a bit like moving into a new house. It feels strange for a few nights, but after that it starts to feel normal.

"The Championship is the minimum level for Coventry City"

We beat Southend – a narrow 1-0 win – and that made a huge difference. Immediately the players knew they could win there, and the fact they played well certainly helped.

We won our first five league games there and got off to a flyer.

We played some absolutely sensational football, and the results kept on coming. The players were full of belief and played without any fear. They bought into the ideas we presented to them and it all just clicked.

From late December we went on an amazing run, going unbeaten in 14 league games – winning 11 of those – before the season was curtailed due to the Coronavirus pandemic. We were top of the league, and won promotion into the Championship.

It wasn’t quite the perfect end to the season – it was disappointing not to be able to celebrate it together or with the fans – but obviously we’re delighted to be back in the Championship.

This is the minimum level this club should be at. We’ll have the lowest budget in the league when we get in there, but we’ve shown with our football that we’re a Championship-level team.

When I was growing up and when I was playing, Coventry were always a top-flight club. Now, as their manager, seeing the support the team gets week after week, it’s clear what the aim should be eventually – I’m desperate to get this club back into the Premier League.

We’re not just one step from that – and we know it. We just have to take things one step at a time.

But the club is in a really good position now and we are looking up. With the supporters behind us, we feel like we can achieve whatever we want.