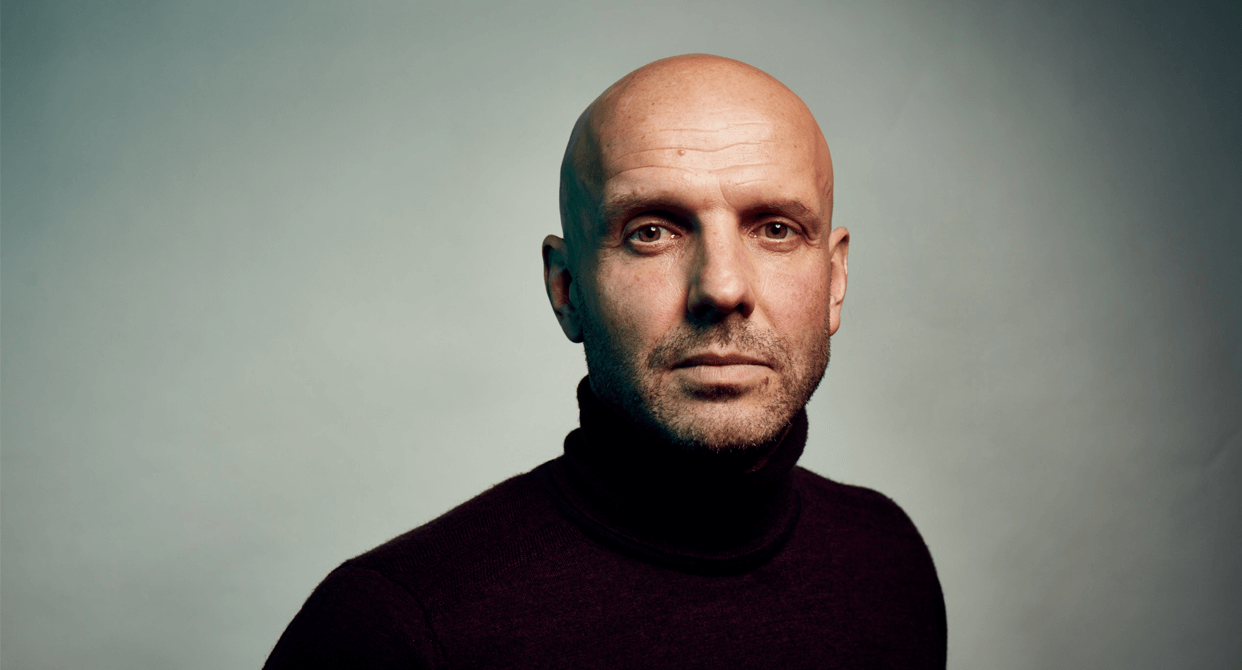 My focus was just to get through my first 100 days without cocking it up.

I was well aware that only half of first-time managers got a second job. I knew, given my lack of experience, I wouldn’t get another chance if I messed up.

This was my moment.

I was only 33 and I’d been given the Exeter City job off the back of my success with Team Bath, the university team I took into the FA Cup first round.

My reputation had been about fast-flowing football and young players, but I knew I’d be judged on my first few months and not my previous achievements. And I was up against it.

This was 2006. Exeter were just emerging from a really dark period in their history. They were way off it: even compared to other teams in the southwest, they were way behind everyone else. They got relegated out of the Football League three years earlier and had also been in administration.

They had no option but to rebuild with a proper youth programme of their own, because every player in the area was going elsewhere.

I knew Exeter director of football Steve Perryman (below), and he was aware of what I’d done at Bath, particularly in terms of developing youth. But I think I was especially appealing to them because I was very inexpensive!

I made just one signing in my first summer – Rob Edwards, a veteran defender who might still be the most important signing of my career – and then set about identifying the team’s strengths. We had three really mobile strikers and two very talented full-backs, so I tried to create a team that got the most out of them. I also made sure every player in the squad believed they had a chance of getting into the team, so there was motivation for everyone.

But my main focus was more simple: I wanted to avoid losing two games in succession.

If you lose two games, you’re only one game away from losing a third – and, if you lose three games in a row, you’re edging towards a downward spiral and a drop in confidence. So that was the plan – stay well clear of losing three in a row by never losing two!

If we lost a game, the entire following week was focused on avoiding defeat in the next game. That might sound a bit ‘anti-football’, but it was a really practical way of approaching our season. We had a functional team and it worked. I went 127 games at Exeter before I lost consecutive matches and got to two playoff finals in my first two seasons.

In the first of those, in 2007, we lost to 2-1 Morecambe at Wembley, to a late goal. It was devastating, and we lost four of our most talented youth players to Plymouth Argyle the next day – another sign of how far behind other local teams we were. But the goal we conceded ended up inadvertently helping us a year later.

We’d sent almost everyone forward for a late set-piece and Rob Edwards, who was 35 at the time, was back on the halfway line on his own. He was caught one-on-one, got done for pace and we conceded the goal that killed us.

Just before the 2008 playoff final 12 months on, Rob took me aside. He said: “You are not leaving me on the halfway line for corners this time!”

We had George Friend at left-back. He was young and quick, so I asked him to stay back at corners. Steve Perryman told Rob to attack the back post, and he ended up scoring the goal – a stooping header – that sent us back into the Football League!

I’d made the mistake before, with Team Bath, of changing too many players after promotion. It often doesn’t work. There is an intangible benefit of everyone knowing what they’re doing together at the same time – and it’s huge. Again, I didn’t have much to spend. I only brought in one player and, to be honest, it was an odd signing.

My teams had always had quick, exciting wingers, but I had an attacking full-back in George Friend, so I felt I didn’t need more of the same from the winger on that side. I had always signed young players, but in the summer of 2008 I signed the 35-year-old Marcus Stewart – previously a centre-forward, and never tremendously quick  – to play on the left wing.

Marcus was absolutely magnificent for us. He scored some important goals for us that season but, not only that, his understanding of the game improved the players around him, and in our first season in League Two we finished second to secure back-to-back promotions.

"We had a business model that we disregarded for one season, and we paid for it"

Ever since, I’ve looked to sign players coming to the end of their career who want to become coaches. They want to learn and can develop like a young player, because they want to engage their mind in another side of the game.

Suddenly, we had a number of players who had only played non-league football and one season in League Two, and we were going into League One.

I changed too many players, though, and it took a while to get them all to gel. We ended up battling relegation, but went on a good run in the second half of the season – losing only one of our last 11 matches – and beat Huddersfield on the final day to stay up.

The following year we decided to keep the team together, to try and build on the momentum of the second half of the previous campaign. The problem was that we had a large group of players ready to run their contracts down. We knew we had a great chance to do something special. Exeter had never finished in the top third of League One, and we had a chance of doing that.

That was the only year we made the decision to forego money from sales because we had a chance for a once-in-a-generation achievement. It was a short-term decision that wasn’t typical of the way the club was run at any stage when I was there, but we decided to gamble.

We carried on our run of form and had an incredible season. We did what no other Exeter team had done before and finished eighth in League One.

We missed out on the playoffs by one point, and the next year we plummeted.

A load of players left on free transfers. Even if we’d had the money to replace them, it would have been impossible to replace the understanding those players had, having played together for so long. We had a business model that we disregarded for that one season, and we paid for it. It took years to recover.

But to this day, I still maintain it was the right decision.

"Exeter had become a club youngsters wanted to join because so many were going on to succeed, like Ethan Ampadu"

We got relegated the next season, and then spent the next four years rebuilding in League Two, improving the academy and planning for the future. We kept losing players who went on to do very well for themselves, though, and just couldn’t replace them.

The fans don’t see that – they just see the results – but the board were adamant that whatever happened, we absolutely would not be going into administration again. I had to build a new economic cycle.

They were very committed to me, and I was very committed to the club and their philosophy. I turned down some very good opportunities higher up the leagues for a lot more money because I was involved in the project and I loved it. That’s what made the relationship work, and allowed me to stay at Exeter for 12 years, eventually becoming the longest-serving manager in England once Arséne Wenger had left Arsenal.

There was a different pressure from that at other clubs. I was given time and the players were given the chance to play 40 or 50 games to learn their trade as we tried to create assets on the pitch. In time we managed to rebuild and, in turn, made a profit.

We improved the academy and produced some brilliant players who we sold for significant amounts: Matt Grimes to Swansea, Ollie Watkins to Brentford, Ethan Ampadu (above) to Chelsea. Exeter City had become a club that young players wanted to go to because so many were succeeding.

But then, in November 2016, I was served my notice by the supporters – who owned the club – with the team second bottom of League Two. We had the most horrendous injuries, but the fans couldn’t see past the results. They ordered the board to serve me my notice. I had previously negotiated a two-year rolling contract, so that gave me two years left at the club.

"You cannot describe the feeling of losing two playoff finals in a row. The fans think they know - but they don't"

Bizarrely, the next day they tried to renegotiate my contract. There was no way I was going to agree to that when I was at my weakest.

I knew my team was good enough to turn it around – and we did. We went from second-bottom to fifth. The atmosphere in the changing room was like no other we’d ever had. We got into the playoffs yet again and then got to another final (below), this time against Blackpool. Unfortunately, we lost.

Again I sold players, and again the club’s financial model dictated what I could spend. I took in more than £2m from selling Ollie Watkins to Brentford and David Wheeler to QPR, and I spent only £100k on Jayden Stockley from Aberdeen. We improved again and finished fourth. Jayden was our top scorer. Exeter offered me a new contract, though that was all put on hold because we go into the playoffs again. Sadly, we lost in the final yet again.

You cannot describe that feeling.

Getting so close and losing the playoff final two years in a row. The fans think they know how you feel. They don’t. It’s your whole life; your whole family’s life.

Exeter wanted a decision from me over the new contract within 48 hours of the final. I didn’t even know what day it was. I was in no state to make a decision, so I asked for a week to think it over. I needed a chance to reflect on what had just happened and to talk it over with my family.

Then, the very next day, I had an email from the club saying they’d moved on. It was a really sad ending, but that was my 12 years at the club finished.

I think my definition of ambition is different to other people, and that’s why I didn’t take those other jobs I'd been offered along the way.

I’ve always just wanted to build something I’m proud of – and I managed that at Exeter. It’s a very different place to how I found it.