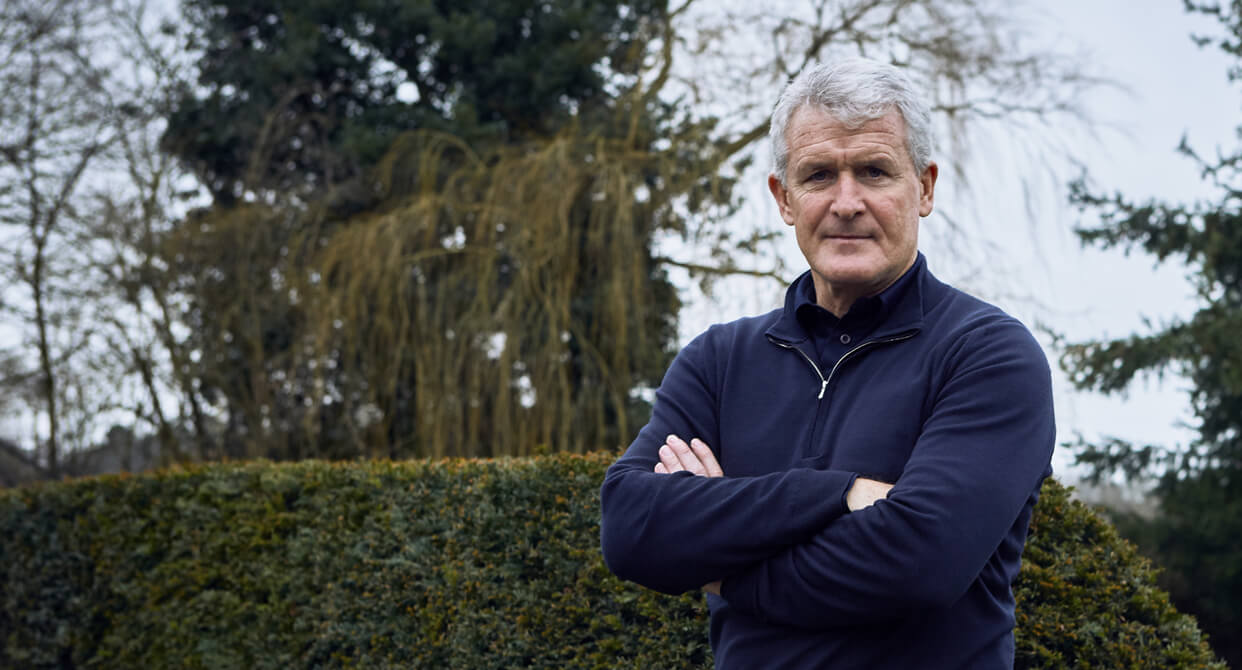 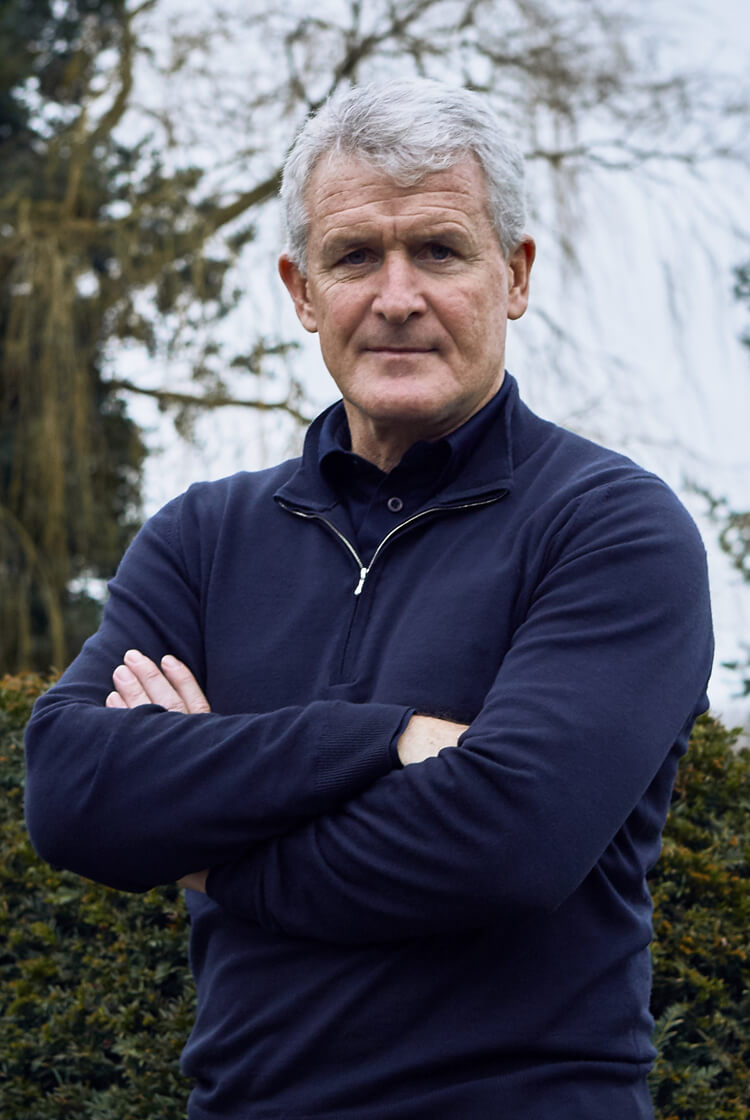 I think it was the first time I’d ever seen Neville Southall in a suit.

It goes back to a Euro 2000 qualifying double-header with Wales: we were playing Italy away on the Saturday and then Denmark at home on the Wednesday.

We were well-beaten in Italy, 4-0. Bobby Gould was the manager, and after the game he brought everybody together and said he wasn’t going to continue. He had recommended that myself and Neville take charge for the Denmark game.

It was news to me, and news to Nev as well. There was no inkling he was going to do it. It was certainly dropped on our toes to a certain extent, but we got on with it.

The match itself was at Anfield. I was actually still playing, so I was in the starting line-up and Nev was on the sideline in that suit I mentioned (above). We lost to two late goals, but we got through it and then everyone went away – I went back to my club, which at the time was Southampton, while the Welsh FA invited people to interview for the job.

I remember being on holiday in Cyprus that summer, and ringing up to make sure my name was still on the list of candidates. They gave me an interview, and I got the job for the next two games: away in Belarus and at home to Switzerland.

We won the first and lost the second, but I’d clearly shown enough in terms of my preparation and how I wanted to shape the team. I got the job, and kept it for the next four years.

“The day I joined Chelsea, they signed Ruud Gullit – and the next summer it was Gianluca Vialli and Gianfranco Zola”

I had never been one of those players who, from the age of 20 or 25, had the view that: “Okay, when I finish playing, I’m going to be a coach.” That wasn’t in my mindset in those days.

Yes, I’d been away and played for top clubs in Barcelona and Bayern Munich, but otherwise I’d been at Manchester United from the age of 14 to when I left for Chelsea at 31. I’d come through the ranks there and had a fantastic time, but it was maybe the case that I didn’t really understand my own standing in the game until I left.

I went to Chelsea at exactly the right time. They were a mid-table Premier League club at that point, but on the same day I joined they signed Ruud Gullit – and the next summer it was Gianluca Vialli (below) and Gianfranco Zola. This was before the Roman Abramovich era, of course, but there was a feeling within the club that they wanted to get better, to kick on.

It felt like the right place at the right time for me, but there were also a lot of young players coming through at the club. I became conscious that, when I spoke, they really listened. They understood that I had more experience in the game, that I’d won trophies, and they wanted to hear about it.

I would try to help the younger players develop their understanding of what was required at the level we were playing at, and that’s what inspired me to start on my coaching badges. That was when I first started to think that that could be my future in the game. I realised that I enjoyed it.

I felt the same about my move to Blackburn. It was a big decision at that point in my playing career, because I’d never played in a lower league and they were in what was then the First Division. But I spoke to Graeme Souness and I felt that I could help them. They were a good team with some really good young players – the likes of Damien Duff, David Dunn and Matt Jansen – and I felt I could go there and help as I had done at Chelsea.

We had a great first year, going up at the first attempt, and then the second season ended with us in the League Cup final against Tottenham at the Millennium Stadium (below). We won 2-1. I’ll be forever grateful to have had that as my final 90 minutes as a player.

I had made the decision right from the off with Wales, however, that I wasn’t going to play international football any more. I wanted to separate the two. I was clearly still a player at Blackburn, but when I turned up for Wales games I was very much the manager.

It was a real learning experience, though. I was learning on the job.

I think it’s clear that those who have played at a high level get opportunities that those who haven’t maybe don’t get so early in their coaching careers. But that means they haven’t had that time to really build a philosophy, or really understand how they want their teams to play. I think that’s why some fall by the wayside.

For me, though, having the Wales job was perfect. I was exposed to everything that was involved in football in terms of preparation and the game itself – and usually against top-class opposition who were better than us.

Tactically, you had to be up to speed – and all of this would happen in such a short space of time. The games would come and go, the players would leave for their clubs, and then all of a sudden you’re sitting in a darkened room on your own, taking a deep breath and asking yourself what just happened.

But the onus was on you to make sure you learned from every single experience. I’d be exposed to that intensity, and then taken away from it, but that gave me time to think: “Goodness, I’ve got to be a lot better than I was last game.” It gave me four years of being able to build my philosophy, but with the time and space to understand what I needed to do better.

At that time, Wales were very often the third or fourth seed in any qualifying group – so it was always very difficult for us to qualify. I’d come close as a player on a few occasions, and then as manager I had that disappointment again with Euro 2004.

We made it to the playoffs, where we faced Russia. A huge country and a big team, so it was going to be difficult for us, but we got a 0-0 draw away and I think we all thought we would bring them back to the Millennium Stadium and finish the job.

We got beat 1-0, and I think on the night we probably just froze a little bit – and I include myself in that. I always look back on that day and think my decision-making on the night wasn’t as good as it needed to be in terms of substitutions and understanding the momentum of the game.

That’s one thing that definitely comes with age and experience as a coach. You understand better what is actually happening at any given moment in a game, and you learn from the experiences you’ve had what the correct decision in those moments are. In that playoff against Russia (below), I wasn’t as strong or assertive as I needed to be as a coach.

Four years in international football didn’t translate to as many games as it would in club football, but I’d still had four years of development. By then I was a UEFA Pro Licence holder, but now I knew how to prepare teams, how I wanted my teams to play, and I felt like my philosophy was embedded. By the time I took the Blackburn job, I was clear in my intentions as a manager.

When I took over, I think they were second from bottom of the Premier League. It was only a handful of games into the new season, so that can happen, but it was a difficult situation – Graeme Souness had left for Newcastle and I don’t think the club was quite prepared for a managerial change.

But the squad had a strong core of players I felt comfortable with. There was a good group of senior players – the likes of Garry Flitcroft and Brad Friedel, who was an outstanding goalkeeper – and some good young players too, and their work ethic was exceptional.

“This was José Mourinho’s first season, and his Chelsea team could look after themselves”

I worked them really hard in that first season, but I felt it was important because I wanted my teams to be strong right to the end of games – and we were certainly that.

It was the early days of Prozone, and we got great confidence from looking at the stats that came out of it. We wanted to make sure that we were running further and doing more sprints than our opponents, and from that we always felt that we had a chance in the last 20 minutes of games.

We were confident in our ability to overrun teams, and I was proud of our physicality. There were a few clichés thrown around at the time, and people made assumptions about how physical we were as a team, but in my view they were wrong.

It all stemmed from one game. We played Chelsea at Ewood Park in February 2005, and it was a great game. Arjen Robben scored early but then had to go off after a mistimed tackle. It was a physical game, I would make no bones about it, but this was José Mourinho’s first season and his Chelsea team could look after themselves.

I remember José in his grey flannel coat (above), turning to the crowd and whipping them up, but it was a physical game and we matched up to them. It ended 1-0 to them, but I was proud of the way my team had played.

Unfortunately, the headlines after the game weren’t great; the focus was on the injury to Robben and how our approach had led to it, but I thought it was unfair. Mud sticks, though, and it took us a long time to shake it off.

I enjoyed testing myself against the best coaches and the best teams, and at the time I felt that the best was still Sir Alex Ferguson.

Whenever I went up against him as a coach, I didn’t ask for any favours and he knew he wasn’t getting any from me either. I think some people thought I didn’t like United any more, that I had an issue with Sir Alex – but it was never about that. I wanted to put myself and my team up against the best – I wanted to beat the biggest club and the best manager, and in my view that was him.

In my first full season at Blackburn, we managed to do a league double over United. We won 2-1 at Old Trafford, when Morten Gamst Pedersen scored twice; then, in the home fixture, David Bentley scored a superb hat-trick in a 4-3 win.

When you are able to overcome a club of that stature and a manager of that stature, then clearly that is going to resonate around football to a certain extent. Then, people might acknowledge that maybe you’re doing a good job.

I’ve always felt that any team I’ve put out will have certain elements to it. I’ve always wanted my teams to try to dictate to the opposition, to be on the front foot, to have the physicality I’ve talked about without overstepping the mark.

Things will change, of course, depending on the group of players you have, the formations you want to use, or the specific approach you want to shape against certain opposition.

But my fundamentals will always remain. I think that’s hugely important.