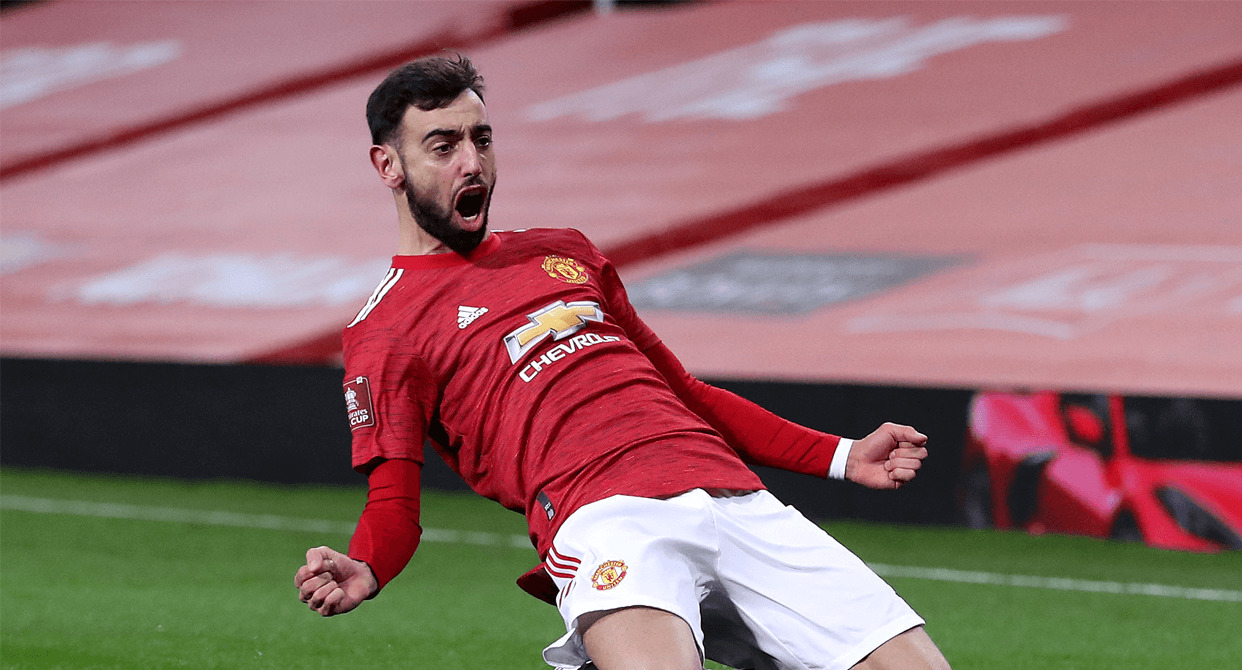 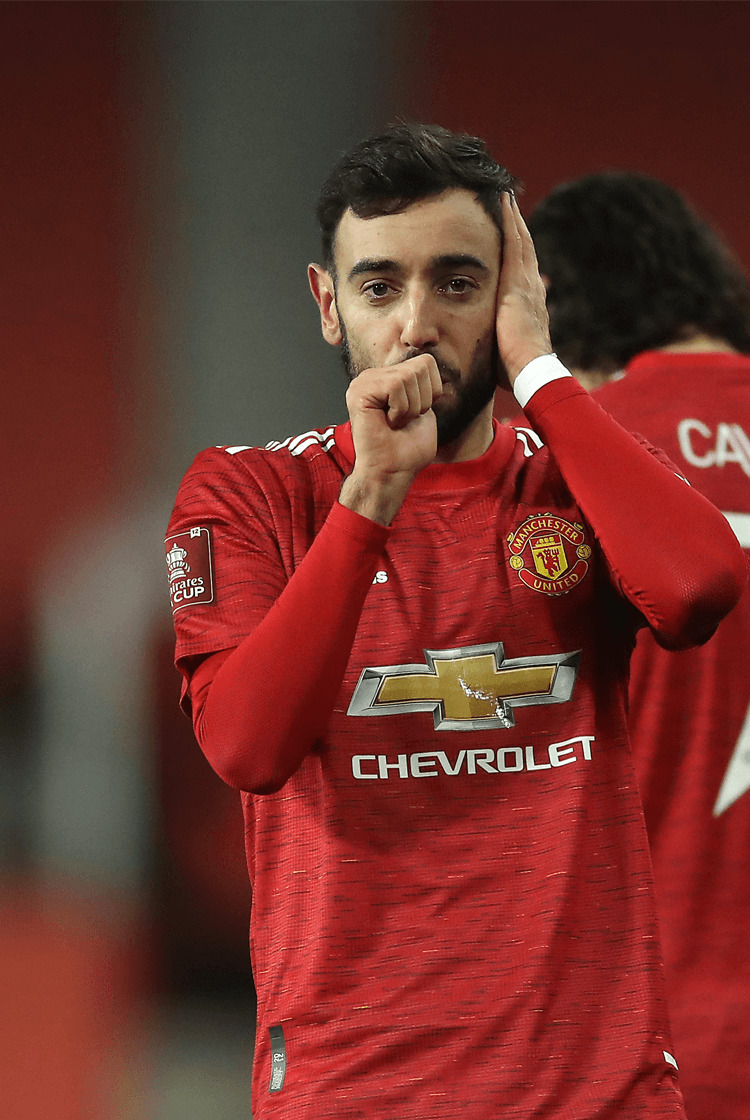 Manchester United heightened the misery of their rivals Liverpool when Bruno Fernandes' 78th-minute free-kick eliminated them from the FA Cup at the competition's fourth round. Jürgen Klopp's team had first taken the lead and then recovered from a goal down via fine finishes from Mo Salah, between which Mason Greenwood and then Marcus Rashford both scored for United. With both teams threatening to score the winning goal required to take them through to a fifth-round fixture with West Ham, Fernandes curled beyond Alisson Becker, leaving the champions with only one win in seven. "We're getting stronger and stronger," said United's manager Ole Gunnar Solksjaer. "It's fantastic to win games against last year's champions – they're a fantastic team. We're gradually, layer by layer, getting better, winning tight games, so the morale and confidence is very good." Klopp said: "We weren't on our absolute top (level), but we made a lot of steps in the right direction. You don't have to worry about us, as a group we are really together." 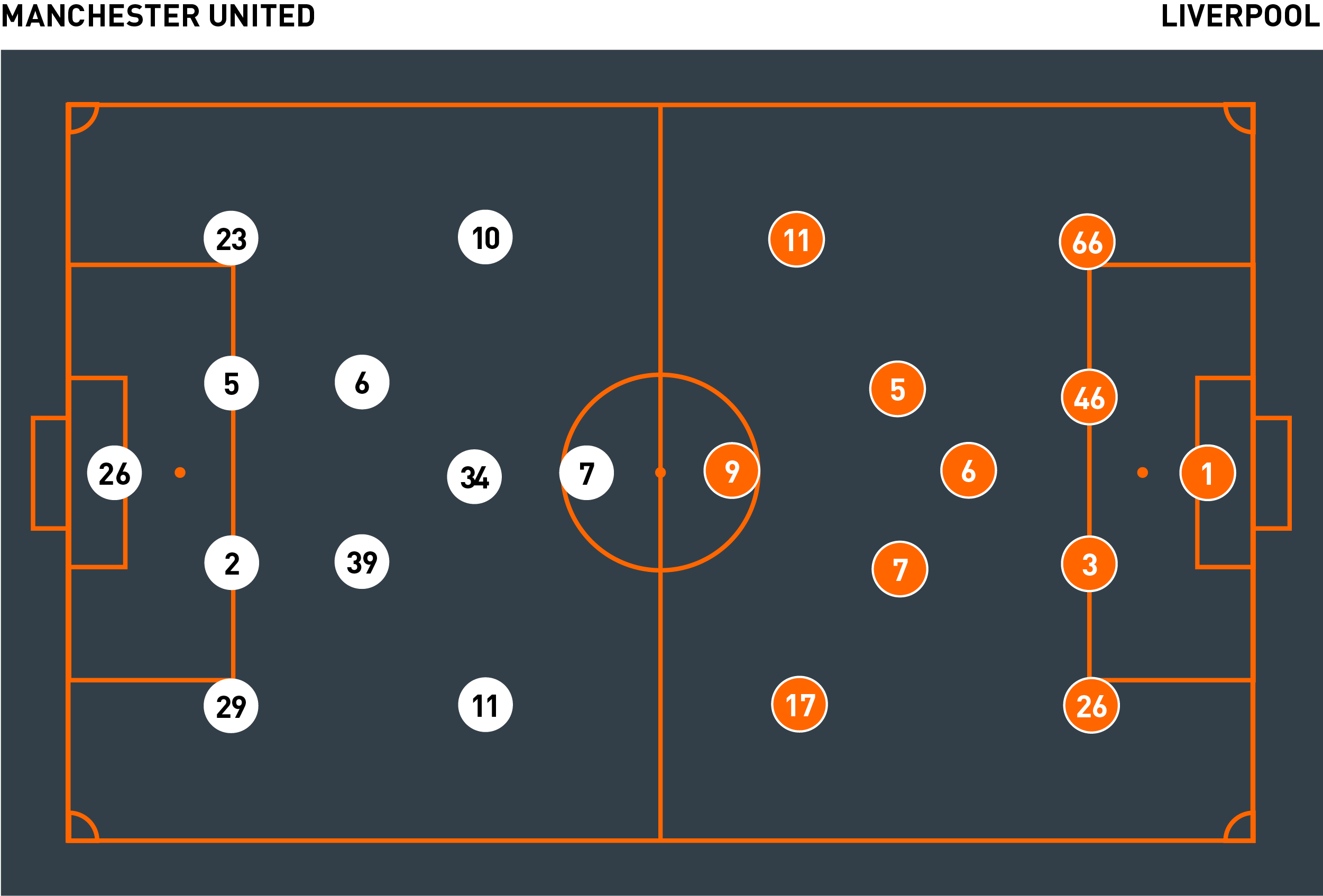 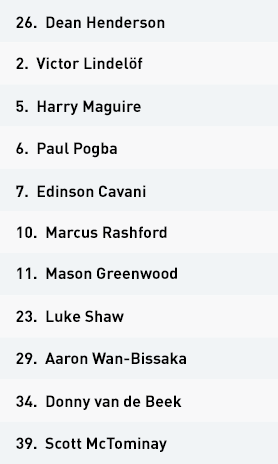 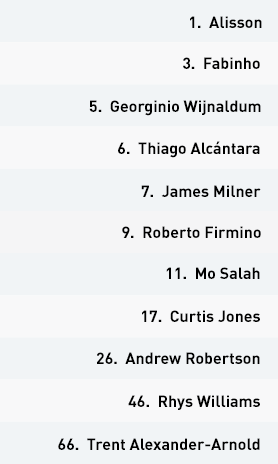 Manchester United were organised by their manager Ole Gunnar Solskjaer into a 4-2-3-1 formation led by Edinson Cavani, and that on this occasion excluded the influential Bruno Fernandes. Their visitors, Liverpool, defended with a 4-3-3.

Solskjaer's team sought to build from the back and to play through midfield; against that, Liverpool set a pressing trap around Scott McTominay. Mo Salah and Curtis Jones pressed the outside shoulder of United's central defenders, forcing them on to their weaker foot in the hope of causing inaccurate passes. Roberto Firmino positioned himself near the ball-side central midfielder, and James Milner and Georginio Wijnaldum moved towards their direct opponents.

When possession was played vertically into McTominay, Milner and Firmino pressed him from in front and behind, and during the first half had some success in recovering possession – success that was also achieved through the intensity and coordination of their press leading to mistakes and turnovers. Salah and Jones also sought to screen United's full-backs as they pressed, but if United still succeeded in finding them then Liverpool's wider central midfielder would advance to press, freeing up the full-back behind him to defend the spaces sought by Marcus Rashford and Mason Greenwood.

With Thiago Alcântara taking Donny van de Beek and later Fernandes, however, the relevant full-back then proved capable of playing infield to McTominay or Paul Pogba. Both would be facing forwards, and would in turn attempt to play a longer pass in behind, or into the feet of those in front of them, after which those attacking players worked to combine.


United most commonly sought to build towards towards the left during the first half, when the understanding that existed between Luke Shaw and Rashford offered particular potential. Shaw advanced on the outside; Rashford withdrew into a deeper position, and infield; occasionally, Cavani or Van de Beek would join them and offer a bounce pass from Rashford to Shaw.

The hosts also prioritised attacking on the counter. After turnovers, Rashford and Greenwood made runs directly into the spaces outside of Fabinho and Rhys Williams, and those behind them played early, forward passes towards them and into the spaces that were accessible through Trent Alexander-Arnold and Andy Robertson being further forwards during a period of possession. If those early passes were harder to achieve, balls could instead be played into Cavani's feet.

During the second half Fernandes and Fred arrived from the substitutes' bench; the latter played alongside McTominay, and Pogba moved to attack from the right, though more cautiously than had Greenwood, in turn encouraging Aaron Wan-Bissaka to attack. Through him increasingly doing so and Pogba drifting infield, Fernandes operated from deeper territory and contributed to the early, forward passes Solskjaer sought. On the occasions they weren't played, the Portuguese instead advanced to contribute to combinations in the final third.

Liverpool retained their manager Jürgen Klopp's long favoured 4-3-3, that on this occasion featured Rhys Williams and Fabinho in central defence, and Curtis Jones instead of Sadio Mané in the final third. Their hosts, Manchester United remained in their 4-2-3-1.

Liverpool's positioning and use of possession was aggressive; Georginio Wijnaldum and James Milner advanced from central midfield and Trent Alexander-Arnold and Andy Robertson from full-back to play alongside the front three in front of them. Only Thiago Alcântara, Williams and Fabinho remained behind the ball, from where they sought to play passes between the lines.

There were occasions when Milner would adopt a position as a false full-back, and Thiago as a false central defender – they resisted doing so at the same time – to create a three-on-two if Donny van de Beek had advanced to alongside Edinson Cavani, but if he had, passing lines to Liverpool's full-backs or Jones or Salah existed, testing United's midfield. Liverpool's positioning otherwise ensured that there were periods in which they dominated, and contained United in United's defensive half, but they were vulnerable on the counter.


When they built towards the left, Milner withdrew to feature as a false full-back so that Robertson could advance and Jones could move infield, but because that pattern was for Jones' benefit the same approach didn't exist towards the right. Roberto Firmino offered contrasting movements with those attacking alongside him, and he therefore regularly received possession in a deeper position.

Firmino's awareness and control under pressure meant he created both of Salah's goals, and almost a third for his team. United were uncertain about how to negate both the threat he posed and the aggressive forward runs that complemented the Brazilian's movements. After possession was played to Liverpool's full-backs, those full-backs sought to play it, diagonally, back infield to where Firmino and his attacking teammates attempted combinations.

The previous diagonal pass outside to Alexander-Arnold or Robertson triggered those contrasting movements - an attacking run combined with Firmino moving deeper. For a period in the second half, Firmino was the most influential player on either team, making Liverpool appear likelier to record a winning goal.