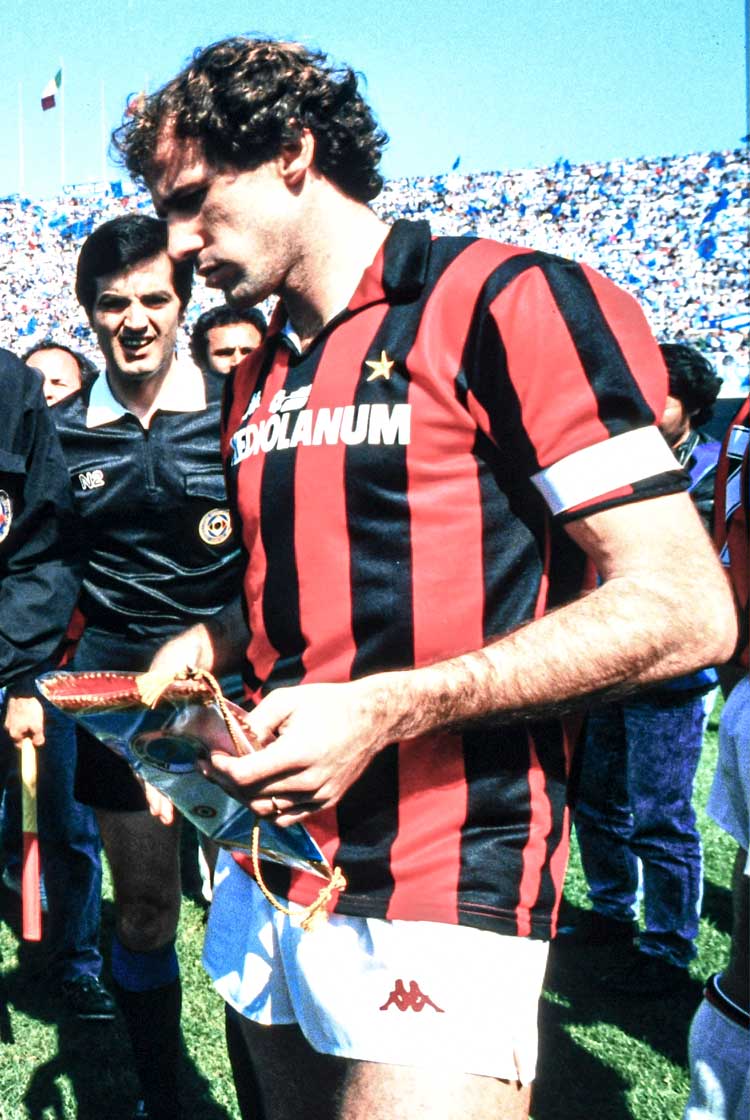 What is a libero?

A libero is a defender who plays behind the rest of the back line, and is responsible for covering and sweeping across the spaces behind other defenders. The role grew to include passing forwards after a regain – often to launch a counter-attack – and eventually driving into midfield with the ball, or running forward off the ball to instigate an attack.

Where does the term ‘libero’ originate?

Translated from the Italian for ‘free’ and often called a ‘sweeper’ in English, the libero role originated from two different systems. First, in Karl Rappan’s four-man defence in 1930s Swiss domestic football, and then later for the national side. This featured one of the full-backs covering from a deeper, central position, behind the rest of the back line.

Then, in Italy in the 1960s, Nereo Rocco and Helenio Herrera used a libero with AC and Inter Milan, respectively. In an extremely defensive system, the deeper defender covered behind others in the defence who man-marked opponents, before launching counter-attacks with direct forward passes.

What are the in-possession responsibilities of a libero?

Initially, the libero was only seen as extra defensive cover for the defence, in a position to provide clearances away from goal. However, as the role developed, it started to include dribbles into midfield (below) and intelligent forward passing into the feet of attacking teammates. These dribbles into midfield – now common among modern centre-backs – are used to break the first line of an opponent’s press, overload the centre of midfield, or lure opponents towards the ball to free up teammates ahead of the ball.

What are the out-of-possession responsibilities of a libero?

The role was initially created to add extra protection behind other defenders, especially as the libero could cover the central area close to goal, while ‘sweeping’ across behind other defenders in the inside channels quickly became another responsibility. Such a player requires an intelligent reading of the game to anticipate passes in behind, as well as the speed to get across the pitch and cover.

As the deepest defender, the libero has the best view of the pitch. From there, they can not only give out instructions and organise their teammates, but also attack aerial balls and compete for second balls.

Who are the best liberos?

Liberos are not used in the modern game as they were initially, as their deep positioning isn’t suited to the offside rule or the widespread use of three forwards. As a result, the best examples of the libero did not play their football this century.

Franz Beckenbauer
Beckenbauer often played as the middle centre-back in a back five for Bayern Munich, covering as the deepest defender in a libero role. He provided cover for direct passes made in behind, especially when the other central defenders were marking opponents. He would also step up to press whenever an opponent was freely carrying the ball through the central spaces, when his teammates still had an opponent to mark.

What separated the German apart, however, was his ability on the ball. He had incredible passing range with which he could start counter-attacks, and he could send incisive passes to the feet of attackers or dribble forwards himself. He was not afraid to follow up a forward pass with a run to receive a return pass, using one-two combinations to add an extra player in midfield and penetrate forwards. Through these combinations, he carried a truly unique goal threat through the middle of the pitch.

Franco Baresi
At AC Milan, Baresi was as comfortable dropping behind the back four to sweep and cover as he was jumping out of the back line to press. He offered a much stronger defensive presence than Beckenbauer, but less of a threat with the ball. Baresi’s forward passing was incisive and useful for setting up attacking moves, but he lacked Beckenbauer’s dribbling qualities. Baresi also pressed out of the back line much more, with the rest of the defence narrowing to form a temporary three. He was particularly effective at delaying attacks and pinching the ball as a result of his almost unrivalled ability to change direction when jockeying, especially while moving backwards. Baresi was also outstanding when jumping out to press and prevent shots on goal.

Which other players are examples of liberos?

Liberos are no longer seen in the modern game, but some of the in-possession traits – particularly a willingness to dribble into midfield – are regularly displayed by the following:

What are the benefits of playing with a libero?

The libero provides extra defensive cover and their presence will make it more difficult for the opposition to penetrate through the central part of the pitch. As well as being able to compete for direct balls over or through the middle of the pitch, the libero can also be well positioned to deal with early crosses delivered from wide.

The extra defensive layer behind the block can lead to better organisation, especially in a low block. The presence of a libero gives the other defenders more freedom and confidence to step out and press or duel with opponents, knowing they have cover behind them.

In possession, the libero can help create central overloads in midfield, which is useful both in launching counter-attacks and when up against a set block. By driving forward with the ball, the libero can also draw opponents towards the ball, thus freeing teammates up further forward. Their central positioning also provides an option through which a switch of play can be made.

What are the disadvantages to playing with a libero?

As the libero adds an extra body behind the defence, the team’s offside line is deepened. This makes it easier for the opposition to get in behind, especially when moving into wide spaces away from the central libero. This is the central reason that liberos are not used in the modern game.