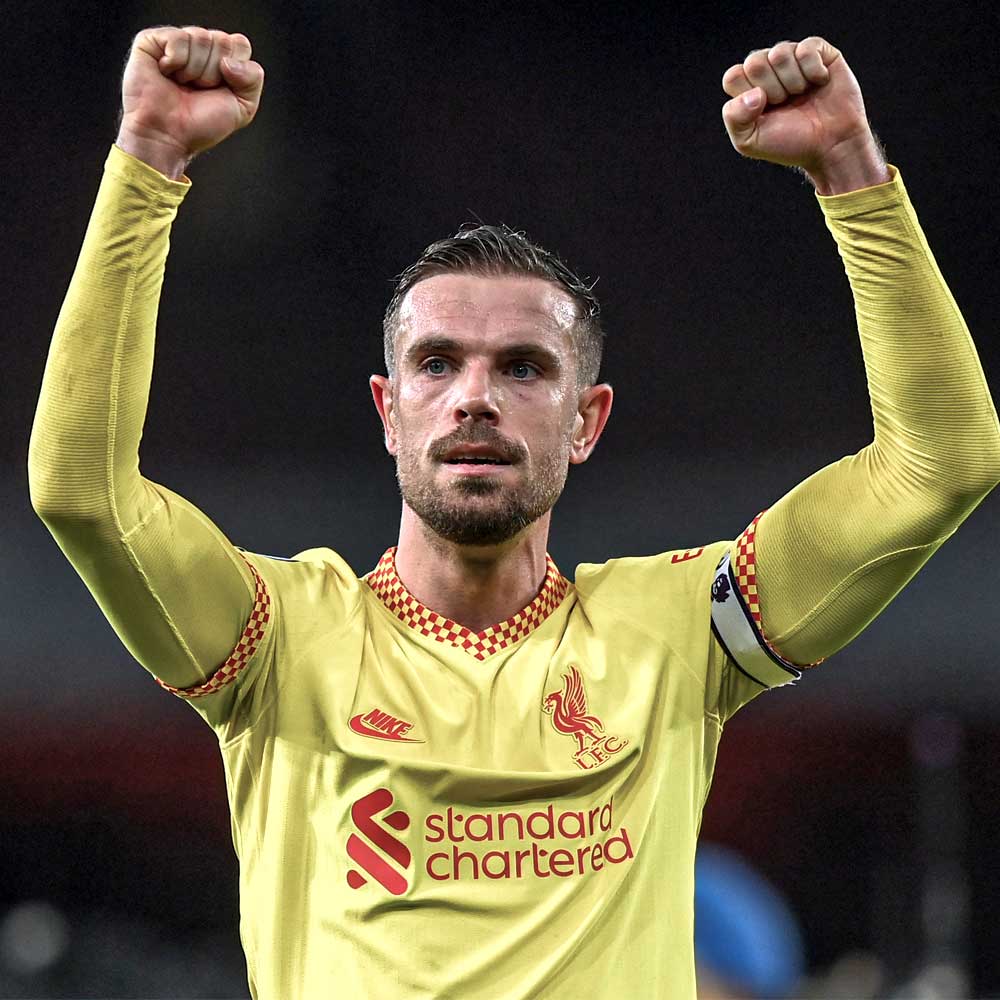 A number 8 is a central midfielder who traditionally operates as a box-to-box player, doing both attacking and defensive jobs. In the modern game, however, the role has evolved to include support play through the inside channels, with lots of matches seeing more control and less end-to-end football.

The role of the number 8 requires lots of energy, and contributions to both the attacking and defending phases of the game. Number 8s can operates in a central-midfield two, as part of a three, or on the side of a diamond behind a number 10.

Where does the term ‘number 8’ originate?

The name comes from the original use of numbers on players’ shirts in a starting XI. In what was then a popular 2-3-5 formation, the number 8 shirt was assigned to the inside-right position in the front five.

As formations evolved and back-four systems became more common, the number 8 shirt was worn by one of the two central midfielders in a 4-4-2, or one of the two ahead of a single pivot in a 4-3-3.

What are the in-possession responsibilities of a number 8?

As the number 8 operates mostly in central areas, they are tasked with connecting defence with attack, and the right side of the team with the left. In a midfield two, the number 8 will have more responsibility to add extra central presence underneath the front line with forward runs from midfield. These movements will often target the space between the opposition centre-backs. The number 8’s midfield partner will stay deeper to provide protection in front of the back four.

In a midfield three, the number 8 will still provide forward runs, but more often through the inside channels. In this formation, there are two number 8s, meaning runs can be made through each inside channel simultaneously. These forward runs will tend to target the space in between an opposition full-back and centre-back, as shown in the diagram above.

Number 8s move around the pitch to get on the ball and build play. They play a key role in a team switching play (above), cross from withdrawn positions, shoot from distance and combine in central areas with the striker or strikers (below). They may drop deep to receive and help in the build-up phase, but when playing as part of a midfield two they will usually only drop deep briefly. In that formation, they are often needed further forward to help in attack.

When the number 8 is part of a midfield three, they can stay deeper for longer when supporting build-up. The other number 8 then moves across to fill the gap they have left in the centre of the pitch, and can provide height to support in attack if needed.

What are the out-of-possession responsibilities of a number 8?

The number 8 is responsible for tracking central runs, protecting the defence and, when required, aggressively counter-pressing. When playing as part of a pair, they must be athletic, quick, strong in individual duels and good at screening passes into the opposing centre-forward.

When playing in a three, the number 8s are more likely to jump out of line to press, duel, tackle and engage the opposing ball-carrier. The single pivot screens the defence and covers the space behind the two number 8s.

When part of a low block, the number 8s play an important role in keeping the team compact and preventing central passes penetrating through the team. They will slide across the pitch from side to side in a compact unit, and may also press into wide areas when needed, to help lock the ball near the touchline.

When supporting a high press, the number 8s can either mark their direct opponent, or zonally cover central-midfield spaces. They may also be required to jump forward and press the centre-backs, especially when supporting a lone centre-forward.

Who are the best number 8s in the modern game?

When Real Madrid are in possession, Kroos drops into the left inside channel from central midfield – often deeper than the single pivot. Here, he gets on the ball and looks to break lines with crisp, accurate forward passes, while allowing the left-back to push forward and overlap the left winger, who cuts infield – as Cristiano Ronaldo used to, and Vinícius Júnior does now – to threaten goal (below).

Modric has given Real Madrid control in matches through his movement, range of passing, and ability to connect teammates in different parts of the pitch. He uses his exceptional passing ability to switch play, break lines centrally or move the ball over or around opposing centre-backs to find a teammate making a run into the penalty area (below).

Henderson is a box-to-box midfielder who has good technical ability and a work rate that few opponents can match. He makes penetrative runs to support attacks but also provides defensive cover underneath Liverpool’s attack-minded right-back Trent Alexander-Arnold, and moves out to the right side of midfield when Mo Salah moves off the flank. Henderson also aggressively counter-presses, tracks opposition runs on transition and makes off-the-ball runs around the outside on the right (below), or between the opposition left-back and left-sided centre-back.

Which other players have been high-quality number 8s?

What are the benefits of playing with a number 8?

Traditional box-to-box runs can drive a team forward, add an extra player to an attack and force defences back, closer to their own goal. This will overload and put strain on the opposition’s defenders, and will also create space in between the lines for teammates to target. A delayed forward run from a number 8, meanwhile, can target this space in front of the opposition defence for cut-backs or the second phase of an attack. Late movement is also very useful in disrupting the opposition’s set-up.

When playing as part of a midfield three, a number 8’s position in the inside channel can enhance the team’s chances of a player getting on the ball between the lines. This in turn increases the chances of them breaking beyond the opposing back line. Playing with two number 8s as part of a three can also overload an opposing central-midfield two, giving teams a free player to play through in central areas.

What are the disadvantages to playing with a number 8?

The number 8 role demands a high physical output. If this isn’t maintained, the player and team’s effectiveness may be significantly reduced.

With football now more controlled and less end-to-end in style, space isn’t always available for trademark box-to-box runs. As a result, the role increasingly requires higher technical quality, with central midfielders now required to combine in tight central areas. So, if a number 8 is not of sufficient quality, the team can suffer.

The often instinctive forward runs from a number 8 can leave central pockets of space for opponents to exploit on transition. This is particularly true when a midfield two is used. Potential lack of cover and protection underneath the ball can stem from forward runs from the number 8.