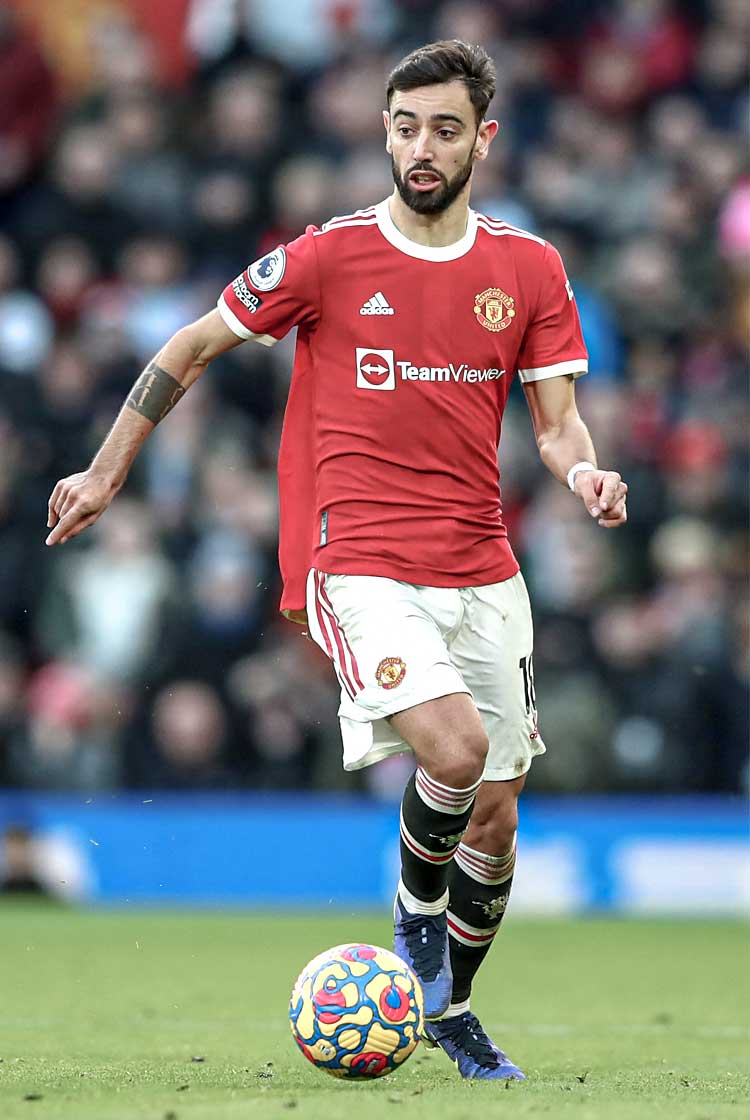 What is a number 10?
A number 10 is an attacker who operates in the spaces between central midfield and the front line. They often receive between the opposition’s midfield and defence – a space commonly referred to as ‘between the lines’.

Where does the name ‘number 10’ originate?
The classic number 10 role is so named because it was traditionally the number worn by the player in that position. It was called the ‘enganche’ in Argentina, which translates as ‘hook’, to describe its importance in connecting midfield and attack. As sides began to move away from the 4-3-3 of the 1970s to the 4-3-1-2 or 4-4-2 diamond of the 1980s, the ‘hook’ became even more important.

In the modern era, the number 10 usually plays underneath a single centre-forward, with a double pivot in behind in a 4-2-3-1 structure. A single number 10 is also used in a 3-4-1-2 shape. However, many teams now use defensive midfielders in the spaces where a classic number 10 would operate. As a result, the role of the modern number 10 now requires more varied movements and a broader skillset.

What are the in-possession responsibilities of a number 10?
The original, classic number 10 was expected to connect defence and midfield with the front line. They should create chances for teammates with clever dribbles, touches, crosses, passes, through balls and combinations. They often operated in tight spaces and under pressure from opponents from several directions.

As the game has evolved, though, number 10s are required to do much more. Their responsibilities involve far more than just creating for others with on-the-ball actions. Movements into the penalty area to support the centre forward(s) are important, as well as moving out wide and into the inside channels to support a winger or full-back. They should help create wide overloads, to get teammates into spaces to cross. The modern number 10 might also drop deeper centrally to receive, especially when there is little space between the lines.

Number 10s are also expected to provide a goal threat by running beyond the striker(s), attacking crosses and supporting the second phase of play after a ball into a centre-forward.

What are the out-of-possession responsibilities of a number 10?
The classic number 10 had few defensive responsibilities – often, they had something of a free role. When their team was defending, they would look for space to receive a pass following a turnover and launch a counter-attack. While the rest of the midfield battled for possession and defended central areas, the number 10 was thinking about how to take advantage when possession was regained.

A modern number 10 has far more defensive responsibility, though. They will often push forward to press the opposition centre-backs or move to defend in wide areas. Often, they will directly engage and duel with opposing full-backs high up the pitch.

A number 10 also plays a key screening role if the coach wants them to block access into the opposition's pivot. From this position, they will screen central passes, block forward runs and make interceptions. This is very useful, whether the manager wants the team to press high up the pitch or drop into a mid or low-block.

Who are the best modern number 10s?

Mesut Özil at Real Madrid and Arsenal
Özil was a creative number 10 at both Real and Arsenal, breaking lines through his clever passing, disguised touches and superb vision. He created space through his movement and passing, and constantly got on the ball in pockets of space between the lines. From there, he could turn to feed the ball through gaps in the opposition’s defence (above, top). Another strength was his understanding of when to stand still and hold his position while others moved around him.

Thomas Müller at Bayern Munich
Müller is a versatile number 10 with a very different skillset to Özil. He is combative without the ball, effective and smart in instigating a press, and does a good job of screening and providing cover. With the ball, his movements are varied and unpredictable. He connects passes into the centre-forward well, but his main strength is getting into goalscoring positions. He consistently finds space in the final third, and makes constant runs beyond the centre-forward (above). Importantly, he is also happy to move wide, combine and create overloads with the wingers and full-backs. His desire to break into the penalty area, along with an alertness and understanding of how to get on the ball in the final third, means he has scored goals consistently throughout his career.

Bruno Fernandes at Manchester United
Fernandes finds ways to penetrate forward with his passing from the number 10 position. He can connect into runners beyond the opposition’s defence, provide crosses from wider positions, deliver dangerous balls from set-pieces, and shoot from range. He can also combine with short passes through both inside channels and wide areas to great effect. His ability to find runners in behind is probably the strongest part of his game, however. He is able to play both long-range, diagonal passes to wingers, or deft passes through or over a deep block (above). He has a hugely valuable ability to both spot and then find runs from midfielders into threatening positions.

Paulo Dybala at Juventus
Dybala is a skilled dribbler, impressive in tight spaces (below), and agile enough to avoid pressure when on the ball. His decision-making when it comes to releasing passes into teammates is another strength – and a key asset for a high-quality number 10. His dribbling helps him create, as he regularly drops into Juventus' midfield to receive and turn. This is a very modern example of a key move for a number 10.

Which other players are examples of a Number 10?
Diego Maradona at Napoli (below).
Dennis Bergkamp at Arsenal.
Juan Román Riquelme at Boca Juniors.
Kaká at AC Milan.
David Silva at Manchester City.

Otherwise, the number 10 can create gaps in an opposing back line by moving away from goal to drag defenders out of shape. Pausing on the ball can also help dismantle a defensive line if an opponent moves towards the ball. This can enable teammates to exploit the resulting space.

A number 10 will take attention away from the main goal threat – the centre-forward or centre-forwards – through movements, passes and their general threat in support of other attackers. This can lead to more space in more advanced positions, and more – and better – chances to score.

Defensively, the number 10 can provide an additional screen for passes into central areas. They can also support the centre-forward or centre-forwards when pressing higher up the pitch.

What are the disadvantages to playing with a number 10?
In the modern game, players who don’t contribute defensively severely affect the rest of the team. As a result, modern-day number 10s need to do more than provide on-the-ball quality. They must also be willing to work hard and do the job asked of them out of possession.

In attack, there can be too great a reliance on a number 10 to provide creative output for their team. So, whenever opponents block access to the number 10, man-mark them, or stop them from receiving in key areas, the team’s attacking output can be compromised.

With many modern teams using either a single or double pivot close to the defence, access to the central spaces between the lines – where a number 10 should be most effective – can be difficult to find. The increase in formations that limit central space has led to a decline in use of a traditional number 10.

There are now more rotations, movements and swapping of roles, so the number 10 may find themselves moving away from their preferred position. This may leave some coaches questioning whether they need a specialist number 10 at all.