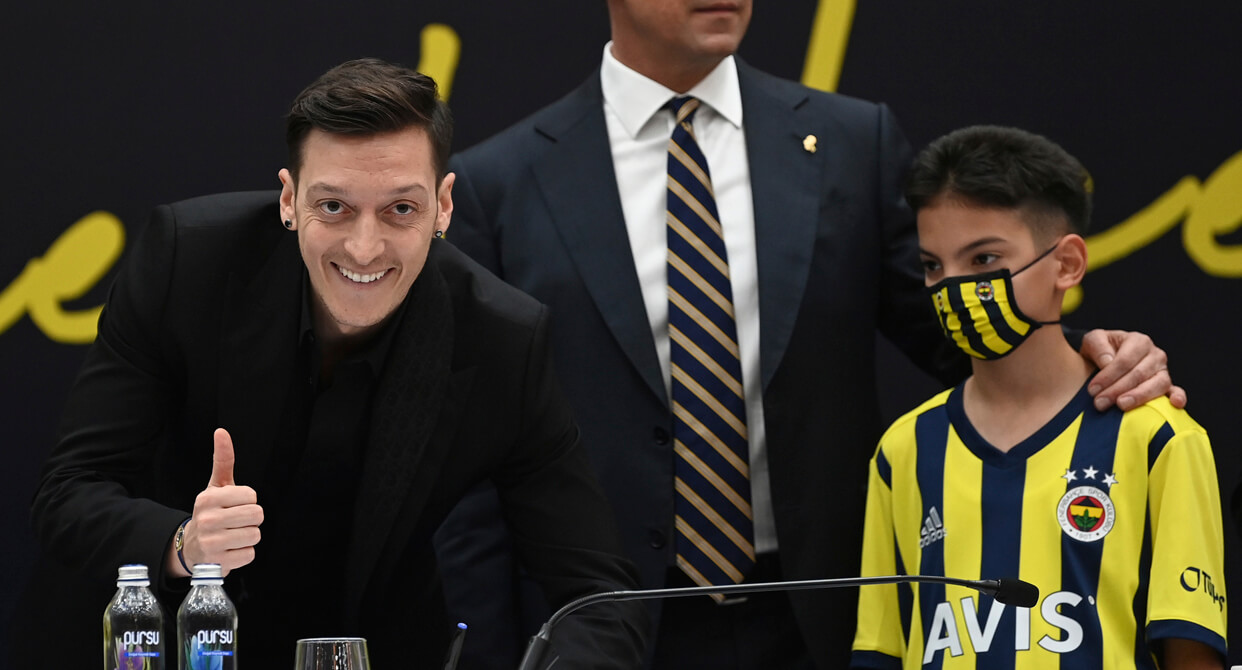 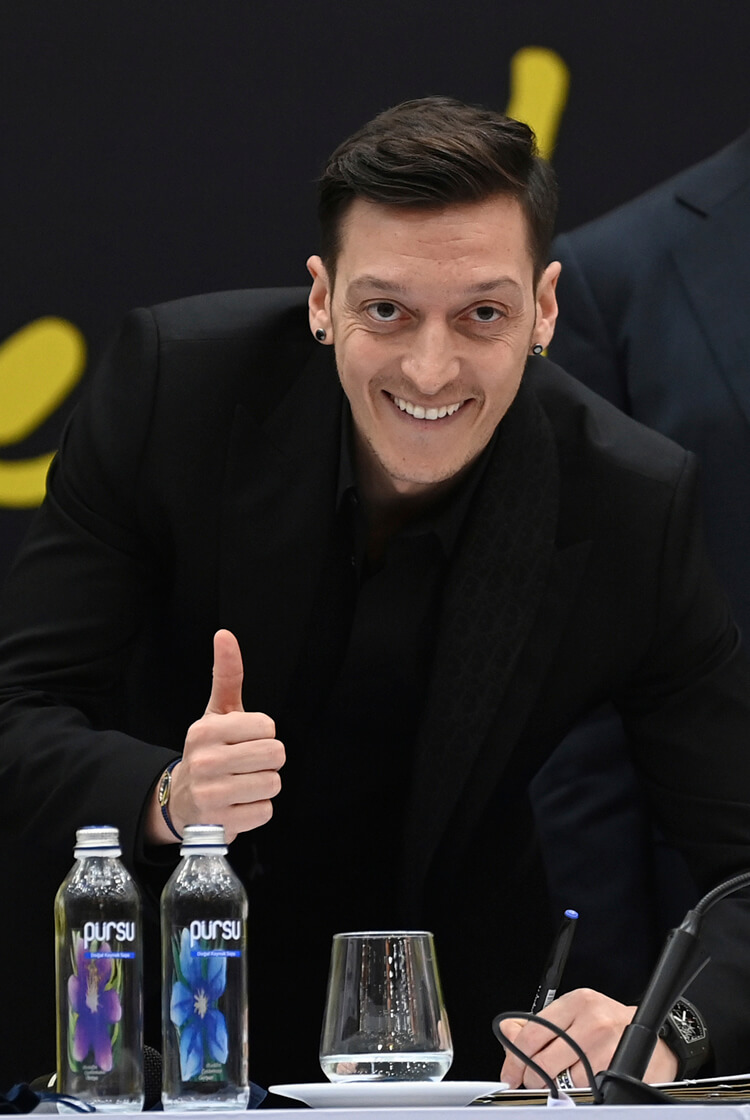 Profile
Mesut Özil's departure from Arsenal for Fenerbahce brought to an end the near-eight-year spell in English football of a player likely to be remembered as one of the most talented to feature in the Premier League. Once considered the long-term successor to Dennis Bergkamp at Arsenal, after so encouraging a start to his time in London, Özil has, perhaps unfairly, become the symbol of the club's relative decline.

"He was a guy who had a special quality as a creative player and needed to have fun," said Arsène Wenger, the manager who spent a then club-record £42.5m to recruit Ozil, then 24, in September 2013. "He is an artist and these guys are a bit more sensitive. They need support and an environment that pushes them to give their best."

Tactical analysis
Özil is an old-school number 10, a player who thrives between the lines and plainly gets more joy from creating goals than scoring them himself. He isn’t at all physically imposing but he can deal with rough treatment from opponents, using guile, speed of thought and impressive stamina to evade the close attentions of his opponents.

Özil’s greatest strength, however, is his movement during attacking phases of play; he seeks space between the lines, and effectively avoids pressure as he receives passes on the half-turn and after a glance over his shoulder to see where defenders are. His awareness of his surroundings and movement often allows him to take his first touch forward and to progress play. It is this ability – one few players boast – that marks him out as a truly world-class footballer.

He is not technically gifted in his ability to strike the ball cleanly – in seven years at Arsenal he has scored only twice in the Premier League from outside of the penalty area – but, when receiving passes in crowded areas, he adopts the perfect body shape and will take the opportunity to take his first touch with his back foot if there is a chance to progress forwards (below). The ability to do that consistently is rarer than being able to score from distance.

Once on the ball, he uses exceptional disguise, craft and composure to create for his teammates. The disguise he puts on his passes often deceives defenders, increasing the time and space on the ball for the receiver, and his off-the-ball movements make him difficult to mark. He has a hugely valuable ability to not only spot a pass but also to regularly get the weight of his passes and through balls right, and that is why centre-forwards relish playing with him – he can slip a teammate in on goal when most other players would not even spot the opportunity. At the time of his exile from Arsenal's squad in October 2020, James Milner and Kevin De Bruyne were the only Premier League players with more assists to their name than Özil’s 54.

Role at Arsenal
If taking Arteta’s word that the decision to omit Özil from Arsenal’s squad was a purely footballing decision, then the simplest explanation for that is that the Spaniard sees no space in his team for a traditional number 10. He has shown a preference for a 4-3-3 or 3-4-3 formation after initially experimenting with a 4-2-3-1 and either Özil or Joe Willock as his number 10, following a trend that has meant pure creators who play behind a lone centre-forward becoming an increasingly rare feature of the modern-day Premier League.

That explanation is insufficient, though, given Pep Guardiola – under whom Arteta was assistant manager at Manchester City, and who has clearly had an influence on Arteta’s philosophy – managed to convert two number 10s in De Bruyne and David Silva into quite brilliant number eights who played in a title-winning 4-3-3. Both got on the ball as often as would a traditional number 10, and did so in the half-spaces. Özil would surely be capable of playing that type of role.

There is also the position in which the hugely impressive James Rodríguez – another left-footed and hugely talented number 10 who appeared as though he might struggle to find a place in the modern game after his career lost momentum at Bayern Munich – is playing at Everton. Rodríguez plays on the right side of their attack in a 4-3-3, but with a vastly different set of instructions to Richarlison on the left, or many other wide attackers. Rodríguez looks to get on the ball and turn in-field on to his left foot to create from between the lines. Clearly there are ways to select a player who wants to play centrally and behind a striker into a functional team that has no traditional number 10, so Arteta’s reasons must extend beyond the fact he wants to set his team up without a shape that would immediately and clearly suit Özil.

It may be that Özil’s defensive work – a regular criticism – is a big part of that. Under three different managers, when Özil played in what was an in-possession 4-2-3-1, Arsenal adopted a 4-4-2 or a 4-4-1-1 when out of possession, when their wide players withdrawing into a deeper position made them more secure without the ball. Özil has never been particularly alert to defensive transitions and the need for quick recovery runs. He has instead been at his best when that isn’t his responsibility and he can stay in an advanced position alongside their centre-forward to receive a pass should his teammates regain the ball and look to quickly transition forwards.

Arsenal have also shown an increased commitment to counter-pressing (above) since Arteta's appointment, and that level of intensity or the awareness to press for a regain as soon as the ball has been lost does not suit Özil. In Arteta’s approach there is no place for that kind of luxury.

That is why Arteta was so keen to sign Willian – another creative midfielder over 30 – from Chelsea. Willian has been a favourite of just about every coach he has played under because of his work rate and defensive awareness, and he will do the job Arteta asks, withdrawing into midfield in what becomes either a 4-5-1 or a 5-4-1 when Arsenal are out of possession, depending on whether they start with a back three or four.

Arsenal have also shown a consistent pattern of play in the early stages of 2020/21 where, after playing out from defence, they pass the ball out to the right before switching it for Pierre-Emerick Aubameyang on the opposite wing (above). Those long switches are not the kind of pass Özil is particularly known for making, so perhaps Arteta simply prefers someone he can mould to do that.

Beyond all of the above, there is also the very real possibility that Arteta had to take into account the fact that Özil’s contract expires in the summer of 2021 and, given his hefty salary, was unlikely to be offered an extension. It may therefore make sense to plan longer term and to select players who will be able to implement his game plan beyond 2020/21.