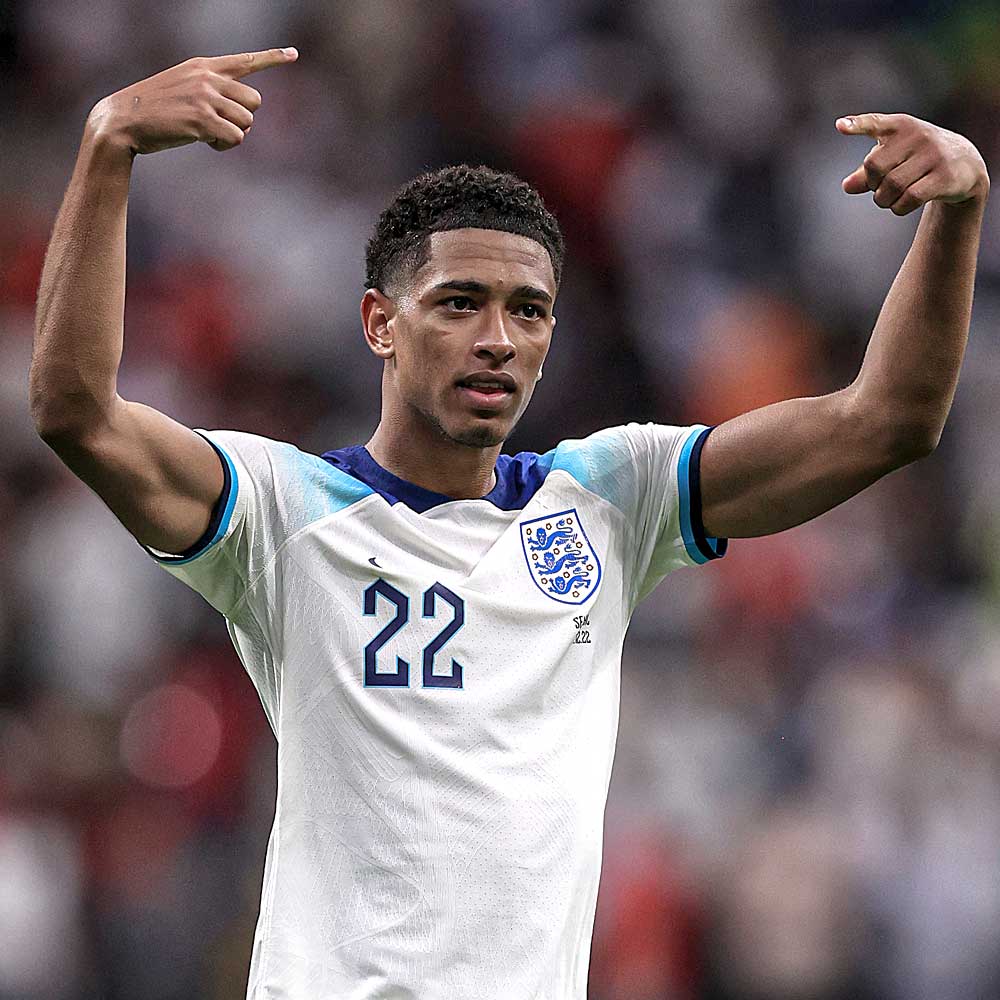 Having become Birmingham’s youngest-ever player aged just 16 years and 38 days, Jude Bellingham quickly showed he was too talented to be playing in the Championship, and attracted interest from many of the best teams across Europe. Borussia Dortmund won the race to sign him for £22.75m in the summer of 2020, when then manager Lucien Favre insisted that Bellingham would go straight into the first team.

“First and foremost, I am interested in playing intelligence,” Favre said of the then 17-year-old. “With someone like Bellingham, I don't look at the date of birth. He has the technical skills and a feel for space. I like the way he handles the ball, how he defends it. Jude gives us many tactical possibilities and has an amazing presence. He can play as a number six or number eight, is a good passer, tries to put himself in a finishing position. With him, different systems are possible.”

Bellingham has gone on to bigger things than many could or would have predicted for him. He became Dortmund's youngest ever goalscorer in his first appearance, and quickly became a first-team regular, gaining plenty of Champions League experience in the process. He has gone on to make himself an important member of Gareth Southgate's England team, taking the 2022 World Cup by storm at the age of 19. It is fully expected that Liverpool, Manchester United, Chelsea and Real Madrid could all make an attempt to sign him at the next available opportunity.

“I don’t think we could have predicted how quickly he would mature,” Southgate said after the round-of-16 win over Senegal. “Even in the last six months, that’s gone to another level."

As Favre said, Bellingham is suited to playing in several different midfield positions. He is versatile and unpredictable and, wherever he plays, likes to drift from his starting position. This could be from central midfield out wide, to combine with a wide midfielder or full-back, or from wide into a position between the lines. He is comfortable in crowded central areas, boasts quick feet, and does his most impressive work playing short, sharp passes to emerge from tight situations. He also has a very small turning circle and can drop a shoulder before darting in the opposite direction to lose a marker.

He has the ability to commit opponents to a challenge before swiftly flicking a pass to a teammate (below). This makes him suited to playing in attacking midfield, where he is useful in helping his team find a way through a low-block defence. He thrives under pressure from opponents, always making himself available to receive, and he is bold in possession. This much was evident about Bellingham's game from a very early age.

Early on in his career, particularly at Birmingham, he might have been accused of attempting to play the killer pass too early. He started to write that out of his game at Dortmund, suggesting he was maturing quickly under Favre's guidance and with better players around him. By the age of 19, when he was playing at the World Cup with England, it was rare to see Bellingham give the ball away unnecessarily.

He works hard, and isn’t reluctant to get stuck in, which makes him well suited to bith pressing and playing as a defensive midfielder. He makes plenty of tackles, and though he sometimes shows a little too much enthusiasm by diving in and getting beaten, that is just another side of his game that he has worked on improving. He now stays on his feet far more often. Favre, Pep Clotet, Bellingham’s manager at Birmingham, and Southgate have all highlighted Bellingham’s attitude and professionalism as particularly impressive for a youngster.

In a double pivot

Bellingham’s versatility is shown by the fact that, for Borussia Dortmund, he switches almost weekly between playing as a single number 10, as one of two 10s behind a lone centre-forward, as a number eight in a midfield three, in a double pivot in a 4-2-3-1, and in a central midfield two in a 4-4-2 or a 3-4-3. There are very few other players who could move between all these different roles and make it look as easy as he does. That said, most of his minutes in his short career so far have come in a central-midfield two. In 2022/23, he has largely played in the double pivot in a 4-2-3-1 alongside Salih Özcan or Emre Can.

From deeper, Bellingham provides line-breaking passes. These are especially useful when his team’s full-backs, such as Dortmund's attack-minded Raphaël Guerreiro and Thomas Meunier, push high up the pitch. These movements also mean Bellingham moves into a wide position to receive away from crowded central areas. He then has the vision and ability to find more advanced players who have rotated ahead of him.

Bellingham has the passing range to break through, around or over an opposing block, even from a position alongside Dortmund’s centre-backs after dropping deep enough to form a temporary back three (above). This means he is positioned to cover on defensive transition, and his energy, strength, anticipation and reading of the game make him ideal in such situations. Not only does he compete for first and second balls, but he also shows the intelligence and awareness to track off-the-ball runs from an opponent. He does a particularly useful job when opponents target the wide spaces vacated by Dortmund’s advanced full-backs.

As a number eight

Bellingham is even more effective in a more advanced role, when given the freedom to push forward from deep in a box-to-box role, either from a double pivot or as a number eight in a 4-3-3 shape. With Dortmund then using a single pivot ahead of the two centre-backs, Bellingham has more licence to start higher, though he still works hard enough to drop back as a second pivot if needed.

As a number eight, Bellingham receives in the final third more often, rather than being the player who makes those passes. He times his forward runs well, moving into pockets of space between a winger who has stayed wide and a centre-forward who pins the opposition centre-backs and threatens the space in behind (below). His movements are helped by Dortmund using wingers who prefer to receive wide and isolate a full-back who they can dribble at, such as Donyell Malen, Karim Adeyemi or Thorgan Hazard. This creates more space for Bellingham to drive into, whereas Marco Reus or Julian Brandt like to move inside off the ball – this limits the space for Bellingham to operate in the inside channels.

Nonetheless, when Dortmund’s wide players come off the flank, Bellingham is so good at receiving in crowded spaces – and improving all the time – that he is still effective. He can receive under pressure, while he is also increasingly effective with timing his off-the-ball runs to attack crosses and cut-backs with a late run into the box.

Being deployed as a number eight also frees Bellingham to press high up the pitch, and he is almost as good at this side of the game as he is on the ball. He has relentless energy, and will break out from midfield to support the centre-forward when he jumps out to an opposition centre-back. He shows real maturity and intelligence with his pressing, choosing his moments to jump out and pounce on a slightly stray pass but also happy to stay compact in a block. He also reacts quickly to teammates moving out to press by supporting their efforts.

Bellingham is still so young, but he is already so much more than an exciting and talented prospect. He is a world-class player who has performed consistently in the Champions League and now at a World Cup. It does still remain to be seen, however, where his future lies. The incredible thing about Jude Bellingham is that he could probably make a career at the top of the game in three or four different positions. England haven’t had a talent like his in a long, long time.