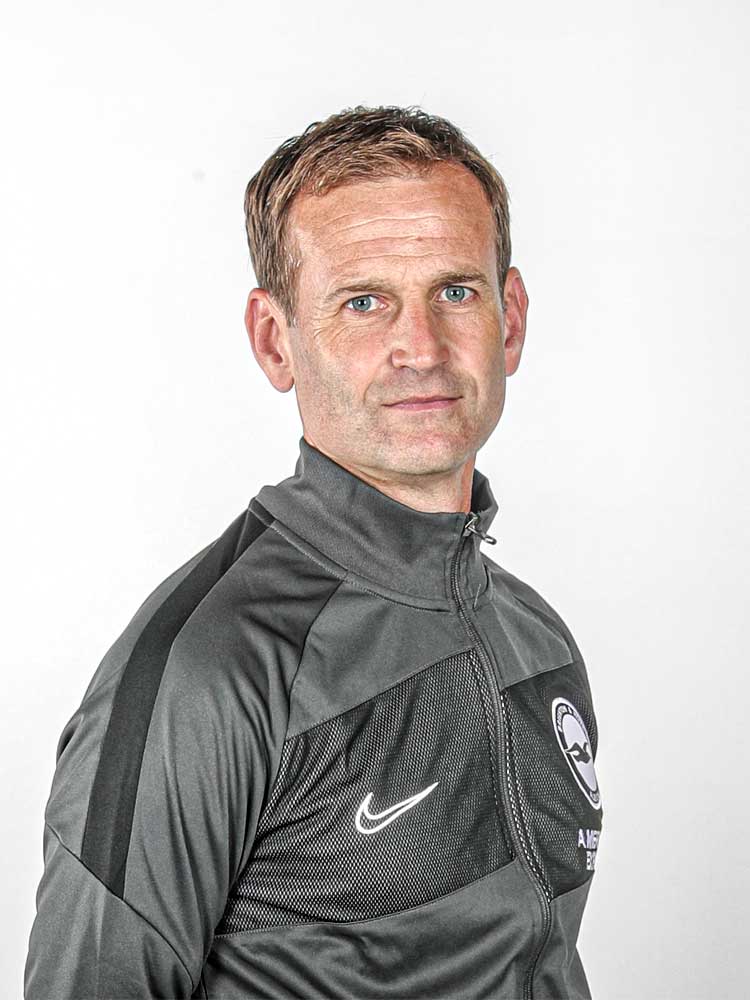 Everything we did was with a view to try and make England believe they could win.

The idea was to create an England DNA; a way of doing things that stretched from how we coach to how we treat players, how we warm up, how we recover, eat and travel. Everything.

The players were given a clear idea of what to expect from us, and we told them exactly what we expected of them. On the field, off the field – we set standards for them.

We wanted the international set-up to be a positive place. I’d joined the FA as Technical Director in 2012, shortly after St George’s Park had been built.

Part of the remit of my job was to bring St George’s Park (below) to life. England hadn’t had a training ground before, so this was a place to bring all of the teams together – the men’s, women’s and youth teams.

We decided to invest more in the youth teams, so we added more teams to the programme. On top of that, we added an Under-15 team and reintroduced teams at Under-18 and Under-20 level. We put a great deal of resource into coaching, the identification of talent, and then the management of talent once they were with us.

It helped that we had some very, very good young players, but even just a bit of structure brought a great deal of success. We became world champions at Under-17s and at Under-20s; European champions at Under-17s twice, and once at Under-19; the Under-21s got to a couple of semi finals and we won the Toulon Tournament three years on the trot.

All that success set us up nicely for the senior team heading to Russia for the 2018 World Cup.

The first thing we did was lower the age of the squad. We were way off the youngest in Brazil in 2014, but we were the second youngest in Russia. It was a really exciting time.

I worked very closely with Gareth Southgate (below) in the lead-up to the World Cup .

We had a great backroom team. Ultimately, decisions lay with Gareth and Steve Holland, his assistant, but I played a proactive role in helping out wherever I could. I tried to provide any information I thought could help Gareth and Steve do the best job possible with the senior team.

Another target that was discussed when forging the England DNA was to unite the game and inspire the nation. International football had been the source of plenty of frustration for the fans over the years, but I think it’s safe to say we succeeded with what we did in Russia.

We didn’t get to experience the euphoria back in England, but we saw videos and spoke to people back home. It was clear everyone was inspired by what we achieved.

It’s still a bit of a regret that we didn’t get over the line, especially after going 1-0 up against Croatia in the semi final. But it was a real privilege to be a part of it, and something I’m very proud of.

The role of a technical director varies from club to club, and from country to country. It has varied over the course of my career, too.

Their chairman, Jeremy Peace, was way ahead of the curve when he decided to appoint a technical director. He was a visionary. I got the job in 2007, before most clubs in England were doing it. It was a lot more common in France and Italy back then, and Jeremy had studied those clubs in detail.

“We believe in giving our players the best possible chance. that means playing them where they are most likely to end up”

To be honest, when he offered me the job, I didn’t really know what it was! But he had a vision for a technical director to oversee and provide the link between the first team, player recruitment, the academy and the medical and sports science teams. I’d done that at an academy level in previous jobs at Peterborough, Cambridge and West Brom. All that this role changed was the level of pressure on me.

Even though there was a long time between me being at West Brom and getting the job at Brighton in 2018 (below), the job is not drastically different. All that’s changed in England is that it is now a more accepted role – the majority of Premier League clubs have a version of the role.

My role is to oversee the football side of the club and connect the different departments. I’m at the centre of the wheel, connecting the seven football ‘bubbles’ at the end of the spokes.

Those seven departments are: Graham Potter, the manager; Hope Powell, the women’s first-team manager; Paul Winstanley, head of recruitment and analysis; David Weir, the loans manager; John Morling, who is academy manager; Adam Brett, who heads up medical and sports science; and James Bell and Cara Lea Moseley, who are in charge of psychology and mental wellbeing.

So, my job is to oversee, manage, support, challenge and link all of those departments, and just make sure that they’re all doing their job to help Brighton achieve their goals.

We have some basic principles and philosophies that we believe are best for player development and the way we want to play – a Brighton DNA, if you like. We then want the academy, recruitment structure, loan planning, medical team – everything – set up with first-team performance and results in mind. If you don’t do that, you’re wasting time, effort and resources.

For example, we value the in-possession qualities of our defenders more than some other clubs might. So, whether we’re buying a player, training a youngster in the academy, finding a coach or loaning a player out, we think about getting the most from our defenders when they have the ball.

That isn’t to say our way of doing things is the right way. It’s not a criticism of anyone else; it’s just something we value and everyone at the club places importance on, so we’re all on the same page.

“WE HAVE TO LOOK AT YOUNGER PLAYERS, OR AREAS THAT ARE LESS FASHIONABLE. WE’RE ALWAYS LOOKING FOR VALUE FOR MONEY”

We have principles of play that filter down from the first team to the youth teams. That doesn’t mean systems at all – Graham (below) has played lots of different systems since becoming manager, and systems change within games, too. We also wouldn’t want our young players to get used to only playing in one formation.

Also, let’s say that the first team plays 4-3-3, but the best two players in the Under-18s are centre-forwards, or the best three are centre-backs. If you’re set on playing 4-3-3, then you get players who are out of position or not playing at all.

We believe in giving our players the best possible chance, and that means playing them in the position where they are most likely to end up. There has to be tactical flexibility at all stages, even if we make sure we stick to two or three core principles.

When it comes to recruitment, we always try and buy for the future. If we can afford a player who is first-team ready – someone like Joel Veltman – then great, we will always do that where possible. Generally speaking, though, we know we can’t compete financially with the top teams, so we have to sign players when they’re not at peak market value.

That means we have to look at younger players, or players from areas that are less fashionable or harder to get to. We’re always looking for value for money.

An ideal signing might be someone who can go straight into the Under-23s and then improve in there. They start off at a lower level of expectation, might go out on loan, and hopefully, in time, make it to the first team.

Of course, we’ve still got to have enough players who are ready and able to start in the Premier League and also win enough points for us to achieve our goals. It’s a balancing act.

We also do some planning for future windows. We think about who might need replacing in a few years’ time, or who might be the subject of a bid we cannot refuse, and then who we could get in as part of a succession plan.

Our academy and our loan system is all set up to help develop players to ultimately be good enough for Graham to pick them.

When I first joined Brighton, we set a really lofty target – to have 30 per cent of first-team minutes accounted for by academy products. That is really, really high and very, very difficult to achieve – particularly in the Premier League.

But we’re an ambitious club, and John Morling and I believed it was possible.

We do a lot of work to create sufficient opportunities for our young players. It’s part of my job to ensure that our first-team squad does not have too many senior players. If it’s too heavy in that sense, then it’s a fault of mine – and I will have to work with Graham to open up some gaps.

We need Graham to be bold with giving young players a chance to thrive, and space and time to survive, and we are very fortunate he does that. So much so, in fact, that we’re not that far off that 30 per cent target.

We’ve got some players who have been with us a while, like Lewis Dunk and Solly March, then other regular starters like Ben White and Rob Sánchez, and then Steven Alzate and Aaron Connolly getting more time.

We are a club that thinks in the long term, and the chairman, Tony Bloom, is very loyal to the long-term plan. Tony wants young players coming through the system, and he’s also well aware that our new signings might need time to develop.

With all of that in mind, we’ve got to support Graham during the times results don’t go so well. If there’s support and understanding from the board, and trust in Graham’s judgement as well as our own philosophy and principles, it makes for a positive atmosphere conducive with success.