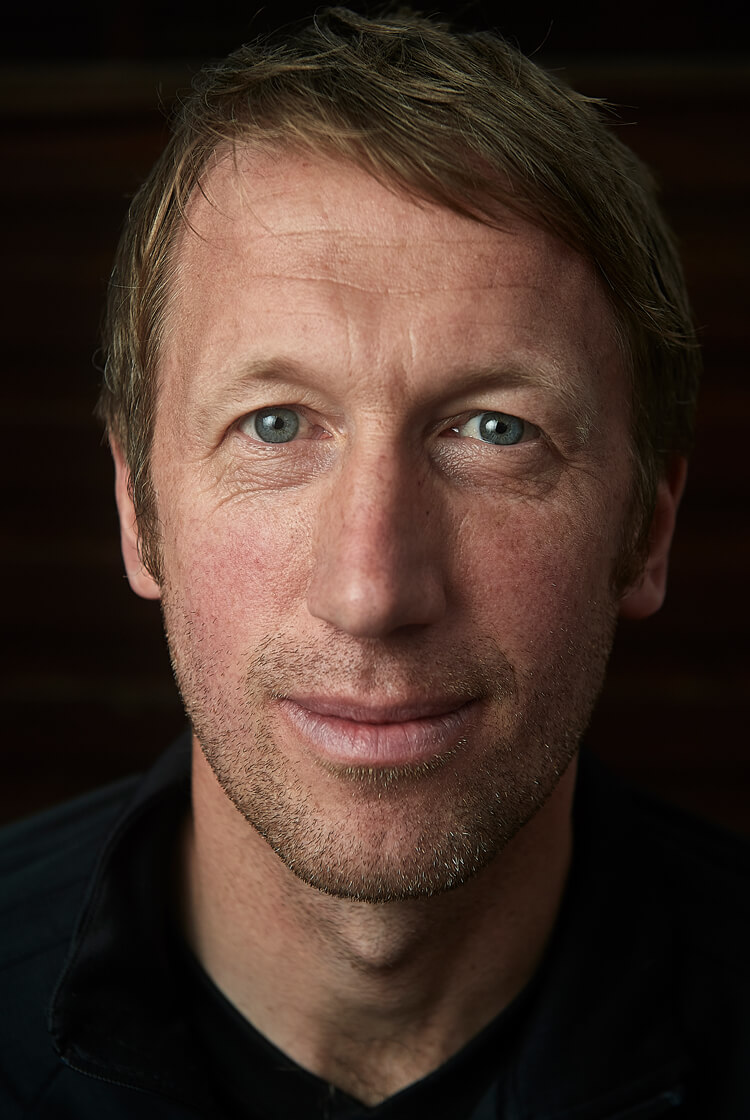 As a player, you get a feeling for when you’ve got a positive dressing room.

One that can overcome setbacks, be resilient and work together effectively under pressure.

It wasn’t until I started to coach that I started to think about and understand how you actually create that. What it is that you need, so that you’re able to create it.

I was fortunate to have the playing career that I had. I managed to get to the Premier League somehow, with Southampton, but most of my career was in the lower leagues – Division Two, League Two, the Conference.

Every year, you’re surviving the thousands of players who are out of contract and end up out of the game. And I never quite shook the feeling that, at some stage, football was going to kick me out too.

I was 30 when I decided to leave before that could happen.

If I’m honest, by then I’d stopped enjoying playing. At the time, that was quite a powerful thing for me to admit – playing football was all I dreamed of as a kid. But I’d reached the stage when I stopped feeling my career was progressing. I realised the Manchester Uniteds and Real Madrids weren’t coming for me.

Any player who has retired will tell you that those first few months of not going into a football club – not having a role, identity or structure in your life – are a challenge.

I was trying to find my own way in the world.

In a way I was fortunate that, financially, I needed another career after football. It meant I had to be proactive.

During my last year of playing, I had started studying for a degree in Social Sciences – so once I finished, I threw myself into that full-time. I also did some voluntary coaching and started my qualifications.

The idea of coaching had grown on me as I’d got older and began to think that I had something to offer back to the game. But as I was going through my qualifications I realised that relying on my playing background wasn’t going to be enough. I needed to trial and error things. Really develop some skills as a coach. Learn how to communicate a message.

So after my degree I started a teaching qualification, worked at a college and did some coaching there. Tried to get as much practice as I could.

"The players are the ones who will make the decisions. It's not me telling them what to do. Football isn't like that"

The coaching development path is so individual. It depends on the person and on the experiences they’ve had. The top players absolutely have the potential to be top coaches because they’ve experienced the game at such a high level. But with my personality and skillsets, I realised that I needed to develop in other areas.

And that had to happen outside of the professional game. In the game, if you make too many mistakes, you can end up losing your job.

In that sort of environment, it’s not so easy to develop and learn.

My first two jobs were in the university sector, where I could combine coaching with a job in football development. It was an important time for me. A lot of the players I coached were lads who had been released from professional football. They were at a good level, so I had to develop a method that made it stimulating for them but at the same time helped them enjoy their football.

Working in that arena also gave me the opportunity to see how Olympic programmes work. How they create their own culture. How they work with and improve the athletes.

Those observations were something that proved invaluable when I got my first job in professional football at Östersunds FK a few years later.

When I arrived, the club had just been relegated to the fourth tier of Swedish football. There was a lot of negativity around. Negative feelings. Negative attitudes.

I thought back to what I’d seen and learned. Thought about what we needed to do to change that negativity. I took the view that, as a coach, my job is to try and help the players improve. Help them to feel a part of something. And, ultimately, to give them some choices out there on the pitch.

Because they’re the ones who will make the decisions. It’s not me telling them what to do – football isn’t like that. Players have to be able to make their own decisions. They have to take responsibility for those decisions. Then you are there to support them.

"If you’ve got an identity and know the type of people that you want to bring to the organisation, then recruitment can be easier"

Once you’ve established that environment, then it’s about okay – how can we help the players improve? What do we need to do on a daily basis? How do we interact with each other?

It comes down to some key things: empathy, building relationships, self-awareness, responsibility. Wherever you are, if you’ve got these things in a team in a strong way, then I think you can be successful.

In my first season at Östersund, we mostly had to focus on improving the group of players we had. We knew that we couldn’t recruit players from the south of Sweden or pretty much anywhere outside of the town, because we couldn’t offer anything to them. No tradition, no history, no culture – and financially we couldn’t compete either.

So we worked with the group and recruited those who saw it as an opportunity. That’s where the likes of Jamie Hopcutt (below) and David Accam came in: young players who hadn’t played much football but bought into what we were trying to do at Östersund. Who saw the opportunity.

Understanding your football club – your values and how you want to play – is key to that process.

If you’ve got an identity, know what you’re looking for and the type of people that you want to bring to the organisation, then from a recruitment perspective it can be easier. I think that should be relevant across all organisations.

I knew the chairman’s ultimate goal was for Östersund to be among the elite of Swedish football and playing in Europe, but when I first went in I couldn’t think about anything other than establishing the environment, establishing the identity and trying to get promotion in the first year.

Because, as much as you can talk about the other things, we are in a results business. You have to adapt quickly to what’s required on the pitch and understand how you can win football matches.

If I’m honest, the moment I realised things were really changing at the club was the final day of my second season.

We’d been promoted in my first year there, but the following season we hadn’t been top of the table at any stage. There was a lot of doubt and a bit of negativity. It wasn’t helped by the fact that David Accam moved to Helsingborg halfway through the season.

He was the first player from overseas who’d had a really positive impact on the community and supporters. They were excited by it. When he left, some of the supporters’ belief went with him. They thought maybe we’d sold our chance of promotion.

We had to try and rebuild the belief again.

On the final day of the season, we took around 600 supporters to Stockholm with us for a game against the team that was in first place. A 1-0 win meant we were top of the table for the first time all season, and promoted for the second season running.

It was a huge moment for the club. It was at that point, I think, that things changed significantly.

In 2016, after three seasons in the second tier, we were promoted to the Allsvenskan for the first time in the club’s history. Part of the chairman’s vision had been realised.

The following year, it was complete.

Winning the first major trophy in the club’s history – the Swedish Cup – was pushing the boundaries of what we could achieve. And it gave us the opportunity to push them even further, as it meant we qualified for European competition for the first time.

It showed me what’s possible when you have a real identity that everybody believes in. A self-confidence in what you’re trying to do.

What happens when you’ve found your way in the world.