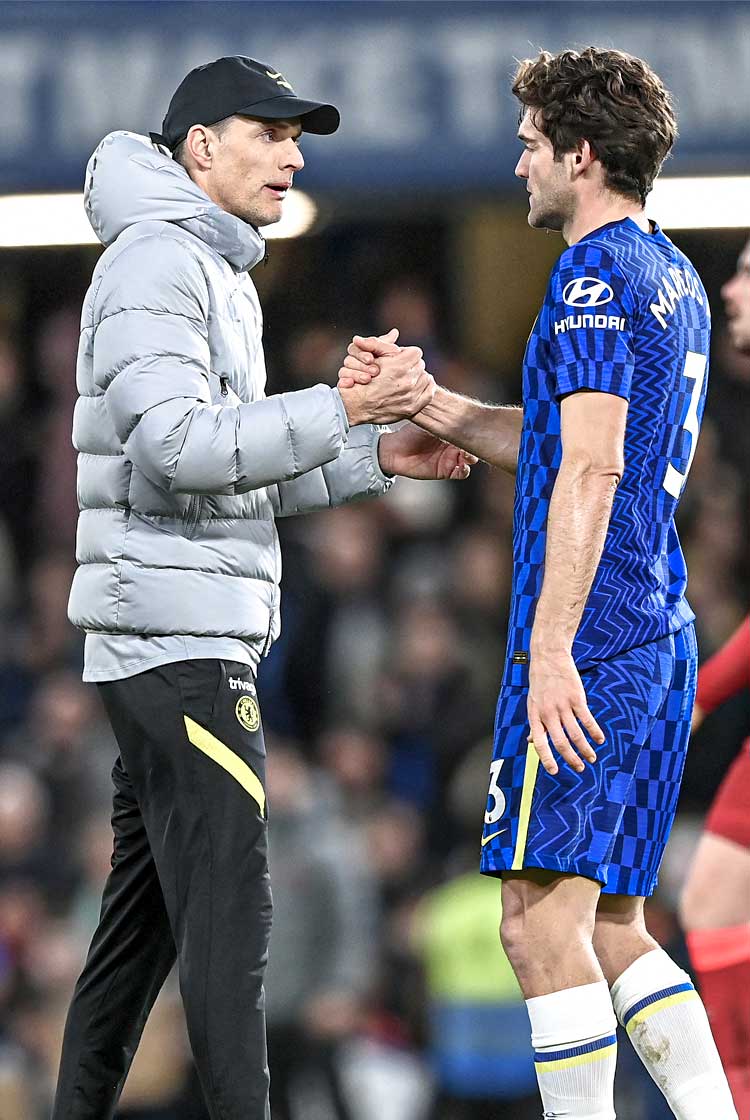 What is a 3-4-3?
The 3-4-3 is a formation that uses three central defenders and, ahead of them, a double pivot in central midfield. Two wing-backs provide attacking width, while a front line of three can line up in several different ways.

It is increasingly common to see a narrow front three, with two number 10s supporting a single centre-forward. This formation is also sometimes referred to as a 3-4-2-1. Alternatively, a flat front three features two inside forwards or wingers playing high and wide, positioned on the same line as the centre-forward. Another option is for the wide players to attack centrally while the striker plays as a false nine. Here, the forward drops into midfield to try and drag the opposing centre-backs out of position.

Where does the 3-4-3 originate?
The W-M formation, first used in the early part of the 20th century, is the first example of a back three being used consistently (more on the W-M formation here). After the W-M, formations evolved to use a back four, and then eventually back lines of five.

The 3-4-3 is thought to have first been used in Italy, where three central defenders in a 3-5-2 was common. The 3-4-3 subsequently became a more offensive version of that shape. Johan Cruyff set his Barcelona team up in a 4-3-3 shape, but often converted this into a 3-4-3 through a centre-back stepping forward into what then became a midfield diamond.

What are the players’ in-possession responsibilities in a 3-4-3?
The front line of three is responsible for creating and finishing chances, particularly when the team is set up with two number 10s close to a single centre-forward. In a front three featuring two wider forwards, there may be a greater emphasis on counter-attacks and creating situations in which the wide attackers are isolated against the opposition full-backs.

The wing-backs have to be agile and fit, because they have to provide the team’s attacking width – often getting forward in an attacking line of five – as well as working back to defend in a five. If they are playing behind a narrow front three, they need to make overlapping runs around the wide number 10 on their side of the pitch, and provide crosses and cut-backs from advanced positions. If they have a wide forward or winger ahead of them, they need to support underneath that player. They will also often make delayed underlapping runs to support the centre-forward and take defenders away from the wide player.

The double pivot are key to progressing play through the thirds, connecting the back three with the wing-backs and front three. They are also important in switching play between the wing-backs, and in feeding penetrative passes into the front three. During counter-attacks, the central-midfield pair will often look to find a wide forward running in behind.

The three centre-backs build play from the back, drive into midfield and play passes into the attackers. The two wider centre-backs may also push forward with runs on the inside of the wing-backs, providing an option to cross from a narrower position. With two players in central midfield, the wider centre-backs often have space to dribble forwards. They are sometimes the players who access the front three.

What are the players’ out-of-possession responsibilities in a 3-4-3?
A 3-4-3 will become a 5-2-3 or 5-4-1 when the team is out of possession. The two wing-backs drop into defence to form a back line of five, and are responsible for blocking crosses when the opposition move the ball out wide. When pressing high, they will jump forward and may even press as high as the opposition full-backs.

The double pivot stay connected to the back line to reduce spaces between the lines, particularly when the wing-backs are out of position and making recovery runs. They may push forward to support a high press. When a team sets up with two number 10s, the double pivot are crucial to providing defensive cover in case the press is beaten.

The front three screen passes into midfield or press high, often with the aim of forcing play into wide areas. If they can lock play by the touchline, they can work together to crowd the opposition out.

Which teams and coaches have used a 3-4-3 well?

Gareth Southgate, England
Southgate has often used a back three with England, with Kyle Walker playing as the right-sided centre-back (below). In this shape, he likes his wing-backs to have good crossing ability. He expects them to push forward into crossing positions, and also combine out wide with the two narrow 10s. Southgate has also used a wider front line, with the wide forwards rotating with the wing-backs.

Antonio Conte, Chelsea
Conte won the Premier League and FA Cup using a 3-4-3 with Diego Costa supported by two inside forwards (below). Chelsea’s attackers would often start wide and then either dribble infield or make penetrating runs off the ball in behind. He often used a combative midfield pairing in N’Golo Kanté and Nemanja Matic, although Cesc Fàbregas provided a more technical option when Conte wanted his team to dominate the ball. Marcos Alonso and Victor Moses provided width and height from wing-back, completing a front five when in possession.

Mauricio Pochettino, Tottenham and Southampton
Pochettino often used an attacking 3-4-3 shape converted from a 4-3-3 starting formation. Pochettino’s single pivot dropped into the back line, splitting the two centre-backs. The full-backs pushed forward as wing-backs, the number eights held their positions and the wingers moved inside to support the centre-forward. Alternatively, one of the number eights pushed forward, with a number 10 or inside forward dropping (below).

Thomas Tuchel, Chelsea
Tuchel employs a 3-4-3 shape in which Chelsea’s wing-backs push forward and rotate with the two number 10s to get into goalscoring positions. Reece James, Marcos Alonso and Ben Chilwell all play a significant role in the final third (below), while the likes of Mason Mount and Hakim Ziyech drop or move wide. Tuchel has sometimes used a winger – such as Callum Hudson-Odoi – in the wing-back positions. This adds a more natural attacking presence to the in-possession front line of five.

What are the benefits of playing with a 3-4-3?
The 3-4-3 provides good balance between attack and defence. It commits five outfield players to attacks, while the other five cover underneath and focus more on defending.

A pair of narrow 10s can help create central overloads against an opposition midfield two or three, and work to counter-press after a loss of possession.

Wide forwards can combine with the wing-backs to create overloads out wide, and help pin opposing full-backs in deep positions. Wing-backs joining the attack creates a wide front line of five that can stretch the opposition defensive line across the pitch. This works to create more space in central areas.

The double pivot and back three provide a strong base against counter-attacks through the centre of the pitch. In a set block, the back line of five and two midfielders provide excellent defensive security, especially in central areas.

What are the disadvantages to playing with a 3-4-3?
Opposition counter-attacks can target wide areas, as the back line of three covers less space across the pitch than a back four. The central midfield pair, meanwhile, can be overloaded following a defensive transition.

As the 3-4-3 often uses two number 10s, there is also a significant physical demand on the wing-backs. In this formation, they need to contribute at both ends of the pitch constantly.