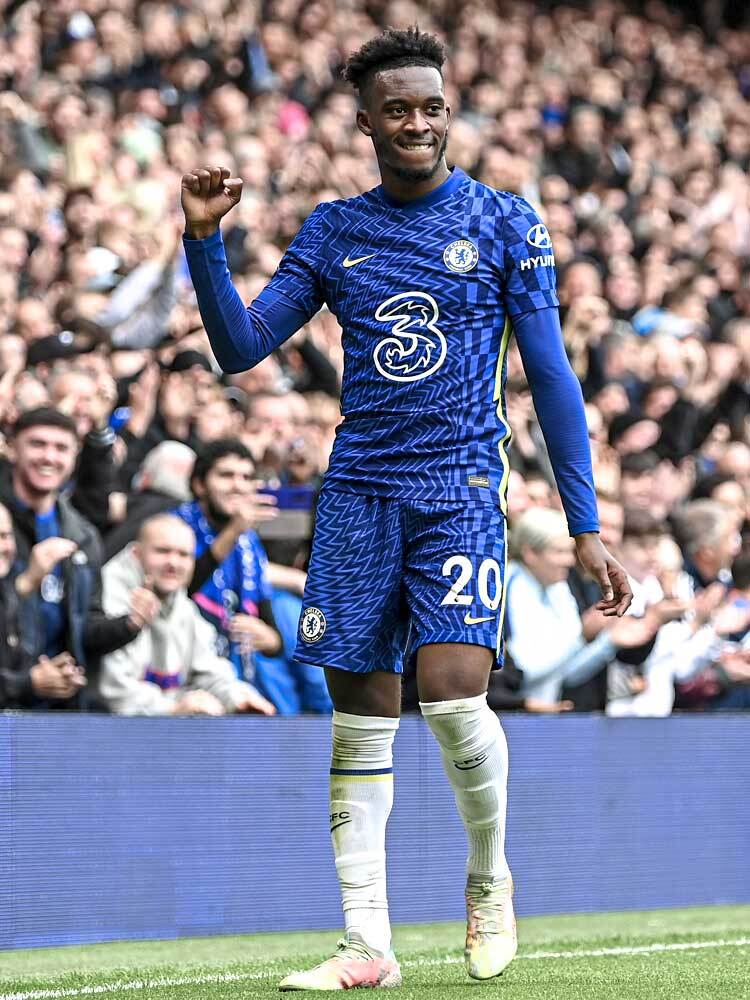 Profile
Callum Hudson-Odoi’s ascent has been relatively slow, given how young he was when he broke into the first-team squad at Chelsea. Having made his first appearance for the club in January 2018, under Antonio Conte, the youngster failed to establish himself both under the Italian and his successor, Maurizio Sarri. There were greater signs of his vast potential, and more chances to show it on a regular basis, under Frank Lampard. However, it was only under Thomas Tuchel in the 2021/22 campaign – when a spate of injuries led to him getting a run of games – that Hudson-Odoi started to show he has what it takes to be a permanent fixture in the starting XI. Doing so at the age of 21 for a team competing for the top honours – while reportedly also attracting interest from Bayern Munich – is testament to his significant ability.

Tuchel believes patience is still needed as Hudson-Odoi continues to develop, though. “He needs to play the next 250 games on the highest level and then that is the turning point [for his career],” said Tuchel. “But is it a turning point if he does a brilliant match tomorrow? No.”

Tactical analysis
Hudson-Odoi is a talented and versatile attacker who can play wide on either flank, as a wide number 10 or, as he has proved under Tuchel at Chelsea, at right wing-back. He stands out most for his excellent dribbling, but his decision-making and the timing of when he releases the ball are also strengths. He often shifts the ball away from a defender before passing or crossing, combining two of his major strengths to good effect.

His ability to do this off either foot makes it difficult for a direct opponent to stop him releasing the ball to his intended target. Moving the ball away from his opponent allows him to create an angle to deliver the ball into the box where there may not have previously been one. This increases his options whenever he gets on the ball.

Hudson-Odoi also boasts explosive speed from a standing position. Given his impressive balance, he can change direction quickly to lose his opponent. He is therefore very useful in one-on-one situations. Opponents often have to commit more than one defender to the ball when Hudson-Odoi is in possession. This immediately creates a free player or overload for his team elsewhere on the pitch (below).

Despite his dribbling ability, he is more likely to use one-two and third-man combinations to beat an opponent. This is a sign of maturity in his game, where other players – particularly those as young and inexperienced as him – might lean more on their dribbling. He is unselfish and does not focus on catching the eye by dribbling past defenders, instead preferring that the team succeeds as a collective. That said, he does have the ability to dribble out of tight spaces and beat an opponent when required.

Hudson-Odoi is a competent finisher with his right foot, at his best when coming off the left and opening his body to finish into the far corner. His shooting from distance is improving, too. He has scored some decent goals from outside the area, requiring little backlift to curl the ball inside the far post. He prioritises accuracy over power, but could do with increasing the power he uses when shooting from distance. Top-quality goalkeepers are often able to get across to stop his shots when they lack pace.

He also needs to improve when one-on-one with a goalkeeper, though given his preference to come looking for the ball to feet, he does not make many runs in behind the opposition. If he added these movements and better finishing, he would become a more effective and dangerous inside forward. He could also improve his finishing with his left foot. Doing so would make him a greater goal threat when playing on the right, as he could cut in to shoot more often.

Role at Chelsea
Hudson-Odoi has played in several different positions in Tuchel’s favoured 3-4-2-1 at Chelsea. He is usually deployed as the left-sided of the two number 10s behind the lone forward, but he has also played as the right-sided number 10 and at right wing-back. He is most comfortable as the left-sided 10, from where he can come infield to threaten with his right foot.

It is not Hudson-Odoi's game to hug the touchline on the left and hold the team’s width, so he enjoys the shape Tuchel uses. The presence of a left wing-back, in Ben Chilwell or Marcos Alonso, means Chelsea still have lots of width when Hudson-Odoi moves centrally. He likes coming to look for the ball to feet, so the left-sided number 10 position suits him well.

The two number 10s in Tuchel’s shape are crucial to the team getting the ball into space between the lines, and Hudson-Odoi is happy to receive in those gaps. When central, he demands the ball is played in to his feet as he moves away from his closest marker to receive on the half-turn (above).

He also rotates effectively with the left wing-back to ensure they can both find space. Hudson-Odoi will move away from the centre to create a gap for Chilwell or Alonso to make an underlapping run on his inside. After receiving, he will then dribble diagonally towards goal. The wing-back will run across Hudson-Odoi, towards the corner flag, and take an opponent with them. He can use that movement to work an angle to shoot, or combine with a teammate in the centre of the pitch (above).

After he pulls wide, he sometimes attempts crosses from near the touchline. He has proven capable of finding the run of a striker with an accurate cross (below).

Hudson-Odoi is less comfortable at wing-back, but it is another sign of his impressive maturity that a player so young and attack-minded has been able to play there when Tuchel asks him to – and he has done so in some big games. He works hard to get back into position to form Chelsea's out-of-possession back five, and his ability on the ball means he can carry play forward at pace following a turnover. As an alternative to Reece James, he is less effective at crossing from the right as he is from the left. He remains a decent back-up, though, and provides something different there to the more defensively minded César Azpilicueta.

Hudson-Odoi has been around for long enough that it is now time for him prove he can perform consistently at the top level. He has the ability to do so, and he is very close to becoming a leading Premier League attacker. If he can fine-tune his game under Tuchel's guidance, he could be set for a long and successful career at the top.