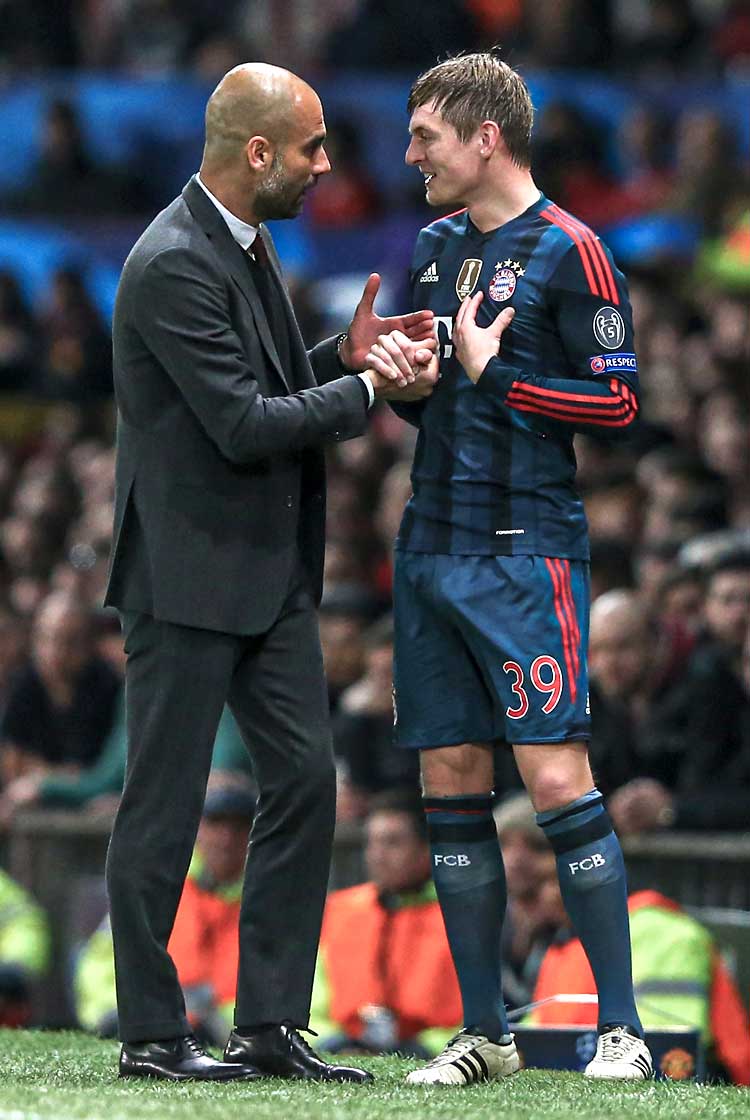 What is the W-M formation?
The W-M is a formation that was first used in the early 20th century. The classic version was made up of four lines or units, with a back line of three behind two half-backs. A pair of inside forwards then supported a front three, making up a 3-2-2-3 shape.

The idea for the W-M formation emerged after the Football Association changed the offside law. The amendment dictated that only two defenders were required to play an opponent onside, as opposed to the three previously. This meant it was easier for attackers to remain onside, so teams committed more players forward to attack. The W-M formation added another defender to try and counteract these added numbers in attack.

The change to a W-M formation also helped teams deal with the three narrow attackers in the 2-3-5 shape. This ‘pyramid’ formation had been the standard formation in the early 20th century.

How is the W-M formation used in modern football?
Teams no longer line up in a traditional W-M shape, but many will switch to a modern version of the W-M when in possession. This is most common from the 3-4-3 formation, when the two wing-backs push high and the two number 10s drop off, away from the striker and into midfield.

A W-M can also be formed from a 4-3-3 structure, once the back four has converted into a three. Here, one of the full-backs moves into midfield to form a double pivot. The two number eights then push forward to support the front three, creating a 3-2-2-3 shape.

The main reason teams in the modern game use a W-M is to establish a structure that can provide adequate cover and protection against counter-attacks without any drop in the quality of attacking build-up play, positioning and possession.

Which teams and managers have used a W-M?

Herbert Chapman, Arsenal
Although not necessarily the inventor of the W-M, Herbert Chapman (above) and his Arsenal side of the 1930s are widely considered to have been the most effective at using the early version of the system. Placing the centre-half from the 2-3-5 between the two full-backs created a back three, with the two half-backs then narrowing ahead of them. The inside forward pair withdrew slightly, supporting a front three. The team was particularly effective on the counter and had plenty of success under Chapman. They lifted the FA Cup in 1930, before going on to win the First Division in both 1930/31 and 1932/33.

Pep Guardiola, Manchester City and Bayern Munich
With Bayern, Phillip Lahm moved infield from the full-back position, creating a double pivot and leaving a back three in defence. At City, João Cancelo and Oleksandr Zinchenko are used similarly.

At Bayern, Guardiola sometimes pushed both full-backs into pivot roles. The single pivot in his 4-3-3 – usually Toni Kroos – then dropped into the back line to split the centre-backs and form a three (above).

At City, Guardiola has also used a traditional midfielder – usually Fernandinho – at centre-back in a back four, with the Brazilian moving out of defence to become a second pivot during build-up (below). Both full-backs then stay in the back line to form a three.

Thomas Tuchel, Chelsea
Tuchel’s starting 3-4-3 shape is often changed into a W-M structure in possession, as wing-backs – picked from Reece James, César Azpilicueta, Marcos Alonso and Ben Chilwell – push very high, often as far as or even ahead of the centre-forward. Mason Mount, Hakim Ziyech and Kai Havertz have operated as the inside forwards ahead of the double pivot (below). Unlike Guardiola’s teams, no rotations are needed to form the three-man back line of the W-M, with the three centre-backs simply remaining in place.

Roberto Martínez, Belgium
Martínez used a similar 3-4-3 structure to Tuchel at the 2018 World Cup and Euro 2020, with two narrow number 10s – usually selected from Eden Hazard, Kevin De Bruyne and Dries Mertens – supporting Romelu Lukaku. The two 10s often start higher to support Lukaku after a pass is made into him, and also then run beyond him. The wing-backs drop back towards the ball, slightly adapting the structure of the front line in the W-M shape.

What are the benefits of playing with a W-M?
The modern version of the W-M helps overload two or three central midfielders, with a four-player box formed in the middle of the pitch. Further forward, the front line of three can pin back a back four. This creates a free player, and so the potential for overloads elsewhere on the pitch.

From a 4-3-3 or a 3-4-3, few movements are required during build-up to convert into a W-M structure. This means little change is needed during defensive transitions. The W-M also provides cover in central areas and protection against counter-attacks, without really hindering the attacking structure.

What are the disadvantages to playing with a W-M?
The W-M system requires a number of players to play different roles in and out of possession, often on different lines or in different areas of the pitch. As a result, it demands extremely versatile players.

Multiple passes are often required to establish full control of possession to allow teammates time to reposition. If these passes fail, the team may be vulnerable to counter-attacks.

The shape also leaves the wider areas vulnerable to counter-attacks before converting back into the original defensive shape.

How does a W-M formation differ when in and out of possession?
The idea for the modern W-M in possession is to create triangles and diamonds between teammates, which in turn forges diagonal passing lines to progress play up the pitch. The highest and widest players – the wingers or wing-backs – aim to stretch the pitch as much as possible, and either receive in space or pull the opposition defence apart to create space centrally for others to receive.

In the modern game, it is common for teams to attack with five players across the width of the pitch. The W-M provides the perfect foundations for that, as the wide forwards and wing-backs push high to join the centre-forward.

Pushing this many players forward also means teams are in a good position to counter-press if possession is lost. The attacking midfielders can join in to crowd central spaces at defensive transitions, while the front three often press aggressively.

Out of possession, teams no longer use the W-M shape like they used to. Instead, they convert into a back four or five through defenders making recovery runs.