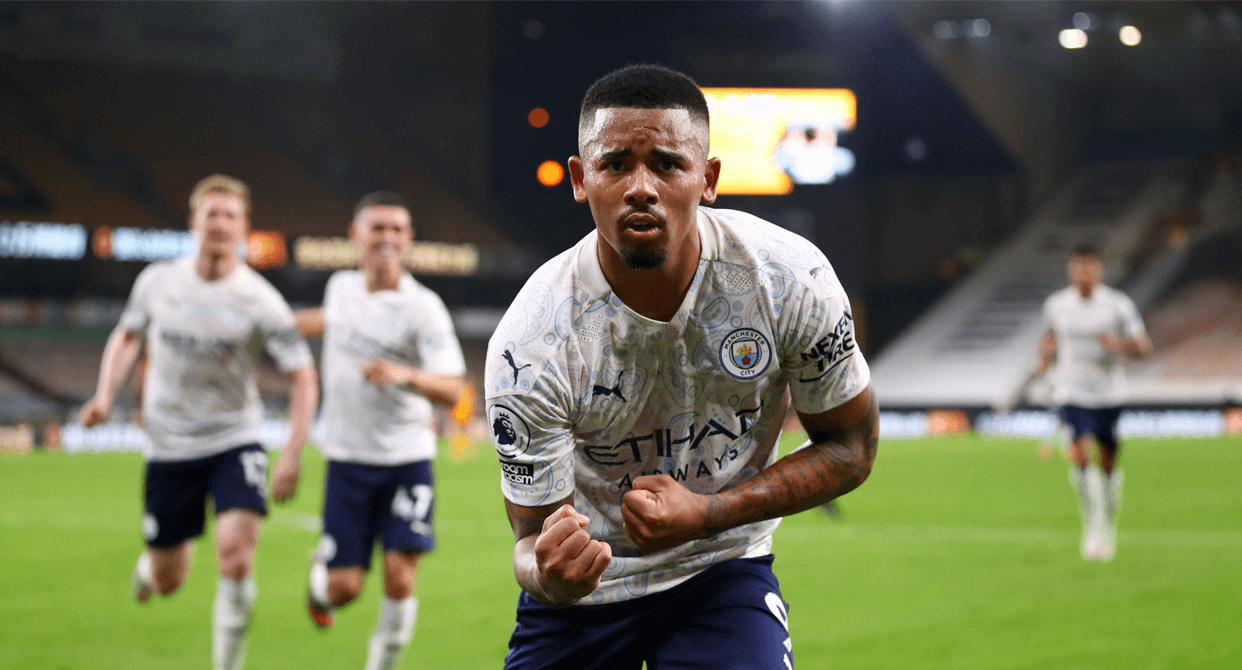 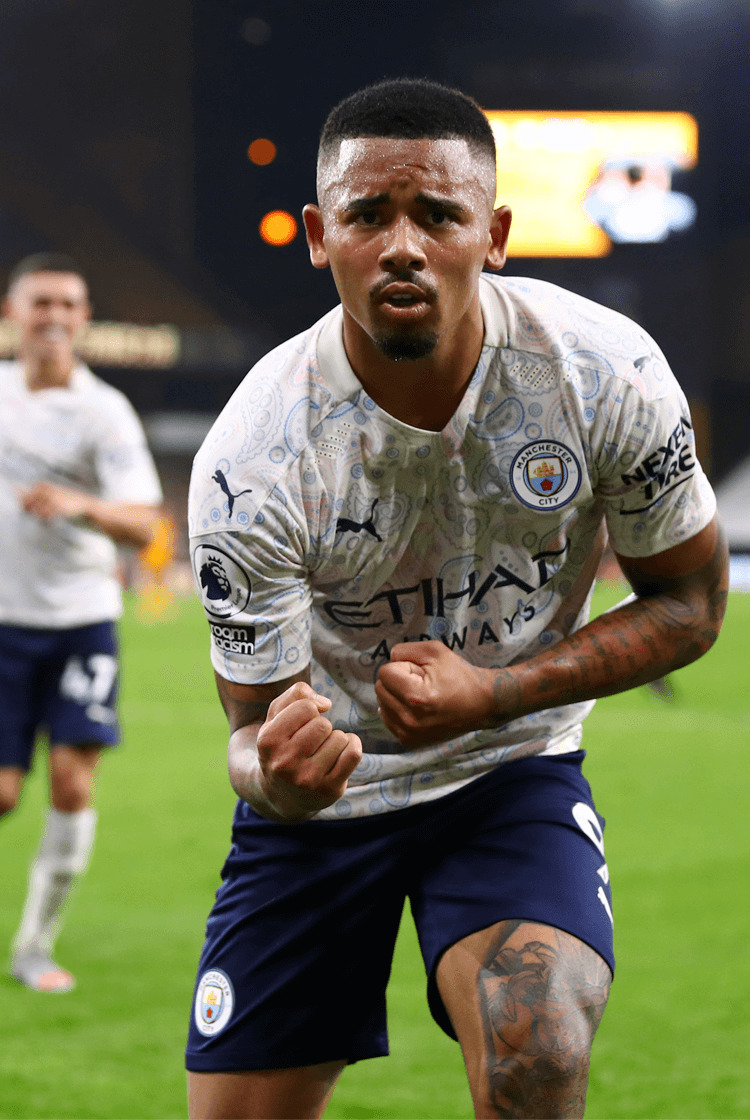 Manchester City began their pursuit of the Premier League title with a convincing victory at Wolves that perhaps revealed how they will approach the post-David Silva era. An uncharacteristic lack of consistency, and their defensive vulnerability, undermined their 2019/20, but John Stones showed promise alongside the recently recruited Nathan Aké in central defence, and in front of them Fernandinho and Rodri were paired at the base of midfield in a more defensively aware structure that featured Kevin De Bruyne as their number 10. Their manager Pep Guardiola was rewarded with a particularly convincing first-half performance that brought two goals, via De Bruyne – from the penalty spot – and Phil Foden. Gabriel Jesus restored their two-goal advantage deep into second-half stoppage time after Raúl Jiménez's sixth headed goal since the start of 2019/20 gave him more than any rival. "We changed and tried to adapt," said Wolves manager Nuno Espírito Santo. "We blocked City's possession through the middle. We were able to press and recover the ball. We had a lot of things to change and work out. Too bad we didn't finish with a different end to the game." 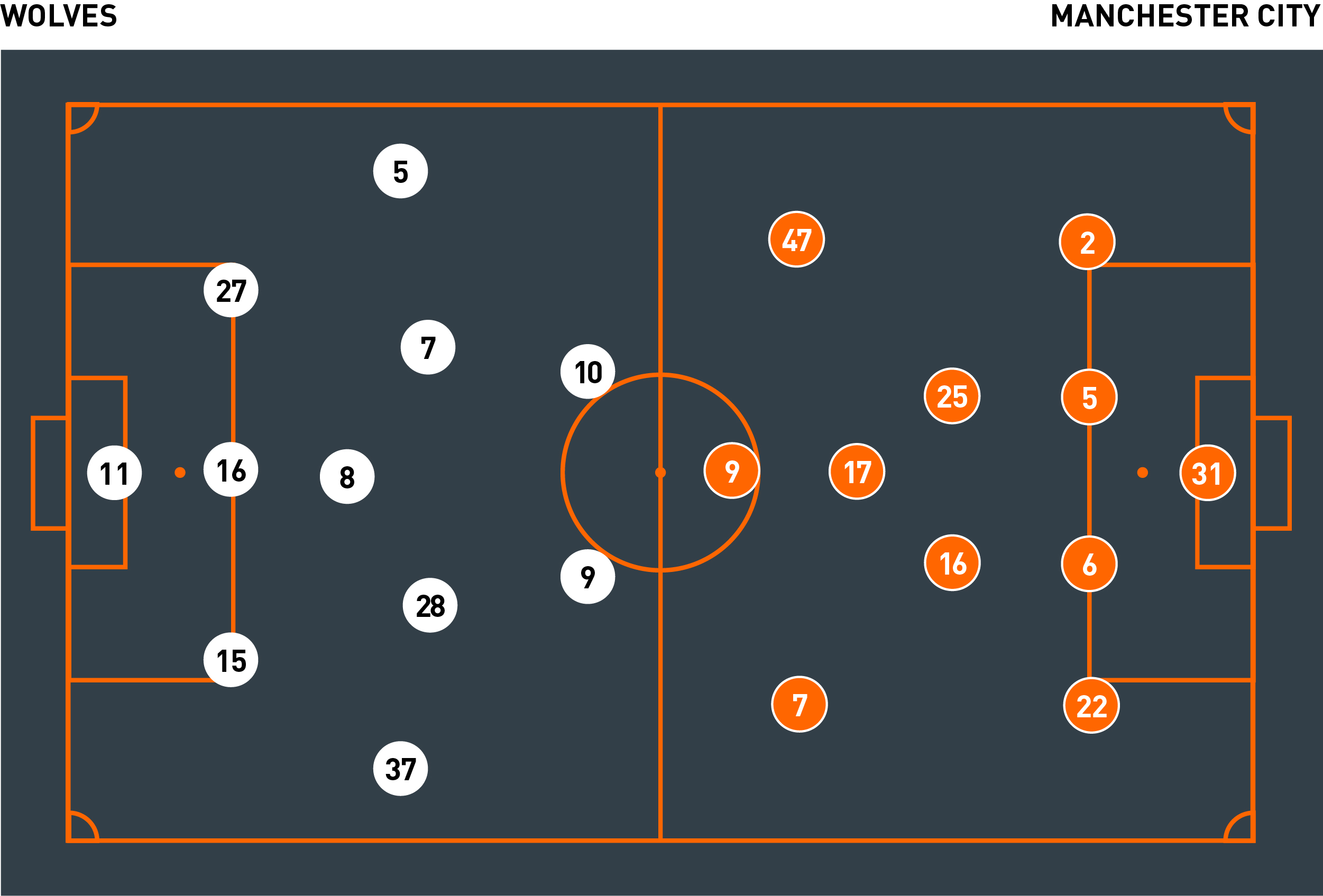 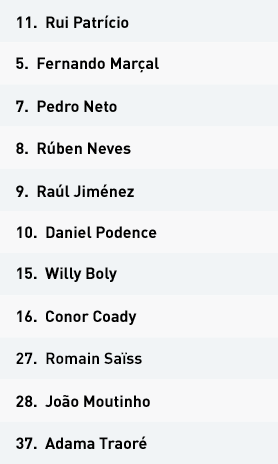 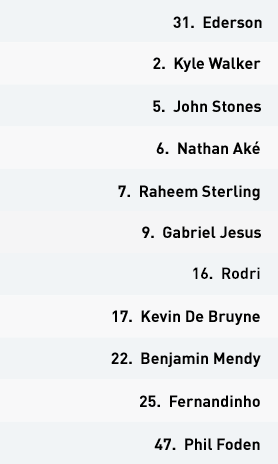 Nuno Espírito Santo set Wolves up in a 3-5-2 formation led by Daniel Podence and Raúl Jiménez. Their visitors, Manchester City, adopted a 4-2-3-1 when they were without possession.

Wolves struggled throughout the first half, during which they were confronted with an aggressive press. City sought to guide possession wide, where the relevant full-back would press Wolves' wing-back and then a man-oriented approach was adopted that left only the far-side opposing wing-back free, so that an overload was retained in defence.  They also positioned players at angles intended to encourage passes – perhaps Raheem Sterling and Kevin De Bruyne facing inwards at an angle that created a passing lane between them; either would then attempt to intercept the pass, or a defensive midfielder would advance to attempt to win possession – leading to numerous turnovers in Wolves' half.

That those traps were often laid in half-spaces led to transitional opportunities for City during the first half. The success that came from their high press also forced Wolves to play an increased number of direct passes, which Rodri, operating in deep territory, largely defended against. With Pedro Neto advancing from central midfield and Adama Traoré and Fernando Marçal advancing from wing-back, they had five points of attack across the pitch, but they struggled to progress beyond City's defence.


It was when they were 2-0 down during the second half that Wolves started to test their visitors. They threatened most towards the right, where they sought to progress behind Benjamin Mendy. Traoré's qualities, when attacking one-on-one, contributed to the creation of crossing opportunities and their increased attacking potential, overall.

They also began to string passes together and to use combinations to finally advance behind City's defence, but were then wasteful in front of goal. They adopted what resembled a 3-4-3 as they attempted to push for a draw, so City reorganised into a 4-4-2 and used a mid-block, reducing the spaces Wolves sought. City regardless retained a high level of intensity when they were without the ball, both when applying a man-oriented counter-press or making recovery runs. Phil Foden, particularly, impressed at both.

Manchester City were organised by their manager Pep Guardiola into a 4-2-3-1 formation in which Rodri and Fernandinho featured at the base of their midfield. They encountered hosts defending with a 5-3-2.

They dominated possession and were tasked with breaking down opponents operating with a compact mid-block and whose front two and midfield three shared responsibility for the double pivot City were using, so City quickly adapted by Rodri or Fernandinho adopting either false central defensive or false full-back positions to create a three-on-two. The overload that then existed encouraged Kyle Walker and Benjamin Mendy to advance from full-back, which in turn invited Phil Foden to drift infield to play from a central attacking midfield position, and Kevin De Bruyne and Raheem Sterling to advance and play as second strikers.

Their structure gave City both six individual points of attack and security against counters. They also demonstrated intelligence when building possession, which they circulated across their back three to stretch Wolves' front two before advancing in the relevant half-space or drawing one of Wolves' wider central midfielders out of position. When the latter occurred, whichever of Rodri or Fernandinho was spare would provide a passing angle to eliminate that midfielder, and Foden or De Bruyne would move into the space the midfielder had just vacated.


That approach made City capable of advancing beyond the first two lines of Wolves' defensive block, at which point they then sought to play passes into the runs of Sterling and Gabriel Jesus in behind Wolves' defence. Their front four remaining close together encouraged combinations and subtle movements away from their opponents, creating a small amount of space for the ball to be played into.

Sterling typically took one or two steps from his opponent, to be positioned in line with his shoulder; if his opponent moved with him, space would have been created for Jesus to attack into or combine with Sterling from, or even for Sterling to run across his opponent. If that defender held his ground, then the gap Sterling would have created was often enough for a pass to be played through.

Guardiola's team were almost entirely in control during the first half. During the second the frequency and quality of their movemenents and grasp of possession declined, which contributed to Wolves exerting an increased influence.