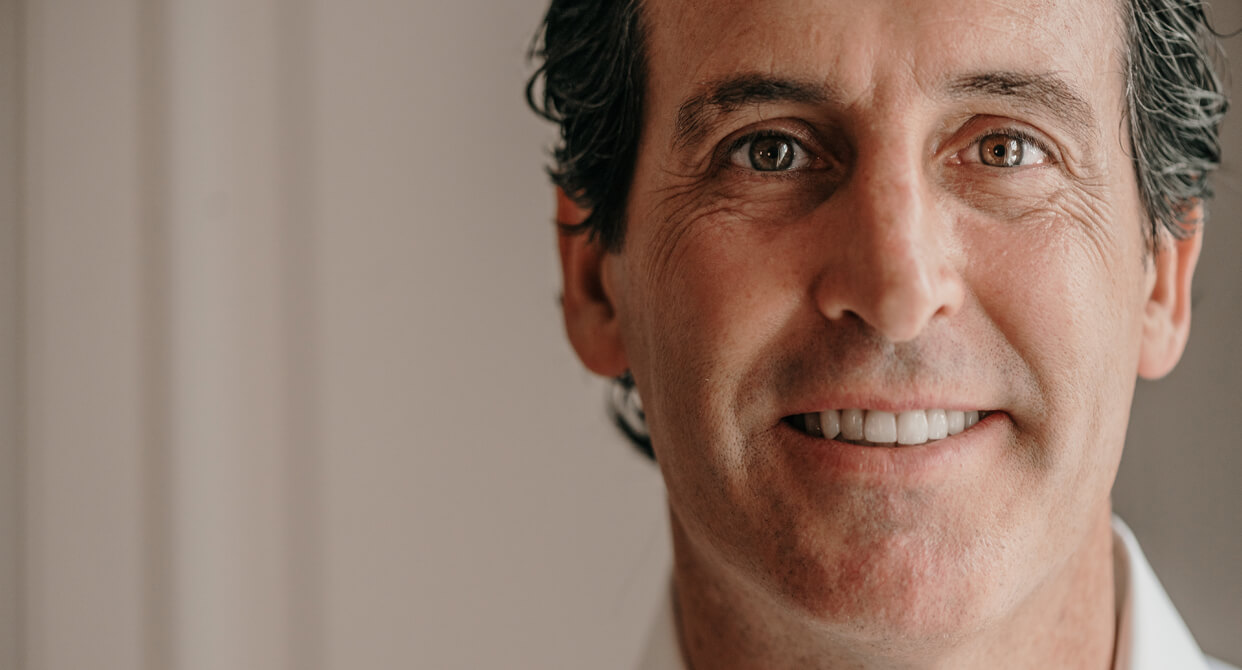 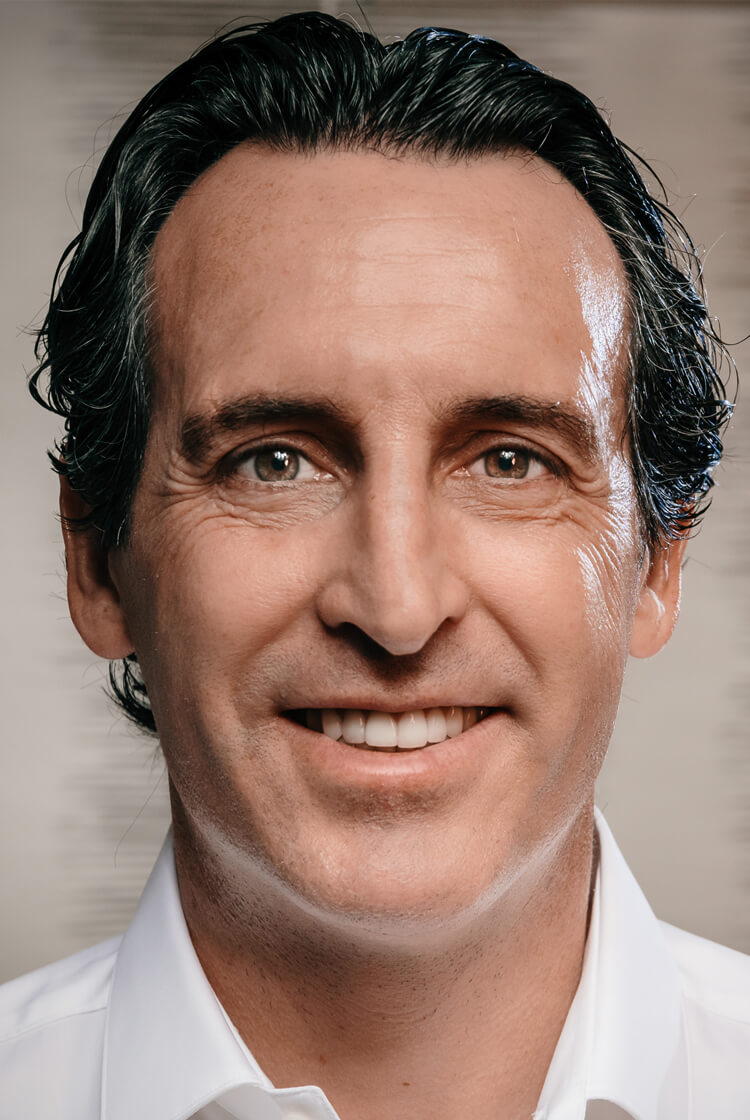 “You would like to win the Champions League, wouldn’t you?”

It was September 2014, and I was attending the UEFA Elite Coaches Forum in Nyon, Switzerland (below). The man asking me the question was Sir Alex Ferguson.

I had been invited to Nyon to talk about the Europa League, which a few months earlier I had won for the first time with Sevilla.

My relationship with the competition had started when it was still called the UEFA Cup, in the 2008/09 season. I was coach of Valencia when I had my first opportunity to be a contender, but we went out to Dynamo Kyiv in the last 16.

It was from then that the process to turn the competition into the Europa League started. First, by allowing teams from smaller leagues to take part – I think the right decision by UEFA – and then, from the 2015/16 season, by presenting the champions with not only a European trophy, but also entry into the following season’s Champions League.

I went on to win three Europa Leagues with Sevilla, but the first was especially good given the circumstances we went through to get there. It all started in January 2013, when I was first appointed as the club’s head coach.

There was a big gap in the table, between where we were and the teams placed to qualify for the Europa League. We couldn’t make that gap up by the end of the season, but financial fair play rules meant that two teams that finished ahead of us – Málaga and Rayo Vallecano – were prevented from taking up their places. We finished ninth in the table, but we qualified. Maybe we had got there by chance, but despite the circumstances we felt we were ready to play in the competition.

“We overcame all kinds of adversity, some of them hard to believe”

We entered the qualifiers for the group stages in early August – right at the height of summer in Seville, we had to play football! First against OFK Titograd, from Montenegro, and then the Polish club Slask Wroclaw. Two qualifiers in the middle of pre-season, with a lot of player changes, but we managed to beat both convincingly.

In every tournament you win, there are moments you always remember – and there is a special one for me from the group stages. We were playing away at Estoril. Some 4,000 of our fans (below) had travelled to watch the game – quite remarkable, given that it was the first fixture in the group stage.

That’s when I understood how important this competition was for the Sevilla fans. After winning it twice under Juande Ramos, in 2006 and 2007, the fans were excited about being back in the competition from day one.

We enjoyed the journey of the competition a lot, although we had to endure great difficulties along the way. Difficulties that you have to be ready for. We overcame all kinds of adversity during the knockout stages, some of them hard to believe.

Losing 2-0 to Real Betis in the first leg of the last 16 was tough, because it happened against our local rivals at home, in the Sánchez Pizjuán stadium. After a score like that, everybody thinks you’re out of the competition – especially at European level, where it is harder to come back from behind playing away. But the squad’s mentality was that we had a chance at their stadium, the Benito Villamarín.

It all depended on playing a good match and hitting them at the right time. When José Antonio Reyes (below) scored the first goal, we were back in the tie. From then on it was a different scenario, because everybody knew that just one more goal would draw us level – and a third would get us through, even if they scored.

Carlos Bacca scored 15 minutes before the final whistle, but we didn’t manage to get the third. So the game went to extra time, and then to penalties.

There are always a lot of different circumstances when it comes to penalties – and in this case even more than usual, as we were playing the Seville derby in European competition. But one circumstance was decisive for us: we had Beto in goal, a keeper who thrives on these situations. He was key to us going through in such a difficult match.

Our quarter-final opponents were Porto, and it started to go our way in the dressing room at the Dragão. We had lost the first leg 1-0, but as the match finished the team pulled together. “It will be different at home. There, with our fans, we will turn the tie around.”

What happened in the second leg was remarkable. We were 3-0 up after half an hour, and won the game 4-1. We played an excellent match on every level.

In the semi finals we had to play another team from Spain – my old club, Valencia. It was a very tough tie, against another side experienced in playing European finals. For them, it was obviously a great opportunity to win the Europa League.

We won the first leg 2-0 at home and the aim, of course, was not to let them score in the second leg. But they showed how strong they were at their own stadium, the Mestalla, and went 3-0 up with 20 minutes to go.

“In knockout football, the line between success and failure is very tight”

I think they felt they were through. It hadn’t been easy for us to get into their box. We had only had one chance – for Reyes, in the first half.

But we knew we needed one goal to qualify – and a single goal can be scored at any time, even if things are not turning out the way you expected. A set-piece, some individual brilliance, a corner kick, or a throw-in – and that’s how it happened.

We brought on players who were good in the air, and in the fourth minute of added time Federico Fazio flicked on for Stéphane Mbia to score the goal that took us through to the final on away goals.

Often, in the knockout stages of a competition, there are situations where the line between success and failure is very tight. On this occasion, Sevilla were on the right side of that line.

In the final, we faced Benfica and their coach Jorge Jesús (above). This was a club with a lot of history, that was used to winning trophies and putting in great performances at European level.

We felt that they thought they were favourites – and maybe it was that feeling that allowed us to play the game we knew we were best at. It was a very even game, with opportunities for both teams. But after 120 minutes it ended goalless. Penalties once again.

“I think I experience everything in life really intensely”

It was the same situation we went through against Betis. And, again, we had Beto – he had started out at Sporting in Portugal, so he was no fan of our opponents in the final.

So he was extra motivated, and he had good information from our goalkeeping coach, Javier García, about the Benfica penalty-takers. All of this made Beto feel stronger, and he stopped two out of four penalty kicks. We were impeccable: Bacca, Mbia, Coke and Kevin Gameiro all scored. We were champions.

As a person, I think I experience everything in life really intensely. I am very dedicated. Right from the moment you start training a new team, you perform and you move forward day after day – sometimes without pausing to ever consider what has just happened.

Suddenly, there I was, on the pitch at the Juventus Stadium, with the trophy.

At that moment, you wonder: “What was the best bit?”

That’s when you realise that the best part is not what you are experiencing at that very moment. It is not the last thing that happened. The best part is what you have been through, day after day, to make it there. The good times, the tough times, your relationship with the players, with the fans, game after game. That’s the special part.

“No one wanted it more than us, and we wanted to project this outside the dressing room”

The next season, it is true to say that we didn’t go through the extreme situations as we had for that first Europa League win. But, in retaining our title, we played against some great opposition.

In the first round of the knockout stages we played Borussia Mönchengladbach, one of the favourites to win the competition. Then it was Villareal, another Spanish opponent, in the last 16; in the quarter finals we faced Zenit Saint Petersburg, and Fiorentina in the semis. This was the tie in which we felt most confident, together with that against Villarreal – in both cases, we managed to win both legs.

Unlike in the 2014 final, this time around we were the favourites. People may not have known much about Dnipro, but we had seen what they had done in beating Napoli in the semi finals. The Italian team were favourites by far to make it to the final, but they were taken by surprise by the Ukrainians.

We had been warned.

“We have to respect them in order to beat them,” I told my players. “We have to acknowledge they are a very good team with good players, and be ready to hold them back.”

We could not allow the surprise of playing against a team that was not very well known to exceed what we demanded of ourselves. And we didn’t.

It was a tough match, and we were behind after only seven minutes. But all the experience of the previous season’s campaign was useful when it came to facing up to a situation like this. And, above all, we had a motto that we had kept telling ourselves throughout the tournament. “No one can want this Europa League more than we do.”

“To play against Liverpool, a team with great experience in Europe, was incredible”

That’s why we didn’t feel disappointed at all when we returned to the tournament for the third year in a row, after being knocked out of the group phase of the Champions League in 2015/16. We had finished third in a group behind Manchester City and Juventus.

“This competition has brought us great joy, and we have to go for it. Most importantly, we must be competitive.”

That was the key message to the group as we looked to reactivate our European quest – and it worked, as we reached a third consecutive final.

This time, we were paired up with a very special opponent: Liverpool. Just like us, they needed a win to be able to compete in the next season’s Champions League. They hadn’t been able to qualify through the Premier League.

All competitions are important, and so are all rivals. But obviously, to play against Liverpool, a team with great experience at European level, and so much silverware, was incredible.

“The competition has given me a lot, and now I am reunited with it once more”

They started very strong and made us suffer a lot during the first half – in particular when scoring shortly before half-time, through Daniel Sturridge.

But the Europa League was our competition. Nobody wanted to win it more than us – and in the second half we turned it round. We were champions for the third time.

As I pointed out to Sir Alex Ferguson during our meeting in Switzerland, I would obviously like to win the Champions League. All managers dream about winning it at least once.

But the Europa League is also a place where a lot of teams, a lot of players and a lot of coaches can achieve great things. I have experienced the flip side of the coin, losing the 2019 final with Arsenal against Chelsea – but I have been fortunate to win three back-to-back titles with Sevilla.

The competition has given me a lot – and now, with Villareal, I am reunited with it once more.