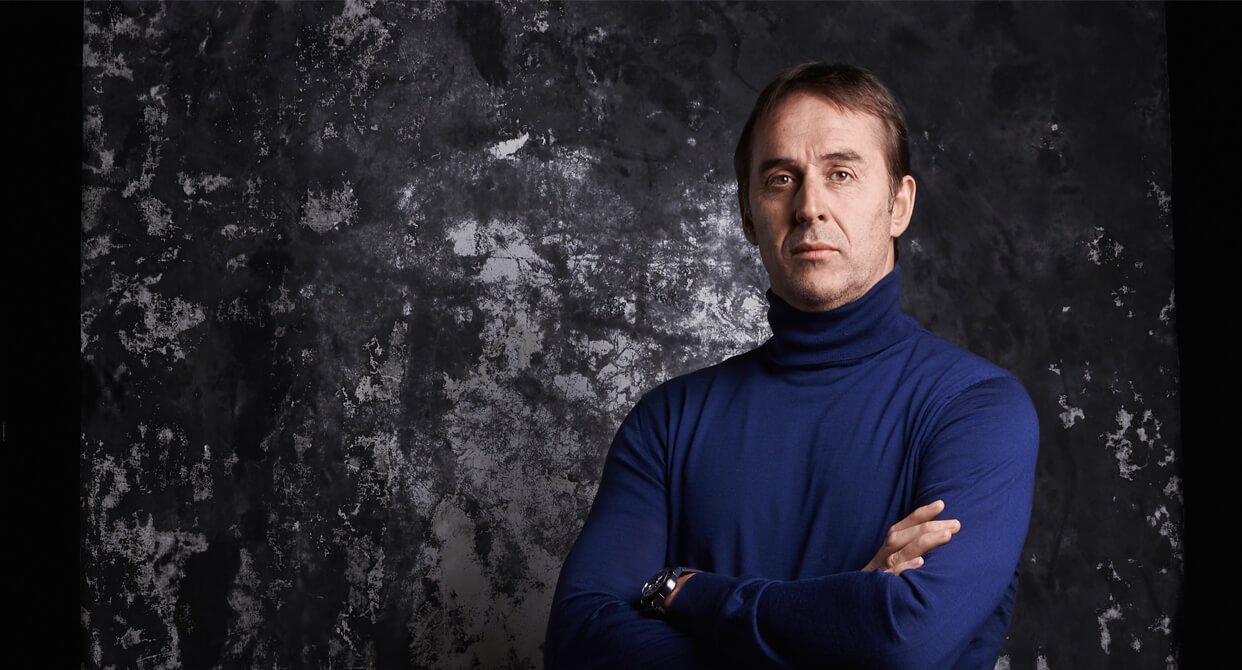 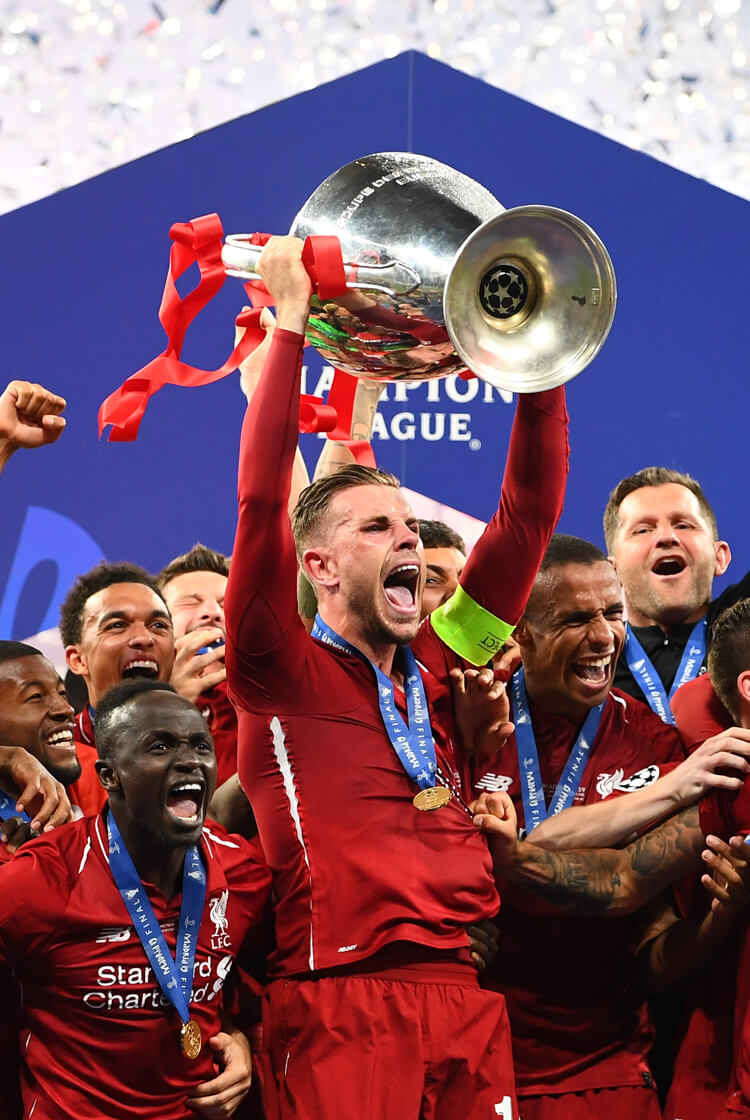 In the world of elite sport, nothing is easy.

You don’t get to choose the timing of when things happen.

My staff and I were close to leaving for England when the phone call came in the summer of 2016. It was from Angel Villar, who was then president of the Spanish Federation. He convinced me to lead the project for Spain at the 2018 World Cup.

The timing was interesting. We were coming in on the back of several tournaments where things hadn’t worked out. Our style was being questioned publicly. But I believed that the team still had a strong future and, for me, it was clear what we had to do with our style of play.

I believe the style you choose as a manager is definitive.

Also, that systems in football aren’t so important any more. Of course, systems are good, but often there can be too much emphasis on diagrams. Two teams with the same system can be diametrically opposed by the style of play you choose.

The style is set with the selection of each individual player and the intention of the team at any given time. It’s not about what you do in a particular match. Sometimes playing on the counter-attack is right. Sometimes it isn’t.

Above all, I want my team to have a defined character, my players to have clear concepts of ways to play to look for the best solutions during a match. That’s what I’ve tried to achieve in all the teams I’ve been with – to communicate with and convince a player that he can help us get closer to the objective.

For that, it’s essential that you have a player’s commitment and understanding of the game itself.

"In hindsight, I probably wasn’t as well prepared for it as I thought I was. But I had motivation and passion in spades"

This is where another factor comes in – that of managing. The moment you cross the line and you become a coach, you have to manage the dressing room. It’s the starting point for every manager.

Regardless of the context of the teams, all dressing rooms have similarities – a group of professional players who are young, talented and successful, and you have to get all of them to work to a common idea and a series of rules.

My first experience of this came when I started as a manager at Rayo Vallecano, where I had finished my career as a player (below) just months before. It was a strange situation to suddenly be leading and managing friends, a lot of whom had been my teammates so recently.

It was a powerful experience – one that I learned a lot from in a short space of time. Probably, in hindsight, I wasn’t as well prepared for it as I thought I was. But what I did have in spades was motivation and passion.

It was a few years later, in 2006, that the opportunity first came up to work for Real Madrid. But not as a coach – as international chief scout for the club.

You might ask why I went from being a manager to that new role.

Ultimately, there are a lot of different viewpoints in football, and I think it’s important to try them all as they come up. For example, I also contributed at one time by working in the media.

All these experiences give you a wealth of knowledge to then develop in your main job, as a manager.

In this spell at Real Madrid, my staff and I built up an interesting database of players, together with a spectacular team of people.

"It was a project about which I was passionate. I became totally immersed in it"

But as I always say, a leopard never changes its spots. After a couple of years what I wanted was to be a manager. So, I went back to being on the bench as manager for Castilla – the Real Madrid second team.

After that season, the Spanish Federation got in contact with me to manage the Under-19 and Under-20 teams. It seemed like a great opportunity to me. A time when I’d be able to develop a lot of things with a little bit more calm than in the world of daily competition.

It allowed me to really get to know the youth academies. The Spanish youth set-up, of course, but also others in the rest of the world. I could also see different ways of working and different philosophies of the game.

It was very rewarding. I was also lucky to lead some fantastic and very successful groups of players, with great victories at different European championships.

It was my final step before starting as a manager of professional teams.

I’d had several proposals to start working in Spain, but then came the opportunity to go to Porto – one of the biggest clubs in the history of Portugal, with huge expectation in every competition they play.

It was a project about which I was passionate. I became totally immersed in it.

We had a first year that, I think, was superb in all aspects. We got to the quarter finals of the Champions League, and had a real chance of making the semi finals – that is, until the return leg against Pep Guardiola’s Bayern Munich.

It was a season where the players increased their value a lot. A sales record was reached in the history of the club, with the transfer of 11 players. It was a really productive year, and a very good experience for developing our idea.

The following year, after changing almost the whole starting 11, we were top until we lost against Sporting. It was our first defeat of the season in the Portuguese League, but the club decided to change the manager.

"When we left Real Madrid, we genuinely felt that there was still time to achieve everything"

That summer, I got the phone call from Villar. It was the start of a two-year journey with the Spanish national team in which we played against the best teams in the world without losing. We achieved qualification for the World Cup in brilliant fashion against a team with the pedigree of Italy.

I think the team was totally ready for the World Cup in Russia. Obviously, you don’t know what might happen in the competition itself, but we had hopes and dreams – and the players felt that.

It was a spell where we had the commitment of all the players.

As was the case when we were at Real Madrid, where I think we had a very good start. In fact, we had played some outstanding matches. But during games in which we were clearly superior to our opponents, we were unlucky in front of goal. We missed a lot of chances.

Every team faces situations like this at one time or another. Usually, during an entire season, the work you do balances out these sorts of scenarios.

When we left Real Madrid, we genuinely felt that there was still time to achieve everything and, most importantly, that there was total commitment from the players to develop something we all believed would achieve a better performance from a group that still had a lot to give.

Maybe there was a lack of time to consolidate an idea, but time is something that is scarce in the world of managers.

Away from the job, that means time with your family, too. That’s why, these last few months, I’ve had time to stop for a bit. Fortunately, my family have always been understanding. They understand my profession and everything it implies. But, after five years non-stop, I needed that time with them.

I’ve also used this time not being on the bench as a springboard to come back. Managers need to be curious and pay attention all the time and you do that by watching a lot of football – which, ultimately, is what all managers like.

When you’re a player, you’re not aware of how tough the coaches’ world is – how different the river looks from the opposite bank. Nor how fascinating it is either. It’s infinite. You’re always learning and educating yourself.

But all of us, regardless of the philosophy you adopt, are united by the same objective – to win.

Julen Lopetegui spoke to The Coaches' Voice in April 2019