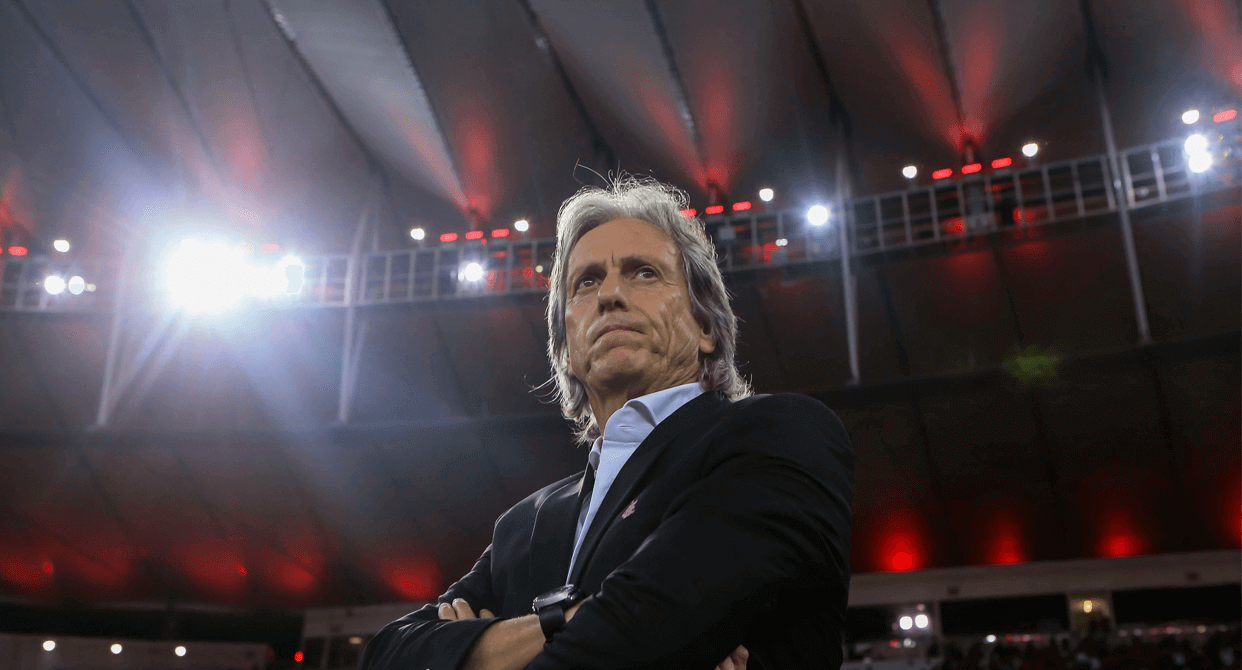 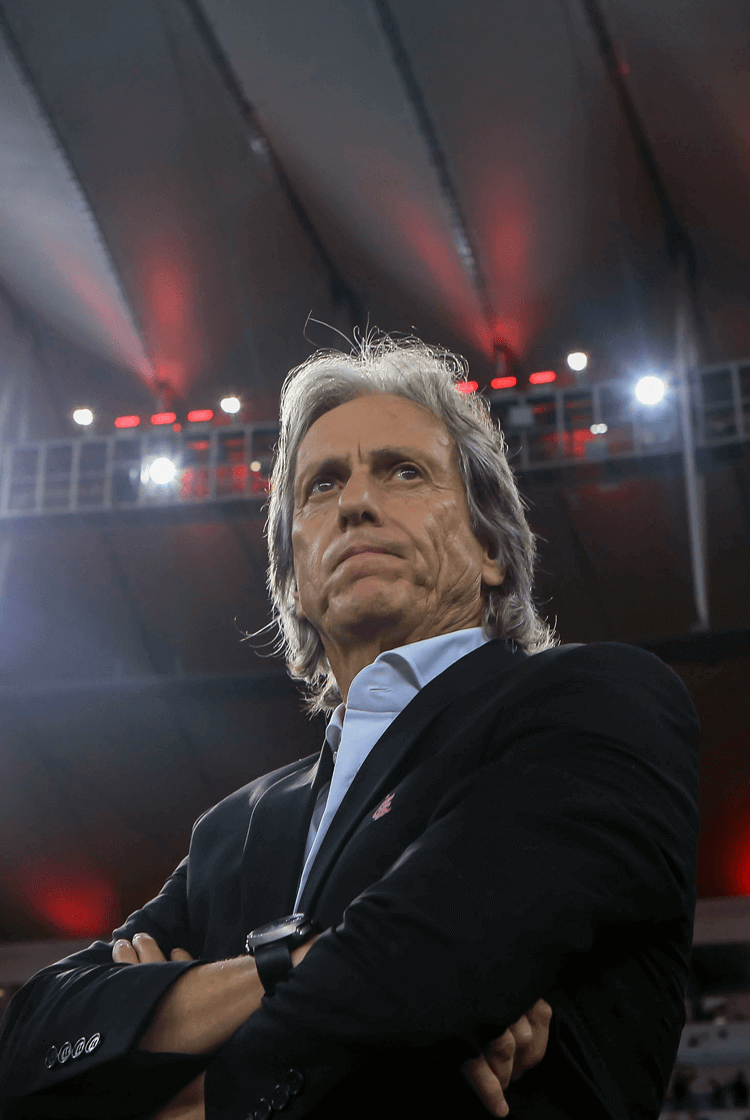 Profile
Jorge Jesús had been Flamengo's manager for only six months when in November 2019 he led them to a first Copa Libertadores in 38 years – and only their second such title, after the great Zico inspired their first in 1981. He had also been only the club's second Portuguese manager, following Cândido de Oliveira in 1950, and become a cult figure in Brazil, where locals affectionately knew him as Mister.

Yet for all of his success it was at Benfica – where he oversaw their first successive titles in 31 years amid a wider total of 10 trophies in just six years – where he truly built his reputation, and where aged 65 he returned at the conclusion of 2019/20. Jesús had also become the first manager to move directly from Benfica to their rivals Sporting Lisbon in 2015, before managing Saudi Arabia's Ah-Hilal prior to his arrival at Flamengo. His departure to Sporting, it seems, has been forgiven. “It’s not enough just to win a match; you also have to entertain,” Jesús once said. Recognised for the intensity of his training sessions, he will be expected to add to the three Primeira Ligas he has already led them to.

Playing style
Jesús has long acknowledged the extent to which the late, great Johan Cruyff influenced him. He demands a clear identity, with an intense, attacking game built on a collective approach, and which attempts to create overloads when his team is attacking. He typically favours a 4-4-2 or four-diamond-two formation, but continues to experiment with a 4-2-3-1; in each system his goalkeeper adopts an advanced position in a team that builds possession from the back and attempts to maintain possession by using changes of pace and switches of play, which contribute to the numbers he demands in the final third.

In his first reign at Benfica, Óscar Cardozo and then Jonas were particularly influential in the final third. Both relished the support they were offered in the final third (below); the wingers outside of Benfica's front two consistently attacked infield to narrow positions to deliver crosses, from in front of the two central midfielders who withdrew into a position to cover against defensive transitions.

Even though their full-backs therefore regularly had space to attack into, they didn't necessarily do so because their responsibility was often to help those central midfielders to defend. In combination with those wingers, Benfica's attackers withdrew away from the opposing defence and into spaces from where they often rotated with those wingers in a fluid front four.

That same 4-4-2 was initially used at Sporting, until Jesús started to instead favour a 4-2-3-1 led by the imposing Bas Dost, in turn eventually supported by a fine number 10 in Bruno Fernandes. That attack offered fewer rotations, but similar attacking positions existed to those seen at Benfica, and behind the direct target Dost represented. Increasingly, the wide attackers in that 4-2-3-1 attacked infield and behind the opposing central defenders or through the inside channels.

Dost also remained advanced, often drawing those defenders and creating spaces for those behind him to pursue. Before their 4-2-3-1, in a similar approach to Benfica's, Islam Slimani partnered Teófilo Gutiérrez, who withdrew into a deeper position to rotate with wingers Gelson Martins and Bryan Ruiz.

Al-Hilal were also organised into a 4-2-3-1, 4-4-2 or four-diamond-two under Jesús, and encouraged to play to the strengths of Bafétimbi Gomis. Each system offered numbers in central areas around their leading striker, but a variation that existed was that their full-backs were encouraged to regularly advance, to stretch opponents who otherwise would have been free to prioritise those in central areas. In his most recent position before his return to Benfica, at Flamengo, full-backs Rafinha and Filipe Luís were similarly encouraged to attack (above), and did so in the knowledge that the dynamic Willian Arão would offer defensive protection from central midfield.

Pressing and defending
The extent to which Benfica were accustomed to both having a significant portion of possession and using it to attack meant that they also prioritised defending with a compact mid-block if they couldn't make immediate regains upon conceding that possession. Their full-backs operated in line with their central midfielders to contribute to doing so, and opposing attacks were often delayed in the middle third. It was when they were required to defend from deeper territory that they appeared more vulnerable; with those full-backs instead in their defensive line, Benfica's central midfielders could be exposed because of a lack of support from their wingers, and ultimately beaten.

Sporting were less open because of their different shape and the fact that it featured a double pivot – two of William Carvalho, João Mário and Adrien Silva – at the base of midfield. It was if play was progressed around the pressure his team were attempting to apply that they could be advanced beyond, even if they had significant numbers protecting the centre of the pitch; accurate passes away from their central defenders and perhaps applying pressure to their full-backs (above) or cut-backs had the potential to trouble them. Their central defenders Sebastián Coates, Jérémy Mathieu, and Naldo were proven in a compact unit, but too often lacked the pace to match some of the attackers they encountered, encouraging opponents to build around the first line of Sporting's pressure, and to gradually target the spaces behind the midfield Sporting offered numbers in.

That Al-Hilal's full-backs had greater freedom meant them being less resistant to defensive transitions when they were organised into a four-diamond-two; a flat 4-4-2, and the increased protection it offered in midfield, gave them greater resilience. Even there they retained a narrow midfield that meant that teams with width often proved capable of attacking Al-Hilal's full-backs, as also often occurred in Portugal.

During defensive phases Flamengo were encouraged to make quick transitions. They pressed with intensity, and often in advanced positions, depending on the demands of the relevant match. Similarly consistent was their compact defensive structure (above), mid-block, desire to mark man-for-man, and their quick recoveries into their defensive shape. They were regardless less consistent in their attempts to pressure opponents into turnovers when they were defending against counter-attacks, owing to their struggles to limit spaces in those circumstances.