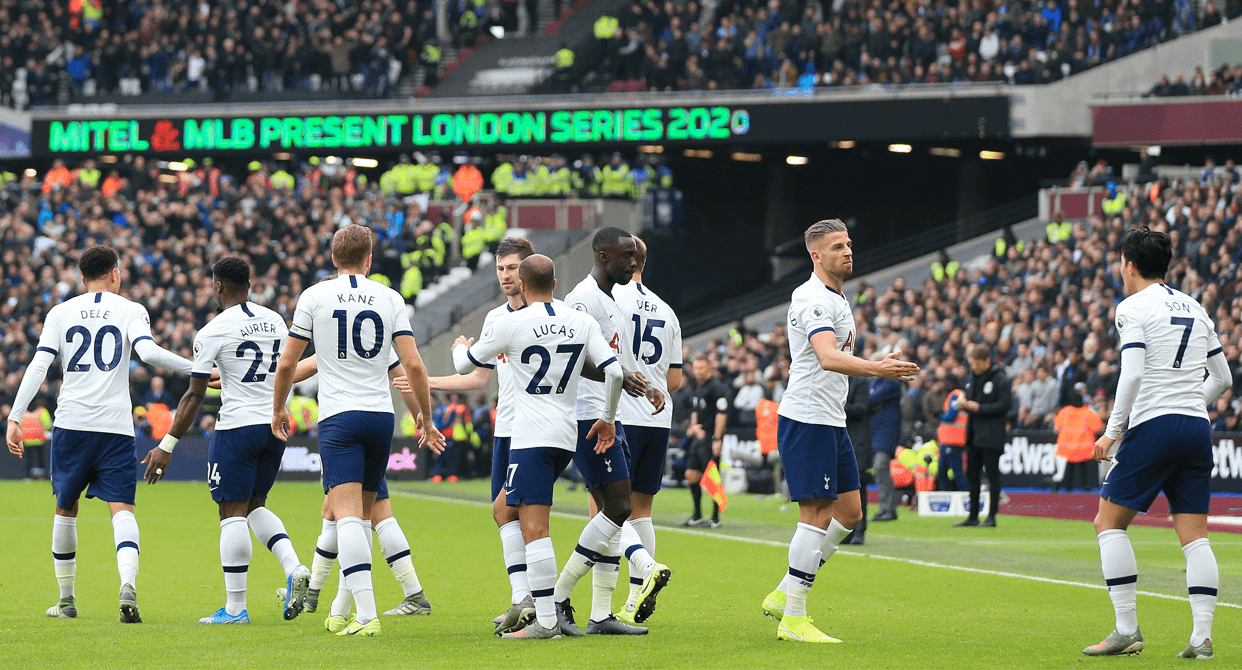 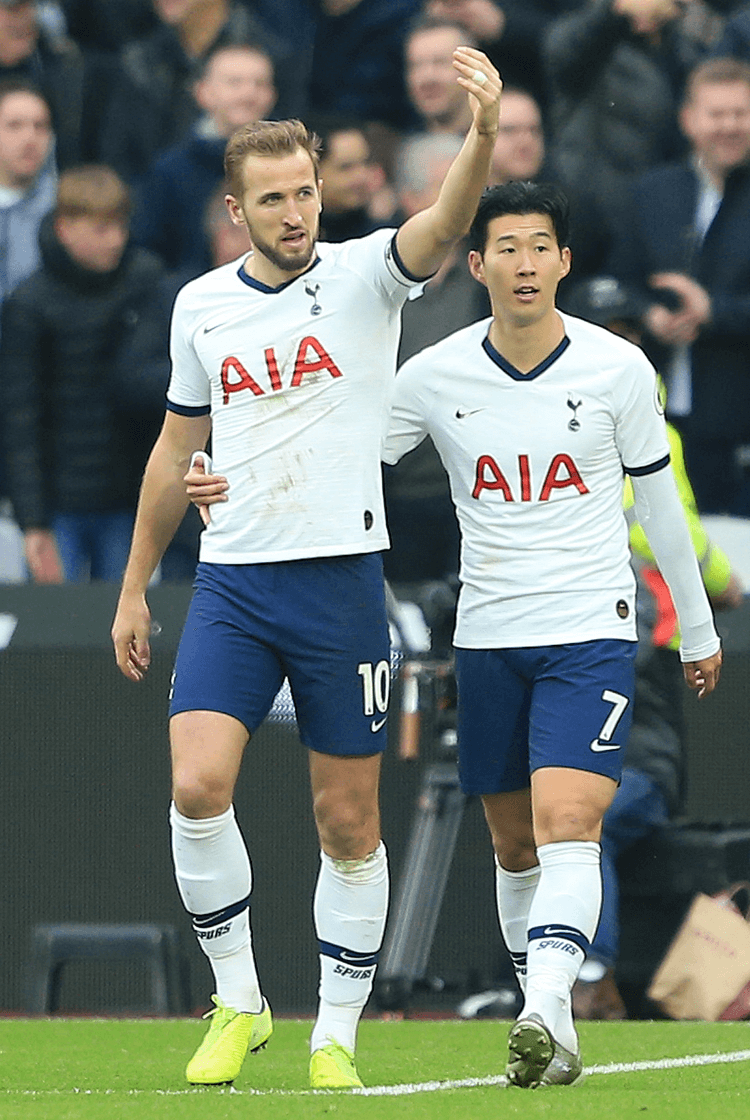 José Mourinho made a winning start to his reign as Tottenham manager when they eased past struggling West Ham. There is little question he has accepted a significant challenge in attempting to succeed the widely-admired Mauricio Pochettino, who had transformed Spurs into true contenders, but the Portuguese's influence could already be seen in his team selection and their approach. If they were on course to miss out on qualification for next season's Champions League, their improved performance suggested he remains capable of inspiring them back into the top four – and potentially to more. Son Heung-min scored Spurs' first goal under Mourinho, and Lucas Moura and Harry Kane added the others before later finishes from Michail Antonio and Angelo Ogbonna ultimately flattered Manuel Pellegrini's struggling team. 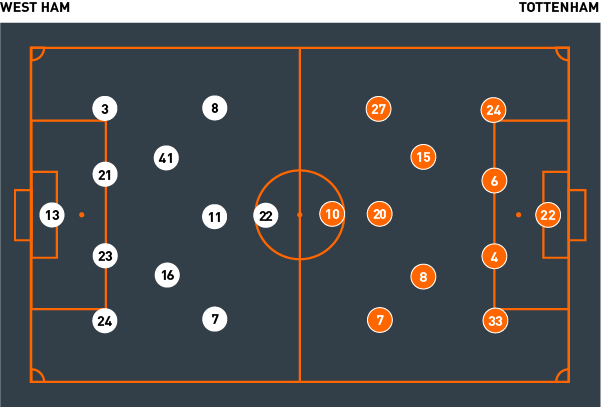 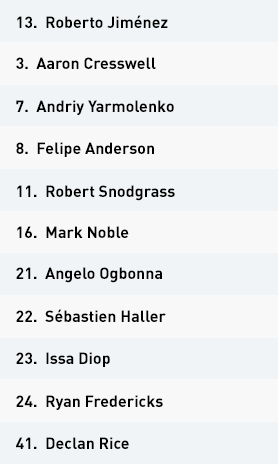 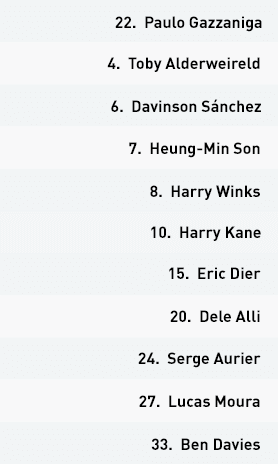 West Ham's under-pressure manager Manuel Pellegrini organised his team into a 4-2-3-1 formation, led by lone striker Sébastien Haller. They hosted opponents who rotated between a 4-2-3-1 and a 4-4-2 that involved Dele Alli advancing from his role as their number 10 to feature as a striker alongside Harry Kane, who led their press.

They ultimately struggled to exert themselves until they were already 3-0 down. Their approach had been to directly target Haller and then to compete for second balls, but the defensive awareness provided by Eric Dier and Harry Winks from within Spurs' double pivot provided sufficient protection against that, and anything that travelled further was covered by their defence. Spurs possessing such strength in central areas contributed to West Ham targeting those out wide, before again attempted to deliver to Haller, but their visitors' organisation meant that those crosses too rarely reached the striker unchallenged, or with the time and space that would have allowed him to thrive.

The improvement in Spurs' discipline, while out of possession, so far seen under Jose Mourinho since he succeeded Mauricio Pochettino is significant. Dier and Winks particularly – they were rarely separated by more than 10 yards when Pellegrini's team had possession in a central area, which therefore prevented them from advancing. If it travelled wide, the near-side central midfielder would engage the relevant opponent with the assistance of a wide attacker, covering the full-back who would press.


Spurs therefore consistently had multiple numbers defending and remaining compact, ensuring that their hosts struggled to create, until their opening goal, even if that partly owed to their lack of inspiration and ideas. Michail Antonio's arrival for the second half gave them an individual willing to run from behind their attack, and therefore meant that their defensive efforts became less stretched, as they instead operated in closer to a 4-2-4 when they had possession.

They regardless still struggled to break Spurs down. Their full-backs increasingly attempted to contribute to attacks, and Mourinho reorganised his team into a 4-4-2 that involved Lucas Moura and Son Heung-min withdrawing into midfield. They also played at a reduced tempo, operated in a mid-block, and encouraged the hosts' central defenders to have possession, giving them greater stability out wide, and challenging West Ham to overcome their defensive block.

José Mourinho gave Tottenham a new look in his first match in charge. His team was organised into a 4-2-3-1 built on the double pivot provided by Eric Dier and Harry Winks and, unusually for Spurs, with three direct players in Dele Alli, Lucas Moura and Son Heung-min behind Harry Kane.

Their opponents had intended to use a 4-2-3-1 and 4-4-2 when they were attempting to defend, but too often played with a lop-sided 4-3-3, through Felipe Anderson withdrawing to alongside Mark Noble and Declan Rice. They were partly forced to reorganise by Mourinho using one full-back – more commonly Ben Davies – alongside their two central defenders while the other full-back advanced, to provide a reliable foundation with which to defend during transitions.

Where under Mauricio Pochettino they had increasingly received possession with their backs to goal and offered insufficient movement in the final third, their front four was attempting to stretch West Ham's defence; one of the four would move to between the lines to receive, and then either combine with a teammate, or turn and advance. They therefore created numerous chances. Kane's movement also improved; in addition to withdrawing to receive, he made runs behind the ball-side central defender to receive penetrative passes.

The fluidity and movement of their attack meant that West Ham struggled to manage the distance between their units – their dilemma surrounded attempting to restrict possession into Winks and Dier, or restricting the spaces for that front four. They ultimately did neither effectively, contributing to the success of Spurs' attacks.

West Ham's defensive structure was disjointed, and contributed to the existence of spaces they should have been working to restrict. Against that, Spurs' attack had greater structure, and often involved vertical passes to feet and teammates identifying whether to support close to possession, or to make runs beyond. Mourinho's team also offered a threat in transition – playing forwards quickly and to the four separate points of their attack, which left Manuel Pellegrini's outnumbered during transitions – and played with greater width during those transitions, further stretching their opponents.