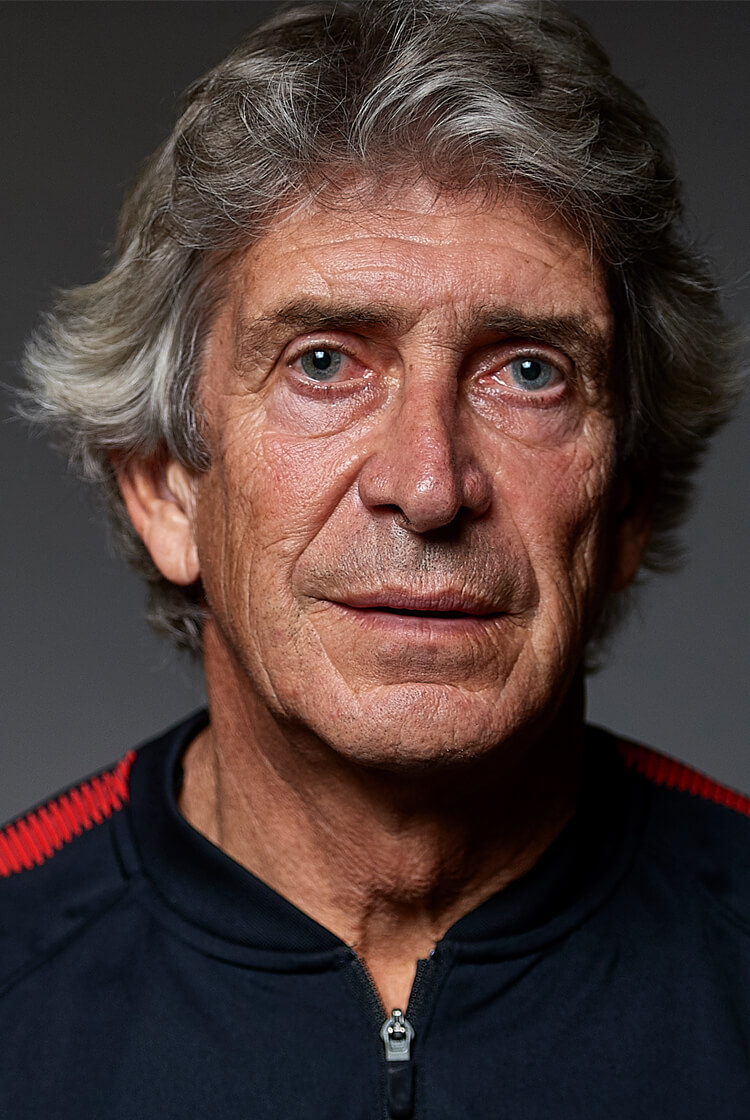 The best decision I ever made

There are two ways to react to tough experiences in life: let them sink you, or make them work in your favour.

That is something I learned right at the beginning of my career, as manager of Universidad de Chile. I had spent 14 years playing for that club – almost 500 matches defending the shirt. So it was a very special moment for me to make my debut as a manager there.

It was also a risk. The club was in very bad shape financially and had many problems.

In the middle of the season, I made a mistake. I went to England for one month to do a coaching course, leaving the team with my assistant in charge.

In the end, we went down. Relegated not even by a point, but by one goal. It’s this type of experience I’m talking about when I say it either sinks you or you use it in a good way. To improve yourself.

As long as you face up to your responsibility and believe that you can turn that failure around in future, I think you grow as a person.

That’s not to say it was easy.

I was starting my career with heavy baggage. It would be quite a challenge to prove that I could still have a big, international career.

Coaching wasn’t always my goal, though. To tell you the truth, for most of my playing days I had thought that when I finished as a player, I would commit my life 100 per cent to construction.

I was already an engineer while I was still playing and had set up my own construction company, so it seemed destined that was my path.

What changed? I met Fernando Riera. He was my manager at Universidad de Chile and a coach who was very well known internationally – the man who took the Chilean national team to third place at the 1962 World Cup.

Bit by bit, over the five years he managed me as a player, he stirred that vocation in me so that, in the end, I decided to do the coaching courses.

My parents weren’t that pleased. They thought it was a waste of time to quit an important career as an engineer to commit to football. But if I’m ever asked about my choice I always reply the same way.

The best decision I ever took in life was to work doing what I liked.

I liked football more than engineering. It was a decision that had a lot of risks, no doubt about it. But I was not afraid to take them.

For a time I did both – working as a manager and keeping my engineering career going – but in 1994 I realised that I had to commit exclusively to football. That it was impossible to be successful unless I was only a manager.

After leaving my first job in 1989, it was another 10 years before I left Chile to work in Ecuador.

I felt it would be a really useful experience if I wanted to work internationally. But leaving Chile was a very difficult decision to make.

My wife had a very good job there – a managerial post as an engineer – and my three children were still in education, the eldest going to university to study medicine. I couldn’t risk all of that for something that, after all, might not work out.

So I went to Ecuador alone. On one hand, it helped me to dedicate a lot of time to football. On the other, it was a big sacrifice for our family.

Living alone is like a test you have to undergo if you want to work in different countries.

You are on your own in places where you don’t know anyone. After a defeat, you come home to an empty apartment. To the dark.

Just to do it all again the next day.

When I went there, I didn’t have a name for myself internationally. Even the work I had done in Chile was only what I would qualify as average.

But this challenge in Ecuador, where we were able to win the league with the team from Quito, is what really started my career, I believe.

"I brought a wholly European method of just working with the ball in tight spaces. Little by little they started to like it"

It was on a trip back from Ecuador to Chile that I met the president of San Lorenzo, a club in Buenos Aires. He asked when my contract in Ecuador finished and gave me the option of taking charge there.

It was a very tough time for them. San Lorenzo had good players, but they were also players who hadn’t been paid for two years. When I arrived, the environment within the club was really difficult.

This was where I first met Rubén (Cousillas, who became Pellegrini’s long-term assistant), who became really important for me. He had played at San Lorenzo for a long time so could help me to get into the whole environment in Argentina. To understand the set-up and the players.

I started by giving the team this thought: “If you haven’t managed to get paid by going down that route, let’s see if we can change the club dynamic with sporting glory.”

That season we went on an unbeaten run of 11 matches, winning the league with record points and number of wins. And with a group of players who didn’t know me, but backed me as a manager.

They saw that I believed in my own idea of football.

It was a very different idea to what they were used to in Argentina. I brought a wholly European method of just working with the ball in tight spaces. I introduced it gradually, and little by little they started to like it.

The team achieved a fantastic level of football that meant we won the first international trophy in the club’s history. But it was at River Plate, where we won the league and reached the final of the Copa Sudamericana, that I think my name really grew internationally.

When I finished there I was offered me a great contract – financially – in Mexico.

But, after I really considered it, I said no. I knew it would have been really hard as a manager to go from Mexico to Europe. So, with a much smaller financial offer – less than half of what was I was being offered in Mexico – I made my decision.

"We were better than Arsenal in that tie. But in the second leg we missed a penalty in the last minute and that was it. It hurt a lot"

I came to Villarreal. And, well, I think it was a really good decision because I came to an extraordinary club.

As far as I’m concerned, it’s one of the best clubs in terms of organisation: a chairman who understands the vision clearly and has the capital to make the club grow. And a director of football who, apart from a few exceptions, had great dialogue with players coming into the club.

If I had told the club then that over the next five years we were going to finish as runners-up in the Spanish league, qualify for Europe every year and reach the Champions League semi finals, they would have put me away in the madhouse.

But I asked the players to step up and, gradually, they understood.

Losing to Arsenal in the Champions League semi finals in 2006 hurt a lot.

We had knocked out Inter Milan. Finished first in our group. So the team had a lot of confidence. In terms of our level of football and psychology, we were ready to play a final. Especially a final that was going to be against Barcelona – a team we had beaten 3-1 only six weeks earlier.

We were better than Arsenal in that tie. We should have been on top in London as well as at home. But in the second leg we missed a penalty in the last minute and that was it. Like I said, it hurt a lot.

These things happen in football, though. Like the relegation that started my career, these are the experiences you have to learn from and build on.

Throughout all these years, I had an idea in the back of my mind. I wanted to become a top coach in world football based on my own work, commitment and understanding.

"When the chairman decided I wasn’t going to carry on, 70 per cent of the Real Madrid fans supported me staying"

So when Real Madrid came calling, there was a huge satisfaction for me. After making so many sacrifices, I had the chance to work at one of the biggest clubs in the world.

For a Chilean coach to be the Real Madrid manager is not even a one in 100,000 chance.

I would have loved to stay there longer.

But that would have required a better relationship with the chairman. We had significant differences over some technical and executive aspects. Logically, in a club, the executive side will always win.

But on the pitch we did a great job. We amassed more league points than Madrid had ever done before and scored 102 goals in La Liga – even with Cristiano Ronaldo being out for more than three months with a fracture.

People always ask about working with big names like Cristiano and Raul. I never had any problems with any of them. They were always the first to arrive at training, and the last to leave.

I managed the group in the same way I feel you have to with every group: respecting the big names but demanding of each individual the level that I knew they could achieve.

When the chairman decided I wasn’t going to carry on, 70 per cent of the Real Madrid fans supported me staying. That was a source of great pride for me.

It was a tough job in difficult circumstances, but I left with great memories of the players, the club, the backroom staff. And no hard feelings towards anyone.

I can have differences with people, but that doesn’t mean we’re enemies.

These days, my first priority when I get an offer to manage a team is to know the people in charge of the club.

Once we know that we’re on the same page in terms of developing the project, it’s also very important to understand what authority you’ll have as manager.

Then there’s the potential for development. This isn’t just about technical work. I think perhaps a lot of times, we managers get confused. We think that we make a certain tactical variation and the team wins.

The team wins because it has good players and you get the best performance out of them. Take the Villarreal team for example: maybe nobody else thought it was competitive, but I was convinced after talking to the chairman that we would be a competitive team. The same with Málaga.

It’s about having the capability financially to bring in players to compete with the big teams.

When I look back on my career so far, it’s a source of pride for me to have been at all those clubs and to have left them with a style of play. To have been respected by the fans and to have an image that you don’t just leave on the pitch but carry off the pitch, too.

And, of course, those clubs have all left their mark on me as well.

Each one proving in some way that I was right to choose this life. Some 30 years after I first took the risk at Universidad de Chile, I am still doing what I like.

It was the best decision I ever made.