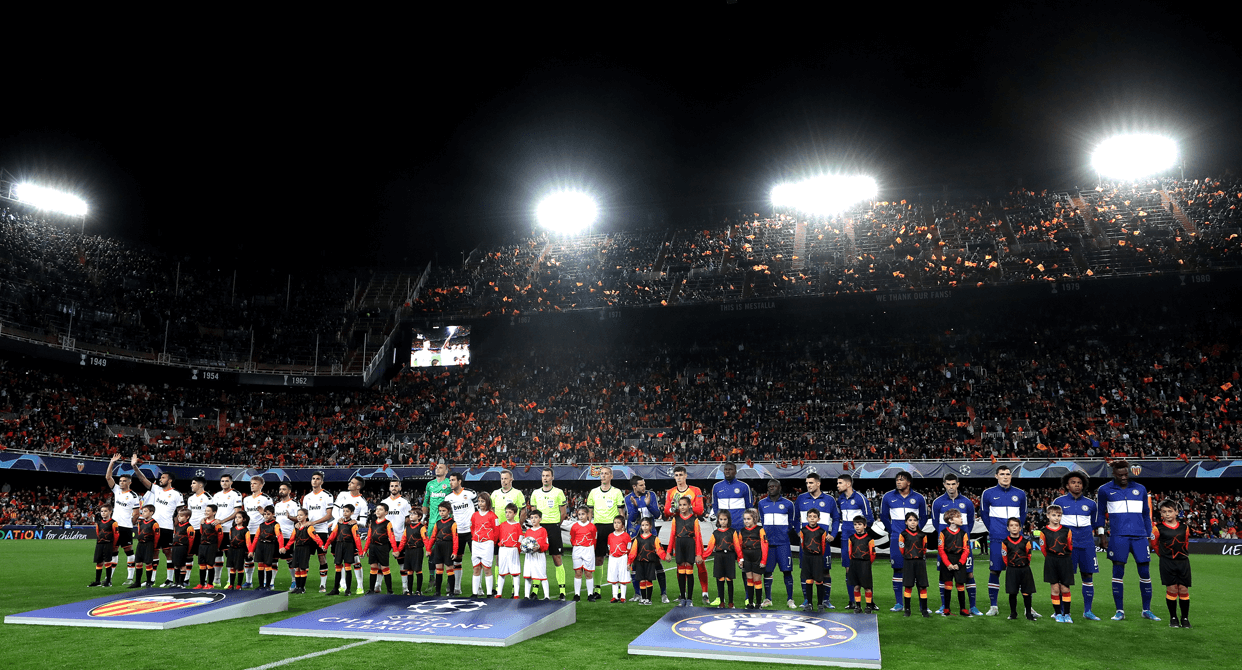 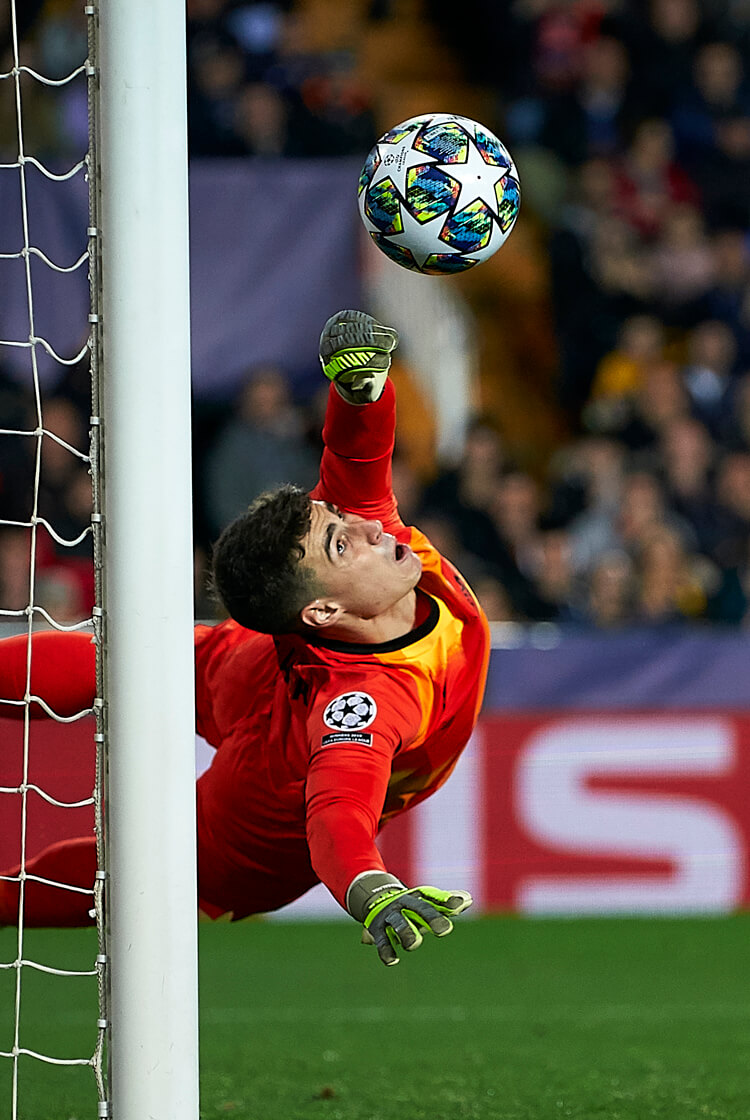 Chelsea’s hopes of progressing to the knockout stages of the Champions League were undermined when Valencia recovered from a goal down to ensure that they remain above their visitors and second in Group H. Their evening was heading for a positive conclusion when Christian Pulisic gave them the lead after Mateo Kovacic had already cancelled out Carlos Soler's opening goal. Kepa Arrizabalaga had also saved a penalty from the impressive Daniel Parejo, before he was confused by Daniel Wass’ cross and conceded with eight minutes remaining. They are likely to require victory at Lille to advance, and will also be concerned over the in-form Tammy Abraham being removed on a stretcher. "It was a very unusual match because of the amount of good opportunities for both teams," their manager Frank Lampard later said. "We have to be happy with a draw because we gave away a lot of opportunities. We’re happy with the result because it was a really tough match." 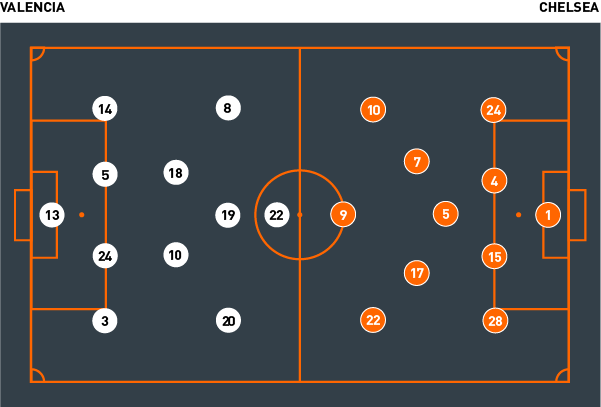 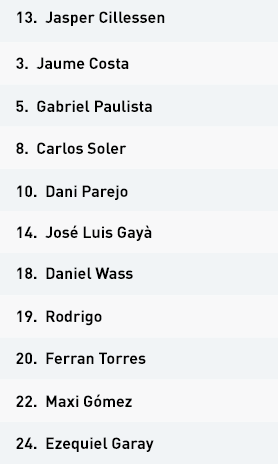 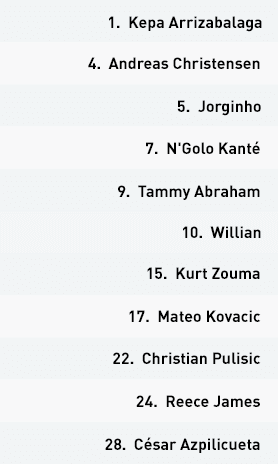 Valencia's manager Albert Celades organised his team into a 4-2-3-1 formation while they had possession, when Maxi Gómez operated as their lone striker. Visitors Chelsea, in turn, fleeted between a 4-1-4-1 and a 4-3-3, when Jorginho remained between their defensive and midfield lines and wide attackers Christian Pulisic and Willian ultimately determined their shape.

The hosts prioritised a possession-based game, largely dictated by Daniel Parejo; Chelsea lacked the speed and positioning to prevent Parejo and Daniel Wass from receiving and then playing wide, first-time, to their full-backs, and their structure was therefore regularly overcome during the first half. Parejo regularly provided angles to assist with build-ups, when his fine passing range particularly impressed in both retaining possession and advancing it.

Rodrigo featured as a central attacking midfielder, moving between the lines and supporting Gómez on the occasions he received to feet. Both also made runs into the channels to threaten in behind; Valencia similarly targeted the spaces that existed out wide by delivering crosses behind the visitors' defence, and should have converted more of them.


It was after Chelsea scored their second goal during the second half that Celades' team became more adventurous. An increasingly open affair unfolded in which there were regular transitions. The visitors sought to trap Parejo and Wass between their attacking and midfield units, so Valencia attempted to play wide, and eventually attacked with between six and eight players; only their central defenders and one or both of their central midfielders were reluctant to advance, and their full-backs became far more influential.

Frank Lampard responded by replacing Jorginho and Willian with left-back Emerson Palmieri and Mason Mount and adopting a back five in a 5-4-1, in an attempt to defend those wide areas. They regardless remained vulnerable to switches of play, and conceded an equalising goal when Pulisic's poor positioning created a space that was capitalised upon. Both teams thereafter had chances to secure all three points, but were unable to take them.

Frank Lampard organised Chelsea into a 4-3-3 formation when they had possession, featuring Jorginho at the base of midfield and Tammy Abraham as their lone striker, against opponents who defended in a 4-4-2. This contrasted the shape they most commonly adopt the Premier League, where they play with a double pivot.

They regularly circulated possession, but without penetrating through Valencia's shape. Their midfielders' positioning was also relatively fixed, which contributed to the fact they too rarely had anyone operating as an attacking central midfielder and therefore struggled to create amid Valencia's strikers seeking to screen passing routes to Jorginho.

Mateo Kovacic and Christian Pulisic rotated and, with full-backs Cesar Azpilicueta and Reece James also attempting to advance from defence, Chelsea were capable of creating two-on-ones against the defending full-back. If this invited them to cross into the penalty area, those crosses were often cut out by the hosts' central defenders as they continued to play with a cautious, compact defensive line that left minimal space in behind.

Amid their inability to regularly advance beyond their opponents' defence, Lampard's team also often shot from distance. They showed greater potential during transitions, particularly during the second half and when Valencia advanced in their pursuit of an equalising goal at 2-1 down. It was then that Chelsea targeted the spaces outside of the hosts' central defenders, but a lack of end product meant that their efforts came to little.