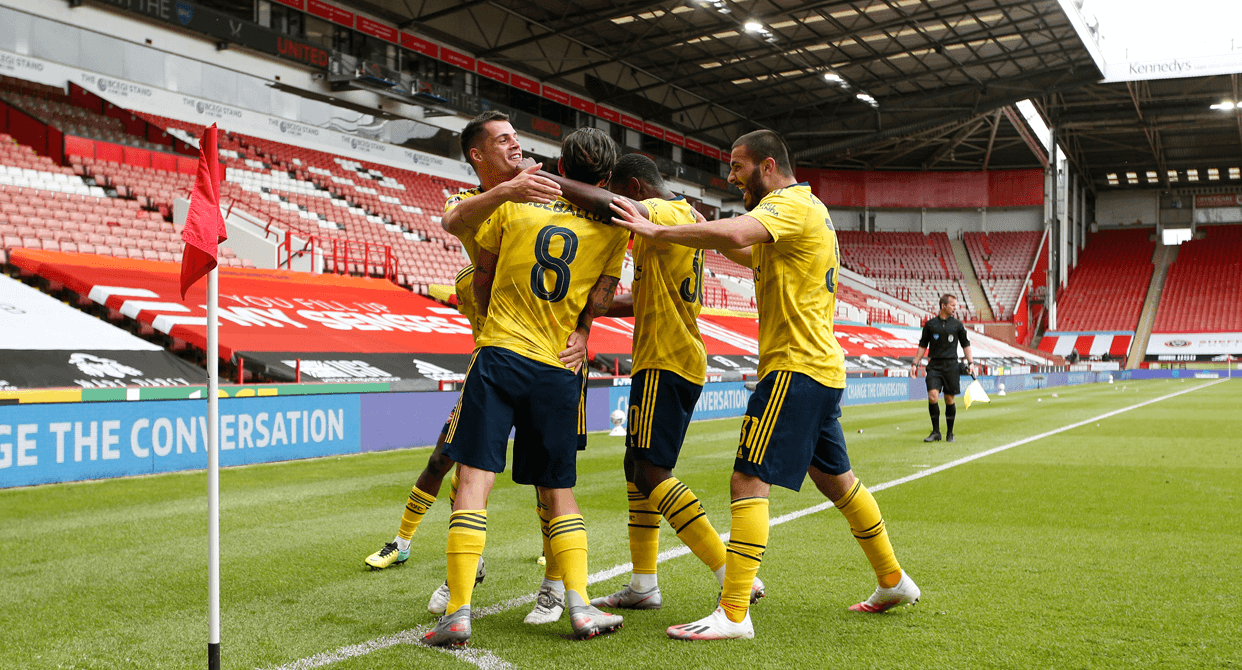 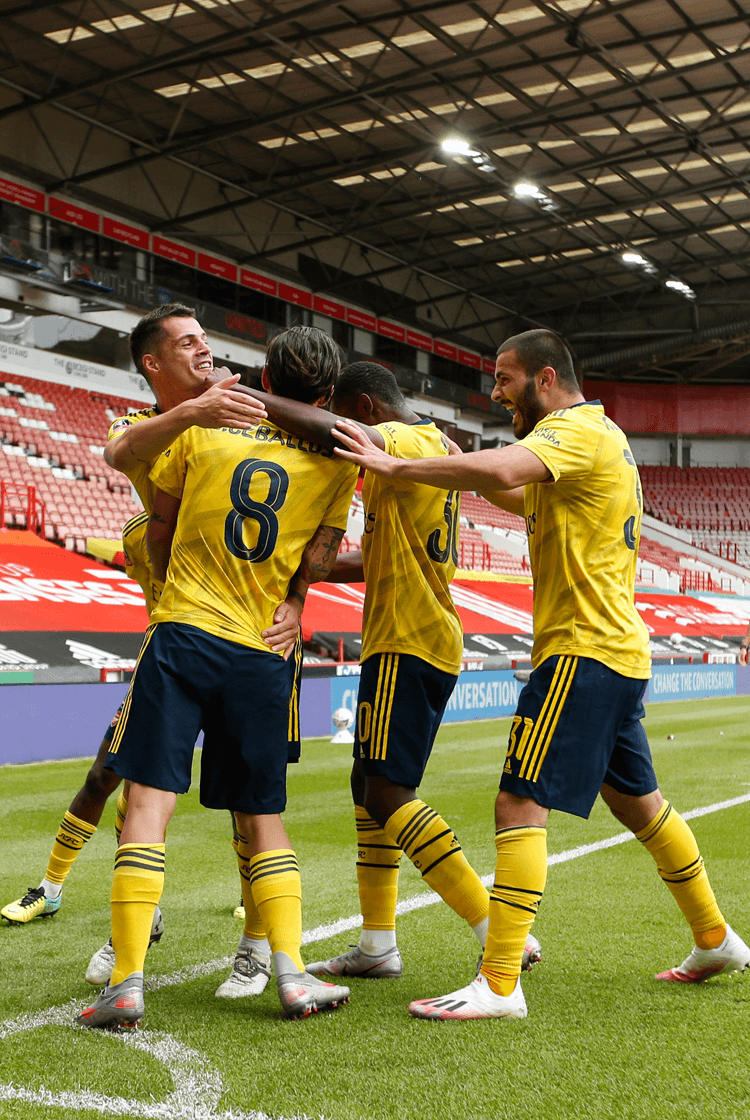 Arsenal progressed to the semi finals of the FA Cup when Dani Ceballos scored in second-half stoppage time to give them victory at Sheffield United. A finish, just minutes earlier, from David McGoldrick appeared to have ensured extra-time when it cancelled out Nicolas Pépé's penalty, but amid both teams' attempts to secure a winning goal, both became stretched, and Ceballos capitalised with a low, angled strike. The hosts had by then already experienced John Lundstram and John Egan having goals ruled out, ultimately ensuring they remain winless from four fixtures since the resumption of English football. Arsenal had also struggled since then, and their manager Mikel Arteta said: "After conceding so late, to show the reaction is not easy and it is very pleasing and we are back at Wembley. It is a great opportunity to try and win a title and play in Europe. We still have to improve in many areas but every win gives you some credit and encouragement." His opposite number, Chris Wilder, said: "I'd like to make it a more uncomfortable afternoon from a technical point of view but we aren't showing that due to a lack of confidence." 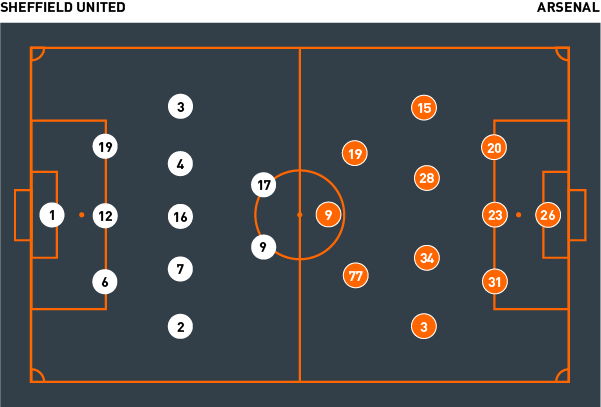 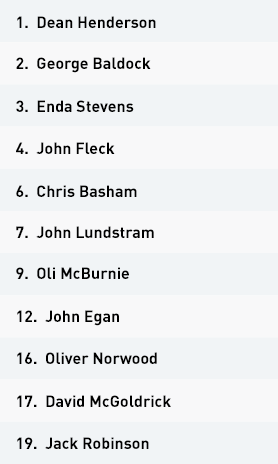 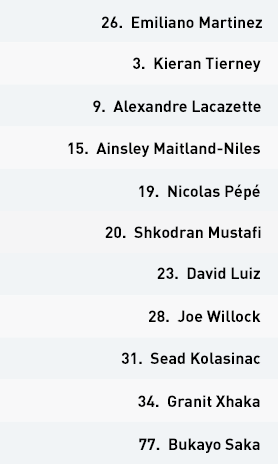 Sheffield United retained their manager Chris Wilder's favoured 3-5-2 formation during the periods they had possession. Their front two probed around the outside of Arsenal's central midfielders, who they assisted in creating a three-on-two overload against, and made penetrative movements towards the left inside channel because of the runs John Lundstram was offering towards the right.

They used early passes to avoid counter-pressure from Arsenal, and complemented those passes with a shape that began to expand, particularly via their wing-backs overlapping to offer support, and they quickly posed an attacking threat with set-pieces that unsettled Arsenal's defence. Lundstram found the back of the net with a header, but his effort was ruled out for offside.

That Arsenal offered fewer positional rotations towards the left meant that United had greater defensive stability there, and therefore attacked more effectively from the right, during transitions. Arsenal's larger control of possession also meant that United's wing-backs offered less going forwards, contributing to the growing influence of Mikel Arteta's team and, ultimately, them taking the lead. It was the compact shape and defensive organisation they demonstrated, even if at the expense of their attacking potential, that otherwise largely prevented convincing goalscoring chances.


Pressing with increased aggression during the second half, and therefore recording more turnovers through misplaced passes, contributed to Arsenal playing possession more directly and, in turn, led to United making further regains. They had little need to withdraw into a lower defensive block; their goalkeeper Dean Henderson was also able to recover many of those longer balls, and to directly return it into the attacking half, where strikers Oli McBurnie and David McGoldrick fought for it.

John Fleck's positioning towards the inside left channel proved influential, and contributed to them offering increase numbers when they attacked. Their substitute Sander Berge also offered penetrative runs from midfield; a consistent presence of two players existed between Arsenal's three central defenders, and McGoldrick's willingess to withdraw encouraged them to recreate their wider rotations and to unsettle their visitors.

A more positive performance, overall, during the second half was not rewarded with enough of a goalscoring threat. McGoldrick scored following a long throw-in when he took advantage of the visitors' defensive vulnerabilities before, uncharacteristically, United had too few numbers in defence when they conceded the winning goal.

While they had possession Arsenal were set up in a 3-4-3 formation by their manager Mikel Arteta, owing to their opponents also playing with three in defence through the 3-5-2 and 5-3-2 they adopted. Granit Xhaka dropped deep to build play with the back three of Sead Kolasinac, David Luiz and Shkodran Mustafi; wing-backs Kieran Tierney and Ainsley Maitland-Niles provided their attacking width, by overlapping past inside forwards Bukayo Saka and Nicolas Pépé.

Mustafi and Kolasinac started wide, which helped to build around the hosts’ front two. John Lundstram often advanced from Sheffield United's midfield to press in an advanced position, and the hosts then formed a 5-2-3 defensive structure. Arsenal countered this via Xhaka withdrawing into defence, inviting David Luiz to move to his left, and Kolasinac even wider. Saka moved into the left inside channel to draw an opposing central defender out of position; Alexandre Lacazette further disrupted that defence by also moving his marker out of position. When he did so, the other central defenders retreated and Saka was left free, giving Arsenal a route to advance through from the left.

Arsenal’s attacking shape came to resemble a 3-1-4-2, through Xhaka offering a continuous presence near their defence. Joe Willock and Saka adopted positions in support of Lacazette, and their play was more direct towards the right than their fluid left. As the hosts continued to advance an additional presser towards the left, access into Willock through the right inside channel was regularly restricted by John Fleck and Oliver Norwood. Arteta's team therefore looked for Lacazette more frequently and directly from the right.


Whereas on the left Tierney provided their width outside of Saka, on the right, Maitland-Niles and Pépé alternated in supporting in more central positions. Breaking through the hosts’ midfield with direct passes led to their first goal, after Lacazette drew a foul and Pépé converted the resultant penalty.

Arsenal regardless couldn't replicate their patterns in the second half, largely because Sheffield United aggressively pressed their wider central defenders. Chris Wilder's team succeeded in crowding the ball in a small space in a wide position, forcing their visitors to play long or risk an individual duel that they were likely to lose. The increased pressure on Arsenal’s wider defenders, wider midfielders and attacking midfielders also forced them to support closer to the ball and into deeper positions, isolating Lacazette, who then struggled to retain the direct passes that came his way.

Despite Eddie Nketiah enthusiastically running beyond United's defence, Arsenal struggled to create, but with both sides pursuing a winning goal in the match’s closing moments, play became extremely stretched. With the hosts out of position, Arsenal countered, and Dani Ceballos struck to secure victory with one of his team’s few chances in the second half.