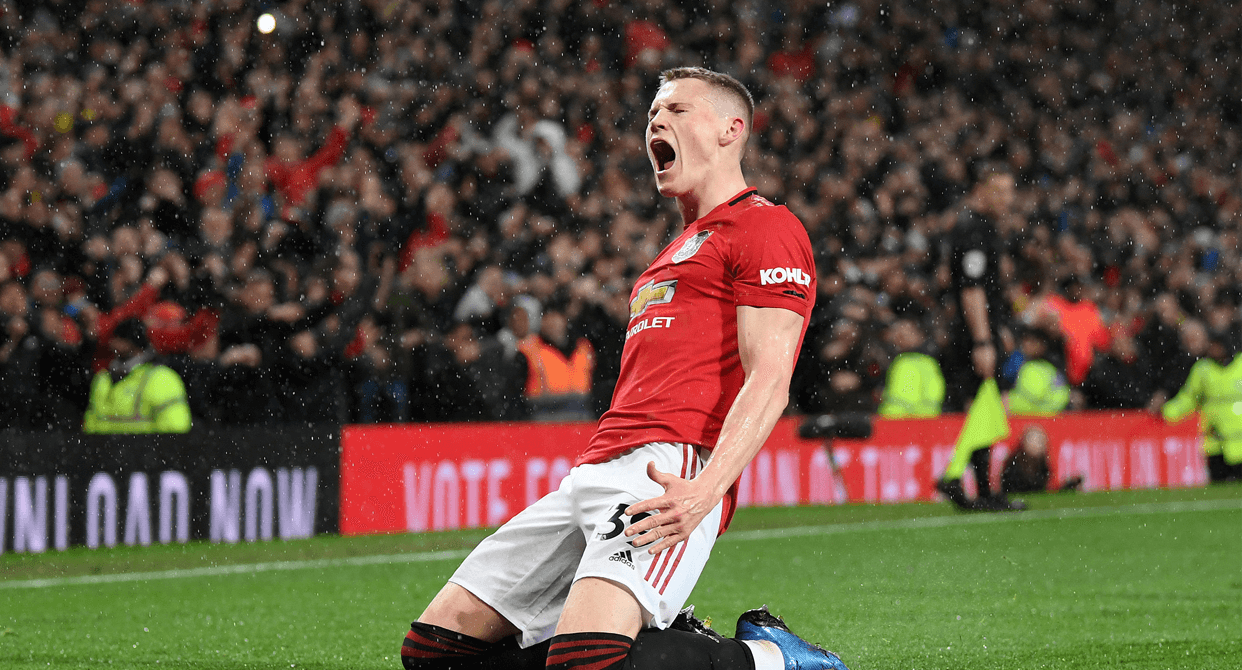 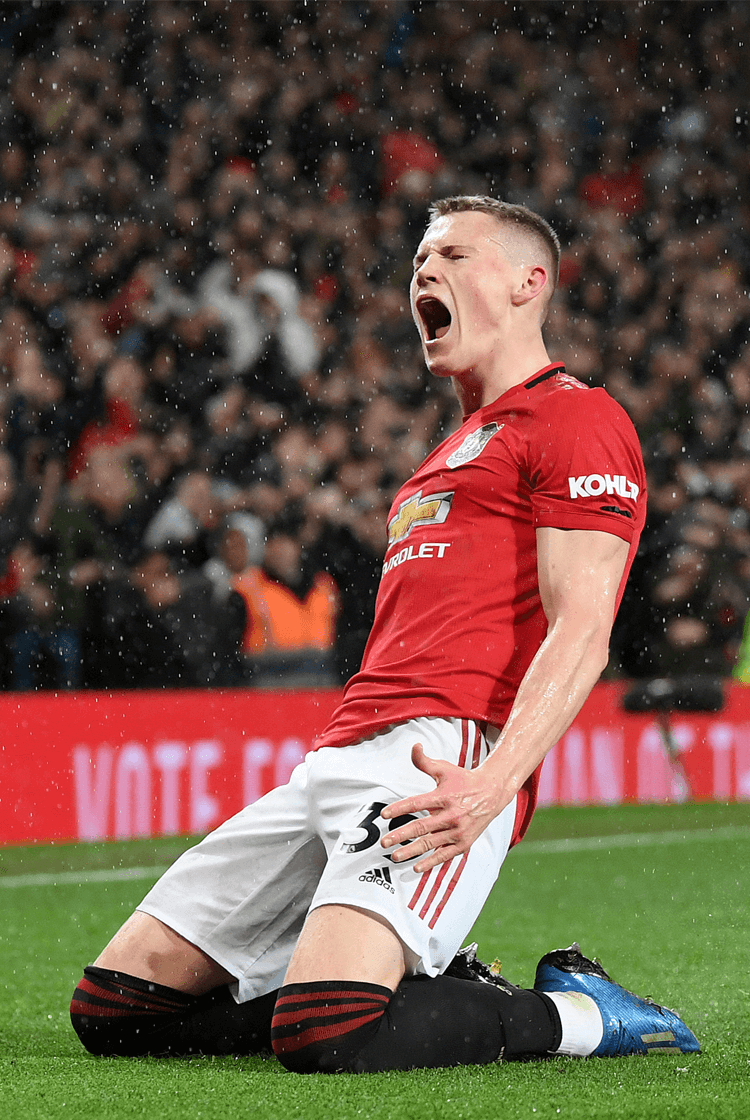 Manchester United recorded their first Premier League double over rivals Manchester City for the first time in a decade, and similarly importantly secured three vital points in their pursuit of the top four. During that decade the balance of power in English football has largely shifted from United to their cross-city rivals, but Ole Gunnar Solskjaer's team demonstrated further signs of improvement when they took the lead with Anthony Martial's first-half finish, and largely negated their visitors' attacking threat until Scott McTominay's fine finish punished a mistake from Ederson in the sixth minute of second-half stoppage time. "We feel we are improving as a squad and a team," Solskjaer said. "We feel the fans want us to do well and they see what we are doing, so it is getting better and better." "Our game is there, we played really good in terms of coming here," said his opposite number Pep Guardiola. "They wait and did long balls on the counter-attack for Daniel James and Anthony Martial. We did our game but unfortunately we conceded a goal. They waited for our mistakes." 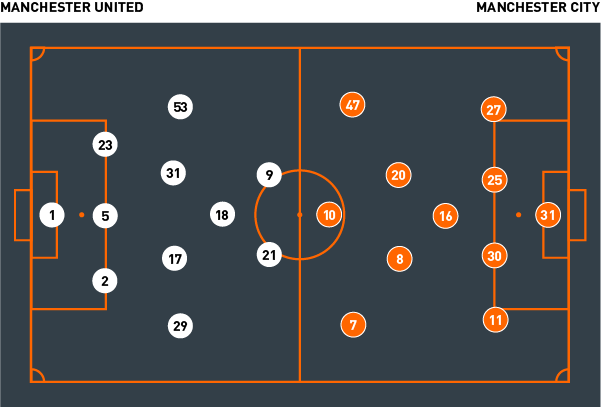 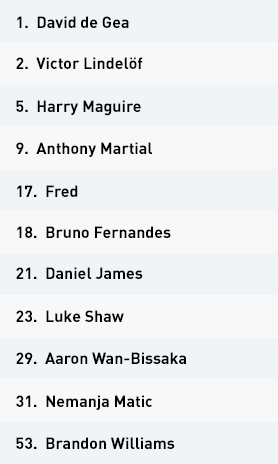 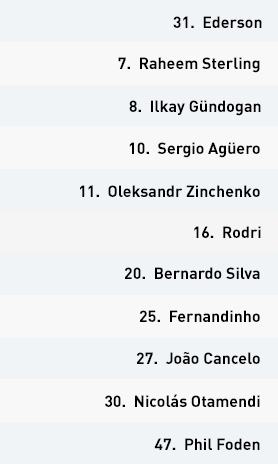 Manchester United were organised by their manager Ole Gunnar Solskjaer into a 3-4-1-2 formation during the rarer periods they had possession. They were confronted by the 4-1-4-1 Manchester City were defending with, in which Rodri featured as the single pivot between defence and midfield.

They were content to concede possession, and to instead attack their visitors on the break. The depth with which they played often left their front two of Anthony Martial and Daniel James isolated, and therefore attacking by themselves. Both regularly made runs into the channels at the moment of transition, when United sought to be quick and direct while City were out of shape, and they were either targeted with direct balls, or via Bruno Fernandes.

City, typically, attempted to press United in advanced territory, but if they were organised in pursuing their three central defenders and two central midfielders; pressing United’s wing-backs Aaron Wan-Bissaka and Brandon Williams proved less straightforward. It was preferable for the hosts if City’s full-backs advanced to towards them, because Fernandes, James and Martial would have greater space when they were attempting to attack, but if they were too deeply positioned then City’s wide attackers could instead challenge those wing-backs.


United therefore often attempted to, initially, build possession via shorter passes intended to draw their visitors out before playing longer passes in behind to their attackers, who regularly threatened City’s central defencee of Fernandinho and Nicolás Otamendi, and therefore should have created superior goalscoring chances against them. City, wary of the threat that their hosts posed during transitions, attempted to protect their central defenders via the positioning of Rodri and Oleksandr Zinchenko.

Solsjkaer’s team was consequently largely limited to playing into the channels and wide areas when they succeeded in turning possession over, which City sometimes defended against by moving across the pitch to delay potential counter-attacks while others were recovering their defensive positions. It was the athleticism of James and Martial that prevented them from consistently succeeding.

Manchester City adopted Pep Guardiola’s favoured 4-3-3 formation, led by the front three of Phil Foden, Raheem Sterling and Sergio Agüero, while they had possession. Their hosts and rivals Manchester United defended with a 5-2-3, through wing-backs Aaron Wan-Bissaka and Brandon Williams withdrawing into defence.

United’s defensive approach was determined by the area in which City had possession. When City were in their defensive third, United attempted to apply an aggressive press, in the pursuit of mistakes and turnovers near City’s goal; if possession was established in the middle third, they instead remained in a compact 5-2-3 intended to protect the central areas of the pitch and to invite City to circulate possession in front of them. United’s determination to deter City from playing through them meant that any individual receiving possession between the lines did so under intense pressure.

Their attempts to protect central areas contributed to Oleksandr Zinchenko moving from left-back to form a double pivot, alongside Rodri, with the intention of creating overloads, and therefore to draw United’s midfielders and to create spaces elsewhere. If that contributed to them advancing possession forwards, they regardless struggled to progress beyond United’s defence; attempts to send Sterling one-on-one against Wan-Bissaka were often undermined by his impressive defensive performance; Phil Foden regularly received to feet, and rarely attempted to beat Williams.

United not only prioritised protecting those central areas; they also focused on defending both half-spaces and wide areas, in the knowledge that they are so often where City thrive. The combination of United’s wing-backs engaging in wide areas, the relevant central midfielder covering spaces inside and the relevant central defender covering a runner, with the absences of David Silva and Kevin De Bruyne, meant that those efforts were largely negated.

Uncharacteristically, it took passes from deep territory for City to advance beyond United’s defensive shape, but even then United’s central defenders were impressively disciplined. A lack of movement and rotation in the first half contributed to the hosts rarely being stretched; the second-half arrivals of Riyad Mahrez and Gabriel Jesus, Foden being moved into an attacking central midfield position, and Sterling playing as their central attacker, contributed to their greater aggression and directness with the ball.

Mahrez and Jesus prioritised running diagonally at their opposing wing-backs, ultimately to create spaces for a teammate; they also offered an improved threat in behind, contributing to City posing more of an attacking threat. It was the lack of an end product when they were close to or inside the penalty area that denied them the equalising goal they sought before Scott McTominay’s finish put United beyond reach.