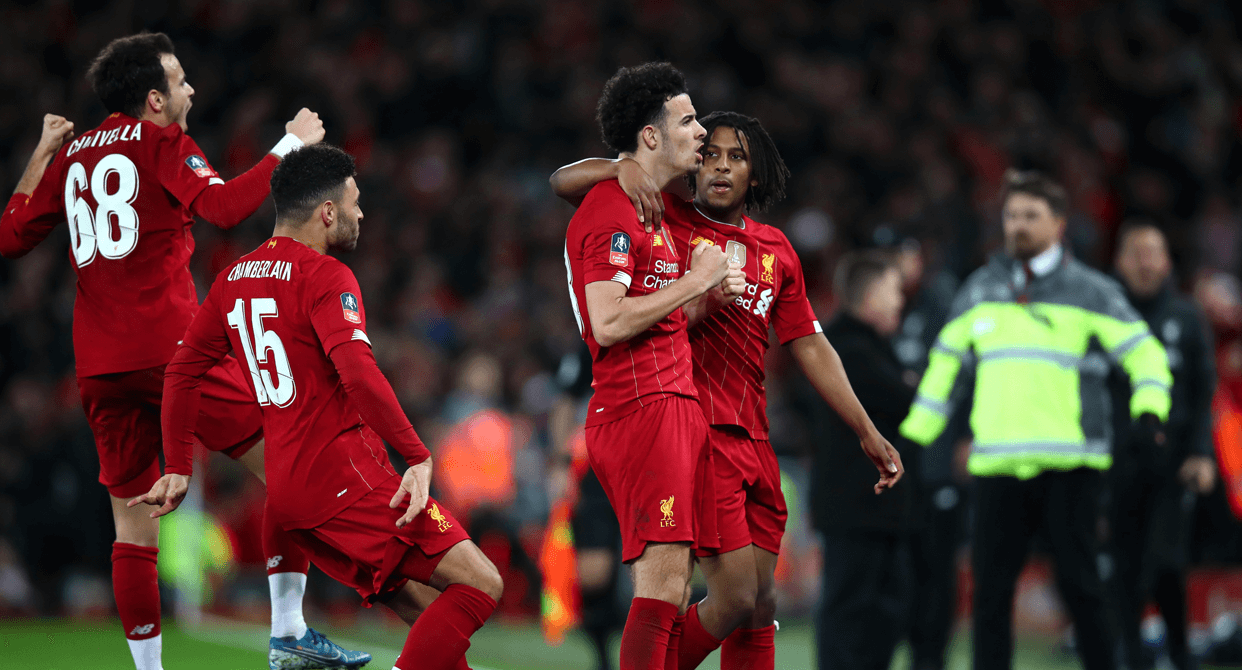 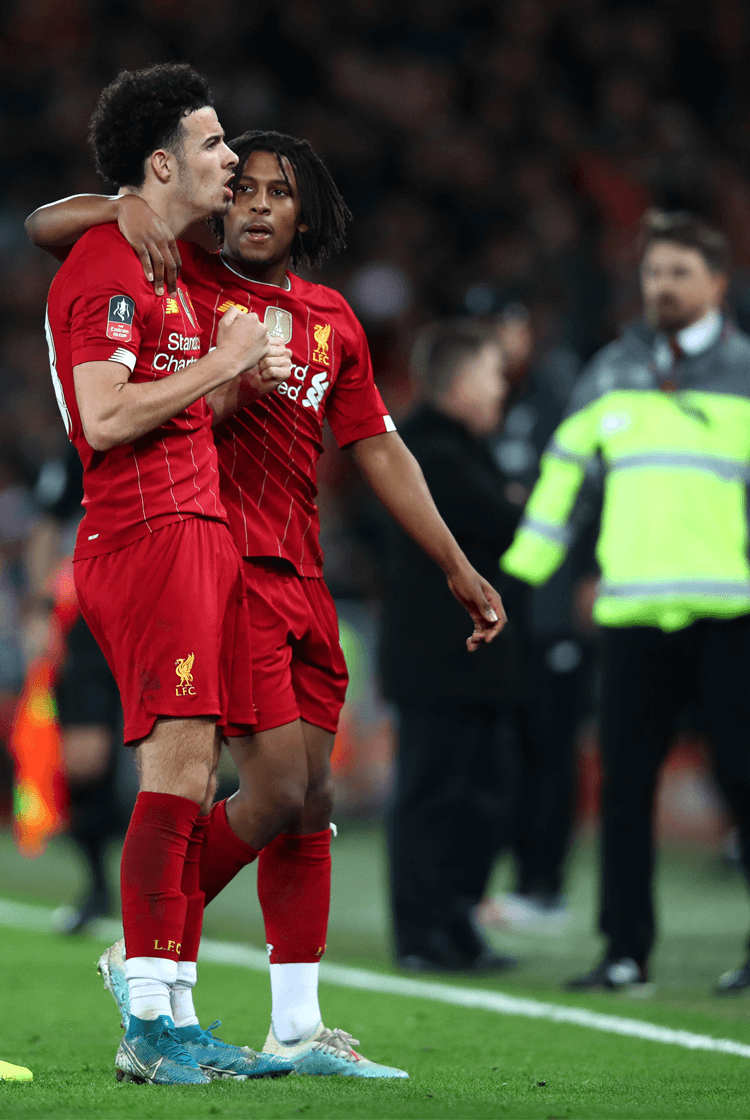 Liverpool won the first Merseyside derby of the decade when a goal from the 18-year-old Curtis Jones proved enough to eliminate Everton and progress to the fourth round of the FA Cup. The Premier League leaders retained only Joe Gomez from perhaps Jürgen Klopp's favoured starting XI, resting Mo Salah, Roberto Firmino, Sadio Mané, Jordan Henderson and Virgil van Dijk but, against the strong line-up favoured by Carlo Ancelotti, Klopp's selection gamble delivered.  "I saw a sensationally good performance of a not very experienced team with a lot of players playing for the first time on this kind of stage, in front of this crowd, against the opponent," the German said. "It was outstanding. I loved each second." The decorated Ancelotti, whose club last experienced victory at Anfield in September 1999, said: "The line-up of Liverpool didn't affect our idea of how to play. The defeat arrived because we were not able to keep the intensity in the second half. We lost energy; we lost confidence; we were not able to build up quick from the back." 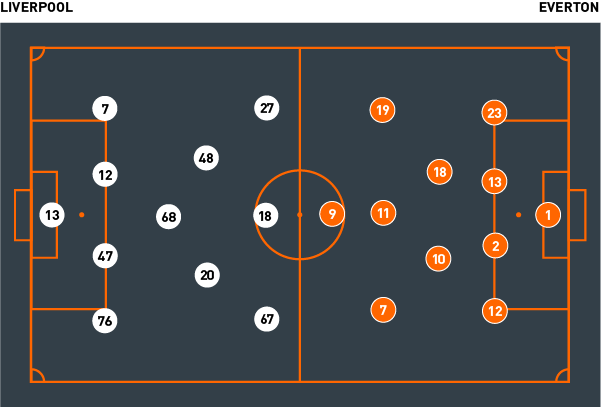 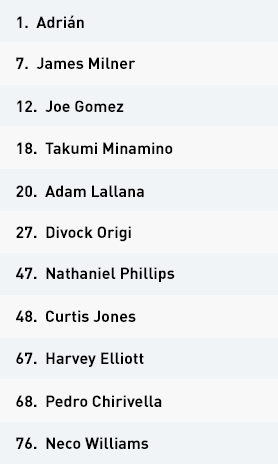 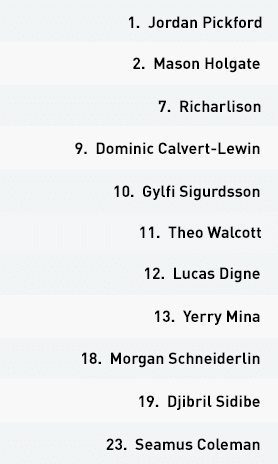 Even amid the nine changes made to his starting XI, Jürgen Klopp again organised Liverpool into the same 4-3-3 formation he has long favoured. Takumi Minamino was handed his debut as their central attacker, and was joined in that front three – against the 4-4-2 Everton defended with – by Harvey Elliott and Divock Origi.

Liverpool attempted to play a possession-based game and to build through the thirds, which was encouraged by Pedro Chirivella receiving freely between the first two lines of Everton's structure, from where he could turn and advance. When he was in possession one of their visitors' four-strong midfield would advance to close him down, creating a further passing line – most commonly to Adam Lallana – and therefore access to the final third.

Despite the regularity with which this happened, Everton struggled to offer a solution. With Minamino, Origi and Elliott withdrawing to between the lines and their opposing defenders reluctant to follow them until possession was played – and goalscorer Curtis Jones' positioning during build-up phases – they were able to create further free numbers, and therefore two-on-ones.


Despite their successes in advancing possession they struggled to progress beyond Everton's defence or to create quality goalscoring chances. Elliott's potential during one-on-ones contributed to him beating opponents and delivering into the penalty area, but the visitors' defence was otherwise determined to remain compact and to minimise spaces in central areas and between their individuals, contributing to Liverpool shooting from distance, as Jones did when scoring the game's only goal.

When they had possession Carlo Ancelotti demanded Everton adopt a 4-2-3-1 formation that featured Morgan Schneiderlin and Gylfi Sigurdsson as their double pivot at the base of midfield. Liverpool remained in their 4-3-3, at the top of which Harvey Elliott, Takumi Minamino and Divock Origi led their press.

Theo Walcott, playing in the line of three but as a second striker behind central attacker Dominic Calvert-Lewin, was crucial to their attacking approach. He sought to make runs from deeper territory while Calvert-Lewin attempted to stretch Liverpool's defence, testing that defence's organisation and willingness to attempt to negate him. The intention was to use their pace to target the spaces behind the hosts' defence, but passes towards them tended to be under or over-hit, and therefore intercepted or sent out of play.

They consequently also looked to the channels, from where they could cross towards those attackers running across or behind their opponents, via late, fast movements. If this led to their finest goalscoring chances, they lacked the end product to convert them.

Some variety was offered when they were playing possession out from defence, when Liverpool's pressing shape meant that Everton's full-backs became suitable outlets. Passing lines to Schneiderlin and Sigurdsson were also available, though they represented a risk, given the pressure being applied by Minamino and either Lallana or Jones.

Ancelotti also encouraged his wide attackers to pursue half-spaces by using diagonal movements towards their own goal, to create a passing line from central defence. The individual receiving possession then played it to the relevant full-back, therefore beating the first line of the hosts' press, though they increasingly struggled to create chances of quality.