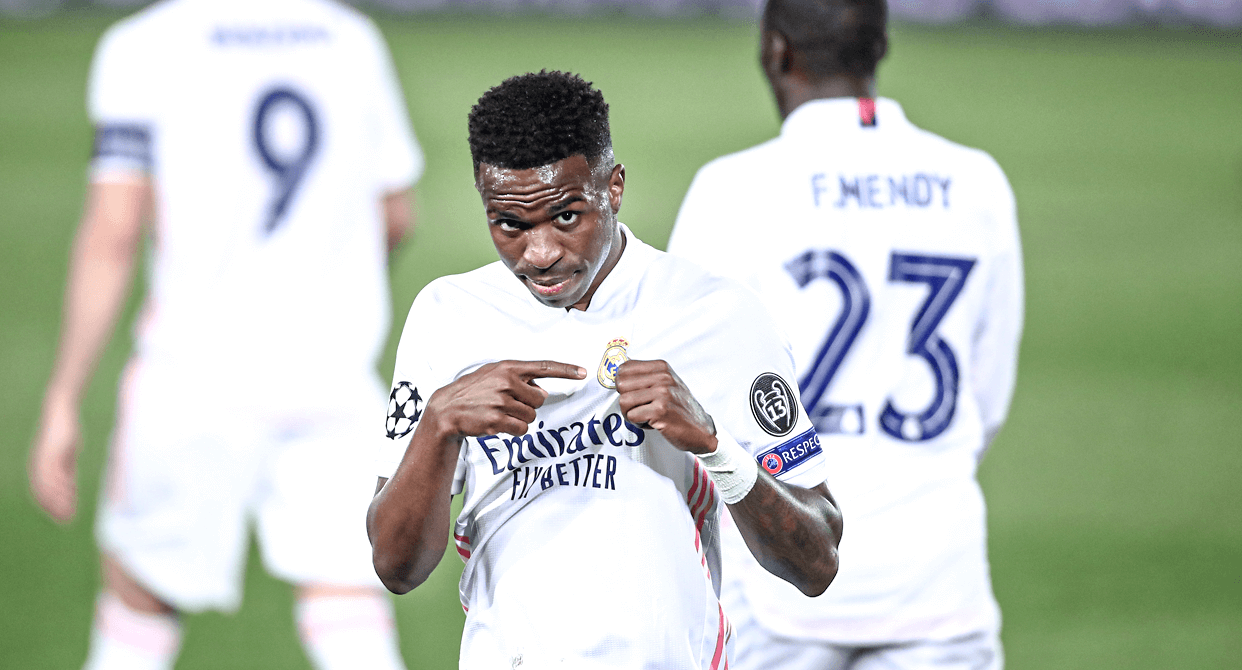 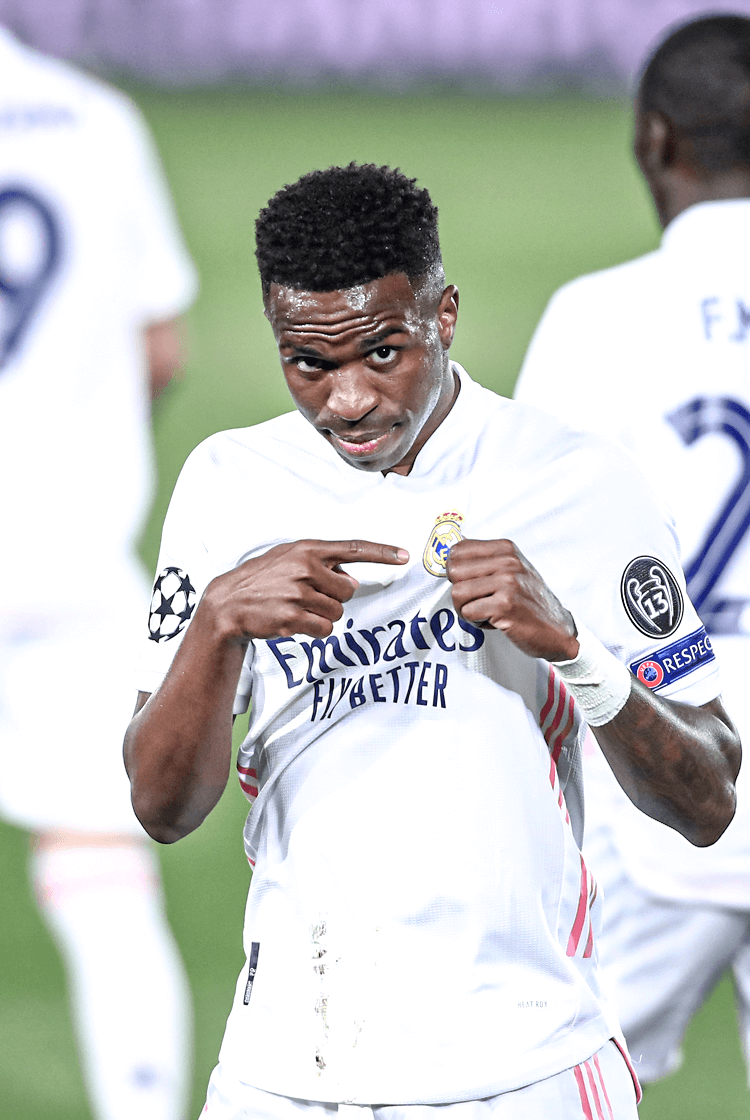 Real Madrid took a significant step towards progressing into the final four of the Champions League by building a two-goal lead over Liverpool. Injury has deprived both Zinedine Zidane and Jürgen Klopp of their senior central defenders, but it was Real who punished Liverpool's vulnerability via first-half goals from Vinícius Júnior and Marco Asensio, and a further finish in the second half from Vinícius. Mo Salah's goal, earlier in the second half, means Liverpool remain in contention ahead of the second leg. "If you want to go to the semi-final, you have to earn the right to do so," said Klopp. "We didn't do that, especially in the first half. We just didn't play good enough football to cause Real Madrid more problems. We made it too easy for them. The only good thing I can say, apart from the goal, is it's only the first half of the tie. It gives us a lifeline." Zidane said: “Liverpool’s fullbacks go forward a lot, so it worked out well for us and for Viní. There was an order to look for long balls behind them when we recovered the ball.” 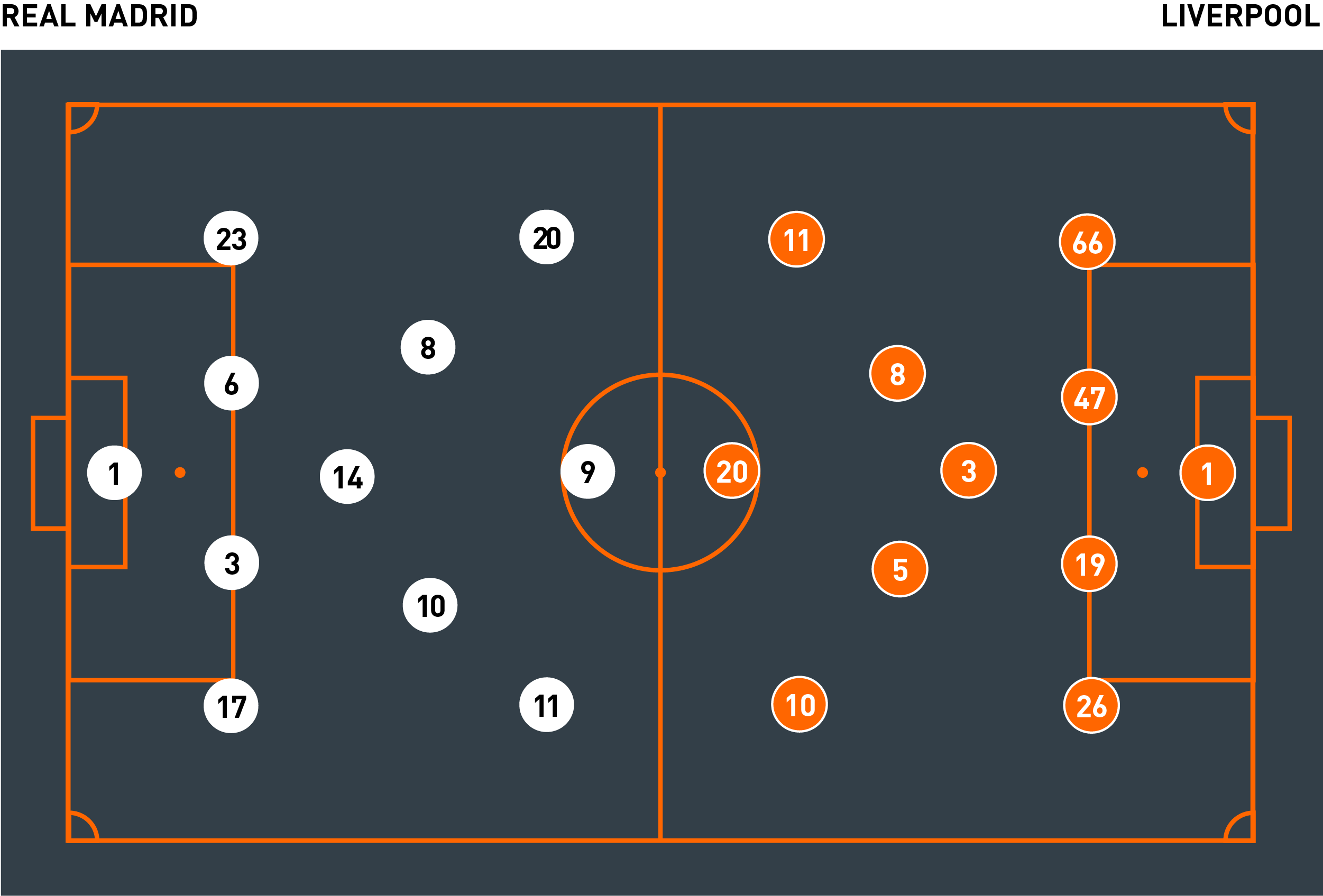 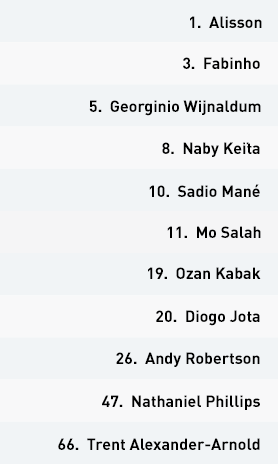 Zinedine Zidane retained the same 4-3-3 formation he has mostly overseen at Real Madrid. Casemiro, Toni Kroos and Luka Modric again formed their midfield three, and though Casemiro started as the most defensive of that three, they rotated, as dictated by the whereabouts of the ball. Liverpool, too, defended with a 4-3-3.

Real's central defenders Éder Militão and Nacho Fernández played at a considerable distance from each other so that Lucas Vázquez and Ferland Mendy, the full-backs outside of them, could move into advanced positions, and Casemiro moved to create a passing lane for those behind him in defence. Vinícius Júnior also retained a high position outside of Trent Alexander-Arnold and, with Mendy, created an overload against him.

When possession was switched via Casemiro, the Brazilian sought to exploit that overload, and Real would attack with speed and offers runs into the spaces that existed between Liverpool's defence as it moved; much of their success owed to the quality of the pass from midfield and into Vinícius' path, and the speed with which the ball was switched to the left. Vinícius and Mendy regularly drove at Alexander-Arnold, and rotated positions as they did so.

If it complemented the speed of their attack for them to do so, Modric and Kroos withdrew into deeper positions and Vázquez and Mendy advanced to increase their width in midfield. One of Real's front three – most commonly Asensio – also withdrew into midfield to create an overload against Liverpool's midfield three that also forced Mo Salah and Sadio Mané into deeper territory. Vinícius' fluid approach, similarly, meant that when possession was towards the right he drifted infield and Mendy overlapped outside of him

The energy they offered during moments of transitions was crucial to Real's success. After turnovers they sought to counter at speed, before Liverpool could recover their defensive positions, and that they did so for so long proved particularly difficult for Liverpool to defend against and led to Asensio scoring Real's second goal. The speed of those transitions also didn't owe simply to combinations; their first two goals followed longer, direct assists.

During the second half Liverpool adopted a more aggressive, high press that instead contributed to Real playing out from defence, and from deeper positions, in an attempt to encourage that press towards the ball and create space further forwards from which Real could play. If regains were made, they were followed by attempts to send the ball into spaces beyond Liverpool's deepest-positioned defenders.

Liverpool manager Jürgen Klopp organised his team into a 4-3-3 formation that on this occasion featured Diogo Jota, instead of Roberto Firmino, as their central attacker. Their hosts, Real Madrid, defended with both a 4-3-3 and 4-5-1, via Marco Asensio and Vinícius Júnior withdrawing from alongside Karim Benzema into a compact midfield.

The visitors sought to build possession in their defensive third, but Real applying a high press – their front three prioritised Liverpool's back four – forced them into misplaced passes and errors. From that deep territory, Liverpool sought to change the point of their attack by switches of play in central defence and Fabinho withdrawing into a deeper position to create a passing lane that meant possession being played to his back foot and therefore him quickly turning and playing forwards. A similar approach existed in the attacking third, via switches through Naby Keïta and Georginio Wijnaldum and passes into the feet of Andy Robertson and Trent Alexander-Arnold, who adopted advanced positions to contribute in midfield.

Real’s high press, regardless, forced Liverpool to play more directly, and by extension often cost them possession and invited Real to continue to counter at pace. After Real took the lead that applied to an even greater extent.

From the start of the second half, Robertson and Alexander-Arnold adopted even more advanced positions intended to stretch Real's compact shape, given the numbers contributing in defence as they sought to preserve their lead. Jota, similarly, withdrew into midfield in an attempt to draw one of those defenders with him. Liverpool also worked to hold their attacking positions and move the ball with the intention of tempting their opponents to follow it, and they succeeded in forcing Real to defend with greater numbers and become compact to the point of adopting a 5-4-1 in which Casemiro withdrew into defence

The tempo of Klopp's team increased in the second half when they transitioned into possession and targeted the spaces that existed before Real had recovered their defensive shape. It was that approach that led to their only goal, when Jota tempted Éder Militão towards the ball after drifting to towards Sadio Mané, inviting Mo Salah to move in behind unnoticed and score.

Liverpool later experimented with further approaches in the attempts to progress through Real's low block. Salah was given the freedom to roam across the width of the pitch from his starting position on the right, and he sought to play passes into the forward runs of Mané and Jota. The introductions of Firmino and Xherdan Shaqiri also meant that the intensity of their attacks was sustained, but a second goal eluded them.