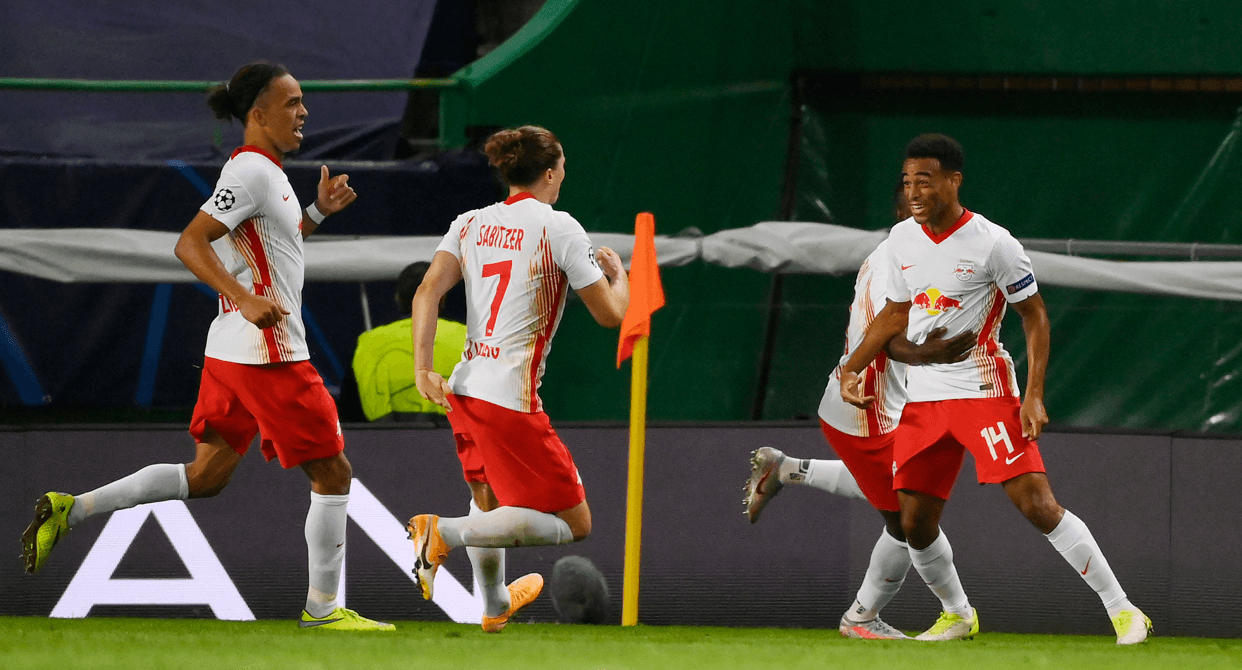 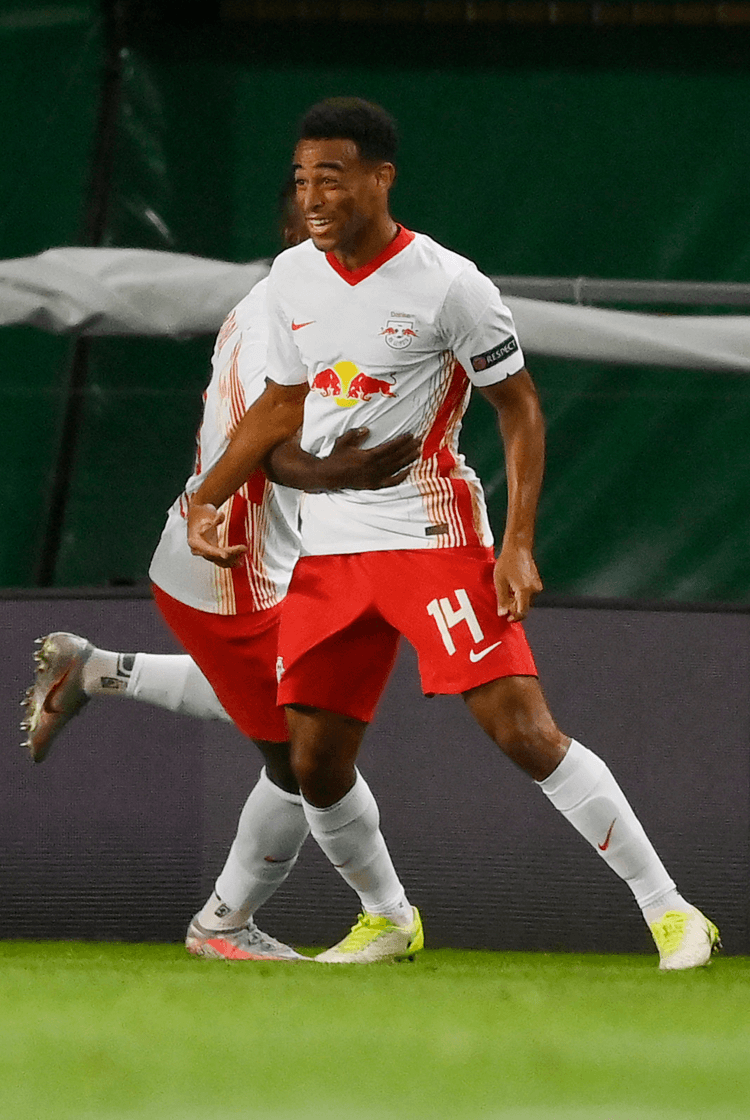 RB Leipzig eliminated Atlético Madrid to reach their first ever Champions League semi final, doing so just 11 years after their formation. Julian Nagelsmann's exciting team took the lead through Dani Olmo's header, early in the second half, and though João Felix brought Diego Simeone's level, a deflected finish from Tyler Adams, just two minutes from time, secured victory and ensured that they will next meet Paris Saint-Germain. Their impressive progress made Leipzig the first German team, outside of the traditional powers of Bayern Munich and Borussia Dortmund, to reach the Champions League semi finals since Schalke in 2010/11. "It has been a very long year, with the huge pressure of trying to get into the Champions League and then having many weeks stuck at home," said Simeone, who in the last 16 oversaw them beating 2019 winners Liverpool. "We are feeling hurt because we have had a season with so much pressure, so many injuries, so many uncertainties due to all the new players we brought in." 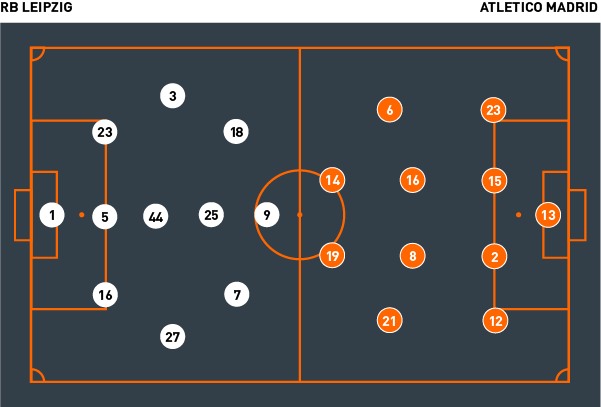 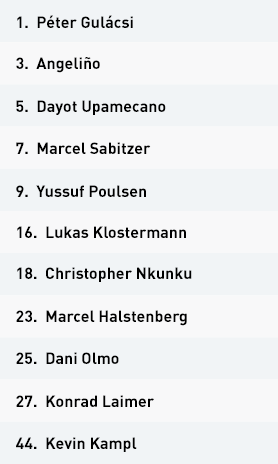 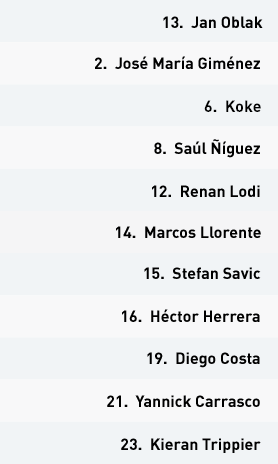 Julian Nagelsmann set RB Leipzig up in a 3-3-3-1 structure. Marcel Sabitzer, Dani Olmo and Christopher Nkunku played as a central attacking trio behind Yussuf Poulsen, and Konrad Laimer and Angeliño provided their attacking width. Leipzig encountered opponents who defended with a flat 4-4-2, and largely used a mid-block.

Leipzig naturally had a three-on-two overload in the first line of their build-up, through their single pivot Kevin Kampl dropping deeper than Laimer and Angeliño to create a diamond around Atlético Madrid’s front two. Leipzig therefore controlled the first phase of their build-up play, before Atlético's two central midfielders advanced to Kampl to stop him from turning and driving forwards.

Leipzig therefore played more direct balls from defence to towards Laimer or Angeliño, playing over Atleti’s narrow midfield and bypassing that pressure on Kampl. Atléti’s full-backs only advanced when there was a high chance of progressing further forwards, and they were not drawn to Laimer or Angeliño after those passes, so a compact back four was instead maintained. One of Atléti's central midfielders pushed out to Kampl; the other moved underneath to block passes to Leipzig’s attacking midfield three.

One method Leipzig used to pass through Atléti's structure was Sabitzer or Nkunku moving wider to receive around their narrow midfield. When they did so quickly after a central midfielder had moved to press Kampl, possession could be bounced into a position behind their opponent’s midfield. Their final ball consistently disappointed, however, and quality goalscoring chances eluded them.


Leipzig continued to probe through their central attacking trio shifting and offering a passing option between the lines and through the three gaps in their opponents' midfield. Their patience was eventually rewarded when Poulsen's movements led to possession travelling wide and a cross being delivered. Despite generally retaining significant width during their build-up phases, on this occasion Sabitzer adopted up a narrower position to exploit the spaces around Atléti's narrow block to cross for the opening goal, through Olmo heading in from Sabitzer’s delivery.

Having gone behind, Atléti's pressure on Leipzig intensified, and featured a more committed press towards their defence. Sabitzer also withdrew to alongside Kampl, maintaining an overload against Atléti’s attack. If doing so helped progress possession, the loss of a player between the lines significantly hindered their attacking threat; they sought to play around their opponent, but a lack of numbers in support of the wide receiver meant that they struggled to create.

Once Atléti drew level they again adopted a deeper defensive block, and resisted pressing higher towards Leipzig’s defence. They prioritised compactness between the lines, but with Leipzig pushing their wide players higher into the spaces that left they were open during moments of transition. Nagelsmann's team therefore had to balance their attacking numbers with sufficient defensive cover, not least because Poulsen’s movements were being screened by Koke or Saúl Ñiguez.

Leipzig scored a late winning goal when they exploited an opportunity for a rare transition forwards, largely courtesy of an outstanding pass from Sabitzer played from the outside of his boot. Leipzig broke in numbers and pushed Atléti back before Angeliño’s cut-back found Tyler Adams, who finished, via a heavy deflection, to wrongfoot Jan Oblak.

Atlético Madrid were organised by their manager Diego Simeone into a 4-4-2 formation in which their wide midfielders, Koke and Yannick Carrasco, drifted inside to support the direct play aimed towards their front two, often in the inside channels or central lanes. Their central midfielders Saúl Ñíguez and Héctor Herrera alternated between withdrawing to towards their defence and advancing, and in doing so drew Dani Olmo further away from the double pivot at the centre of RB Leipzig's 4-2-3-1.

The relevant midfielder pushed forwards alongside Koke and Carrasco in an attempt to create a three-on-two against that double pivot, and to compete for second balls around Diego Costa. Passes played over Leipzig's midfield were also influential in progressing possession and drawing fouls in the attacking half, inviting Simeone's team to focus on the set-pieces that are often such a strength.

Delayed runs from Atlético's full-backs contributed to them building around Leipzig's structure, particularly when Herrera and Saúl both withdrew into deeper territory; Leipzig choosing to apply a narrower press, and to defend with a narrow back four, encouraged them to do so. If their opponents' double pivot instead remained in position, those full-backs waited for Costa to move into a deeper position and draw at least one defender with him, at which point they would combine with Koke and Carrasco.


Partly through defending in deep territory for lengthy periods, and then seeking to feed Costa early, Atléti regularly succeeded in winning second balls. Once they were secured in the middle third, the depth offered by their central midfielders and the little space that existed between the lines of their structure meant that Leipzig struggled to counter-press Atléti. Atléti therefore remained stable when in possession, and far from vulnerable to Leipzig's attempts to attack on the counter if if was conceded in midfield.

João Felix was introduced after Atléti conceded, and his presence involved a change in their attacking structure. They pressed with greater intensity; Marcos Llorente withdrew to towards the right side of their attack and, with Felix attacking from an inside left position, Costa became a more advanced focal point, giving them a narrow front three around their opponents' double pivot. Felix’s ability to receive possession and to drive forwards was significant in not only advancing that possession, but in encouraging Carrasco and Llorente to make threatening runs on the blindside of their opponents.

It was Felix's penalty that brought them level, following him combining with Costa and his impressive dribble – while under pressure – through the left inside channel. Llorente and Carrasco occupying Leipzig's full-backs also freed the forward up. Felix's willingness to drift encouraged Atléti's attempts to transition out of their deep defensive block; complemented by Carrasco they controlled the left side of their attack, in the same way that Llorente moved inside to support Álvaro Morata after he had replaced Costa.

That potential towards the left, following switches of play from the right, also helped them to build attacks when Morata struggled to secure possession as successfully as had Costa. Their low block and transitional threat ultimately came to little, however; it was Atléti who conceded a late deflected goal and were eliminated.