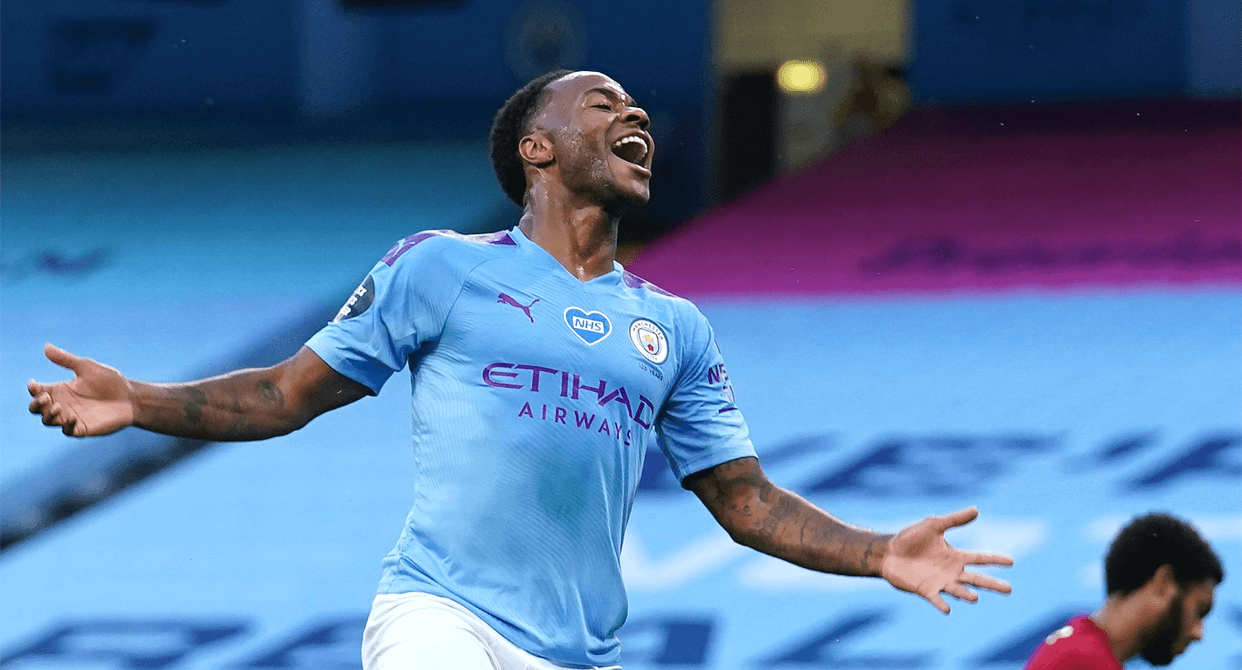 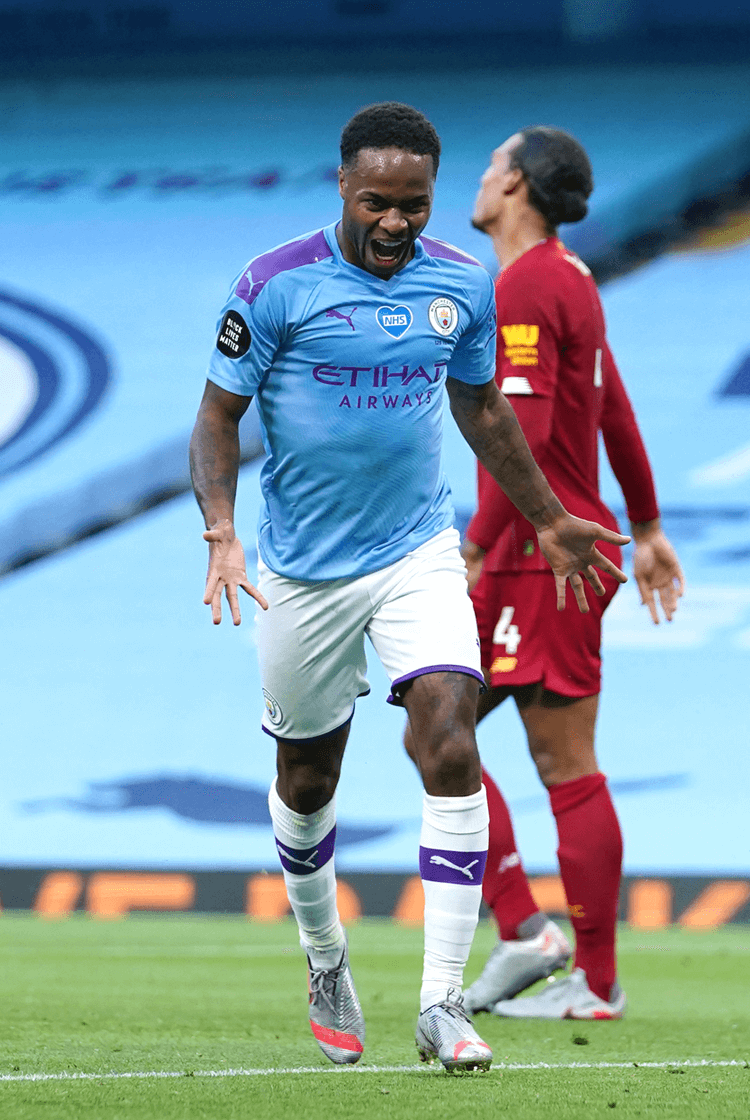 Premier League champions Liverpool lost for only the second time in the league in 2019/20 when they were convincingly beaten by their rivals Manchester City. While Pep Guardiola's team are almost certain to finish second, following successive league titles, Liverpool remain capable of recording 101 league points. The hosts led 3-0 by half-time, owing to finishes from Raheem Sterling and the promising Phil Foden after Kevin De Bruyne's penalty; an own goal during the second half from Alex Oxlade-Chamberlain then ended any hopes of an unlikely comeback. Liverpool's two biggest league defeats, since Jürgen Klopp's appointment as their manager, have both come at City – in September 2017 they lost 5-0. They have also gone five away fixtures without scoring for the first time since April 1992. De Bruyne's penalty, meanwhile, means that in scoring 11 goals and assisting 17 others in his 30 league appearances, the Belgian has been directly involved in more goals than any rival in the same competition in 2019/20. 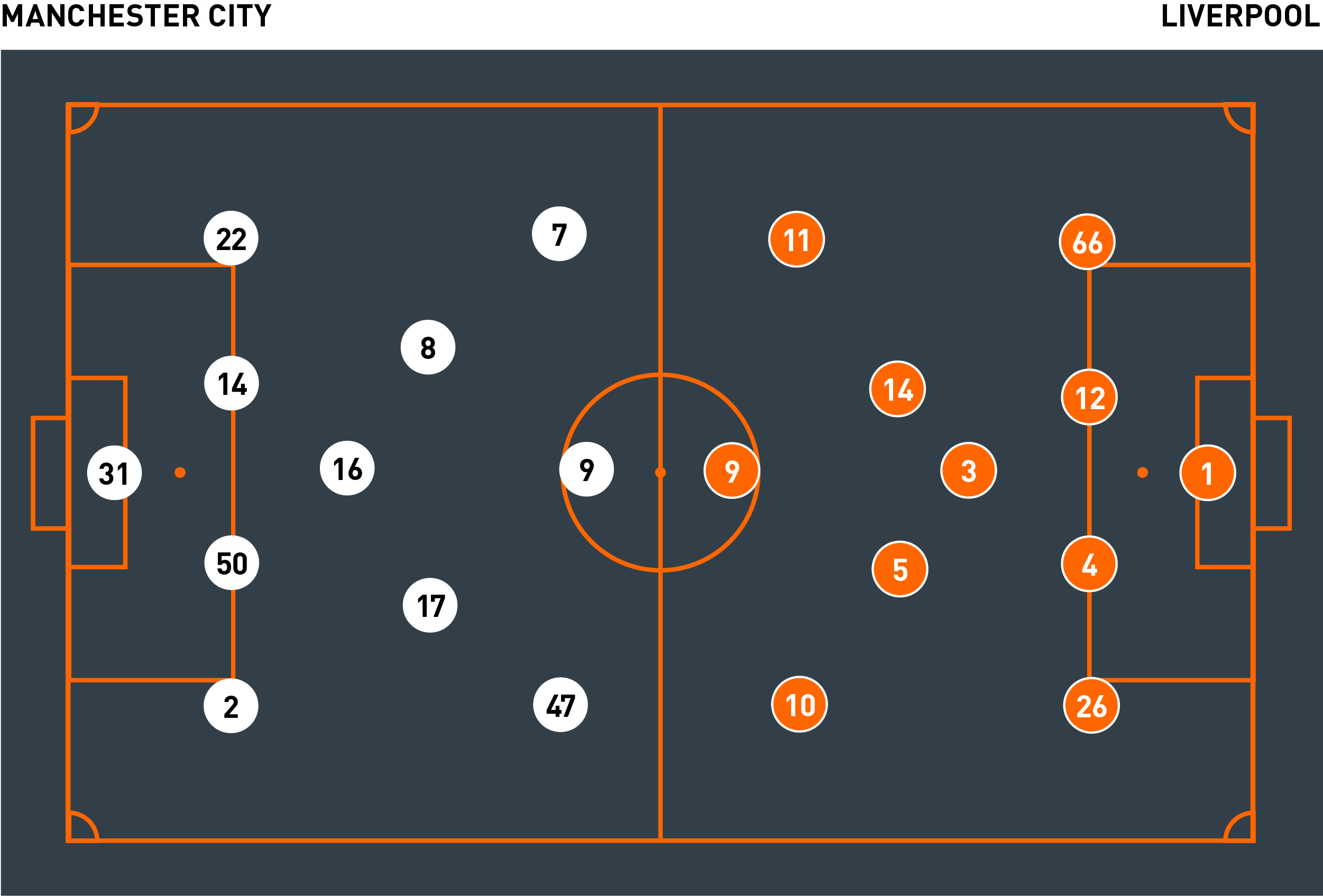 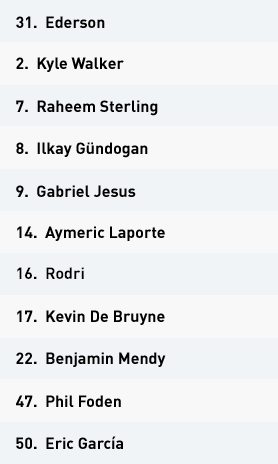 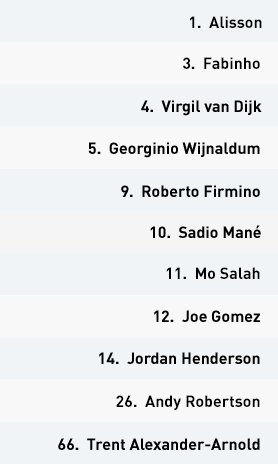 Pep Guardiola set his Manchester City team up in a 4-3-3 formation, led by the front three of Phil Foden, Raheem Sterling and Gabriel Jesus, when they had possession. Liverpool operated in their usual 4-3-3 while out of possession, and Jürgen Klopp fielded a full strength XI despite the title already being secured.

City sought to play through Liverpool’s high press by using Ilkay Gündogan, Rodri, Kevin De Bruyne and Foden to form a midfield box and create a four-on-three overload against Liverpool's midfield. Sadio Mané and Mo Salah initially pressed City's central defenders, and Roberto Firmino pressed Ederson, but they found themselves played through via the double pivot formed by Gündogan and Rodri. The front two in City's midfield box were wider than that double pivot, which invited De Bruyne and Foden to play in the half-spaces. Against Liverpool's midfield triangle, the wider positioning of De Bruyne and Foden gave Fabinho increased distances to cover when travelling between them.

Jesus and Sterling prioritised preventing Liverpool's defenders from advancing and contributing in midfield, so Liverpool were instead forced to adjust by Firmino withdrawing into a deeper position to towards one of those in City's double pivot, and Henderson taking the other. Georginio Wijnaldum and Fabinho therefore took De Bruyne and Foden.


City adjusted again by positioning Gündogan between central defenders Eric García and Aymeric Laporte, and building with a line of three, and through De Bruyne withdrawing to alongside Rodri. The presence of a third central defender increased the spacing of City’s first line during their build-ups, giving Salah and Mané increased distances to overcome before pressing the outside shoulder of those wider defenders to restrict passes to their full-backs. Firmino also had an opponent to press, so two midfielders had to take De Bruyne and Rodri. If that left Fabinho to take Foden, City still succeeded in playing into the half-spaces towards Sterling or Jesus.

De Bruyne and Foden proved to be City’s most influential figures. Both frequently received possession between the lines and in the half-spaces, by starting off centrally and pulling away towards the blindside of their opposing midfielders to find spaces. Once on the ball they carried it with purpose, drawing defenders and creating space for their teammates.

De Bruyne made several overlapping, unselfish runs that drew opponents away from the ball and created spaces for other passes to be played – doing so contributed to City’s second goal, and Foden did similarly when scoring their third. Off-the-ball movements from Sterling and Jesus also created great angles for passes from their teammates, but Sterling’s first touch too often disappointed when he might otherwise have had a goalscoring opportunity. Fabinho moved into Liverpool's defence during the second half, to replace the unimpressive Joe Gomez, but City continued to pose a significant threat, particularly during transitions.

Liverpool were organised by their manager Jürgen Klopp into their preferred 4-3-3 formation, and on this occasion Jordan Henderson, Fabinho and Georginio Wijnaldum formed their midfield. Their hosts, and rivals, Manchester City defended with a 4-4-2, through Kevin De Bruyne advancing to alongside Gabriel Jesus.

They attempted to target Eric García, owing to the central defender's inexperience, by playing early balls in behind City's defence and towards their front three, but doing so brought mixed success, partly because García often proved capable of dealing with the threat posed. That front three adopted narrower-than-normal positions, in an attempt to prioritise making those, often diagonal, runs; long passes, particularly, were often attempted from the right and towards Sadio Mané.

Liverpool also often sought to play from their defence and through midfield, but City's defensive organisation made it difficult for them to do so; De Bruyne or Jesus would close down the in-possession central defender, and the other moved to towards Fabinho. Ilkay Gündogan and Rodri could therefore take Henderson and Wijnaldum from within a shape that regularly consisted of two wide midfielders and two full-backs across the pitch, ultimately preventing Liverpool from attempting to create two-on-ones in wide areas.


Even when Fabinho moved to between Joe Gomez and Virgil van Dijk to create a three-on-two against De Bruyne and Jesus, to encourage his teammates to advance into half-spaces, three-to-four passes were often required to create that, and Liverpool regardless struggled with the phase beyond that because of their limited movements in midfield. Uncharacteristically, their front three's movements were also one-dimensional.

De Bruyne's positioning alongside Jesus also meant that, in the moment of transition, City were able to access their most influential player with an early pass, and therefore to use his creative qualities to create an opportunity on the break. The introductions of Naby Keïta and Alex Oxlade-Chamberlain injected more dynamism into their midfield and gave Liverpool an increased attacking threat. They sought to carry possession, and in doing so drew opponents towards them and created spaces for those further forwards, ultimately creating a period of improvement, but at a time when even a draw was beyond their reach.