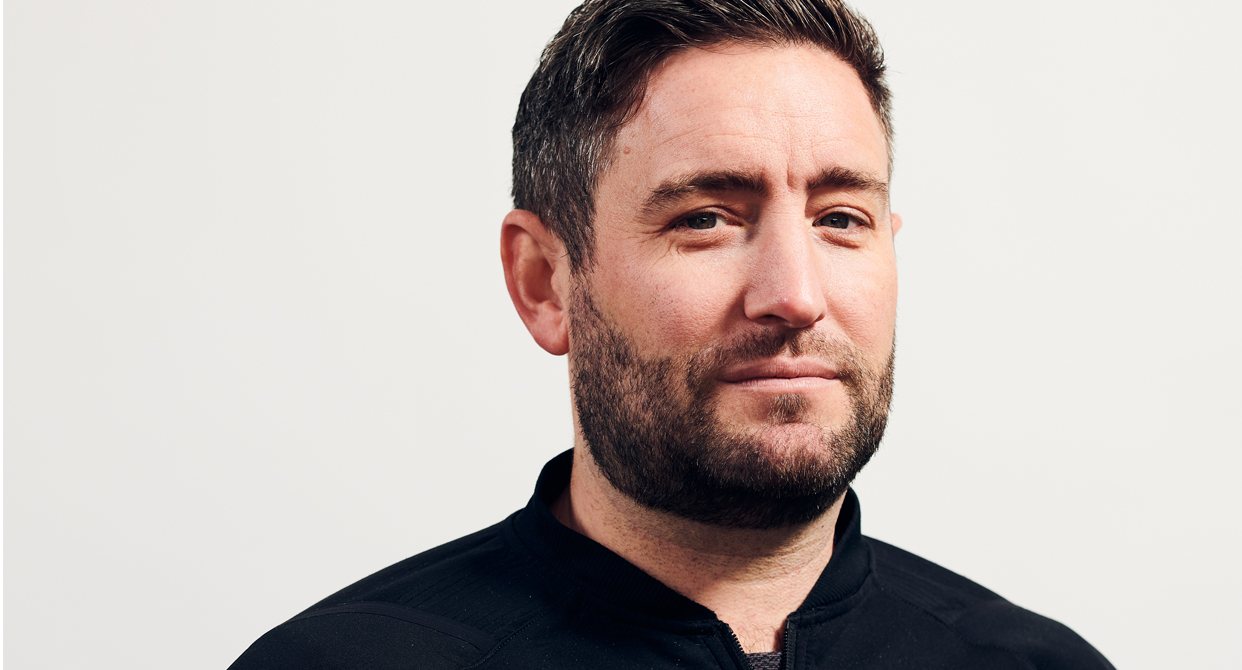 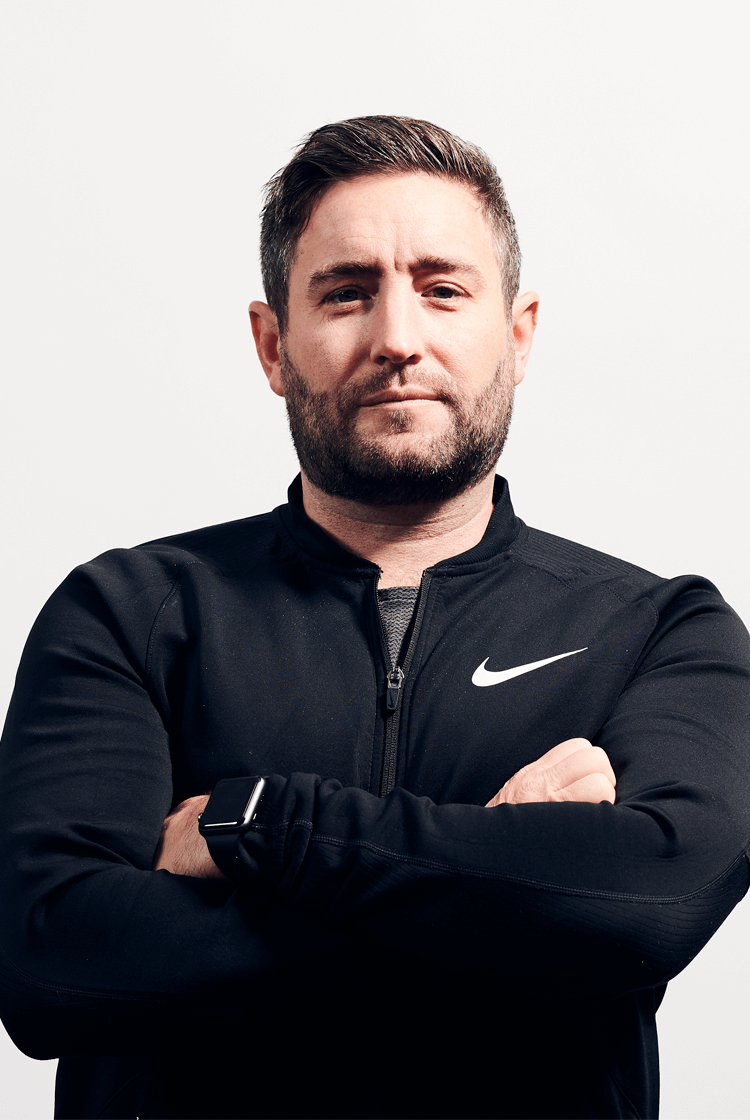 Bristol City had become an important part of my life in my playing days.

I played there for six years between 2006 and 2012, and had some success there. In my first season we won promotion from League One into the Championship, and then a year later we just missed out on promotion to the Premier League when we lost to Hull in the playoff final.

I built up a strong relationship with so many people there: the fans, the coaches, all the staff.

That was the beauty of Bristol City – they stick by people. And lots of the people who I got to know when I was playing there have stayed for a long time – they were still there when I got the opportunity to go back.

My mum, my dad and my nan were all still in the area, and my daughter had been born there, so I knew my family situation would be good in Bristol. It’s a great part of the world.

I was happy at Barnsley, and there was never going to be a great time to leave, but when I got offered the manager’s job at Bristol City in February 2016, I was very happy. It was too good an opportunity to turn down.

When I agreed to take the job, the team was in the relegation zone in the Championship, having been promoted in the 2014/15 season. The first job was to get them out of there.

There was a quick-win mentality. Short-term thinking. There was just a short period of time to get through without worrying about anything other than the results.

I was told: “Do what you believe is right to get wins on the board – and fast.”

We had a good squad at the time. There was definitely quality in the group, and I wanted to help the individuals and the team realise their potential. The club had a lot of loans, which brings challenges as you move towards the end of a season.

Fortunately, we got the wins we needed, and we were able to steer the club clear of relegation.

After we had secured survival at the end of the season, and the loan players had returned to their parent clubs, we decided to place more focus on developing and nurturing good young players – some of whom we purchased – while also striving for progression and success in the Championship.

The key stakeholders at the club wanted a younger profile of player coming through the door. They accepted that there would be difficulties with doing so.

A lot of the players who we signed weren’t accustomed to playing in the Championship. They were either young players or overseas players without experience in England. It became a real up-and-down journey, but I truly believed in the players’ potential.

“Bobby Reid had only ever played as an attacking midfielder or a deep-lying midfielder. I told him he could be a number nine”

In the 2016 summer window, we signed the likes of Callum O’Dowda from Oxford, Josh Brownhill from Preston, Tammy Abraham (above) on loan from Chelsea and Hordur Magnusson from Juventus B. There was little Championship experience there, but they all proved their worth for us and have all since gone on to play at a high level.

We started the season very well, but then we went on a bad run.

It was a real test for us, and we learned important lessons. From a coach’s point of view, it really is key that you stick to your values and believe in the principles of play you have been promoting. This saw us through in the end and we secured survival and a higher-placed finish than a year earlier with a great win at Brighton in the penultimate game of the season.

It also became clear how important it was to show belief in the individual players.

When you have young players playing in the Championship, in new – and big – stadiums, with new ideas from their coach, the pressures of performing, settling into the culture of the club, dealing with social media’s fickle nature, it is a challenge to try and maintain consistency.

Thriving at the end of the season was really important, because we gained a lot of experience together. That helped us a lot, because the following season we had a very good year filled with positive experiences.

One factor for this success was that, over the summer of 2017, I made a big decision in changing Bobby Reid’s position.

“We ticked every box at Championship level”

I sat him down and explained that I believed he could be a number nine. It clearly came as a real shock to him.

I promised him every game in pre-season up front to try things out.

There was a bit of design on our part, because we chose to play teams at a lower level than us to build his confidence. Even so, the way he took to his new position was brilliant. He performed extremely well and scored 10 goals in pre-season.

The main thing he changed for us was that he gave us the ability to press from the front and play with a high line.

We had some new players to add to the group who had the experience of the previous season and, with Bobby (above) up front, we could really bed in to playing with this new philosophy. He also worked really well with Famara Diédhiou, who we signed in the summer from Angers in France – the same club we had signed Jonathan Kodjia from, who we ended up selling to Aston Villa for £15m.

I felt that 2017/18 season was our best shot at promotion in my tenure.

We ticked every box at Championship level. We were quick, we were exciting, and we had players who were a threat at set-pieces. With everybody fit, I had good options to choose from.

We made a really strong start to the season. Bobby was scoring goals and playing really well, and the system worked too.

We went on a great run, winning eight and losing only one of 11 league games up to Boxing Day, leaving us second in the table. We were around the top after 23, 24 games. We really started to believe.

At the same time, we also had a League Cup run and really showed our Premier League quality by making the semi finals. We beat four top-flight teams along the way: Watford, Stoke, Crystal Palace and José Mourinho’s Manchester United.

They all played strong teams, too. In the United game, Anthony Martial, Paul Pogba, Marcus Rashford, Zlatan Ibrahimovic and Daley Blind were all starters. But Korey Smith popped up with a 93rd-minute winner (above). That is the game that will stay in the memory for many Bristol City fans for a long time – it secured Korey legendary status with them, too.

We drew Pep Guardiola’s Manchester City (below) in the semi finals. We performed really well and took 8,000 Bristol City fans to the Etihad, but two legs against that team was a step too far for us. It was a great experience for the players and the club, though – and for me too.

“Unfortunately, injuries got the better of us that year, but it was probably the best football we played during my tenure”

And that was about the time our league form started to suffer.

Some of my mentors had suggested this cup run could be a problem in the pursuit of our goal of promotion. They were right, as we ended up with nine operations through contact injuries and fell away in the league.

Every coach has to think about and live with the decisions over the intensity of their training, the speed of their press in matches. The quicker it is, the faster it is, the more potential there is for injury.

Unfortunately, injuries got the better of us that year. We missed out on promotion and finished the season 11th – but, at the same time, it was probably the best football we played during my tenure.

Inevitably, that team was broken up through big sales. Bobby Reid, Joe Bryan, Lloyd Kelly, Josh Brownhill, Hordur Magnusson, Marlon Pack all end up going for big money. We signed Adam Webster the year after; he was a top player for us, and a top lad, but he moved on to Brighton for £20m-plus after one full season. Aden Flint was huge for us, too. He scored 38 goals in five years with us from centre-back, before Middlesbrough came in for him and he was sold.

So, we were forced to constantly find a way to evolve and improve the team. We were given funds to invest in the talents of Tomas Kalas, Kasey Palmer, Han-Noah Massengo and Jay DaSilva in our efforts to reinvent the team, which was a challenge I enjoyed. But during this spell, I do think we slightly overtraded.

Even though we didn’t manage to achieve our ultimate goal – promotion – I was very proud of the staff and the players, and the effort they put in throughout my time at Bristol City. I believe that, due to our collective hard work, my time at City was a success.

I mean that both financially, in terms of infrastructure, but also in terms of the young players coming through. Mark Ashton, a fantastic CEO who I had a very strong relationship with, was a pleasure to work with.

One of the successes, for example, was that we had about 15 or 20 back-up players who still retained their value thanks to a lot of good work by the academy staff. The likes of Brian Tinnion, who we brought across from the academy offices to be head of player development and loan liaison, became an important part of the club. It is a business now – effectively, young players can provide an income for the club moving forward, and certainly keep the academy running for many years to come.

I was so proud to spend such a long time at City. By the time I was sacked in July 2020, I was the longest-serving manager in the Championship.

I think longevity is really important. Communication is key throughout the club. You have to work as a collective.

When it becomes a collective effort of everybody, absolutely everybody at the football club, from the fans all the way through to the kit ladies who work so hard – when everyone comes together like that, it’s a beautiful thing.

It was my job to get everyone pulling in the same direction. To inspire the community to get behind the team, and make sure that everyone comes to work in a great environment. I think we managed to do that.

It was a fantastic period in my life, and a great learning experience as well. As a result, Sunderland – my next employer – has a more experienced, more streamlined and increased-capacity version of me.