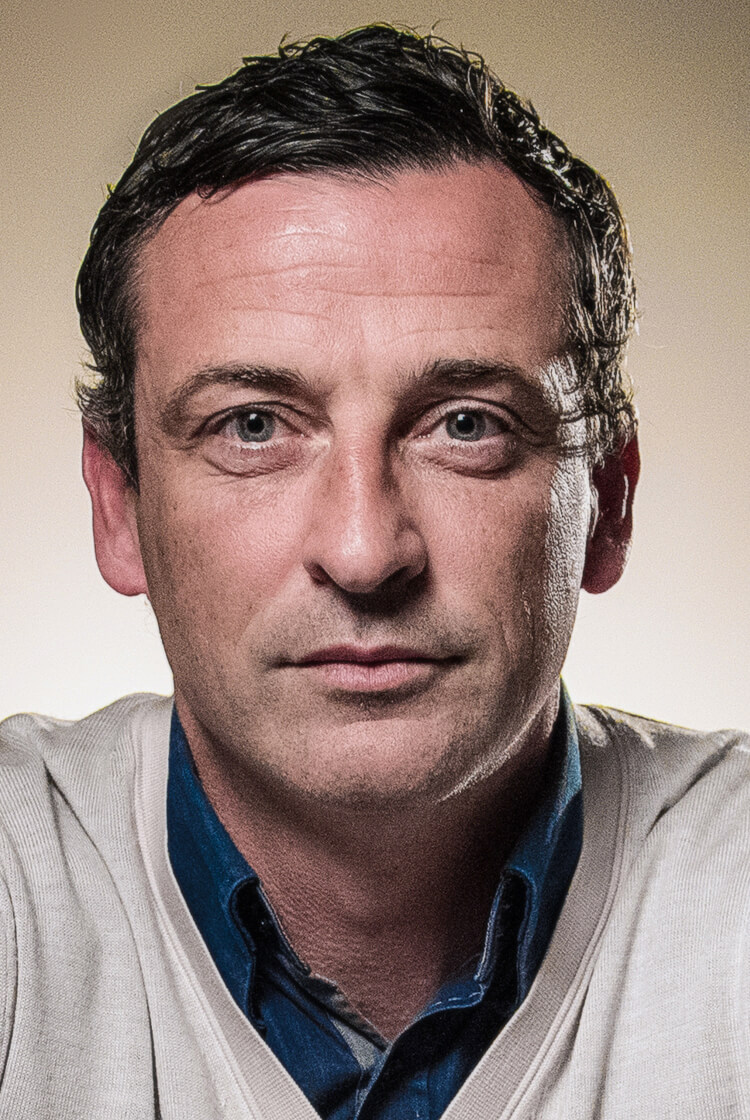 For every person who told me what a great club this is, there was another who told me: don’t do it.

I had to weigh things up. Assess whether Sunderland was the right fit for me.

It meant leaving St Mirren – a job I loved, and where I was so excited about the challenge that lay ahead in the Scottish Premiership. It meant moving family – changing the kids’ school and the area we lived in.

It was a big decision. And because the club’s new owner wanted a manager in place quickly, I only had a couple of days to make it.

At the time, I was on holiday with my wife and children, so it all felt slightly surreal. But I suppose that meant I had fewer distractions, greater clarity of thought, when making that decision.

I went with my gut.

Because I understood the potential if I get it right.

As soon as the decision was made and everything agreed between the two clubs, it became difficult to enjoy the rest of my holiday. Every single thought I had was on this job.

And, at that time, this job was a big task. For a lot of different reasons.

The day after we got home, I came down to the northeast. The players weren’t around – they were still on holiday – and there weren’t that many people at the training ground, but I spent most of the next month here.

The club was going through a huge transition. Not just on the playing side, but also with staff and the ownership. So it was important I was here to try and build relationships with the people I was going to be working with. And to get a real feel for the club.

Until you’re right in it, I don’t think you fully appreciate the size of it. Or how passionate the people around it are – what Sunderland means to them, and how much they deserve success.

"There have been times where we’ve had a couple of bumps. That’s when you feel it – a sense of oh, here we go again"

During those first few weeks, I remember phoning round all the players. I wanted to introduce myself and get a feel for where they were at. They were probably thinking: “Who’s this daft Scotsman calling in the middle of my holiday?”

I knew that some of them weren’t coming back. But I was keen to learn as much as I could about what I was going to be dealing with from the first day of pre-season.

There’s a balance to that, though. I did a lot of homework on the players – watched a lot of footage – but I purposely didn’t seek opinions of them from anybody. I didn’t want to be prejudiced against them in any way before I’d had a chance to work with them.

I’m glad I did that, because I found a large number of them maybe very different to what some people’s opinions would have been. I think the players appreciated it too, because they felt they were being judged solely on what they were doing on a daily basis for me and my staff. It felt fresh.

When you’ve had the seasons that this club has, it’s only natural that you’re going to come in to an environment that’s not as positive as it should be. People have been used to not winning. It’s not an easy thing to turn around.

There have been times, even during pre-season, where we’ve had a couple of bumps, and that’s when you feel it. There’s a sense of: “Oh, here we go again.” Not just with players, but within the whole club too.

During those times, your consistency of behaviour becomes really important. You can come in to the job with an initial positivity, but if you feel like you’re not making progress, there’s a danger that can wane.

During the journey I’ve had in coaching and management, I think I’ve developed a behaviour that remains consistent, regardless of the result. Post-match is slightly different, because it can be a bit more emotional; but once the dust settles, I don’t think you can fluctuate massively in how you treat players based on whether you’ve won or lost, because they’ll take their lead from that.

"Stewart asked me, does this place make players pampered, soft and overprivileged? I said only if you have the wrong players”

There were two key questions that the club's owner, Steward Donald, asked me when he was bringing me in. They were pretty closely linked.

The first was about recruitment. Did I want to bring someone in to help with that side of things? We faced a huge challenge in that respect: the squad was going through a big transition in a short amount of time. Given that most of my playing and coaching career had been in Scotland, I knew it was important to bring in someone who had a strong knowledge of English football.

That was former Watford and Manchester City goalkeeper Tony Coton. I did my homework on him, as I’m sure he did on me. I met him, and liked him. He’s vastly experienced as a player and in his post-playing career, but even he said he’s never faced a challenge like that before. I don’t think either of us ever will again.

It was tough going, getting the squad to where it was at the start of the season. We were looking for players with important attributes. The playing ones speak for themselves, but there were aspects of their personality that I knew I wanted the players to have.

Which brings me to the second key question Stewart asked after showing me around our brilliant training ground, the Academy of Light.

“Is this place actually part of the reason the club has been on a downward spiral – because it’s so good? Does it make players pampered, soft and overprivileged?”

My answer to that was: only if you’ve got the wrong players in the building. If you’ve got the right ones it’s a platform for excellence, because it gives them every opportunity to be the best they can be, if they use this place properly.

I wanted players who were delighted to be here. Brilliant club. Unbelievable facility. Players should walk in here and say: “Wow. What a place this is to come and work as a footballer.”

"I’ve never shied away from targets as a manager. Rather than avoid pressure, it’s about being resilient enough to deal with it"

We also had to have players with the courage to play here. It’s not easy – there are big demands on them, particularly in our stadium. The home record wasn’t good and I was aware that the atmosphere within the stadium had been difficult. We needed players who would continue to take responsibility.

Players who would continue to take the ball. To make decisions in a game that might not always be right, but to have the courage to go and do it again.

Now I’ve got a squad of footballers who are grateful for this. Who are embracing the challenge and the opportunity. I think that’s reflected in their performances.

We’ve come a long way from the first day of pre-season, when I had 10 or 11 players come through the door. Some had left the club, as we knew would happen. Some had extra time off after the World Cup. We had some loan players who had gone back to their clubs.

Some just didn’t turn up.

In an ideal world, I would have used that first day to sit the players down and drive home the important messages I wanted to get across. But there was no point. Because that was never going to be the group we were going to work with.

I knew there might be a perception that by not having that meeting on day one – by not telling the players, this is who I am and this is how I do things – that you don’t know what you’re doing. But you have to trust in yourself enough to know that you can show your abilities within your work.

Then you can pick the right moment to say: “Okay, you’ve seen how we work. These are the key messages to for us to keep driving forward.”

"I have a tendency to overthink things. It can be an advantage, but the negative side of it is: how do you switch off?"

One of those has been our aim for this season. I spoke to the players about it as soon as the squad was settled.

We’re targeting promotion. We speak about it every week. That can be formally, within our meetings – or informally, with messages passed on within the group or in the changing room before a game, when people are motivating each other.

I’ve never shied away from targets as a manager. I’ve always put them out there. Does it invite more pressure? Possibly, but there’s pressure on us to perform and win every week. Rather than avoid the pressure, it’s about being resilient enough to deal with it.

I only developed that mental resilience late on in my own playing career. And since moving into coaching and management, it’s something I’ve tried to become more knowledgeable about.

When I was younger, I would have said that mental strength is inherent. Something you either have or you don’t.

But it’s abundantly clear that you can absolutely strengthen your mindset if you listen to the right people and train your mind in the right way.

I have a tendency to overthink things. It can be an advantage, because you feel as if you’re thorough in your work and that the decisions you make are well thought out. You still might get them wrong, but at least there’s a thought process behind them.

The negative side of it is: how do you switch off?

I’ve become a lot better, not necessarily at switching off, but at understanding my own mind. I worked with a gentleman called Gavin White at St Mirren, who’s a brilliant sounding board for me. He works mostly in the corporate world with businesses and executives, but the same things can apply to football.

Sometimes we just have a general chat, sometimes it’s about challenges I’m facing and how I can understand and deal with them better. I’m reading a book called The Chimp Paradox at the moment, and that’s probably as good a book as I’ve read in that respect – clarifying what goes on within your own head and how you maintain that clarity of thought.

I’m proud of how far that hard work has taken us in a short period. But now we have to get better.

This job is a bit like turning an oil tanker: a big, strong, powerful thing that’s moving in one direction. We’ve got to get it to stop, turn it around and get the momentum going the opposite way.

That’s not easy. It takes a lot of work to do it.

But I think we’ve turned it. Now it’s about getting it moving in the right direction.