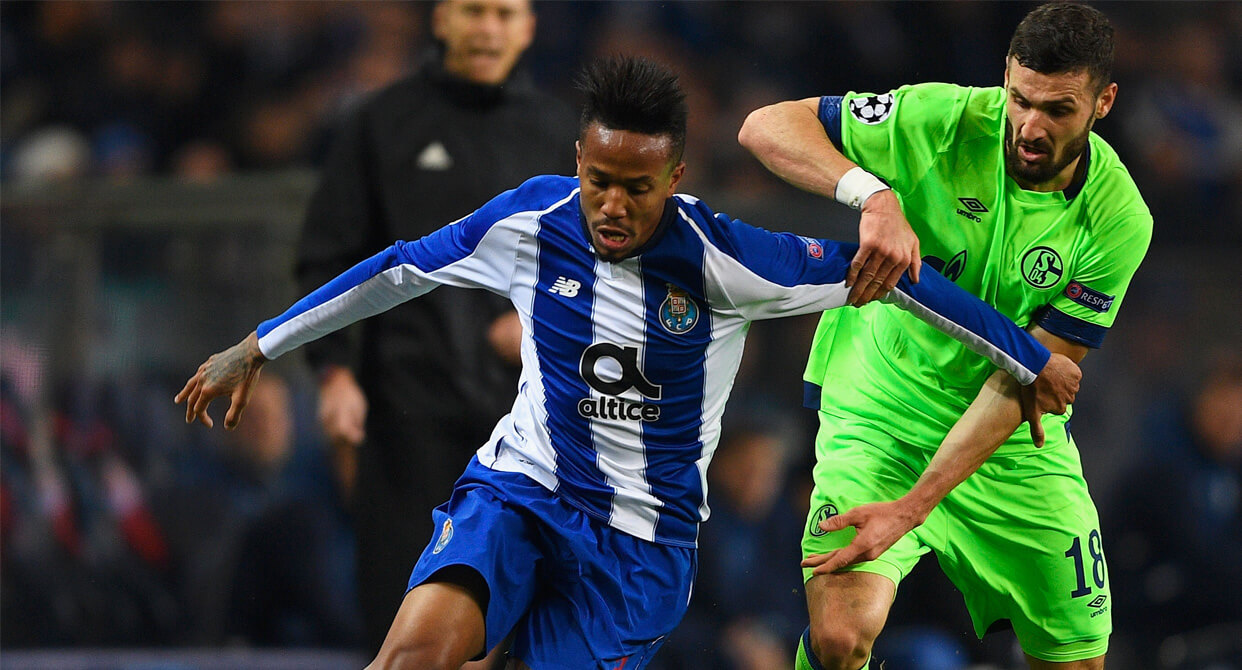 Profile
Born in the Northern section of São Paulo, Éder Militão represented the youth teams at São Paulo Futebol Clube throughout his childhood. Quickly developing, the defender made his club debut aged 18 in an Under-20 tournament, before his professional debut followed the next year.

Militão went on to make 35 appearances in the Campeonato Brasileiro Série A – Brazil’s highest domestic league – initially playing in central defence. His versatility meant he was utilised at right-back towards the end of the 2017 season, then becoming the first choice for the start of the following campaign.

He wouldn't see out the 2018 Série A campaign, as various scouts from clubs across Europe were vying for his signature. In August 2018, Militão moved to Portuguese champions FC Porto for £6m, agreeing a five-year deal. The Brazilian defender immediately settled into his new surroundings, assisting the first of three goals in a comfortable debut victory over Moreirense.

Just a month after joining Porto, Militão was awarded his first ever senior cap for Brazil, playing the full 90 minutes in another comfortable debut – a 5-0 victory over El Salvador.

Since then, he has been a constant presence for Porto, playing 34 times in various cup and league competitions. Similarly to his time at São Paulo, Militão started out as a central defender – often partnering fellow Brazilian Felipe – but he has since been moved to right-back amid their head coach Sérgio Conceição alternating between a 4-4-2 and a 4-2-3-1.

Just as Porto progressed through to the quarter finals of the 2018/19 UEFA Champions League, Militão agreed a lucrative six-year contract to join Spanish giants Real Madrid, becoming Zinedine Zidane’s first signing in his second spell at the club.

Tactical analysis
Militão’s versatility is a huge asset for any defensive player. Key injuries to personnel can quickly undermine a consistent defence. But if that unit has multiple options, the relationships between players are more likely to remain solid and consistent – a key trait of elite back lines.

He stands at 186cm, which isn’t particularly tall for a central defender, but he remains imposing for a full-back. His added height out wide provides another defensive advantage, as he can attack diagonal balls with ease (above).

Should opponents target full-backs in either open play or during set-pieces then Militão offers added aerial protection. Not that this necessarily applies to his performances in central defence – especially when up against a powerful striker – which means a more aerially dominant central defensive partner may be required.

Despite his size, Militão is relatively nimble and hasn’t been particularly exposed by fast, mobile wingers. His ability to defend along the touchline is very good for his age, as he can delay attacks, block crosses, and force the ball out of play with his strong upper body. When one-on-one against runners he's excellent at timing when to cut his run across an opponent (above), helping him to reach loose balls or long aerial passes. This is significant against quick forwards, who look to run directly in behind.

He has occasionally struggled against wingers who prefer to start wide, but then cut inside with the ball – usually a trait of wrong-footed wide players. Shifting his weight from right to left causes an imbalance, which can then lead to an inability to take possession away with his left foot. Sometimes he will therefore attempt to use his stronger right foot to tackle, which leads to an even more awkward body shape. Any wide attacker who is capable of cutting inside and dribbling diagonally towards goal may find themselves beating him in a one-on-one situation.

Despite being predominantly renowned for his defensive attributes, the Brazilian youngster has on rare occasions played further forward in a defensive midfield role. When part of a back line, Militão can offer accurate longer diagonal passes out to the far side (below) – across to a winger running in behind, or a vacant wide midfielder. His short build-up play needs refining, but his ability to hit longer balls is already of a high standard.

Role at new club
Militão follows fellow defenders Pepe and Danilo in joining Real from Porto. He will slot into Real’s back line as an initial back-up to the likes of Raphaël Varane and Sergio Ramos in central defence, mainly competing with Nacho as the first choice for rotation.

He will face initial competition at right-back from Dani Carvajal, who has long been Zidane’s first choice, but with Carvajal one of Real’s poor performers last season, he may find himself as the first choice before long.

The signing of Alvaro Odriozola was curious, with the young Spanish defender rarely featuring in his first season in the Spanish capital. With Real likely to spend further on more advanced players – and thus looking to sell some of their unwanted assets – Odriozola could be among those to depart, leaving Militão to show Zidane what he can offer over Carvajal.

Should Zidane look to bring the average age of the starting XI – and particularly the back line – down, then adding Militão into central defence early could help form a more powerful, longstanding relationship with the likes of Varane and Sergio Reguilón (aged 22). This would then mean reducing game time for the likes of Ramos and Marcelo – both key components of Zidane’s previous successes.

But this may be a necessary decision. As rivals Barcelona are showing with some of their more recent signings of Frenkie de Jong (22), Ousmane Dembélé (22) and Arthur (22), long-term projects with up-and-coming starlets could well be the way to follow up the prolonged success that Zidane had at Real Madrid the first time around.