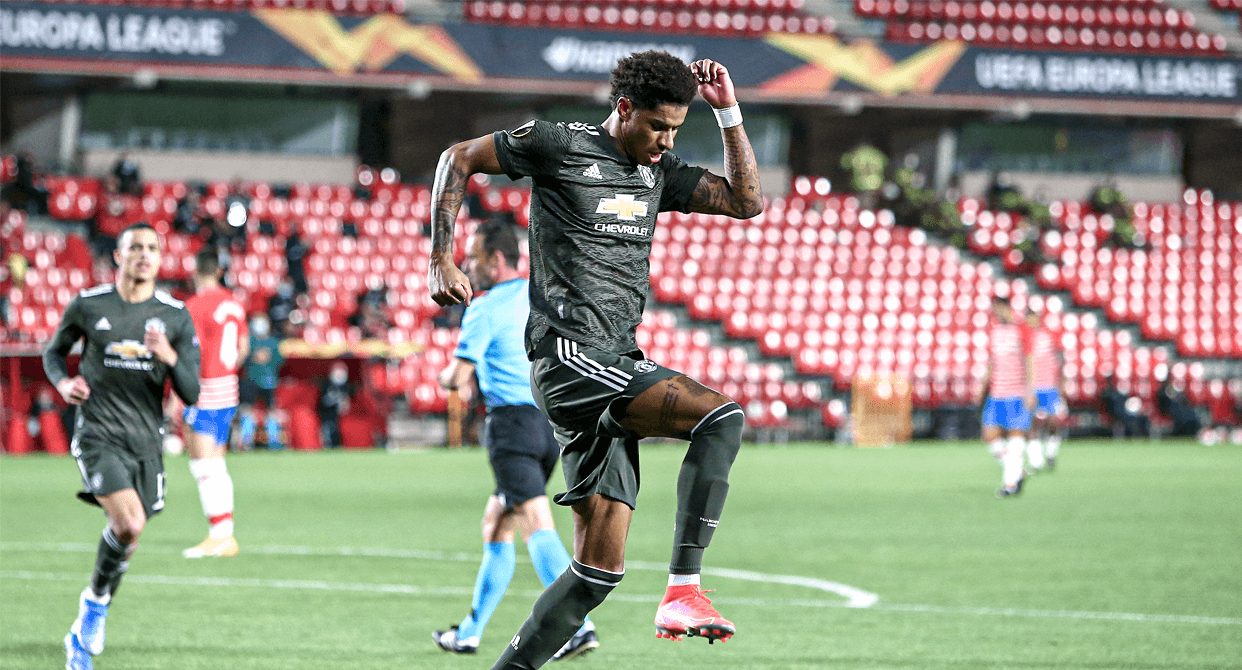 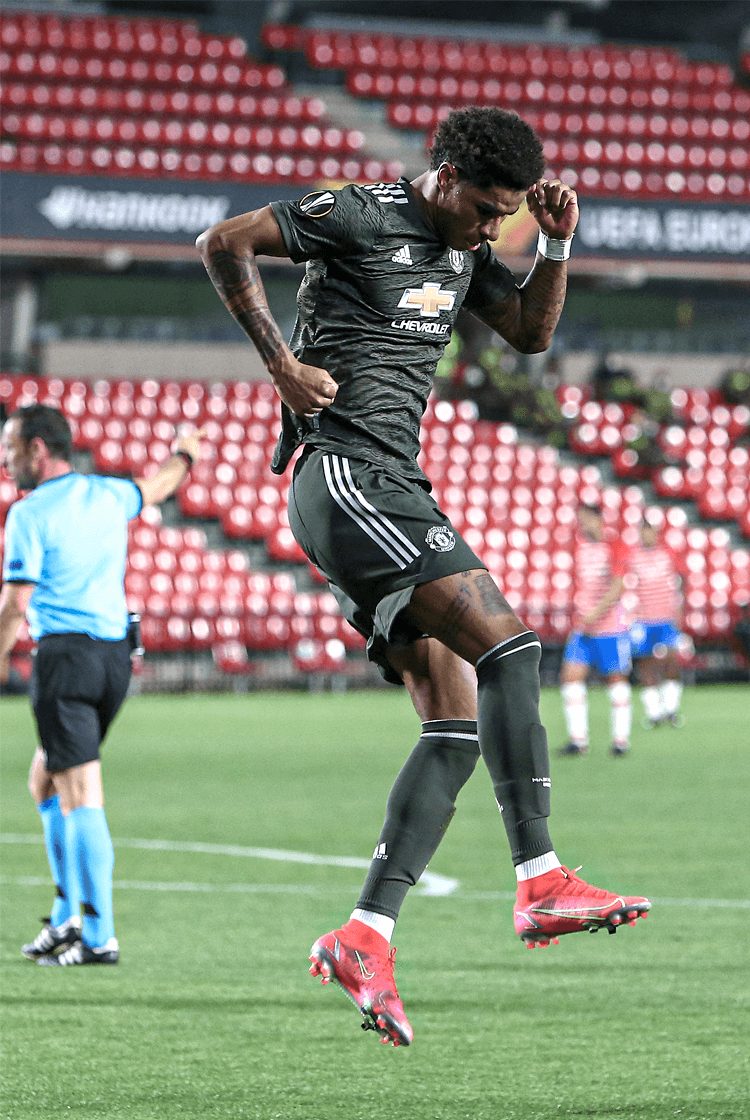 Manchester United took a significant step towards reaching the final four of the Europa League when they built a two-goal advantage to take into the second leg of next week's quarter final with Granada. Marcus Rashford produced a superb finish during the first half, and Bruno Fernandes scored from the penalty spot in second-half stoppage time, giving their Liga opponents a difficult challenge to overcome at Old Trafford if they are to instead meet Roma or Ajax in the semi finals. "We know how difficult it is to come to Spain to get a result like this and I'm very happy with the result," said United's manager Ole Gunnar Solskjaer. "It's still a young, learning team and we have to improve all the time. It catches you so quickly if you rest and we can't have any other approach other than to go forward and try to score goals (in the second leg)." After beating Real Sociedad 4-0 in February, United have won consecutive away games in Europe against Spanish opposition for the first time ever. 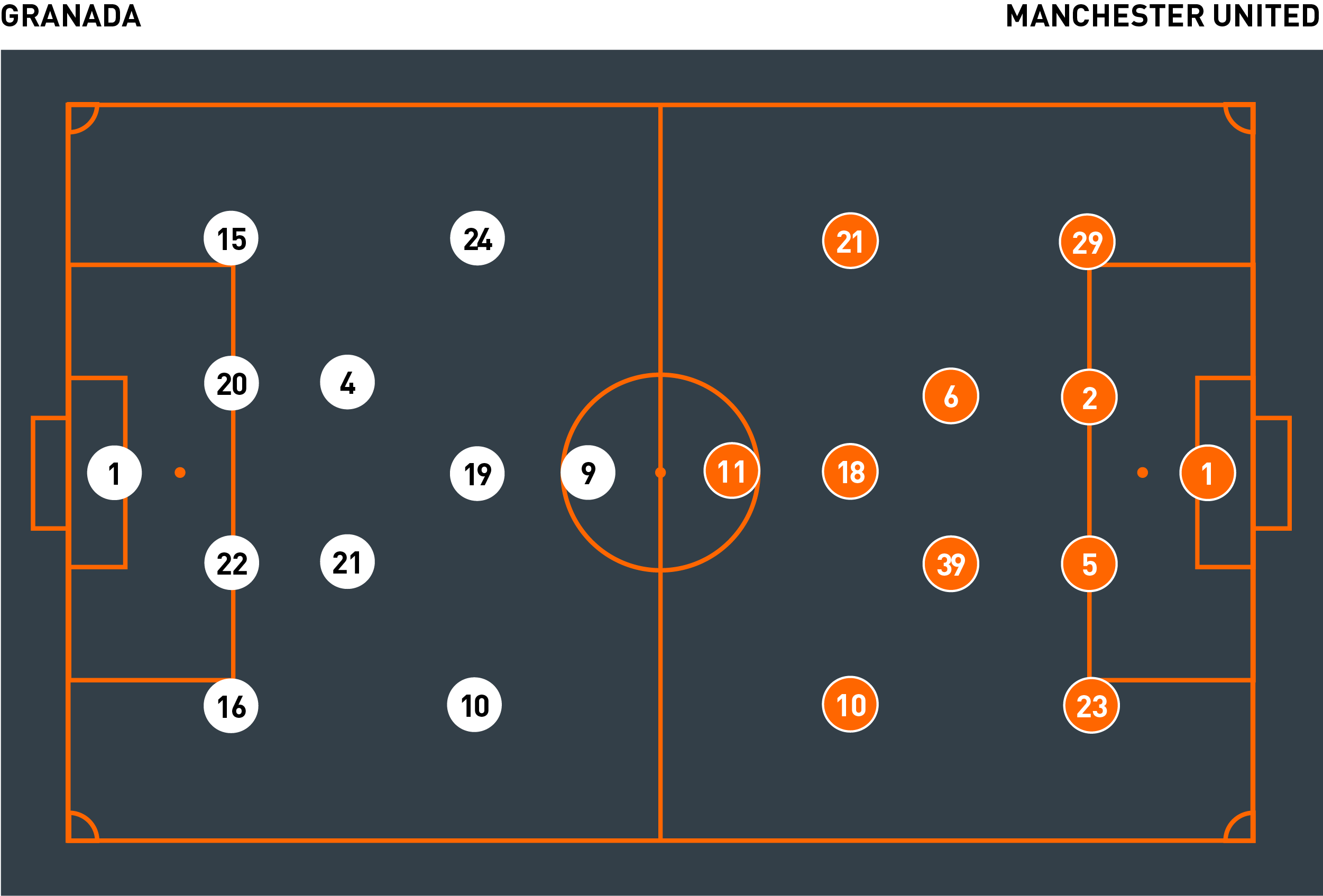 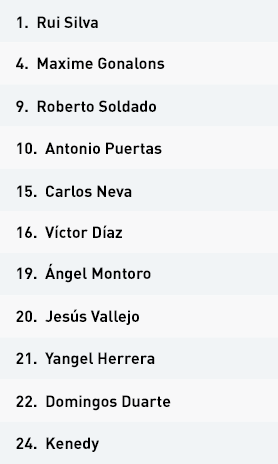 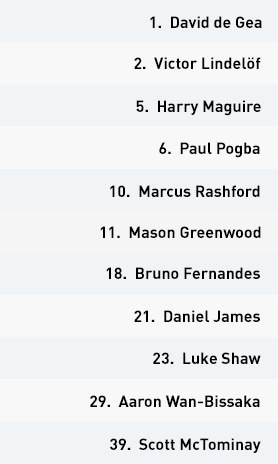 Diego Martínez set Granada up into a 4-2-3-1 formation led by Roberto Soldado. Their opponents, Manchester United, defended with a 4-4-1-1, via their wide forwards withdrawing back into midfield, or retained their in-possession 4-2-3-1.

United often succeeded in negating Granada's attempts to attack, and regularly won possession at the second or third phase of those attempts. If instead remaining in their 4-2-3-1, they were content for Granada to move possession in defence and midfield without particularly applying pressure to the ball, and therefore to instead prioritise screening spaces and cutting passing lanes.

When Granada were attempting to build attacks, their defensive midfielders Yangel Herrera and Maxime Gonalons worked together to support the defenders behind them by creating clear passing lanes, and the attacking players in front of them sought to create overloads to one side of the pitch while an attacker remained high and wide towards the other. When possession progressed upfield, Herrera played in a more advanced position to support the relevant attack, and Gonalons remained withdrawn to provide security and to help switch the point of attack.

After starting with a promising grasp of possession, Granada regularly found themselves without it, so if it moved towards the right, Antonio Puertas would play outside of Víctor Díaz, and Soldado would remain advanced to offer a direct outlet. When regains were made they quickly transitioned into counters in an attempt to attack before United's defenders could reorganise into their compact shape. They moved from narrow to wide positions, intending to draw United's defenders as they did so and, given Aaron Wan-Bissaka and Luke Shaw adopted high positions, creating the potential to play through or around their back four. It was a lack of technical quality on penetrative passes into the penalty area that prevented them from creating the goalscoring chances they otherwise could have.

If regains were made in deeper, central positions, Carlos Neva charged into the space vacated by the advanced Wan-Bissaka, and Gonalons would seek to quickly play direct, driven passes into the path of his attacking teammates' runs. If they instead needed to progress through an organised defence, they willingly engaged one-on-one; Puertas, for example, drove at Shaw and relied on his strength to resist pressure and create by playing the ball with power in the area.

United defended with greater aggression in the early stages of the second half. They swiftly applied intense pressure to the in-possession player, to deny Granada the opportunity to settle. Forward play from midfield was designed to bounce possession into and off of Soldado, but because of a lack of support his passing options were limited, and possession was regularly conceded.

Manchester United were organised by their manager Ole Gunnar Solskjaer into a 4-2-3-1 formation built on the double pivot provided by Paul Pogba and Scott McTominay. Their opponents, Granada, mostly defended with a 5-3-1-1, but also adopted a narrowly more positive 4-4-2 if United had the ball in deeper territory.

In the earliest stages, United struggled to retain possession, but when transitioning into an attack from deep they did so with precision and pace. Pogba drove forward with the ball, and ahead of him, their four most attacking players adopted positions that invited passes to be played in front of them and stretched Granada's defence before they had reorganised into their out-of-possession shape.

When building from deeper territory, Pogba and McTominay remained withdrawn, Marcus Rashford and Daniel James started in the outside channels and ensured United's attack offered both height and width, Bruno Fernandes occupied a slightly deeper starting position, and Mason Greenwood alternated between doing the same and remaining advanced. By adopting positions at different heights, they combined to create passing lanes to both feet and ahead of those positions.

If a sustained period of possession was unfolding in the attacking half, United's defenders would also edge forwards into Granada's territory, and Aaron Wan-Bissaka would work to ensure they remained compact with his movements when United's defence shifted across and towards the ball in an attempt to box Granada in. When play unfolded towards the right, Wan-Bissaka, Pogba and James combined effectively; James moved infield to support Wan-Bissaka, who had also moved slightly infield, and James' dynamic movements created space further forwards and took him in behind Granada's defence after he exchanged possession with Pogba. By playing with few touches, United also succeeded in evading Granada's high press.


There were also periods when, if Granada were organised and defending with a mid-block, Fernandes would move even deeper to support Pogba and McTominay, giving Greenwood more space, and United the option of playing into his feet. They, regardless, demonstrated variety when attacking. Overloads were created in wide territory by the relevant full-back and wide forward; balls were played directly into the wide channels; play was switched at pace. A wider principle also involved United occupying both wide and central areas in an attempt to draw Granada out of their compact shape.

Pogba and McTominay occasionally adopted positions between central defender and full-back to both give those full-backs greater freedom and to provide defensive security as they did so. For all of the movements United offered, however, it was a well-placed pass from Victor Lindelöf and into Rashford's feet that created their opening goal.

Granada increasingly struggled to continue to apply the same high press with which they had started, when pressure was applied to the player receiving the ball in an attempt to intercept it as it was played, even if doing so risked conceding fouls. They therefore started to more regularly defend with a mid-block, but when possession was won, struggled to transition into attack,

Alex Telles, who replaced Luke Shaw early in the second half, and Wan-Bissaka continued to occupy advanced spaces in support of the wide forwards in front of them, and Edinson Cavani replaced Rashford to feature as United's central attacker and provide a direct passing option. His hold-up play, before possession was moved wide towards Telles, was influential just before they won the penalty from which they doubled their lead.